Photo of the Week 63

Posted in New York– Photos of the Week– USA
27 comments

This week was a rollercoaster of emotions. As I stepped off the plane from Myrtle Beach my stomach had already begun to tie itself into knots. I had a serious case of the sads: the last scheduled stop on my summer of fun was over. It was an indulgent few months where I engaged in excesses of spending, partying, and other forms of gluttony all in the name of breakup recovery. And it was over. A fairly typical case of post vacation depression.

Add to that the anxiety: While my summer was booked solid all along, my fall plans are still completely up in the air. And unfortunately right now I can’t solidify anything until I hear back on a job offer (which I’ll give more details on if it comes to fruition), the response to which will set in motion Plan A or Plan B and the periphery of mini plans that will snuggle in the corners. This feeling of limbo, of uncertainty, has been killing me. I mean, for one summer (especially one following a traumatic life event) I think it’s fairly acceptable to go home to your family, bum on friends couches and entertain a decadent travel schedule. However, there comes a point where you start to feel a little adrift and irresponsible and perhaps pushing the boundaries of others’ hospitality. A point where you need something significant, something real, something for you — whether its a fabulous job opportunity in a foreign country or simply another big adventure with a one way ticket to an exotic land.

So yeah, there was some serious moping going on. But then a funny thing happened. I realized I was in Brooklyn — one of my favorite places on Earth, hanging out with my Brooklyn friends — some of my favorite people on Earth. The kind of friends who fill my life with light and laughter and make me want to be a better version of myself, because that’s the kind of person they deserve to be friends with. And I spent the week with them, and with every conversation and hug and — ahem — wild night of mayhem I felt my anxiety about the future and my depression about the past lifting. As I walked to the train last night I couldn’t keep a smile off my face. I may not know the details, but I do know that some day very soon I’m going to be half a world a way from this place and these people I love once again, and I want to soak up every minute of happiness I can with them.

Hence, a bunch of photos taken while running around Brooklyn this week. 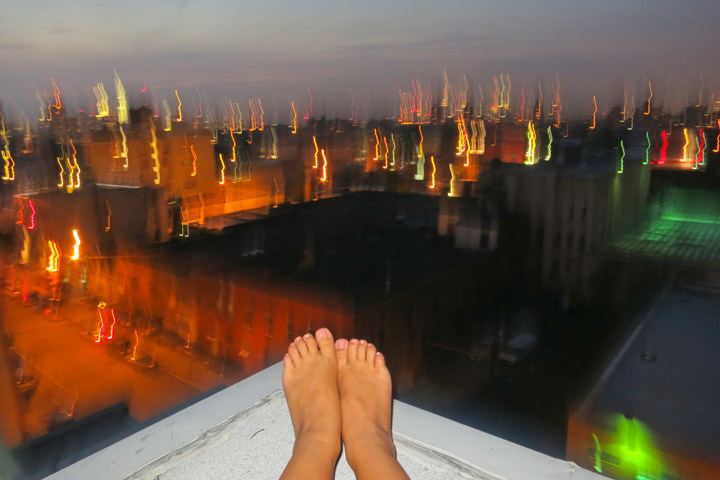 My friend Zoe and I climbed the fire escapes to the highest point of her roof and watched the sun set over Manhattan from her rooftop. My feet were there. 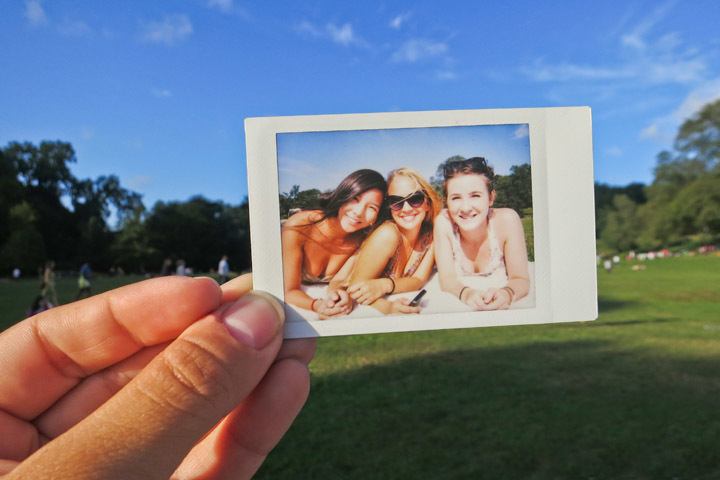 I love Polaroids, the antithesis of my digital life. And I love this picture in a picture. 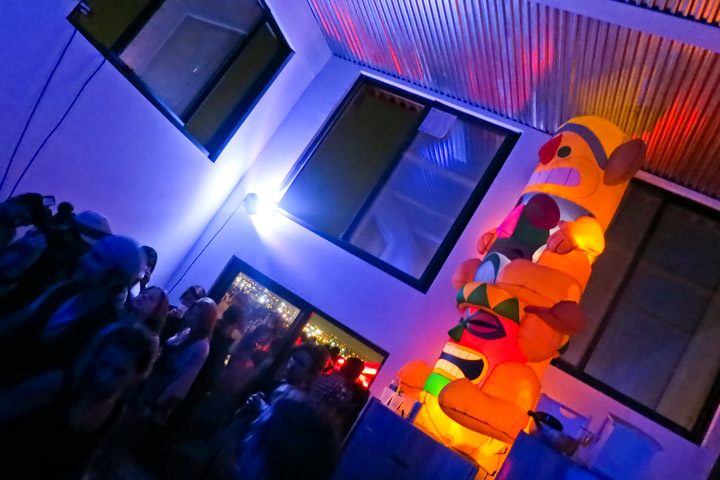 This crazy night at a Brooklyn warehouse party — what my parent’s generation may have referred to as a rave — ended with watching the sun rise from the roof in Photo A. This reminds me of one of the photos from Week 56. 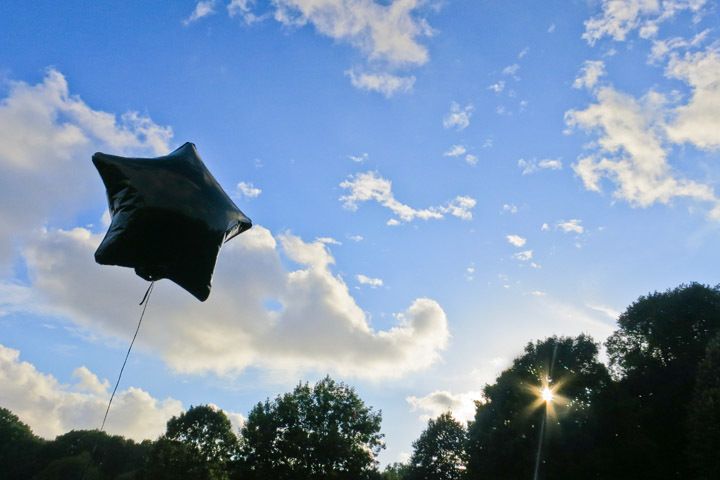 The weekend ended with a day spent lolling around Prospect Park. Perfect ending to a wonderful week.

Mind Blown: Glass Blowing at the Corning Museum of Class