Welcome to my newest ongoing series, The Departure Lounge! Here I’m going to delve into the preparations for long-term travel. Previously, I wrote about what gear I’m packing, and how I’m going to stay healthy.

“How much does your life weigh? Imagine for a second that you’re carrying a backpack. I want you to pack it with all the stuff that you have in your life. You start with the little things. The shelves, the drawers, the knickknacks, then you start adding larger stuff. Clothes, tabletop appliances, lamps, your TV. The backpack should be getting pretty heavy now. You go bigger. Your couch, your car, your home. I want you to stuff it all into that backpack.”

This speech from 2009’s hit movie Up In The Air stuck with me long after the film credits stopped rolling. About this time last year, I was packing up my apartment in order to sublet for the summer while I moved to Grand Cayman, and I was hit with the most overwhelming feeling of dread. I was being crushed, mentally and physically, by my own belongings. I vowed things had to change.

I have a hundreds, if not thousands (!) of things, a material possession collection I have built up over my mini lifetime. Throughout high school and my first two years of college I was a rampant spender, rarely denying myself anything I wanted and could afford. It was my first trip to Asia that slowed my consumerism, but I was still left with six years of buildup to deal with. With a move around the world looming after graduation, I knew I only had one choice: downsize.

And thus began the first year of my life in which more objects left my possession than came into it. Along the way I’ve thrown out mountains of garbage, sold thousands of dollars worth of merchandise and given away as much as possible. The results of selling your belongings feel amazing: I get my mental and physical space back, someone in the world gets something they wanted or needed at a good price, less goes into landfills, and some money goes into my travel fund.

Making a lifestyle change from consumerism to minimalism is no easy ride, and I’m far from there, even a year later. I stay inspired by bloggers like Man Vs. Debt and Exile Lifestyle who can fit everything they own into one single blog post. I’m not there yet: there are boxes and boxes of things going into storage at my parent’s place that I wasn’t yet ready to part with. But I can only imagine the nightmare I’d be having right now if I hadn’t spent the last year the way I did, cleaning out my life closet by closet, drawer by drawer. Hundreds of items and nearly two thousand dollars later, this is how I did it:

Craigslist is the go-to site for selling items locally that are too big to ship. Through Craigslist I sold a set of glass tables, a small bookshelf, an ironing system, and a bicycle. It’s free to list, so the only hassle is uploading photos, screening the crazy people, and finding a time to meet up with potential buyers. Since many of the items I sold were brought from Albany or left behind by previous roommates, I was able to make a profit over what I paid for the items in the first place, making this my most lucrative category. My best craigslist success story to date? I made $175 selling a broken laptop (though I’m not including that in my total here as the money went to my parents). I posted it without naming a price and a bidding war erupted leaving me with an envelope full of $20s in exchange for a hunk of metal. 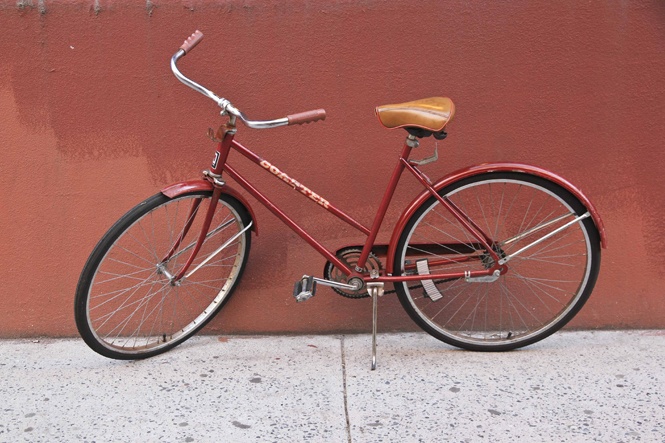 eBay and Amazon are the two major online retailers for selling your stuff. The advantage is you are reaching literally anyone on the globe with access to a computer. The downsides are high fees and the high investment of time and effort. But since I spent the last year as a student and my time = zero dollars, I found the investment to be worth it. In the end I spent the vast majority of my downsizing time focused on eBay, and it is where I unloaded the most stuff. In total over the past year I sold 73 items on eBay — none of it very valuable to begin with.

The advantage of Amazon is you only pay when and if your item sells, so you can list risk free. However, you can only list items that are already on Amazon new. This does mean that you don’t need to bother with photos, which is a major time saver. I found Amazon to be very easy to use but with the exception of text books items took a while to sell and I only sold 6 items total on Amazon over the year! 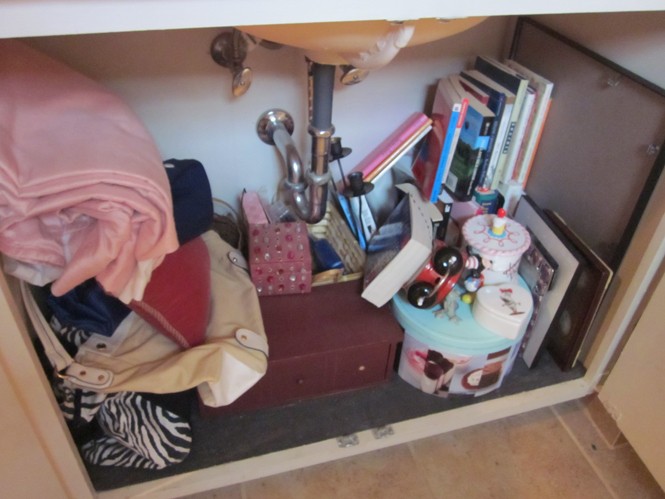 One of my “sell stashes”

Last weekend, after moving the remainder of my stuff from New York City up to my parents house in Albany, we held a garage sale. It was a massive amount of work, but it felt so good to get rid of all the little things that weren’t worth listing on eBay and all the big things that have been cluttering up the house for years. It was definitely a four person effort and everyone walked away with money in their pocket. The most painful part is remembering how much you paid for an item and watching someone bargain you down to a quarter for it.

After the sale we split the remaining clothing into two bags: one for charity and one for a last ditch effort to sell at a local clothing resale shop. They took $50 worth, and while I was there I got a fantastic dress for an upcoming wedding for twelve dollars! To do the same, search for a Plato’s Closet or other clothing reseller near you. 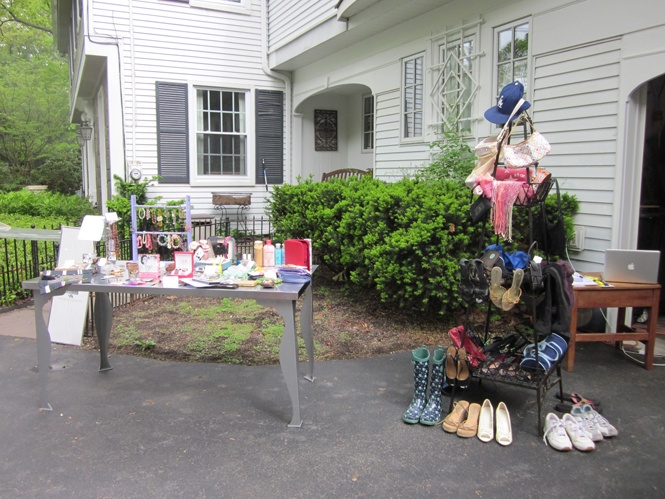 Want to learn more? Check out my detailed guides to downsizing via garage sales and eBay, or invest in Man Vs. Debt’s Sell Your Crap ebook. He gives detailed instructions for how to sell on eBay, Amazon, and Craigslist. I found his site when I was almost done with my selling journey, but I certainly would have invested had I found it earlier. So how did my own experiment in downsizing go? I’d probably cry if I crunched the numbers on the hours it all took me, but I do smile when I see this one one:

I believe downsizing is good for anyone, but for the soon-to-be long term traveler, it is one of the most important preparations you can make. I’m lucky not to have to pay for storage, but even if free, it is mentally taxing to be worrying about your mountains of possessions at home while traveling. Other benefits include making packing, the traveler’s constant burden, so much easier. Best of all? With the money earned selling things I no longer want or need, I can spend a month living on the beach in Thailand. Now that is something I both want and need.