As I mentioned in Wednesday’s post, downsizing has been an important goal for me this year as I prepare to travel around the world. I wanted to make packing easier, to make storing what stayed behind easier, to have less physical things to clutter my space and mind, and to have some extra cash for my traveling. While I outlined all my major methods for downsizing in that post, here I want to focus on one of the big ones you can do yourself: a garage sale. I decided to hold one about six months ago and last weekend Mark, my parents and I banded together to have the ultimate yard sale. While I walked away with $425, the total for all four of us involved in the sale was $1,120! We did a lot of things right and a few things wrong, and here’s what we learned: 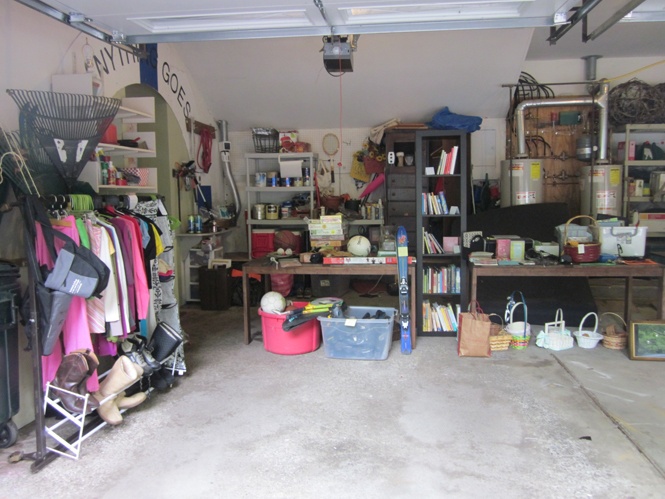 Especially if you live in a less than prime location like myself, advertising is key. We spent $30 to advertise in the local paper in print and online, and I think it was a worthy investment. I also listed the sale for free on Craigslist and got quite a few emails asking for details on the major items I was selling. Additionally, I listed for free on the site Yardies (which is now sadly defunct) but I can’t say how much traffic we got from that. We also made five large clear signs and taped balloons to them to catch drive by traffic on the nearby major road.

We listed big ticket items like a guitar and sea kayak separately on Craigslist and told interested buyers to stop by the day of the sales. This was more convenient that trying to meet up with individual buyers at specific time and also brought people to the sale who might end up buying smaller items as well. 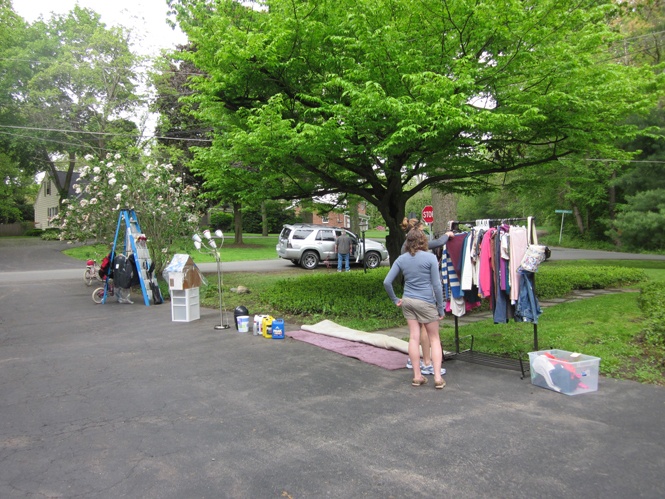 Though we started making “sell piles” months before, we didn’t give ourselves enough time to do final sweeps of the house and found ourselves running around during the sale throwing things out onto the tables. Had we been more prepared I’m confident we could have sold much more junk! Give yourself a solid week of evenings to sort out what you want to sell and then price and organize it.

4. Have a Friday-Saturday Sale

This is one of my tips that we didn’t follow ourselves. I had read that Friday-Saturday was better than Saturday-Sunday, but I couldn’t imagine a weekday would be better than a weekend. Yet during the sale we heard over and over again that the most hardcore garage salers are out on Fridays- either retirees or workers who get their paychecks that day. And our Sunday was much less profitable than Saturday.

How many stores have you been into that are dead silent? Its odd enough walking onto a strangers lawn and sorting through their things, doing it while listening to crickets chirp is worse. I made a general public friendly playlist and hooked up some speakers, but Mark took it one step further and made a “$1 Per Song” sign in front of the guitar he was selling. He has three takers and even more laughs before selling the guitar itself. 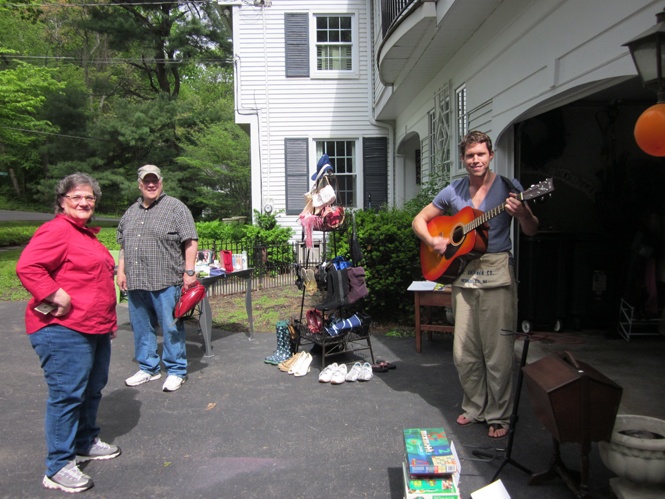 Maybe it’s the three years I spent working in boutique retail, but I cringe when I enter a store and the salesperson barely looks up. Don’t let anyone enter your garage sale without a greeting! You might be bored and tired, but by sitting in a lawn chair and giving your customers a death stare you are only making them feel like they somehow walked past the garage sale and are now accidentally robbing the neighbors.

While we didn’t use it, I read a great tip: to hand out coffee or water. It’s much harder to walk away from a sale empty handed when someone has generously handed you free beverages! 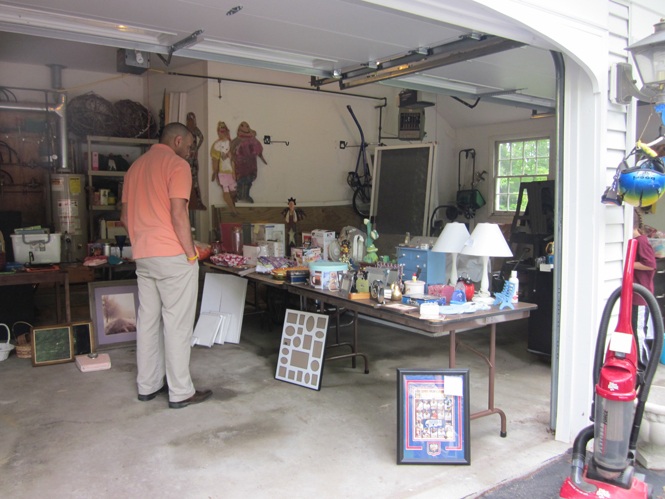 7. Have a Post-Sale Plan

The sad truth about garage sales is no matter how successful you are, you will never sell everything. Some people holding garage sales make a strict “nothing back in the house” rule. We weren’t those people. Starting with clothes and shoes, I made one pile to go to the charity my mother works at and the other to try selling at Plato’s Closet, a local resale shop. It was definitely worth the trip because I got another $58 for what they took there.

Knowing that my sister will be graduating in two years and may want to hold her own sale, we took two plastic bins and filled them with all the little things on tables and put those in the garage for next time. Everything else went to charity.

Whether it was having selling contests, making the dog into our garage sale mascot or putting an $18 price tag on a wooden frog and watching people puzzle over it, we made sure the weekend was full of laughs. 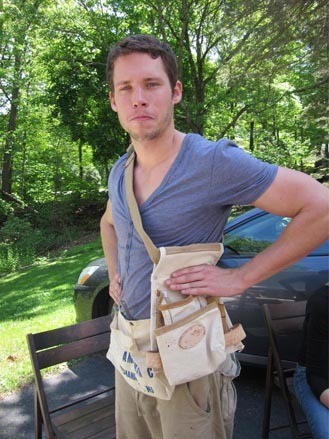 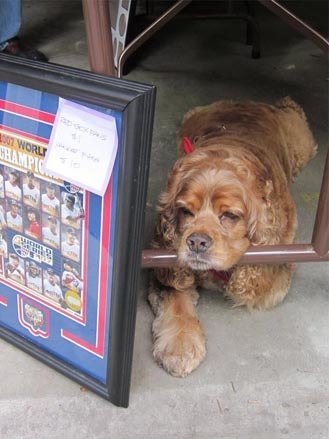 For more garage sale tips checks out the Yard Sale Queen. Have you held any great garage sales or had any crazy yard sale finds? Share in the comments below! Next in this series: Downsizing with eBay!

Open Minds and Open Bars: How Much Does Midburn Cost?

What I Spent on Wonderfruit