Welcome to my newest ongoing series, The Departure Lounge! Here I’m going to delve into the preparations for long term travel. Some posts will be long, some will be short, and all will be my personal experience working through the tough questions everyone faces when they leave home.

One of my biggest projects leading up the The Great Escape has been trying to get my gear in order. I’ve done quite a bit of traveling over the past few years which has helped significantly as I try to decide what to take, what to leave at home, and what to upgrade.

When I left for Asia the first time, I was paralyzed with fear over whether or not to bring my expensive camera and my blackberry. In the end, I asked myself what is the point in having a camera if not to take photos of my adventures? So I brought it along and never looked back. Now, the gear bag is going to be a bit heavier as my passion for photography has only gotten stronger and the bag that goes along with it gets heavier!

I recently made one big decision, which was to upgrade my camera body and lens. I know that I want to be able to shoot better videos, as I have a lot of fun putting them together for the blog and want to feature them more prominently coming up. So I was paralyzed between getting a flip camera and upgrading to a dSLR that shoots video. The Flip is great for its small size, and that it also has a decently affordable underwater housing. But in the end I went for the upgrade, as I can now not only shoot video but also have a better still camera. In addition to my new body I also got a fantastic new lens for Christmas… I can’t wait to put this new monster camera into action! I’m in love. I’m also toying with the idea of getting a zoom lens, but that will be a last minute decision based on my financial situation. 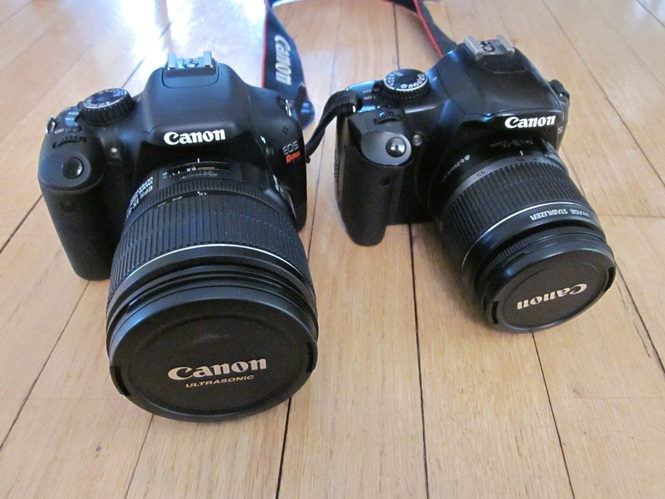 Then there is the underwater camera. Much as I would love to have a couple grand to drop on a housing for the dSLR, that’s not happening anytime soon. But especially after attending Beneath the Sea I’m dreaming of the new s95, of strobes and fancy video cameras. It is so easy to get swept away in wanting the newest and the best but I think in this case I might have to tell myself to be patient and wait for Christmas next year! 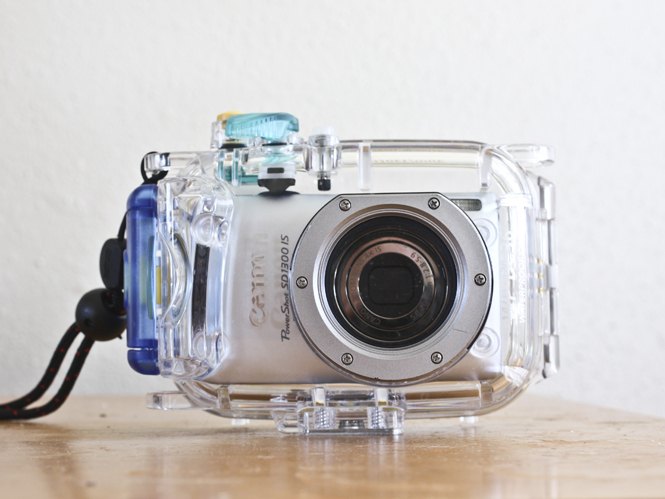 Last but not least is the affectionately known “Party Cam.” We’ll see how long that bad boy lasts after a few nights out in Scotland, but with all the abuse I’ve given it I won’t be heartbroken when it bites the dust.

Between blogging and my desire to make a good deal of my income freelancing,  a good travel computer is a must. I didn’t bring a computer on my big Asia trip, but I have brought it along on most subsequent travels in order to keep up with photo editing and blogging on the road. My 4-year-old Mac Book Pro was giving out, so I took the plunge and went for the new 13″ model. I was worried that the small size would make photo editing and design work difficult, but so far the smaller size and lighter weight far outweighs any of the negatives. I haven’t had a chance to take her on the road yet, but so far I am over the moon with this computer, enough to say that this might just be the perfect computer for travelers. I’m also thinking ahead about being able to back up my work, so I’m looking for a small but rugged hard drive to throw in the bag as well. 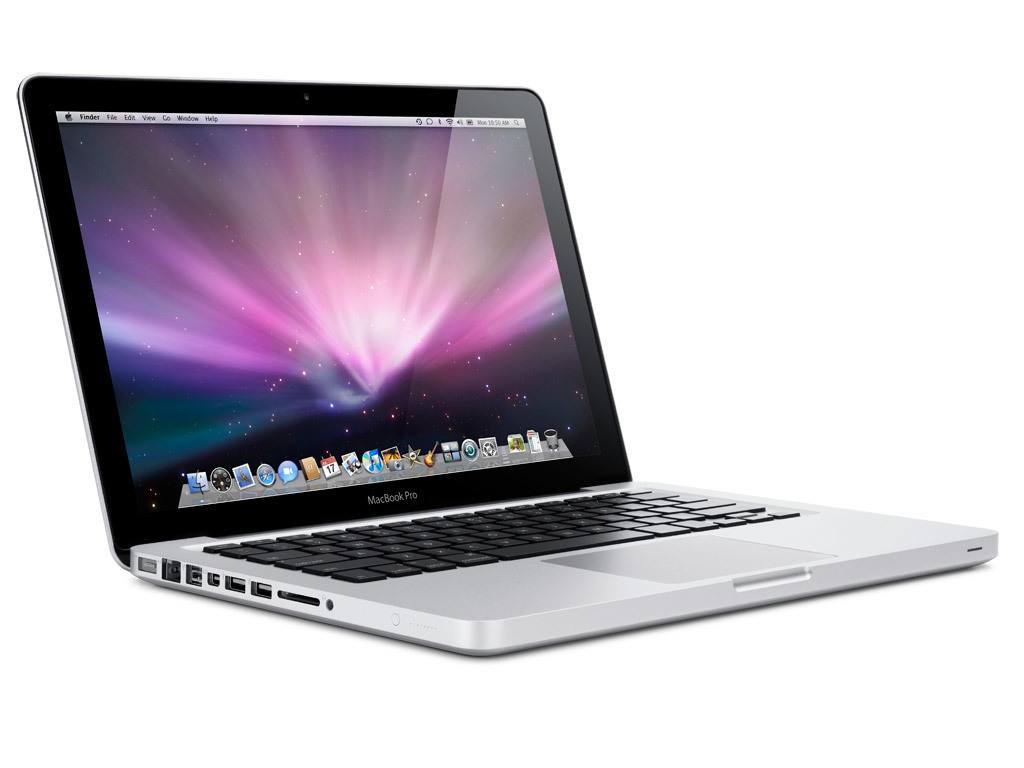 Once you have decided on what gear you are taking, the next decision is how to carry it. I’ve recently concluded its time to retire the top loading backpack that served me well throughout my summer in Asia. I realized that its too much of a hassle to have to lift everything from the small top opening to get at one item on the bottom- its going to be a front opener for me next.

I’m also going to invest in a nice front pack that can comfortably handle the “valuables”- aka camera and computer. I’ve never had a good system before and it has nearly cost me dearly as I scramble and frantically tear through airport security. This time I vow to get organized! I haven’t even had a chance to start looking but its next on my list… time is ticking away! 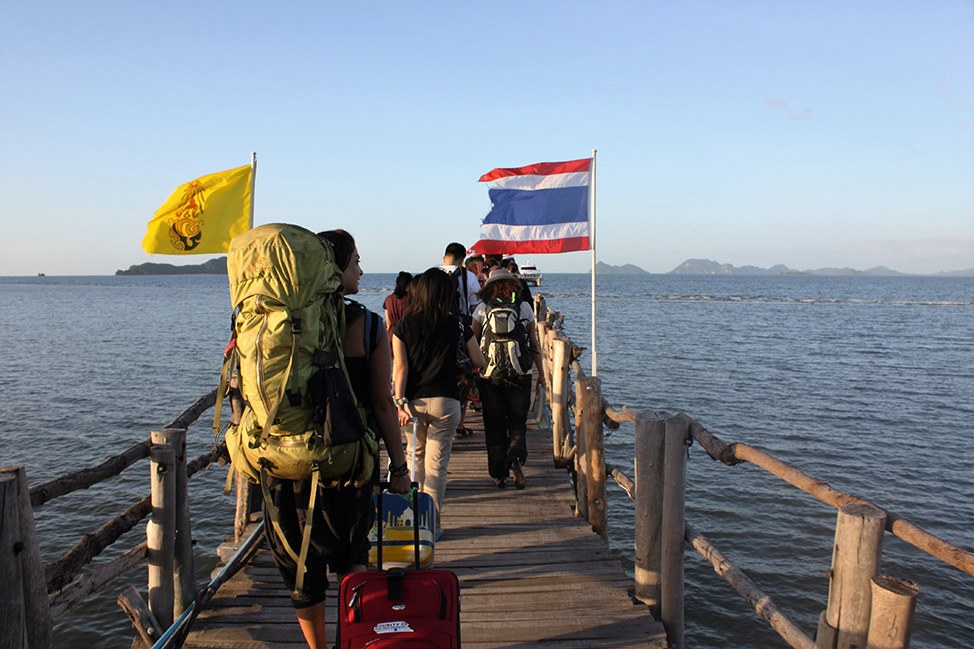 In the end, these are big purchases that will have a major effect on my travels. I’m glad that I built them into my travel budget long ago, despite the fact that everyone will be purchased still on US soil. There have been a million big and little decisions to make and so I’m glad I gave myself not only money but time to make them.  One thing I haven’t even started to tackle? The dreaded decision about phones and international phone plans.

Looking Forward: My Travel Plans for 2014

Why This Traveler Fell in Love With Solid Shampoo (Plus a Giveaway for You!)

Underwater in Five Senses Facebook, You Are So Predictable
5 Comments...