There is an age old rivalry between Glasgow and Edinburgh, my private Scottish tour guide (and um, boyfriend) tells me as we drive the short hour between the two. The two have long competed in art, sport, innovation, industry, and tourism. The cities’ residents are fiercely proud and quick to tell you why theirs is the best metropolis in the country. As the stereotypes go, Glaswegians are down and dirty and Edinburgh folk are uptight snobs. Glasgow is boring and charmless and Edinburgh is a Scotland Theme Park. I love stereotypes, and I couldn’t wait to see how true they were.

On first impressions, Glasgow reminded me a lot of Brooklyn, young and energetic and a bit gritty. Edinburgh, on the other hand, reminded me a lot of, um, no where in New York or for that matter the United States because it is really, really old. The oldest place I have ever been! Analogy fail.

Still, I decided to delve more deeply into the different facets of these two cities and end this rivalry once and for all (what authority I have assigned to my corner of the interwebs!) Thus, my Scotland City Smackdown, Glasgow vs. Edinburgh, begins.

This one is a landslide. Nicknamed the Athens of the North, Edinburgh is what you picture when you think of Scotland. A windy and beautifully preserved cobblestone city surrounding a castle on a hill- what could be more picturesque?

Glasgow, while it does have its charms, it a much more industrial city and doesn’t have quite the same visual charm that Edinburgh has. 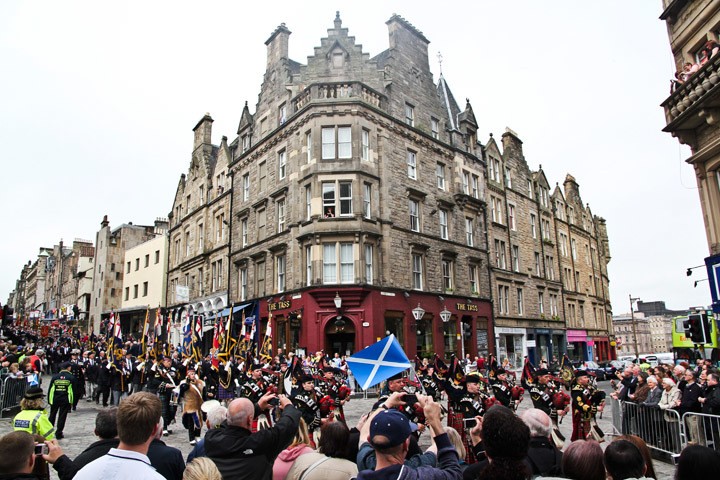 Edinburgh is home to the Edinburgh Castle (one of Scotland’s most popular tourist attractions), the National Museum of Scotland (closed during my visit!), the National Gallery of Scotland, and a plethora of semi-cheesy tourist attractions like Camera Obscura and the 3-D Loch Ness experience. The problem? They cost a fortune. In fact, I didn’t even go into the Edinburgh castle, as I couldn’t stand coughing up the 14GBP entry fee. The free and low cost attractions that we did enter were a bit sub-par. One thing that was totally worth it? The amazing Edinburgh Zoo. (Post to come!)

On the other hand, the vast majority of Glasgow’s attractions are free. From the Gallery of Modern Art, to the Botanical Garden to the impressive new Zaha Hadid Riverside Museum, you can enjoy a day of culture and entertainment without spending a pence. The museums in the city cover a vast range of topics from art to religion to the history of the hard working people of Glasgow.

This is a close call. While those with a more flexible budget may disagree, I’m all about bang for buck, and so I’m calling this one for G-Town. 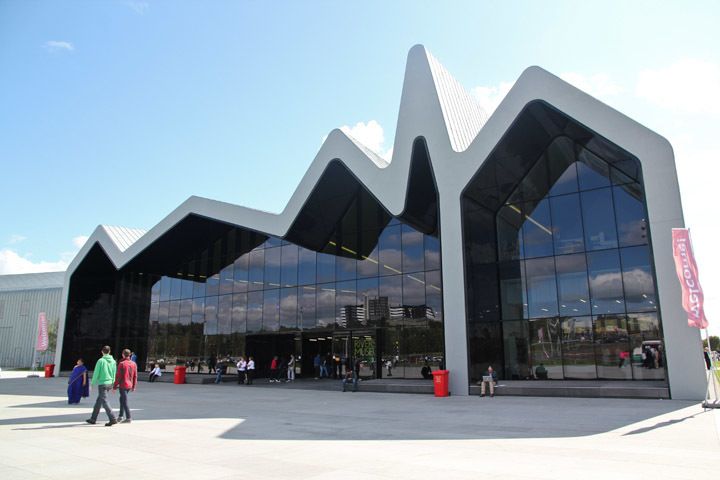 Glasgow, a city of more than 600,000 people, is spread across many different areas and neighborhoods. Much of the city center can be explored on foot, but to get to the West End or further off tourist attractions you’ll need to hop on the city’s extensive network of buses, trains, or the underground.

Edinburgh is smaller in not only population (430,000) but also in it’s compact size. It is split into the Old Town and The New Town and is extremely walkable. For visitors, this is always a win. 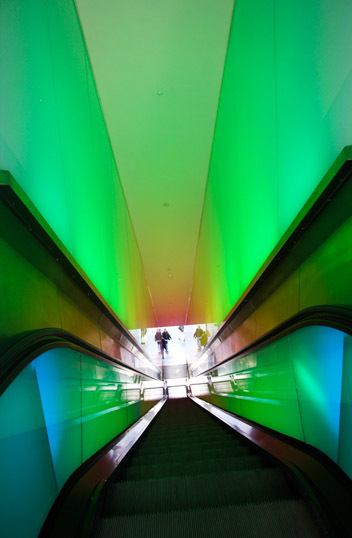 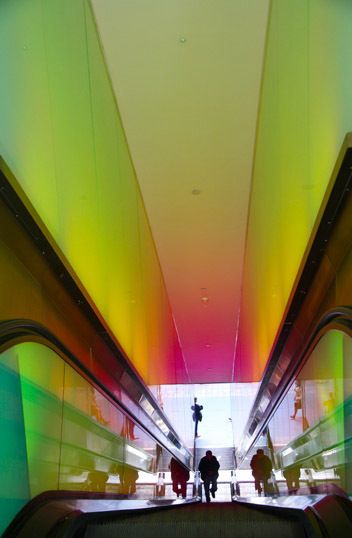 In my former life, I was what some might call a “shopoholic.” Fortunately, (or unfortunately, from my bank’s overdraft fees’ point of view) I have cured myself and rarely do I step foot inside establishments where I may have a relapse. Plus, shopping requires this thing called “excess cash” and seeing as I am both unemployed and vagabonding around the world, money is a bit tight.

But for those of you with a positive cash flow in your life, Glasgow is the clear winner in the shopping category. I made an exception to my usual rule and wandered in and out of many stores and shopping centers, just taking in the new and unfamiliar styles, brands, and packages. In fact, Glasgow has been named the Best Shopping City in the UK after London, according to both my guidebook and my double decker tour bus guide.

Exception: If you’re looking for things (anything) made of tartan, shaped like the loch ness monster, or accompanied by a miniature bottle of whiskey, look no further than Edinburgh’s Royal Mile. 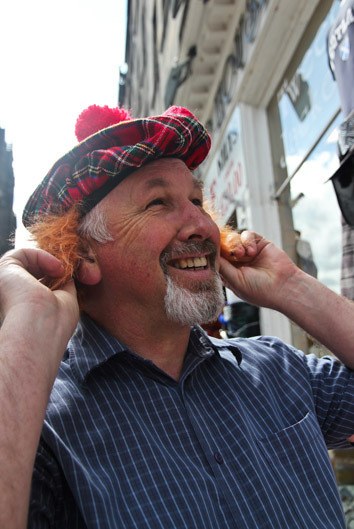 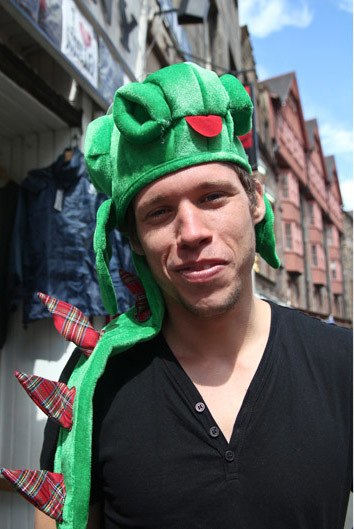 Finally, a category I can be authoritative in! Having had nights out in both cities, I can say this is a close one.

There are two main nightlife areas in Edinburgh- the more rowdy Grass Market (Old Town) and the more high-end George Street (New Town).  Being a classy lady, I stuck to Grass Market and the neighboring Cowgate. Edinburgh at night is chock full of Bachelor and Bachellorette parties (or stag and hen dos, as my readers on this side of the pond may say) navigating the ancient cobblestone streets and charming old pubs- dressed in outrageous pleather get-ups and often carrying inflatable sheep. It’s quite the mind bender. Still, the large groups, many outdoor areas, and surprisingly affordable drink prices add up to a fun and festive night out.

But it can’t beat Glasgow. Commonly named as hosting some of Britain’s best nightlife, Glasgow has it all. From live music to trendy cocktail bars to cheap pubs to packed nightclubs, whatever you enjoy after dark, you can find it here. Hopping around Sauchiehall Street and ending up in the enormous ABC nightclub, I was once again amazed at being able to afford the drinks in a club. Due to my staunch refusal to pay $15USD for a drink, I probably spend more at the bar in one night in Glasgow than I ever have in Manhattan. Take that, New York City! Oh, wait. This is the Scotland City Smackdown. 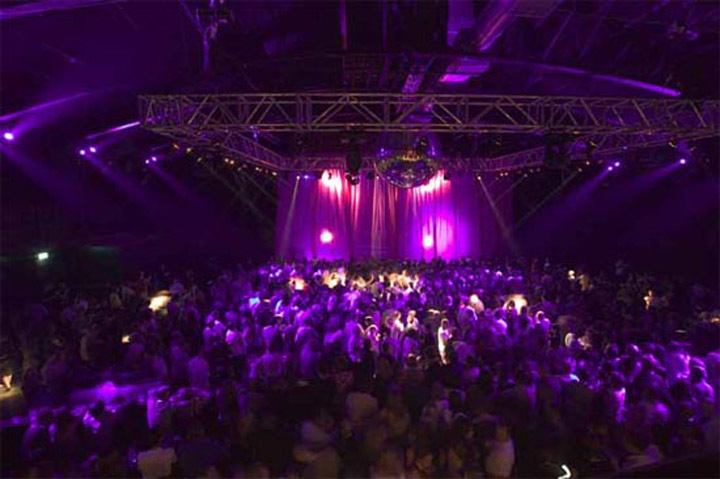 And the winner is…. Glasgow!

I guess it’s not surprising given my personality that I would walk away enjoying the larger, trendier and more modern city. But what may be more shocking is I am in the vast minority. From visitor statistics to forum threads to word of mouth, Edinburgh is the clear winner of the popularity vote among visitors. So perhaps the best advice I could give is go to both, see for yourself, give them a fair shake, and hold your very own City Smackdown. (Which means I just wasted a few hours writing this one. Curses!)

For perhaps you will weigh prettiness and preservation over shopping and nightlife, and that is just fine. The beauty of travel is that while two people can have the same itinerary, they will rarely have the same experience.