The Best Bar in Central America?

What, you’re sick of hearing about a trip that happened a year ago? Fine. One more Honduras post and its back to our regularly scheduled programming.

Okay, so maybe I haven’t been to EVERY bar in Central America. Or even every country. But I have been to three (countries, that is) and I think I can safely say this bar has got to be pretty far up the list of amazing Central American drinking establishments.

Treetanic Bar is fashioned after a shipwreck that’s been sunk in a patch of mango trees, and then covered, every square inch of coverable surface, in mixed media mosaic. The bar, a Utila landmark, opened in 1998 has been decorated continuously by owners Neil and Julia. The objects you see making up the mosaics covering every possible surface are from the owner’s trips through Guatemala and Honduras and from flea markets in LA.

I felt like Alex in Wanderland meandering through the many tunnels, tiny rooms, bridges and staircases crafted from shells, bottle caps, pieces of mirror, glass beads and more. It is without question, a work of art. 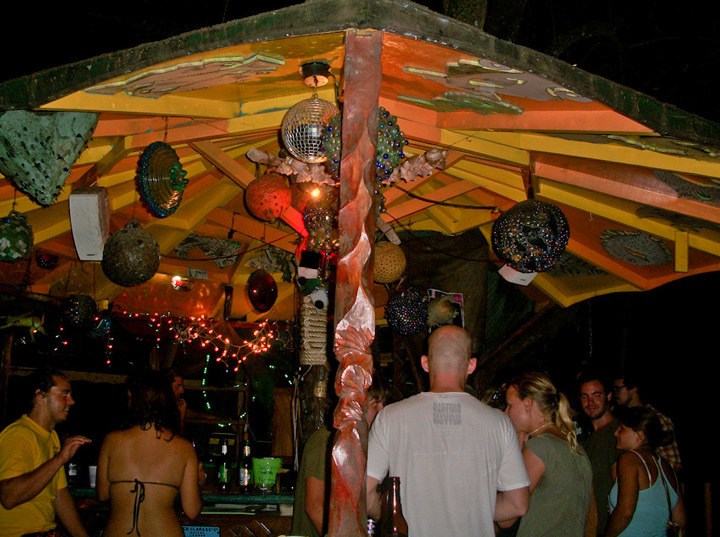 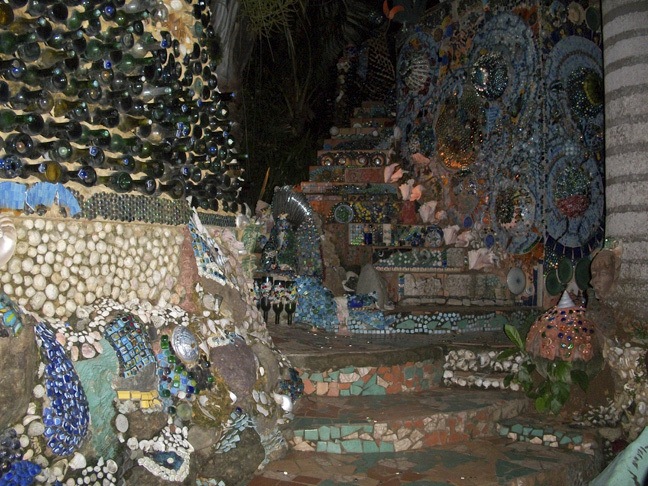 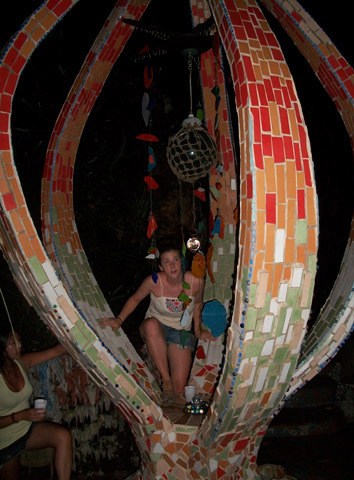 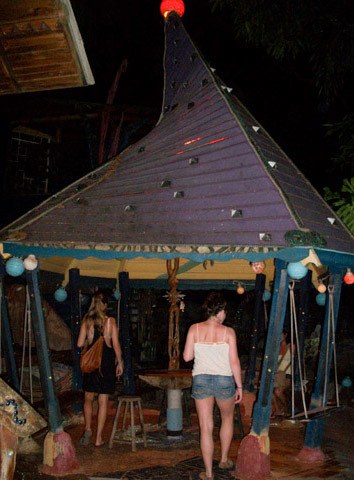 Did I mention that there are bats? Yes. Lots and lots of bats. 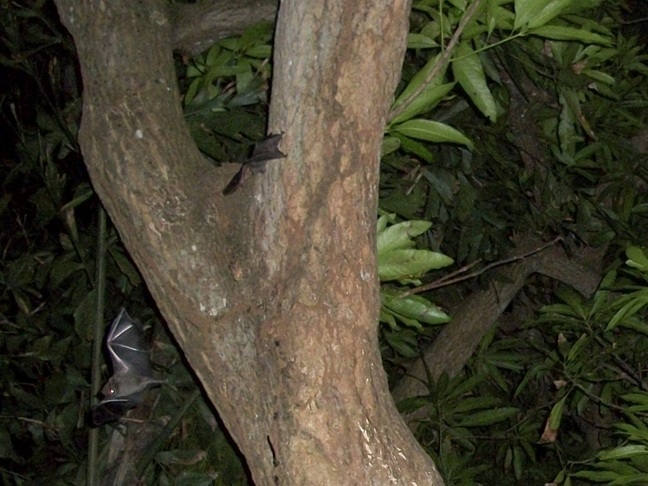 Very tall Melanie to very short Alex, in reference to the bats: “You don’t know what it’s like up here!” 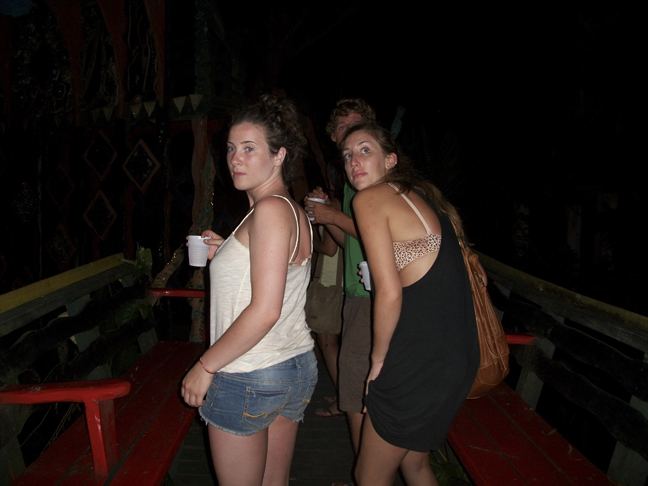 Is it hard to get an idea of how cool it is from these night photos? Here are some pictures of this adult playground during the day. It’s also a restaurant and hotel, by the way. 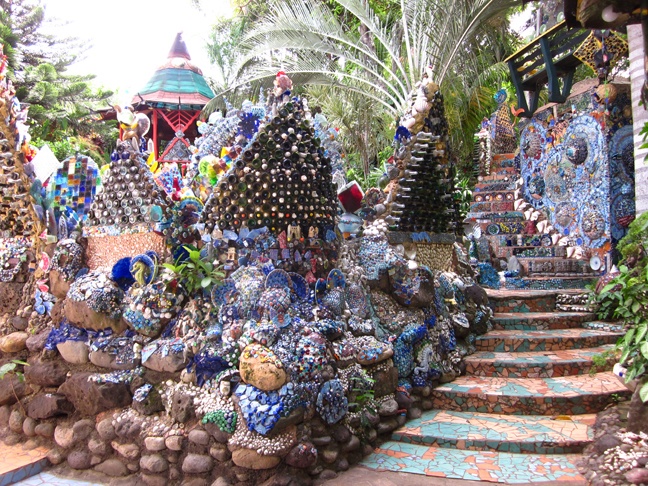 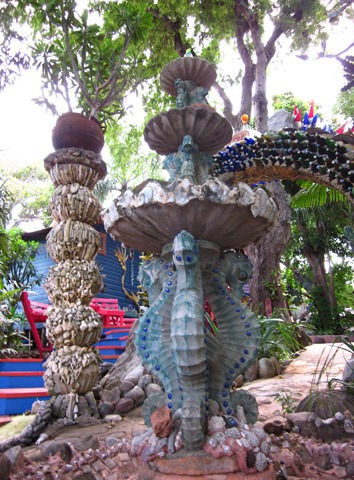 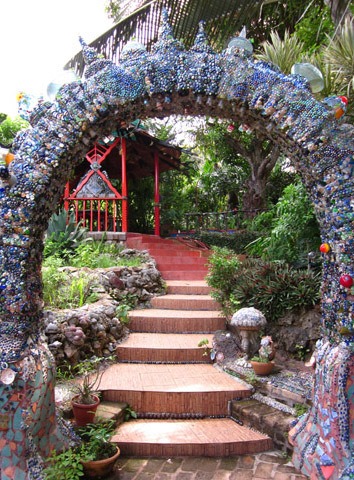 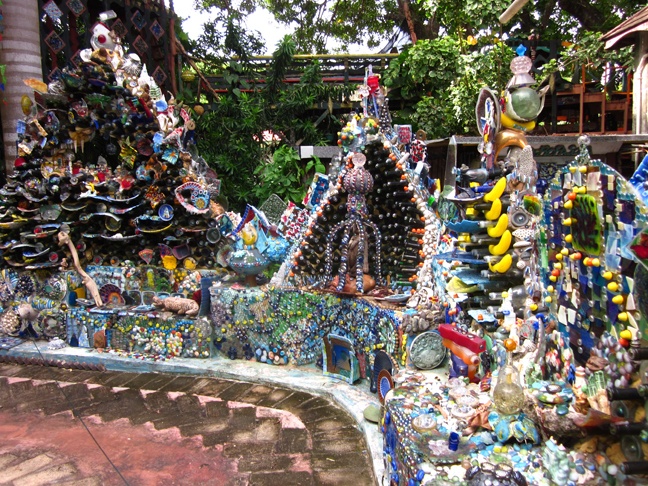 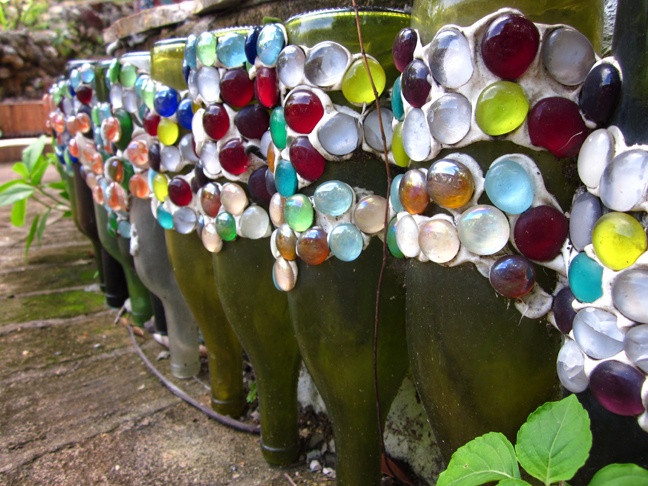 Okay, now prove me wrong. Do you think there’s a cooler bar out there than this one? Tell me, so I can add it to my bucket (of alcohol) list!

Which Honduran Island: Utila or Roatan? Photo of the Week 9
8 Comments...