The first thought that entered my head when I woke up on the third day of our Rinjani trek was a simple “I do not want to do this.”

We set off at 3:30am. By 4:00, I was in tears and growing more overwrought with every step. I knew I could not make the rest of the three-hour trudge to the summit of Rinjani. Justifications floated through my head like bonus bubbles in a video game.

• Unlike the rest of the hiking boot-clad group, I was wearing sneakers that did not handle the all-rubble terrain well. I was constantly slipping backwards and  had already fallen twice.

• My thigh and calf muscles were stiff and tight after two prior full days of hiking. I had been failing in my usual fitness routine before the trip and hadn’t trained for this whatsoever.

• My energy levels weren’t exactly at their peak after two nights of sleeping in tents and eating  noodles and rice.

• I was clearly the slowest in the group and felt guilty about slowing down the everyone down, who were already ages ahead of me.

• I was struggling with the altitude and short of breath after just one step.

• My anxiety about the dark was making me panicky, susceptible to hysteria, and unable to enjoy even a moment.

But truly, all of those are excuses and with enough willpower I could have overcome any of them. The only thing keeping me going was a sense of pride dwindling with every step, and the desire to make Anders happy. The real explanation is something much more difficult to refute.

I simply did not want to do it. 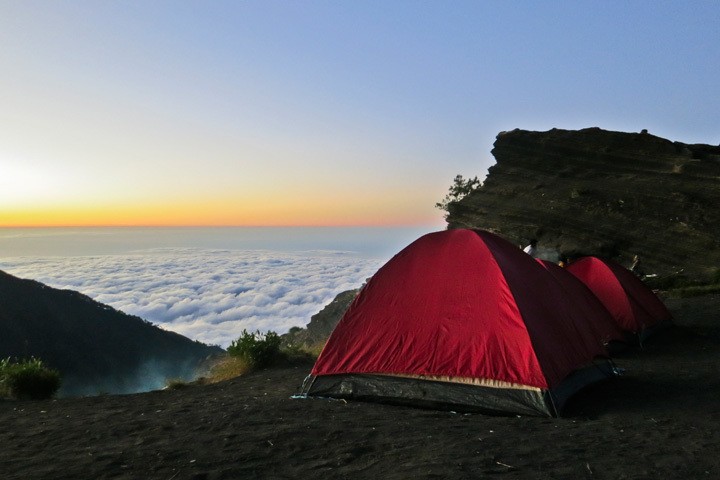 Not a single cell in my body desired to get to the summit. Okay well maybe a couple, but the overwhelming majority didn’t have the motivation. I had already seen incredible beauty — watched clouds rolling over the volcanoes of the far-flung islands of Bali and Sumbawa, spotted shooting stars flying atop our campsite, peered into the rim of an active caldera. I had already accomplished enough to be proud of — ascended over 8,000 feet on the first day, and scrambled hours downward into the caldera and hours back out to the rim again on the second (not to mention the hours of descent ahead to get back to sea level.) I had made precious memories with friends, witnessed scenes of unthinkable beauty, and pushed myself to my physical limit. The trip was already a success for me. I didn’t need to torment myself for five hours just to say I’d reached the summit and then head right back to camp.

And so after a tearful conversation with Anders and an anxious descent through the dark back to camp (thank God for the porter who escorted me), I was back at the rim of the caldera. While I felt a pang of sadness that I wouldn’t do a victory dance at the summit with Anders, it was far outweighed by the satisfaction I had from listening to myself and from the trip already. 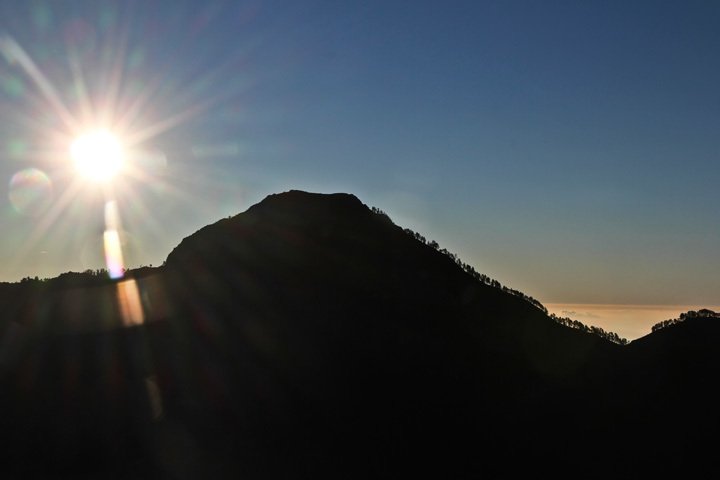 I typed the above on my iPhone as the sun was coming up and I was waiting for Anders to descend. It is a true reflection of my in-the-moment thought process while I struggled with my decision to turn back from the summit. Reflecting back privately, and then with Anders, I realize how much my darkness-triggered anxiety disorder played into the situation. It is a good reminder to be very honest with myself about those limitations.

I did feel a pang of embarrassment when we returned to Gili Trawangan and I had to respond to every congratulation with a caveat, but I still believe I made the right decision for me. Those of our group who did make it to the summit returned around 9:00am, and we still had a long, hard day ahead of us (one girl, who Anders told me barely made it to the summit, broke down in tears halfway through the day as she was in so much pain and said she wished she hadn’t gone to the top!) Stay tuned for the final installment of this series — the story of our final day, as well as some words of advice, and a video!

Have you ever had to turn back from a desired goal? Were you able to make peace with it?

What to Do on Gili Trawangan

Hike Your Heart Out Koh Tao: The Dusit Buncha Trail

A Comedy of Hangovers: The Colca Canyon Part II