Here’s how a chain reaction works — Alex goes to see Blackfish, a documentary about Orcas in captivity, and can’t stop thinking about it; Alex rents Free Willy, a movie about a little boy who releases an Orca from captivity back into the ocean; Alex remembers that she never posted about the shark release she photographed. And that’s how we got here today, folks.

Did you know that more than 80% of sharks are threatened or near-threatened with extinction, and up to 73 million sharks a year are killed for their fins? This is serious — sharks are an apex predator, and removing them from the food chain will lead to a collapse of the ocean’s ecosystems. In Gili Trawangan, this is a home front battle — The Food and Agriculture Organization places Indonesia in the highest ranking of the 20 largest countries in the shark fin trade. Over 15 percent of the world’s sharks’ fins and manta ray gill plates come from Indonesia, according to Conservation International Indonesia. The same group did a survey in 2011 of the seas around Bali — in over 350 hours of survey diving, they found only three reef sharks. 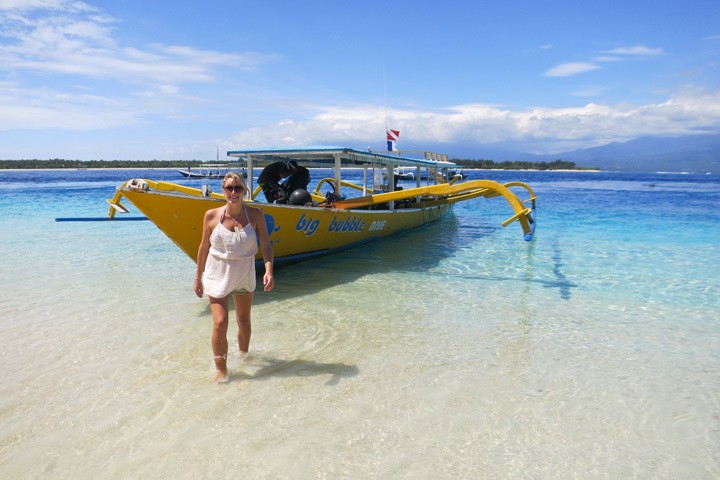 Back in July I had the unique opportunity to come along on an experimental shark release by the recently formed Gili Shark Foundation. With the help of the one man Bali Sharks organization, two blacktip and two whitetip reef sharks were purchased from Bali fisherman who intended to sell the sharks at the fish market. As Bali has no protected area or shark sanctuary, the Gili Shark Foundation offered the Marine Protected Areas around Gili Trawangan as a safe haven for these sharks to be released into. Ideally, this will prevent the sharks from being released only to be caught again. The nearby Tanjung Luar fish market in Lombok is a bloody testament to the fact that sharks, manta rays, and large pelagics are being fished out of Indonesian waters at unsustainable levels.

The morning of the release, the release team waited anxiously for the sharks to show. As soon as they did, we moved quickly to get them onto the Big Bubble boat and out to their new homes. I couldn’t imagine the stress they were under and tried to send calming vibes into the styrofoam boxes they were being transported in. 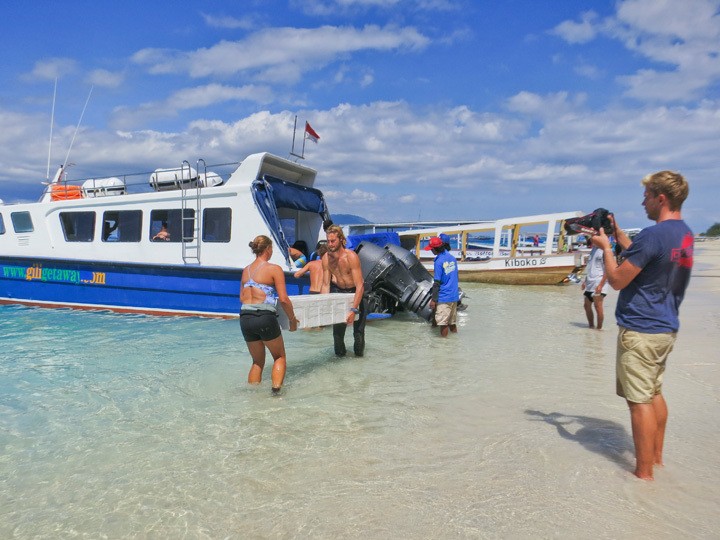 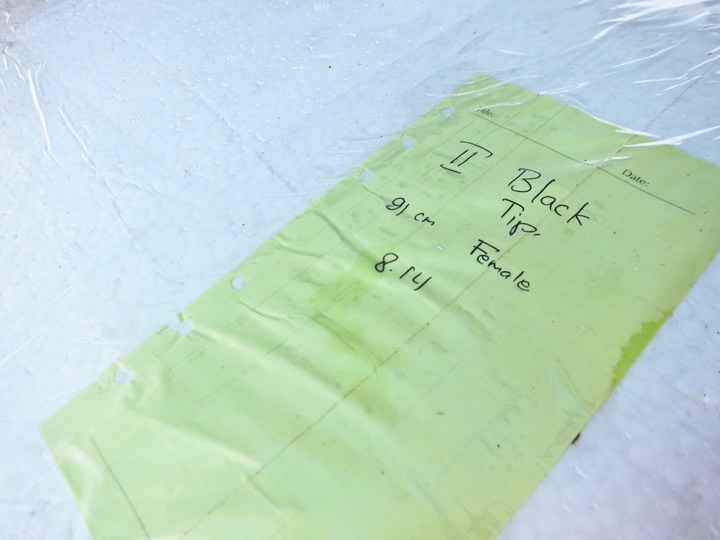 The sharks were being released into the Manta Point dive site.  Just there to document, I tried to stay out of the way as the sharks were tagged and their vital information recorded. I have been in close contact with sharks before, but this was a completely different sensation — these sharks were so vulnerable to us and it highlighted the strange reversal of who should really be fearing who. We were also nervous and excited which led to some giddy silliness. 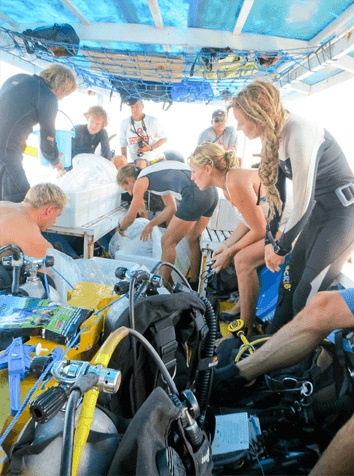 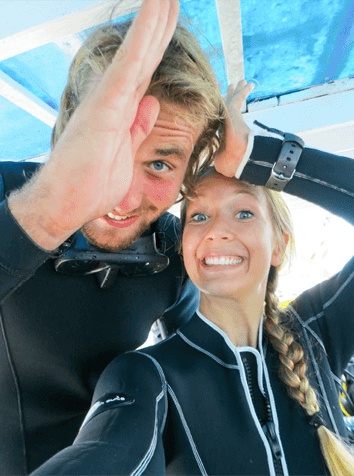 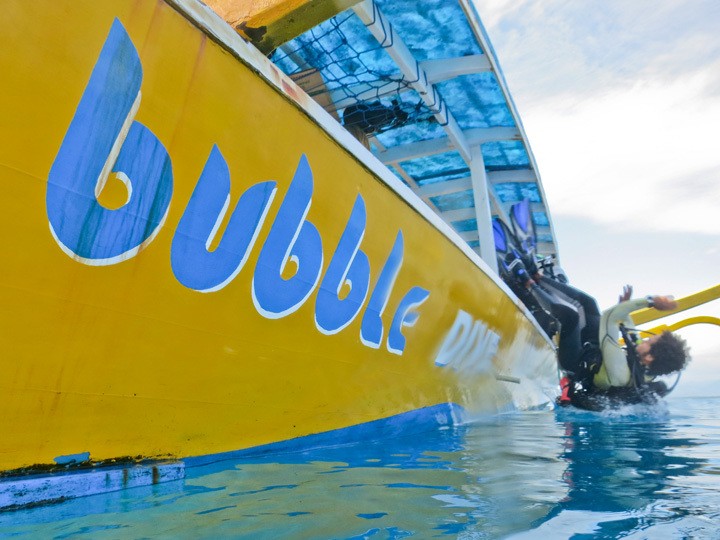 The group was broken into teams, each responsible for an individual shark. We descended with the sharks in bags so that they could adjust to the temperature of the new environment, with the plan to release the sharks near the ocean floor where they typically swim.

Our group had diverse backgrounds in marine biology, diving, conservation, and aquarium work. That said, this release was a first and there was a lot of experimentation and trial and error involved. 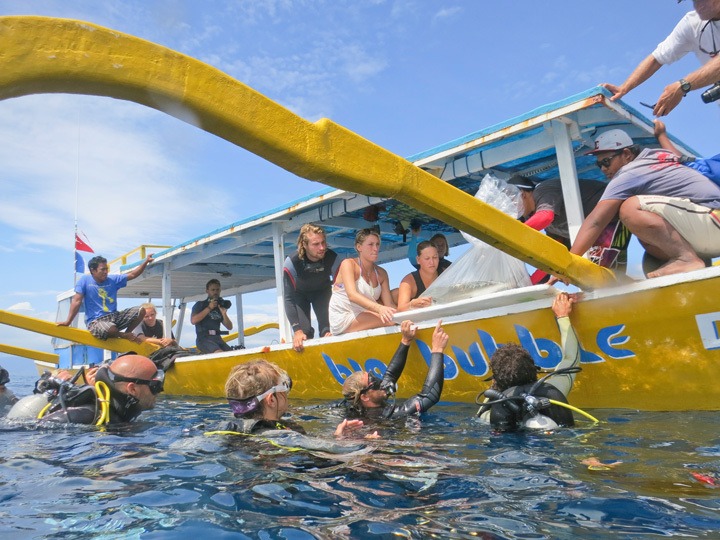 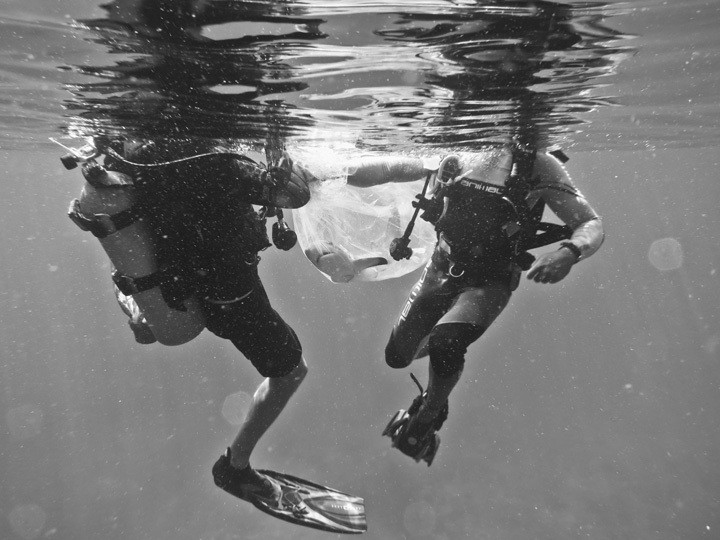 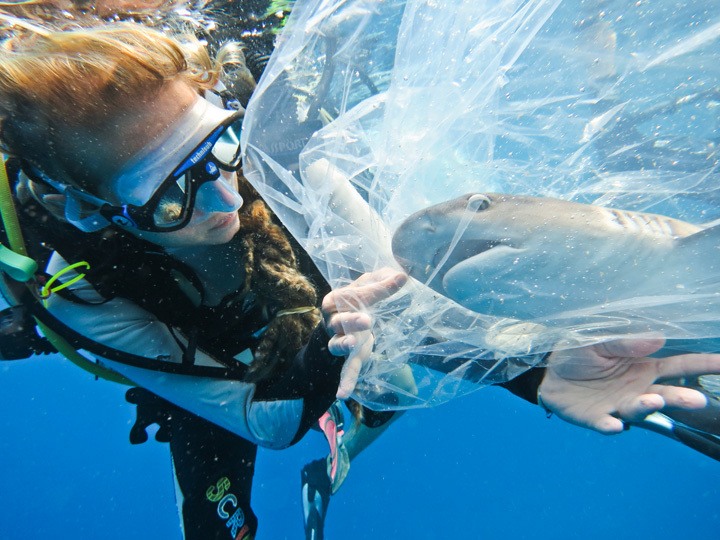 The white tips were released without a hitch — they immediately swam off into the reef, as if they had been there all along. As their fins disappeared in the distance I wished them luck in their new lives around Gili. It seems to have worked — five weeks later, one of the tagged white tips was recorded swimming at the nearby dive site Shark Point! 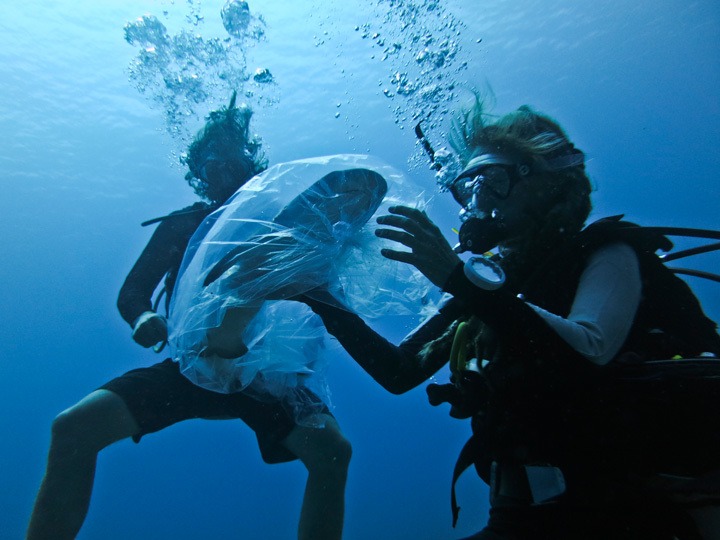 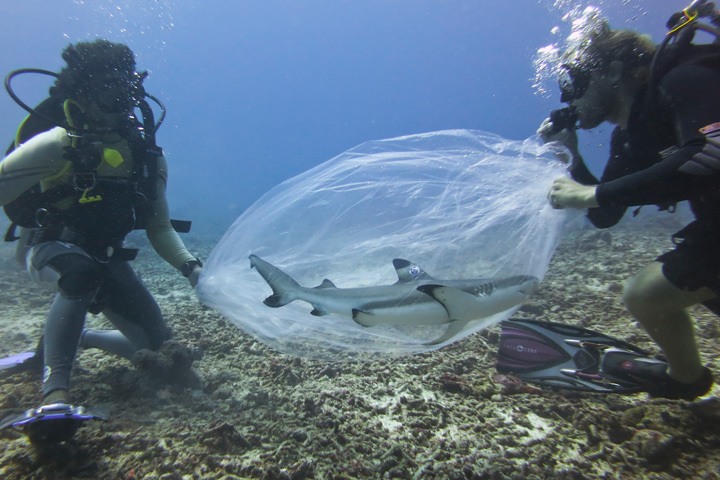 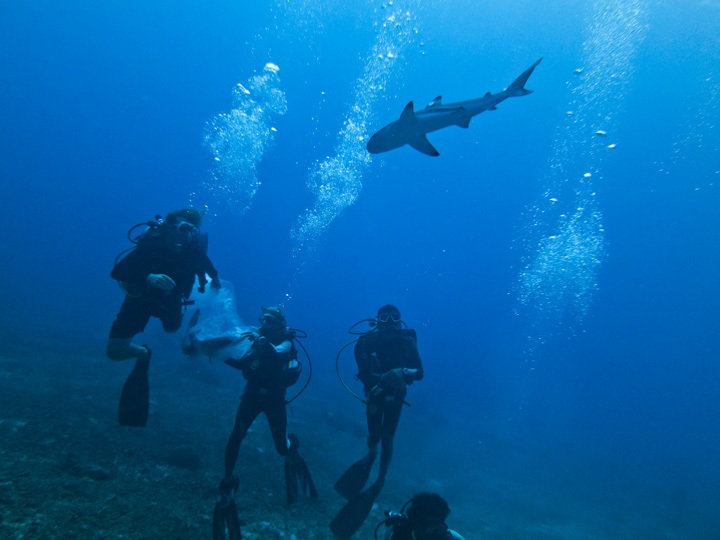 The blacktips were more of a challenge. From my admittedly limited understanding, they are a more fragile species and are much more difficult to successfully transfer. One of them ingested a large amount of plastic when it panicked and tried to bite its way through the bag, and the other kind of suctioned itself to the bag in the process, depriving itself of oxygen until the handlers were able to free him.

The team worked tirelessly to get the sharks swimming freely again, and we stayed down working with them until our air tanks were completely empty. The mood was somber as we surfaced — we couldn’t be sure whether the blacktips had made it or not. We tried to look at the positive and remember that the sharks would surely die if sent to the fish market, but it was still upsetting to watch the animals in such a stressful situation. 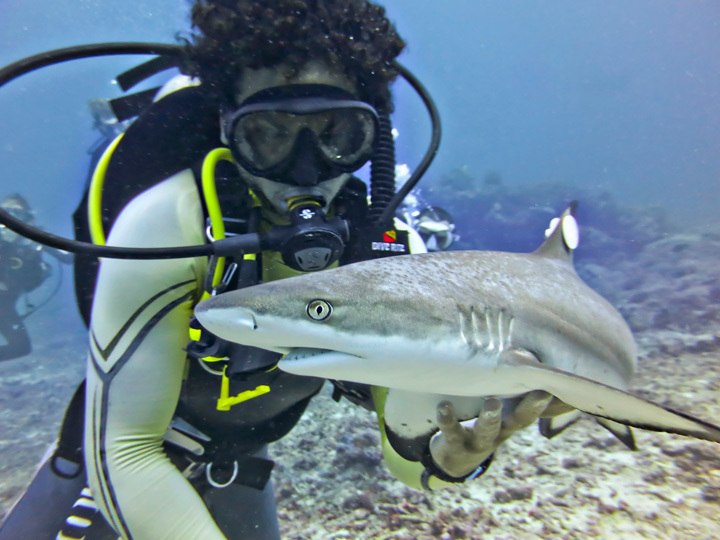 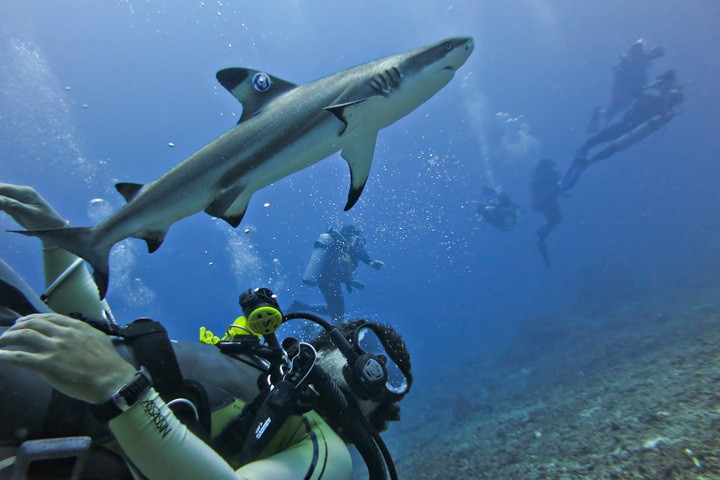 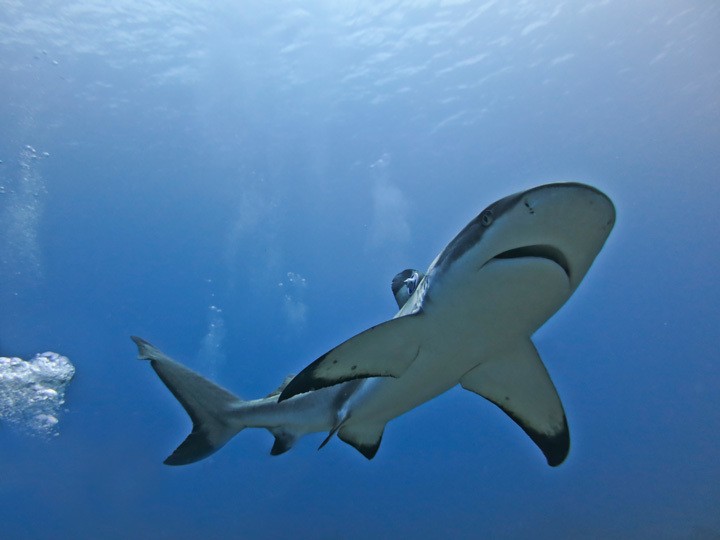 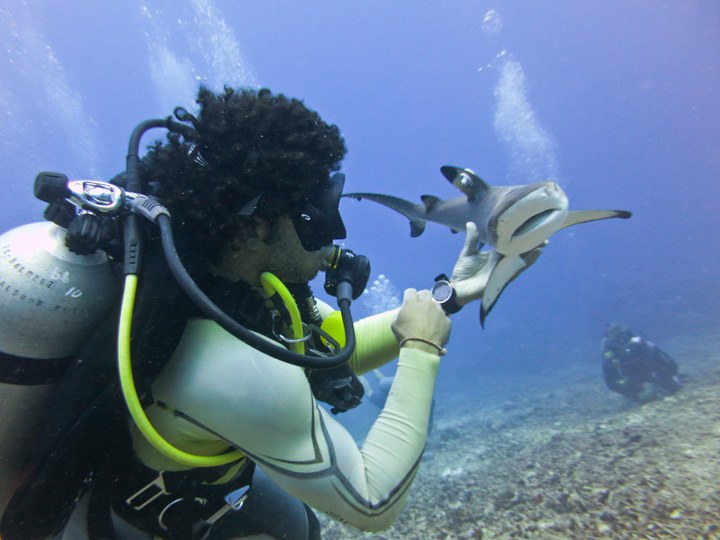 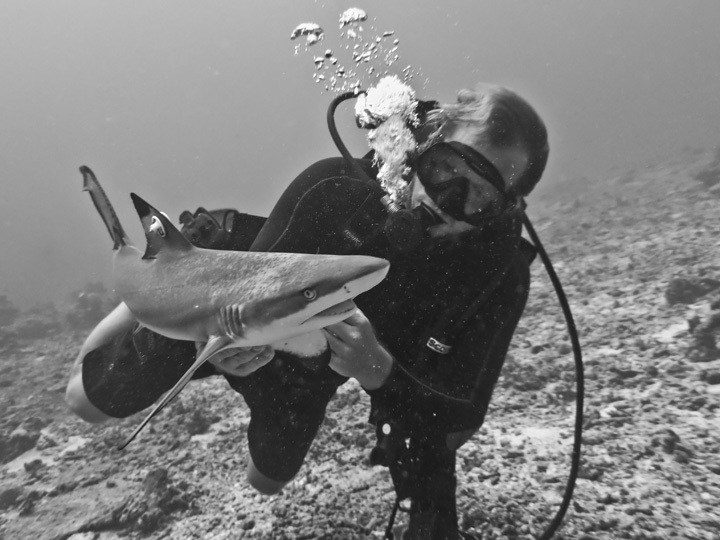 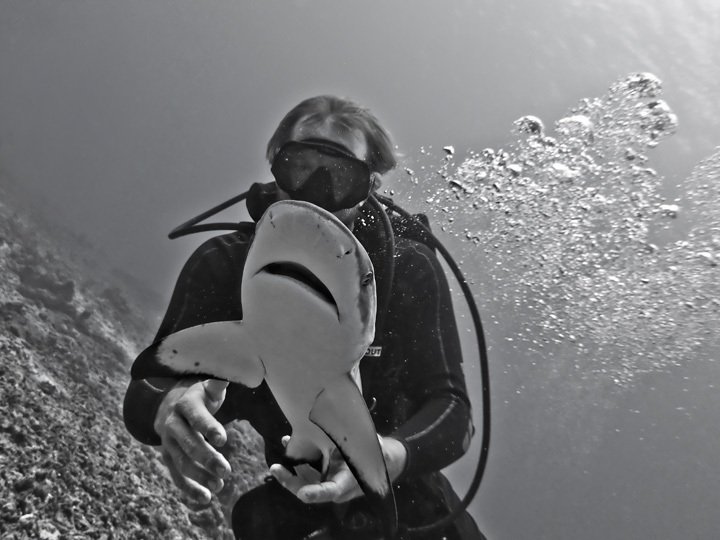 There’s no way around it — this is a controversial approach to shark protection. While I had — and still have — my reservations about it, I am grateful for the opportunity that I had to be a part of this experience. Personally, I believe the most important goals should be legislation and enforcement to end shark fining as well as alternative income for fisherman. I share the concern others have about creating another financial incentive for fisherman to take sharks out of the ocean. And a Marine Protected Area has its restrictions — we don’t want to create a cycle where sharks are being continually caught, bought, and put into the ocean just to be fished out again. Reducing demand will always be more effective than trying to restrict supply — however it is a slower, less glamorous process.

We all have the same goal — to keep sharks safe in the long run. I am proud to be friends with movers and shakers with such a “let’s do this!” attitude — people who take a passion and put it into action. Not many people are prepared to do more than talk about issues that matter to them, and that is commendable. 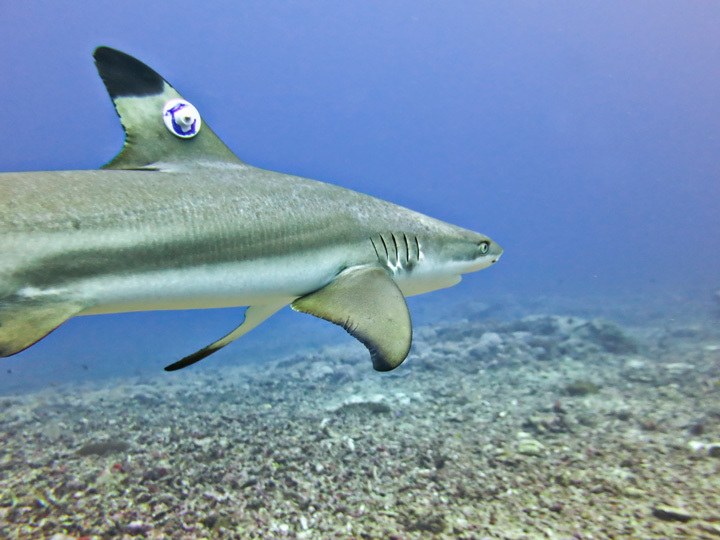 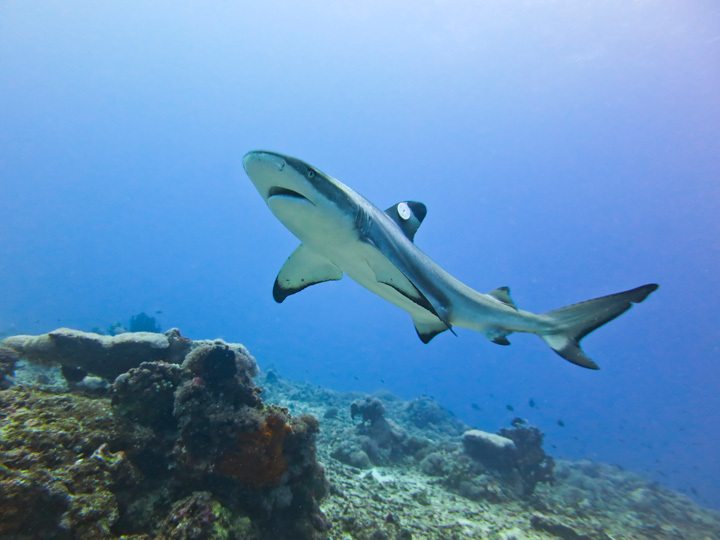 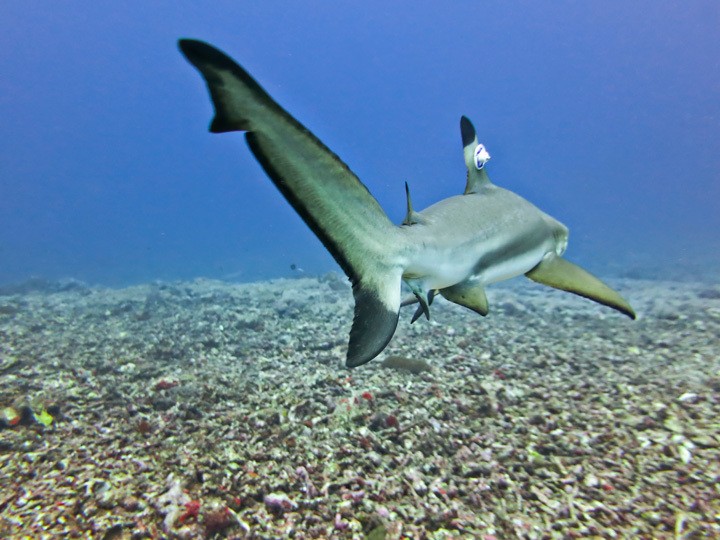 As always, I want to emphasize that sharks are not the enemy, despite what Jaws may have told us. Sharks are an important part of our ocean eco-systems and are valuable for eco tourism, and they deserve a place on this planet. You can help by saying no to restaurants that serve shark fin soup, supporting legislation banning the shark fin trade, and donating to shark conservation groups.

Take a moment to watch this fantastic video put together by the Gili Shark Foundation showing the whole process!

Video by the Gili Shark Foundation

What do you think we can do to better protect sharks? I’d love to talk conservation with you in the comments!

Photo of the Week 118 The Luxury All Inclusive Experiment: Samabe in Bali
30 Comments...