The Time I Was Mistaken for a Prostitute, Also Known as My First Visa Run

The visa run is an inevitable fold in the fabric of life on Koh Tao. Most expats on the island are not on work permits but on “multiple entry” tourist visas. That means that every 60 days, or every 90 days if they have extended their visas in Koh Samui, tourists must leave Thailand and renter in order to activate the next 60 day “entry.” Yet there are no stipulations on how long you must spend outside of Thailand between entries.

So for those on Koh Tao, it all adds up to hopping the border to Burma. My first visa run was a learning experience indeed — with the fun bonus of being mistaken for a prostitute. But I’ll get to that part. 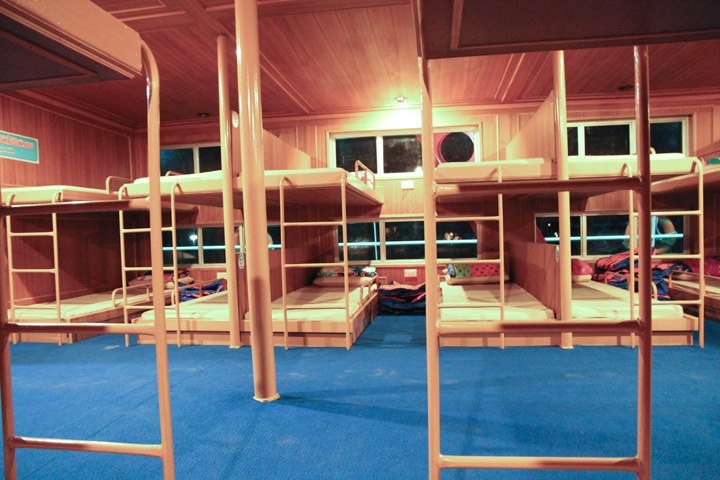 “Burma’s lovely this time of year!” That’s the joke we love to say when someone is bemoaning the hassle of an upcoming visa run. It’s a joke because while the entire process takes almost a day, you spend less than 30 minutes within the Republic of Myanmar.

The process starts with taking the night boat from Koh Tao to the mainland. I was shocked by the level of comfort on this boat — there were individual beds with pillows, blankets, and a power outlet for each person. I slept soundly and dreamed that the boat plowed across Thailand and brought me all the way to Burma. No such luck. Instead, the boat dropped us in Chumphon before the sun came up and a cramped minivan carried us horizontally across Thailand for several hours. 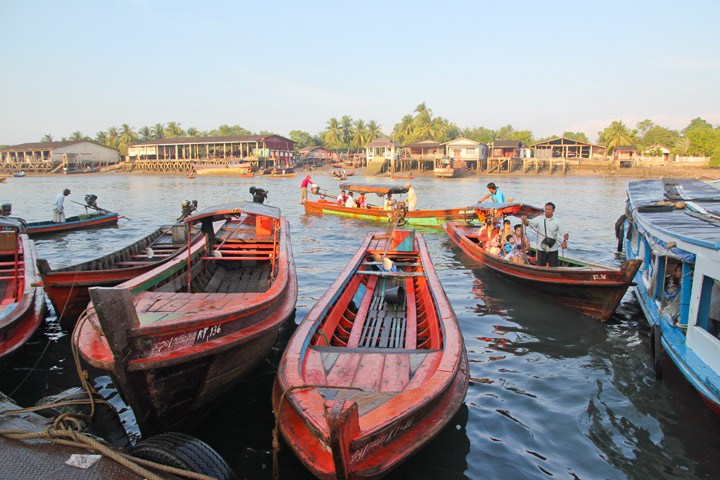 When we reached the Andaman Sea, we were led through a dilapidated immigration booth where we received exit stamps and were bid farewell by the Kingdom of Thailand. After we were herded onto a wooden boat to make the water crossing to Burma. 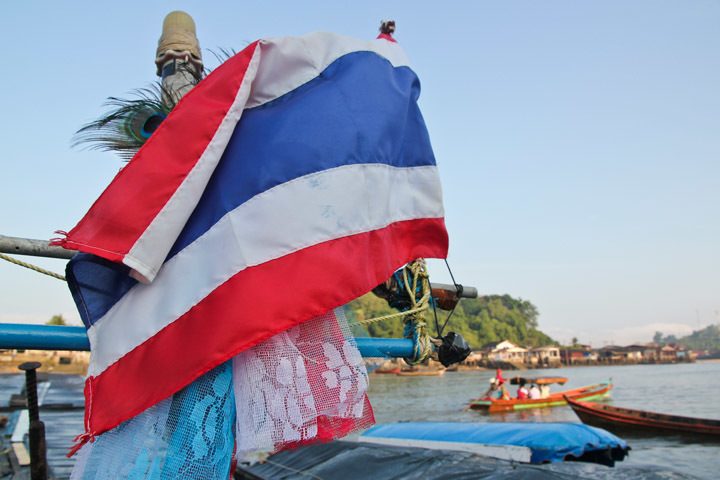 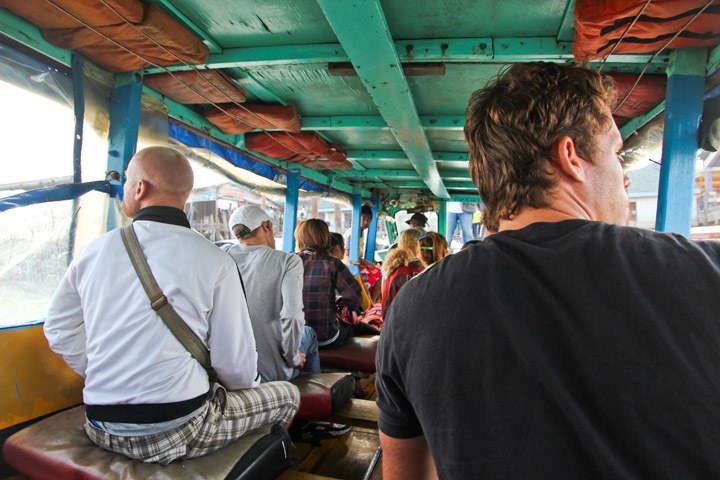 These photos might indicate that things were a little less than, shall we say, up to code. But rest assured, this boat was the very official Visa Express. 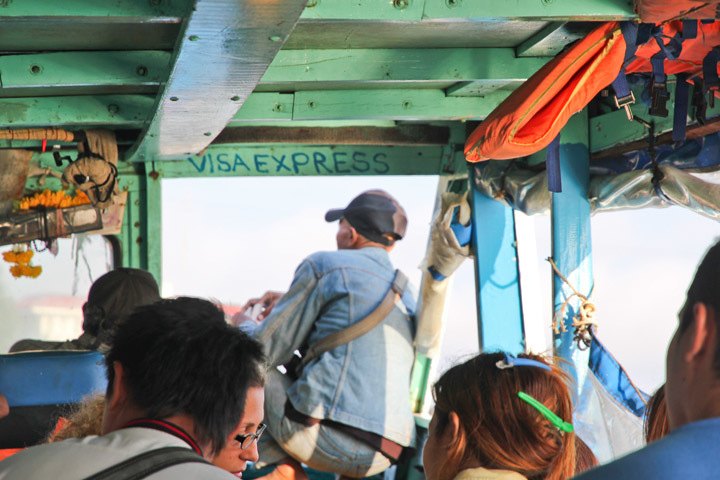 Along the way we passed scenes similar to those I have seen all around Southeast Asia where people are living on the water — stilted homes, boats as the primary form of transport, and happy children playing on the banks. 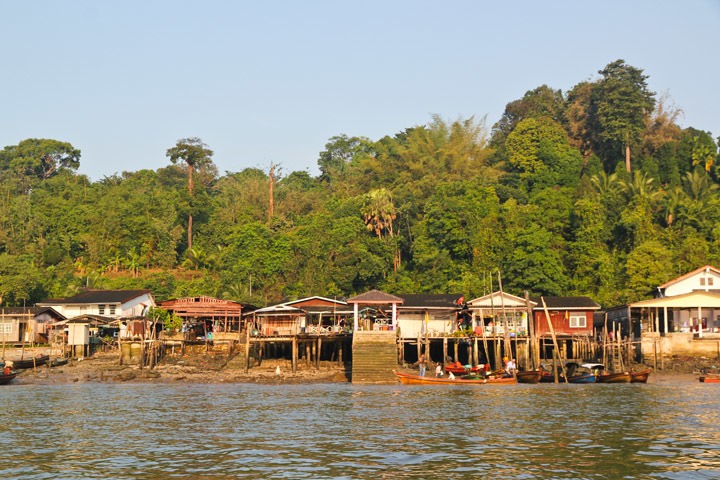 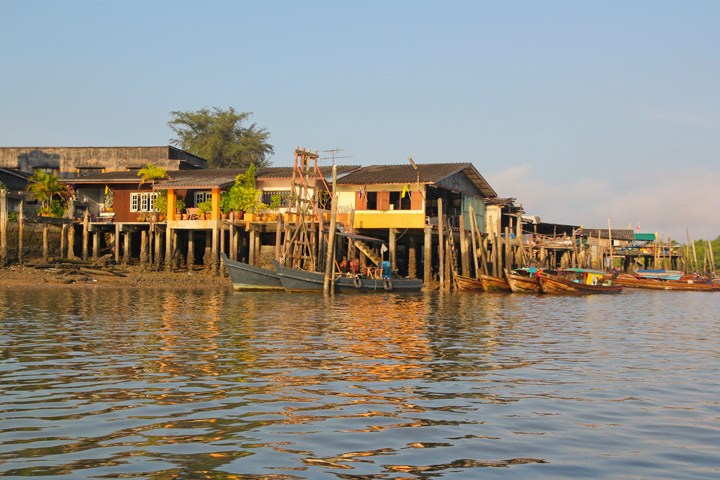 The boat ride was slow and silent save for the coughing fits of the sputtering motor. At one point, we stopped at what seemed to be a checkpoint island of sorts and armed guards stepped on the boat and eyed us suspiciously as we held up our passports like white flags. They nodded and retreated. 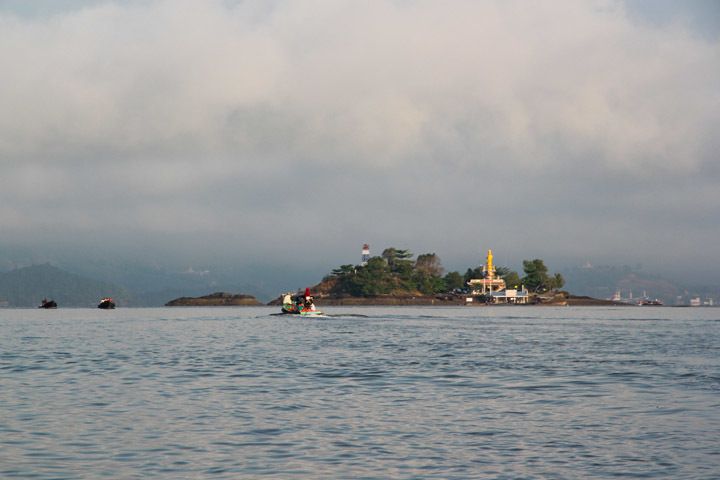 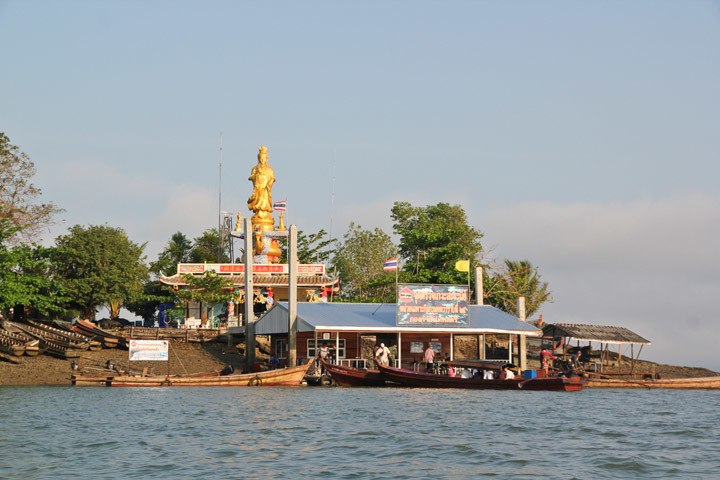 Eventually the boat reached what looked like any other dusty border town. There were starving dogs and puppies everywhere, leering men trying to sell Viagra and children with distended abdomens begging for spare change. We waited in line, handed over our passports, and were welcomed warmly into the Republic of Myanmar. And, perhaps a bit rudely, we turned right back around and left the way we came. 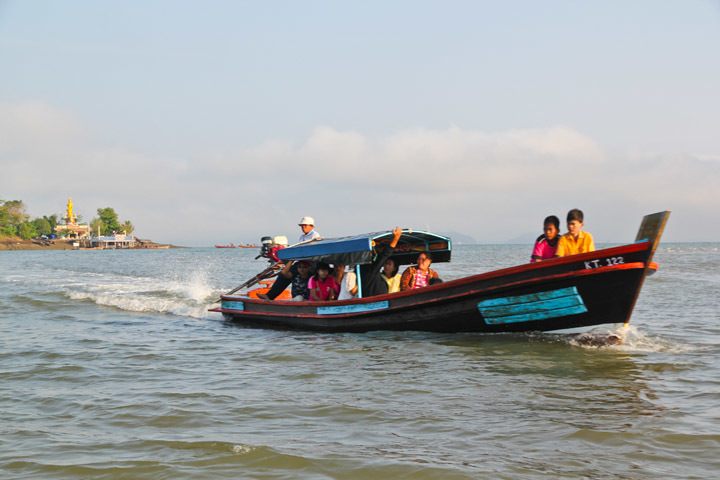 Despite the unappealing scene at the border (really, no border town is ever appealing) I felt a pang of regret that we weren’t going to see even a tiny bit of Burma. I’ll be back someday, I suppose. 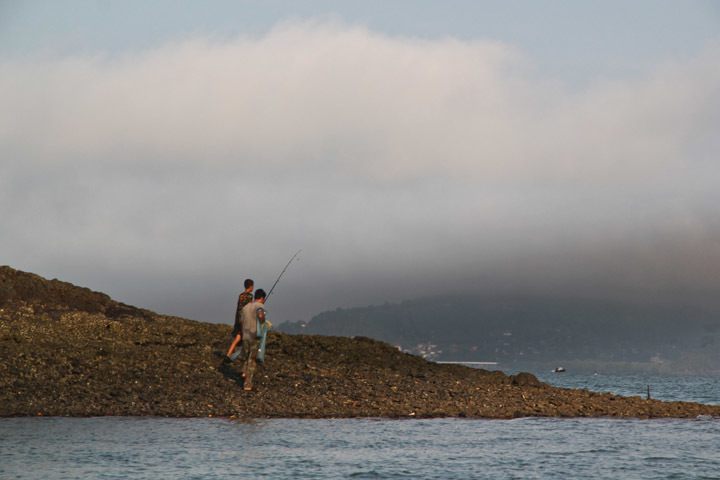 The boat brought us back to the same immigration checkpoint that we had departed from not more than 2 hours before. We waited in line, trying to make ourselves more presentable after reading a sternly worded sign that I think unfairly discriminated against hippies. It was kind of hard to make Mark much more presentable, however, considering he forgot to wear shoes. Luckily I had brought along a top to cover my shoulders. 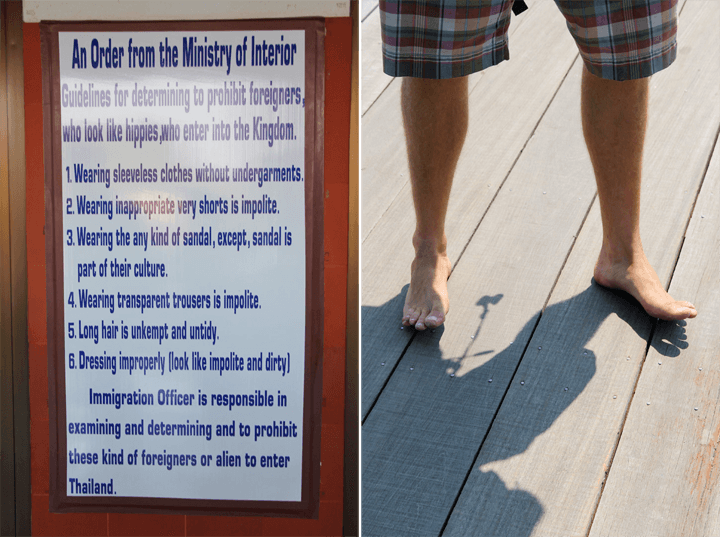 Luckily we were both allowed re-entry into Thailand despite our slight ragamuffin appearance (we had been traveling all night, in our defense). However, my disheveled appearance must have been confusing to some, as while I was waiting for Mark to finish in immigration I had one of the most bizarre experiences of my travels. I was sitting on the dock playing with some flea-ridden puppies when a local man approached me and started an extremely odd conversation. Unnerved, I hopped up and made a beeline for Mark and asked nervously what he made of the whole situation. He agreed there were very few ways to interpret a proposition that ends with “I will pay you.”

Ah, life in Southeast Asia. First I accidentally get a massage in a happy-ending parlor and then I get mistaken for a prostitute. At first I was in disbelief that the man could think that I was for sale… it seems a bit against the sex-tourism stereotype, right? A Southeast Asian man approaching a white woman and offering to pay for sex. But in retrospect I have heard there are a shocking number of Eastern European prostitutes in Thailand, so maybe I shouldn’t be quite so surprised. It was definitely unnerving, but like I said after my massage parlor experience: Just another great story to tell at formal dinner parties!

We arrived back on Koh Tao on the afternoon boat, less than 24 hours after departing. Just another day in the life on Koh Tao.

Where to Eat on Koh Tao

Going Back to Southeast Asia