Some traveling days are hard. Rushing to make bus connections, trying to communicate in a completely foreign language, preparing to sleep on the beach with no protection from the elements. Other days are just blissful and easy and make you want to sell everything you own and set up permanently on a deserted island. This was one of those days. 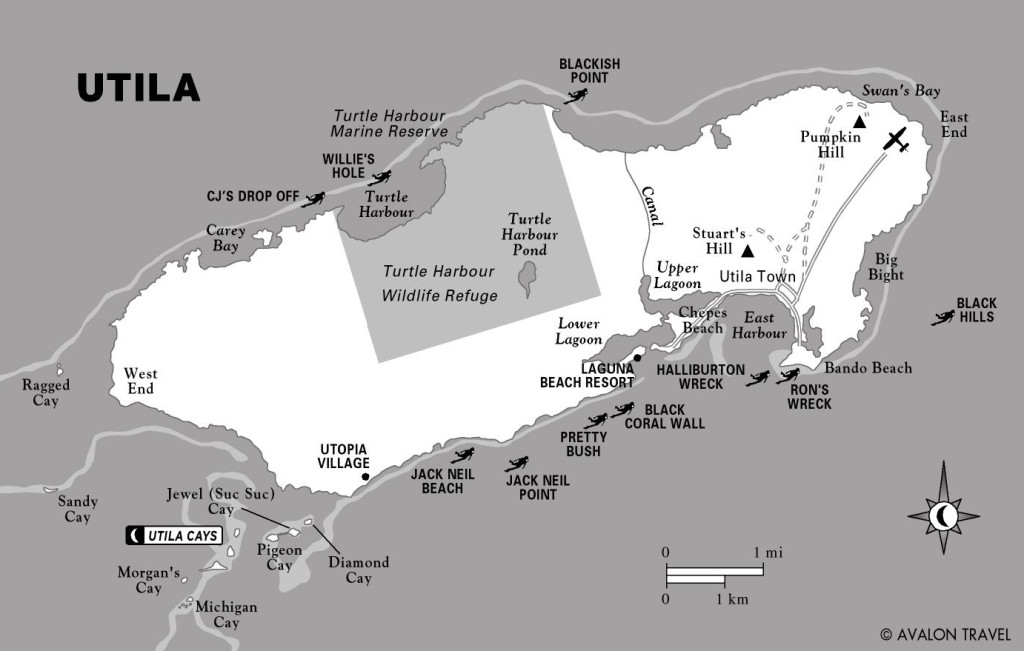 To orient you, we were staying in Utila Town (very little else of the island is inhabited). Out of the Cays, only Pigeon and Jewel are inhabited. Water Key, where Sunjam is held, is also where we went for the day. It is not named on the map but is the largest Cay.

As I’ve whined mentioned before, the one thing Utila is lacking is easily accessible, beautiful beaches. But if you are willing to haul your lazy backpacking self  out to one of the Cays, you will be treated to the kind of beaches postcards were created to feature, and due to that lack of easy access, you might just have them to yourself.  We met a very amusing boatman named Zorro while coming back from one of our dives earlier in the week who promised us a very good price to bring us to and fro. When we showed up at the dock he was still busy cleaning the day’s catch. Being mildly repulsed by the smell of dead fish, I could be found gagging over the side of the dock while Steffi got this great shot. 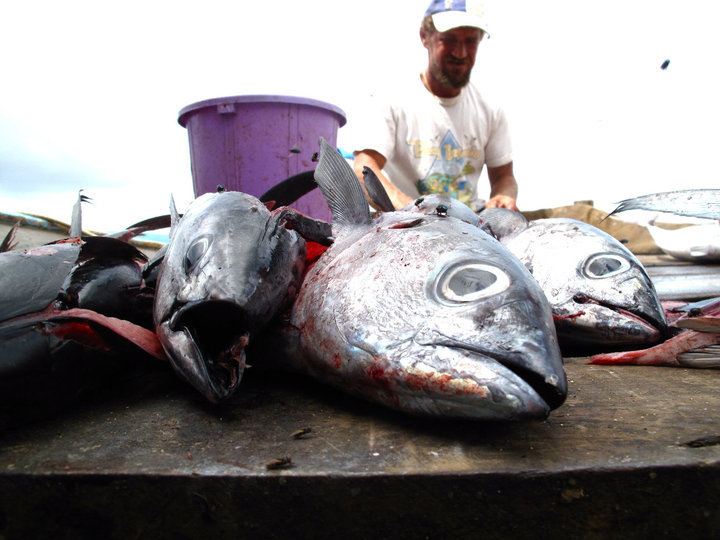 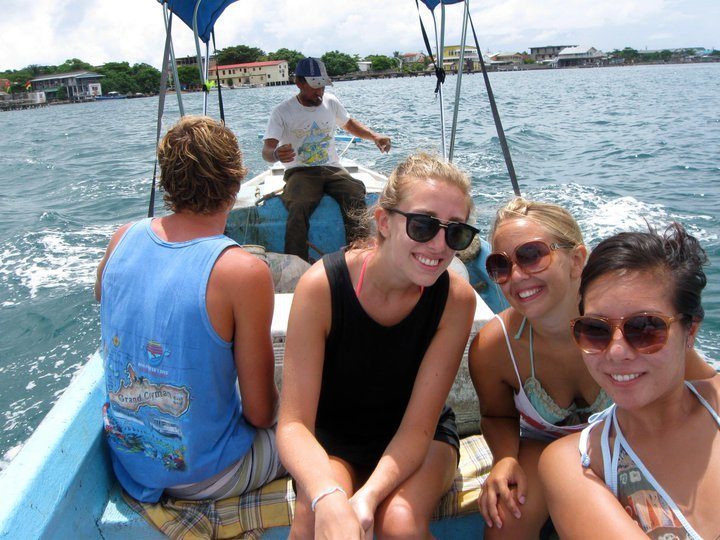 En route to Water Cay, we passed the connected Jewel and Pigeon Cays. They are home to about 400 inhabitants, most of whom are descendents of the first people to arrive in Utila in the 1830’s. Aaand where did they come from? From the Cayman Islands, just like Mark and me! Okay well, we only really came via the Cayman Islands, but that’s semantics. Rumor has it they then left the “mainland” of Utila for the Cays in order to escape the sandflies, whose reign of terror still chases tourists out to the Cays today. I think the sub-culture existing on these tiny islands must be fascinating, and I would have loved to stay a night at the one hotel available on Jewel Cay, but it didn’t work into our plans this time. If I ever make it back to the Bay Islands, staying there will be a top priority. 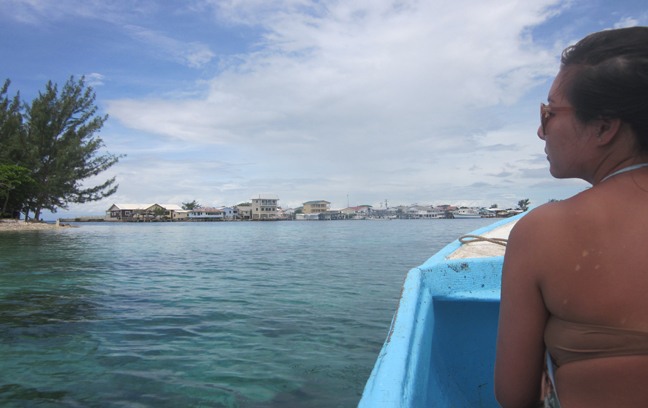 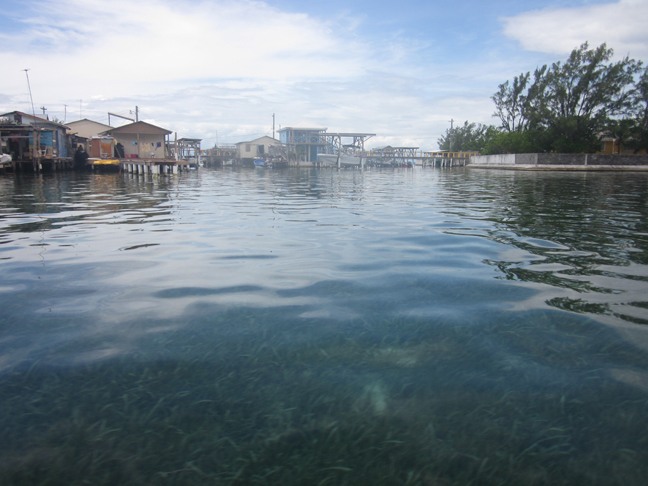 Water so clear you can see the sea grass!

In less than 15 minutes we arrived at Water Cay. There was a slight bustle of activity at Sunjam was taking place the next night, but that did nothing to mar the beauty of the place. We payed the caretaker the 25 lempira/$1.25usd “entrance fee,” arranged a pickup time with Zorro and crossed our fingers he’d show, and then looked around and got a little giddy over how insanely picturesque the island was. We had packed a loaf of bread, a jar of peanut butter and several bottles of water and sunscreen; the making of a wonderfully lazy beach day. 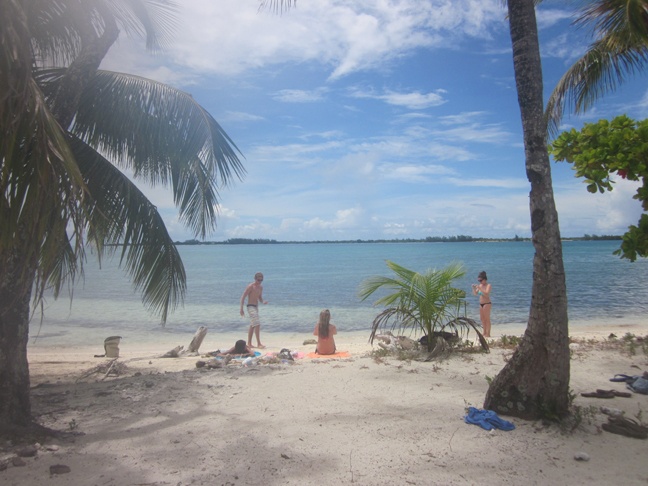 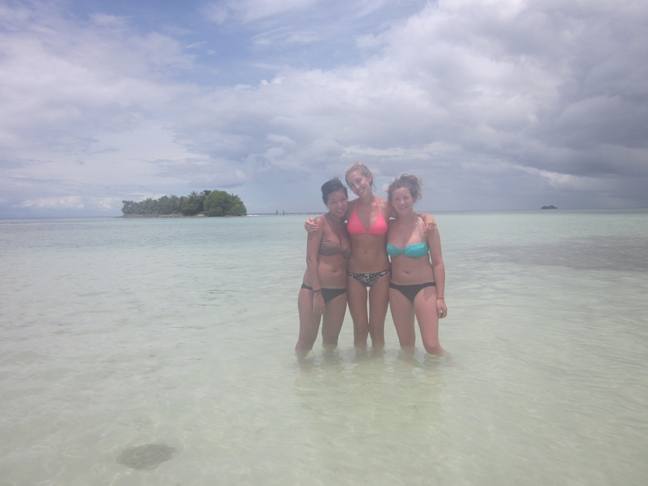 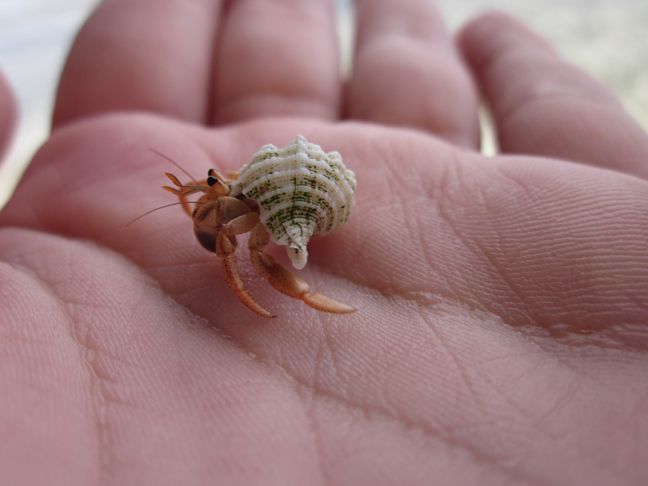 Unfortunately I have never been known for my ability to stay in one place for long. After circling the island on foot (which only takes about 10 minutes) I was itching to swim.

We had to watch our step — there were flounders everywhere! I love these little guys and their miserable frowns. Mark and I had so much fun chasing them around. Before you know it we were halfway to the next Cay. So we kept swimming. 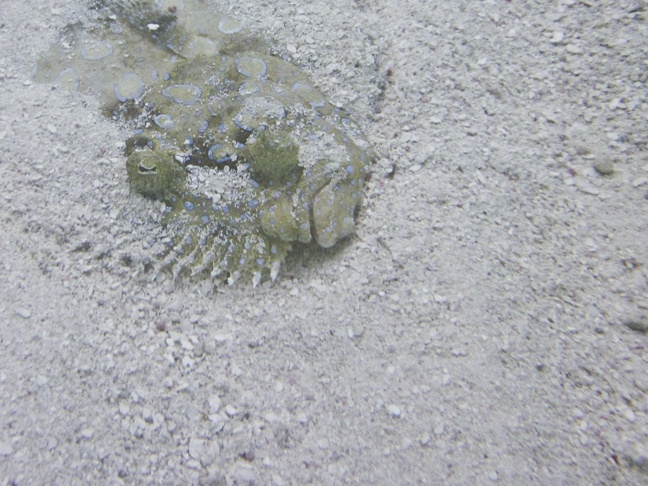 The “island” we arrived on was nothing but a miniscule spit of sand with a single bungalow on it. I’m not sure if it was privately owned or for rent, but both Sandy Cay and Little Cay are available for only about $100 a night. That must be the cheapest private island rental in history! There was a great deck over the water and beautiful plants on the island. It seemed unoccupied so we hung out for a bit until we saw a boat approaching. 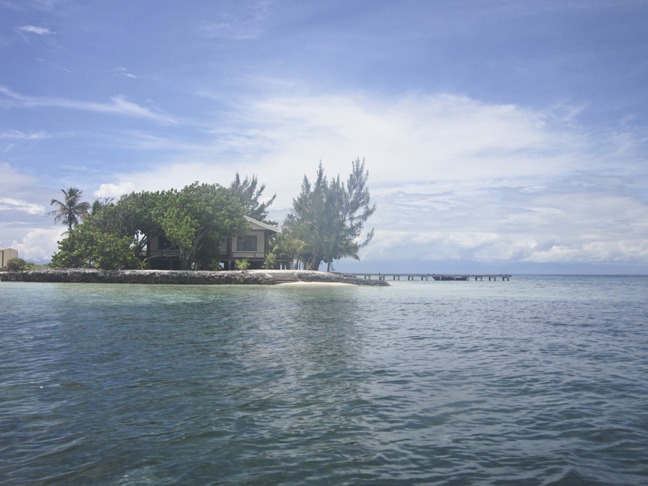 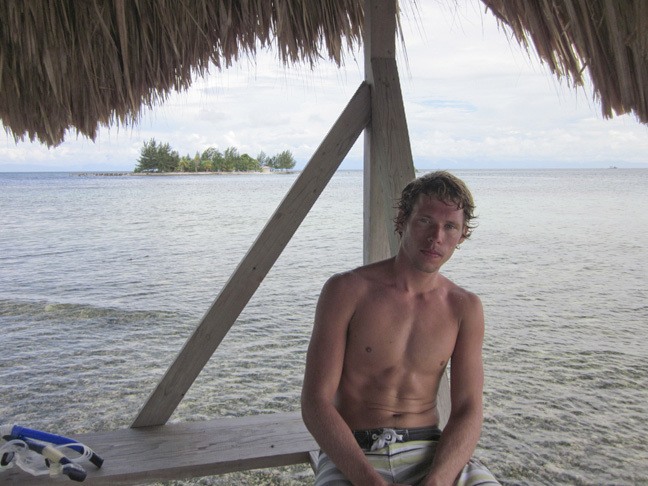 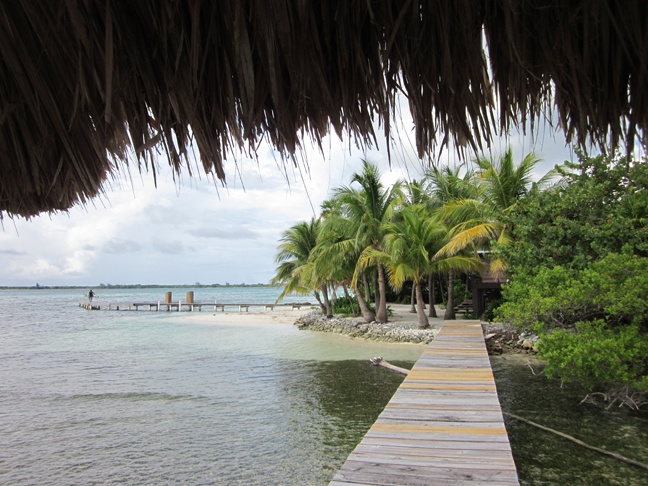 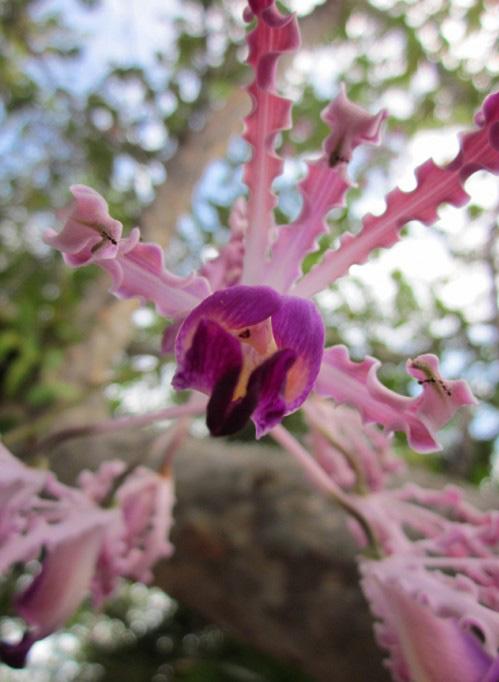 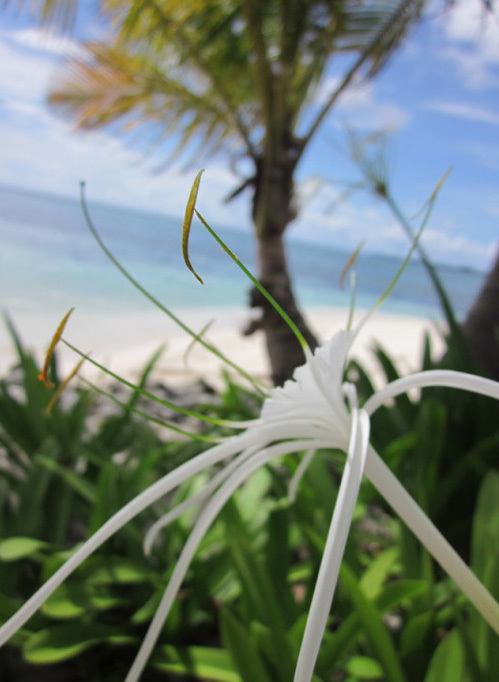 It was a lovely sidetrip although the swim back was a bit murky and I was quite happy to be back on land after Mark made a well-timed remark about sharks’ affinity for murky shallow water. Arriving back I saw the girls had been incredibly productive, as both Steffi and Liz had improved their tans and Melanie had amassed a sea shell collection. A perfect day. 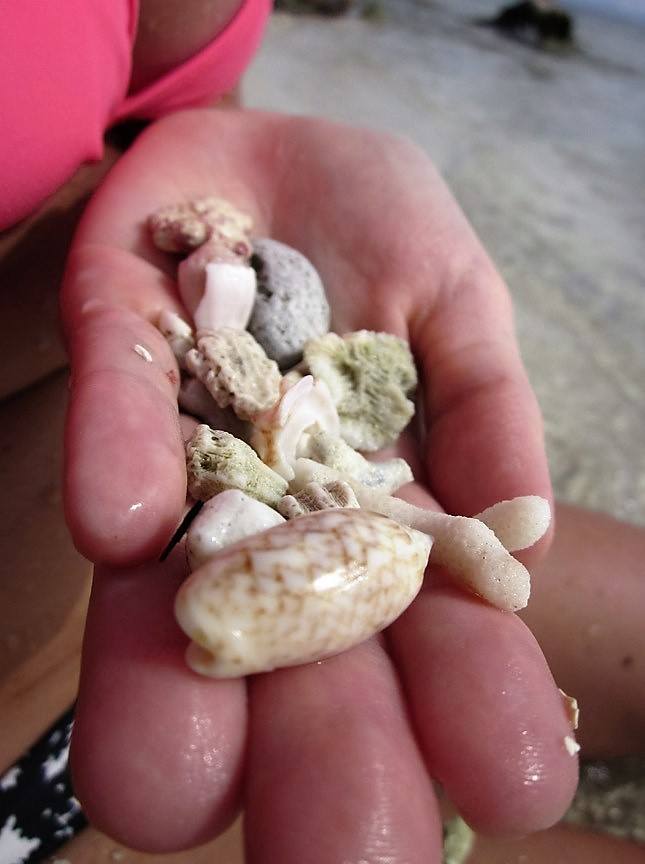 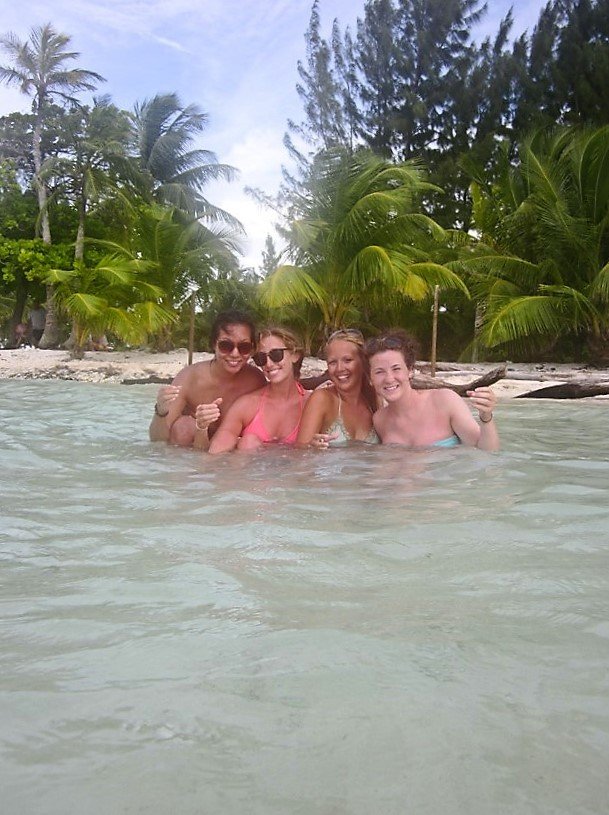 From Virgin Snorkelers to Diving in 3 Days Flat! Utila by Motorcycle: Two Wheels are Better Than Two Feet
1 Comment...