We left Water Cay knowing we’d be back in just 24 hours for Sunjam, which marked the end of our trip. With that in mind we were determined to make the most of our remaining time in Utila. For the girls that meant more beach time, but for Mark and me it meant after having so much fun renting a scooter in Roatan we were doing it again. 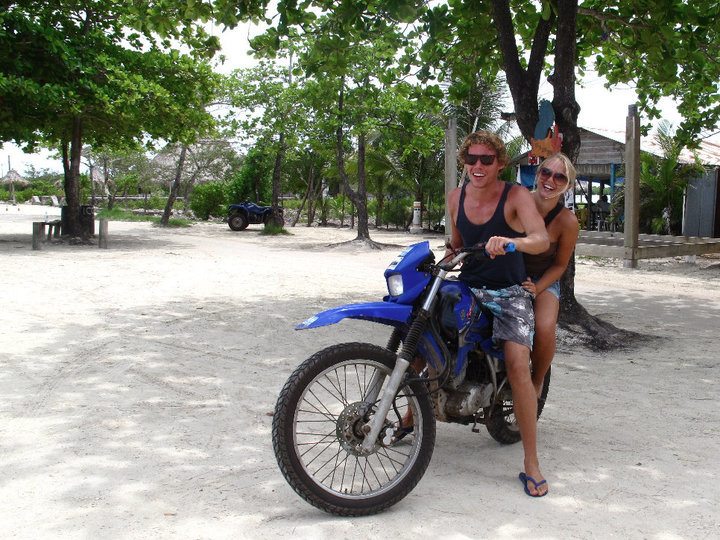 Utila is an odd island to rent a motorbike on, actually, as the road network is not very developed and there isn’t very far to go! We were hoping to reach Pumpkin Hill, where we heard from our fellow rafters in La Ceiba there were freshwater pools to swim in. But with no real map to guide us we were on an adventure! Or a fruitless journey with no hope, depending on your perspective. 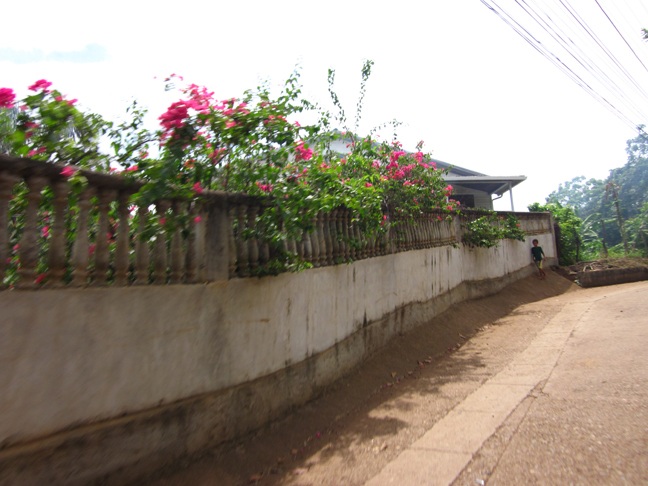 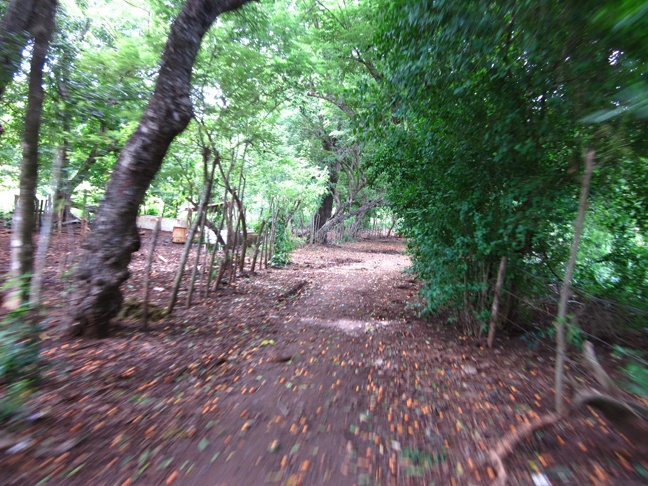 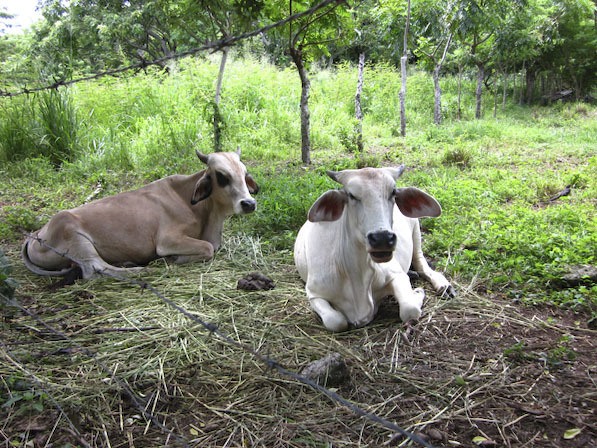 We took our time, stopping to explore along the way. When I screeched for Mark to stop for the photo above he told me that if we stopped for a picture every time we saw a cow in Scotland we wouldn’t get anywhere anytime soon. Somewhere along the way we took a wrong turn and looking at the map I had quite a laugh when I realized we had landed ourself at the island’s dump. In our defense, I would bet we are two of very few tourists who have seen this “authentic” side of the island. 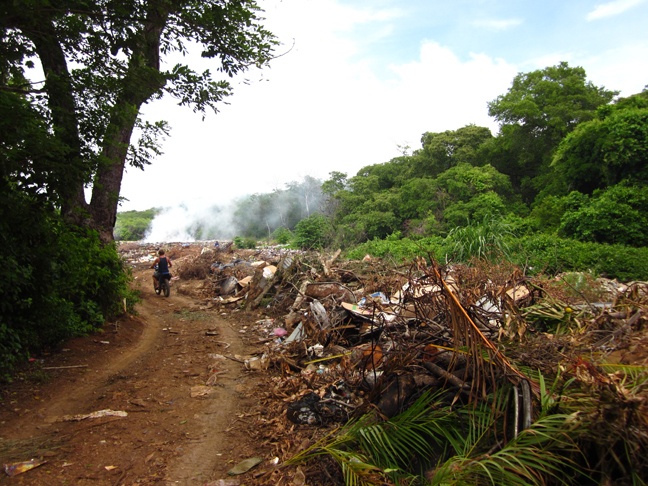 Backtracking, we ran into another major tourist attraction: the iguana farm. Of course it was closed, but considering how much Mark enjoyed the one in Roatan, its was probably for the best. 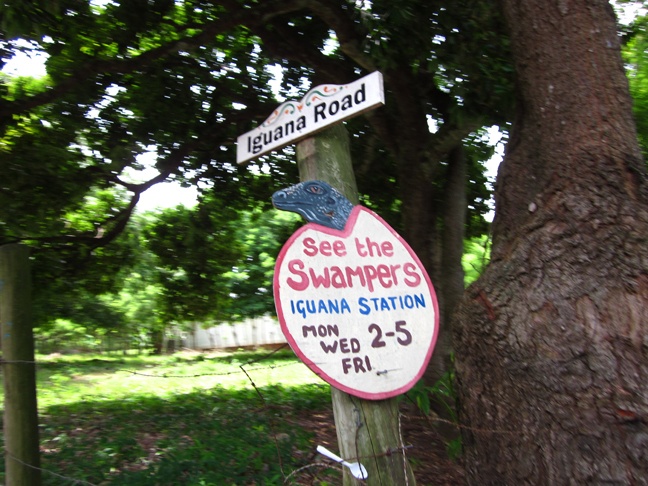 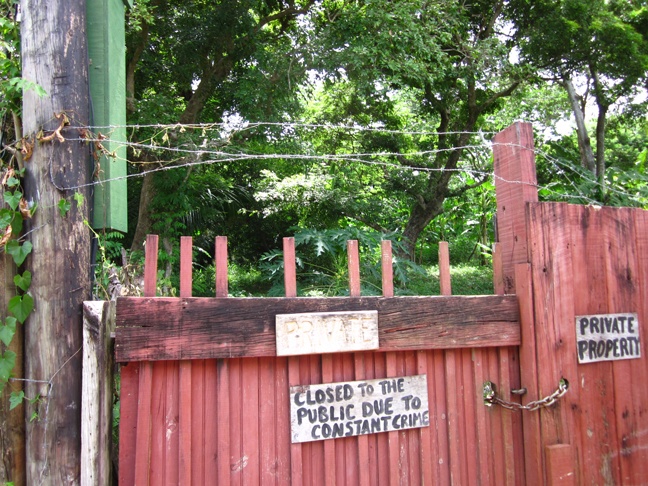 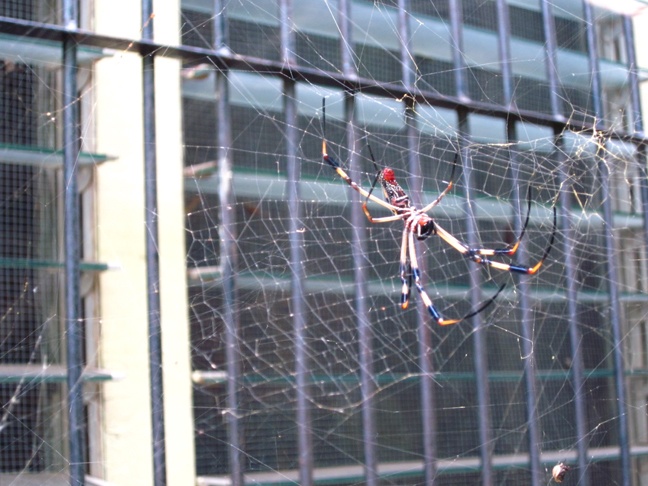 On the way back to the main drag we passed a few more fun diversions, a soccer field, an elementary school and some very interesting and most likely drug induced signs. 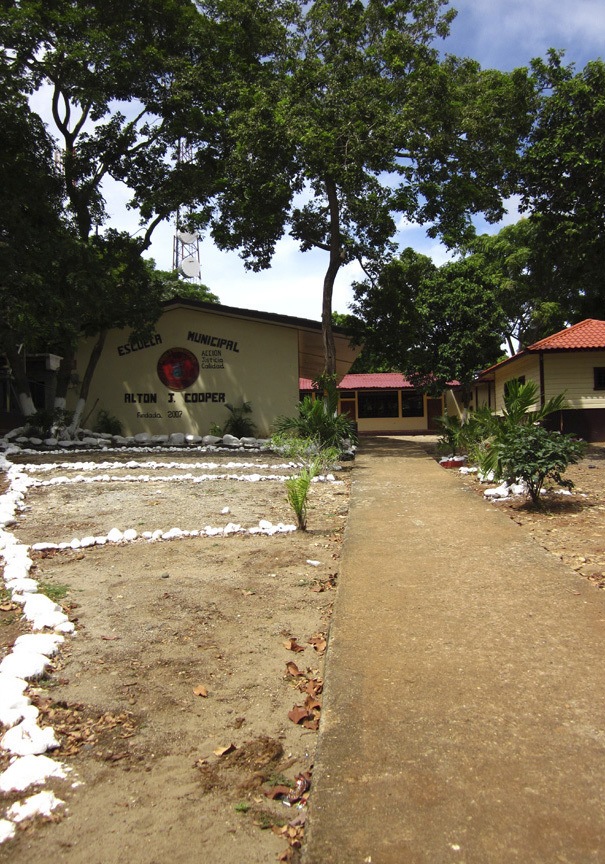 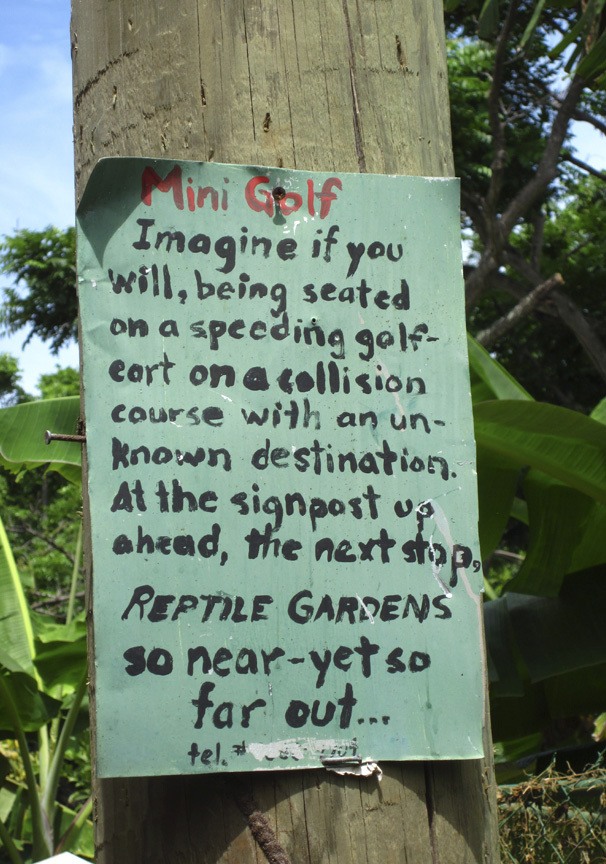 Once we were back in town we still had some time left on the bike so we decided to follow the coast for a while and see how far we could get. We passed Bando Beach and kept going until the road didn’t go any more. You can see what the rest of the coastline around Utila looks like… not the most hospitable of environments! 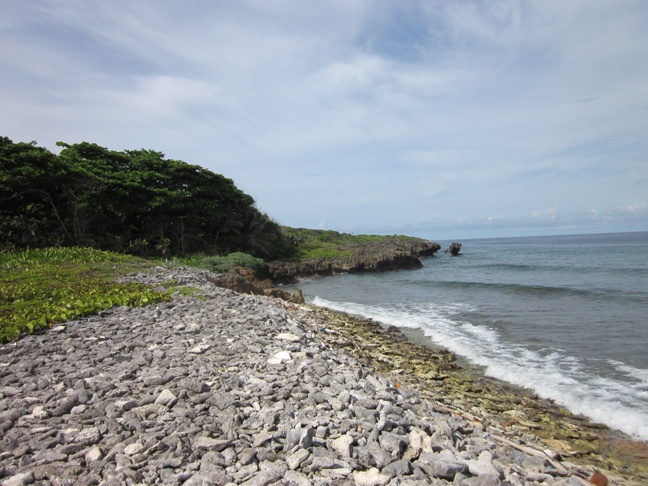 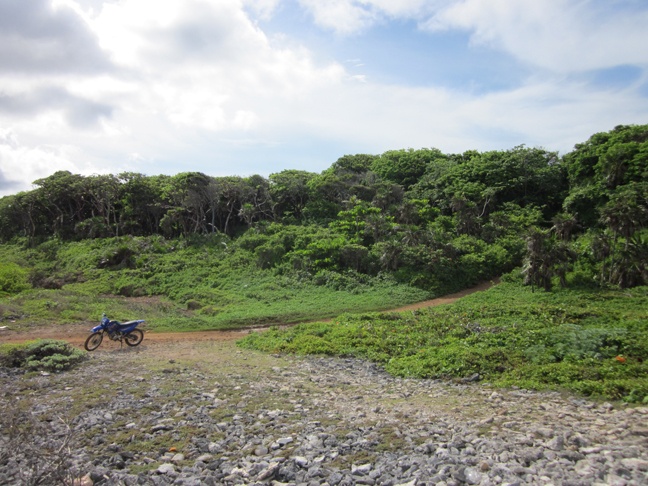 As we headed back to meet the girls for dinner, I thought about hopping on the bike and giving the driving a try. Its frustrating relying on Mark for transport always in Cayman and I know someday I will have to learn but for now… I’m happy on the back of the bike! 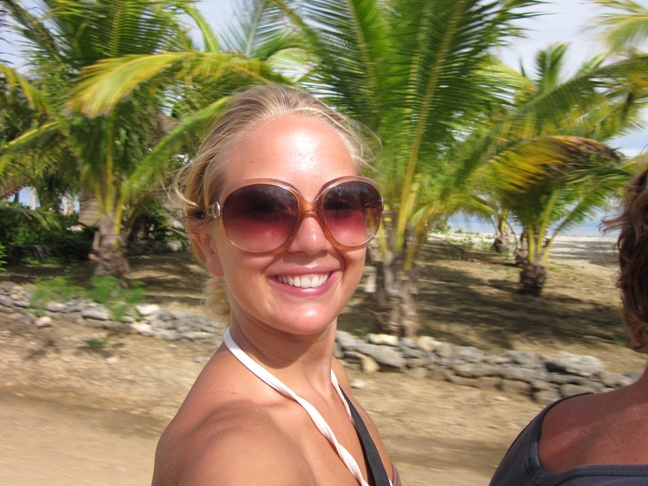