Aquatic Adventures in the Atlantic: SUP Yoga in Bermuda

Note: I’m temporarily jumping out of my chronological Central America trip coverage to tell you about my very last stop en route back to New York: Bermuda! We’ll jump back into Guatemala soon.
.

I admit, I was pretty tempted to just never step foot outside the Hamilton Princess & Beach Club for the entirety of my time in Bermuda. And it’s such a stunning hotel that I might do just that on subsequent trips. But Bermuda was a milestone for me; the thirtieth foreign country I’d had the great fortune to travel to. I was feeling sentimental and grateful about hitting that benchmark, and wanted to honor it by seeing the best Bermuda had to offer. 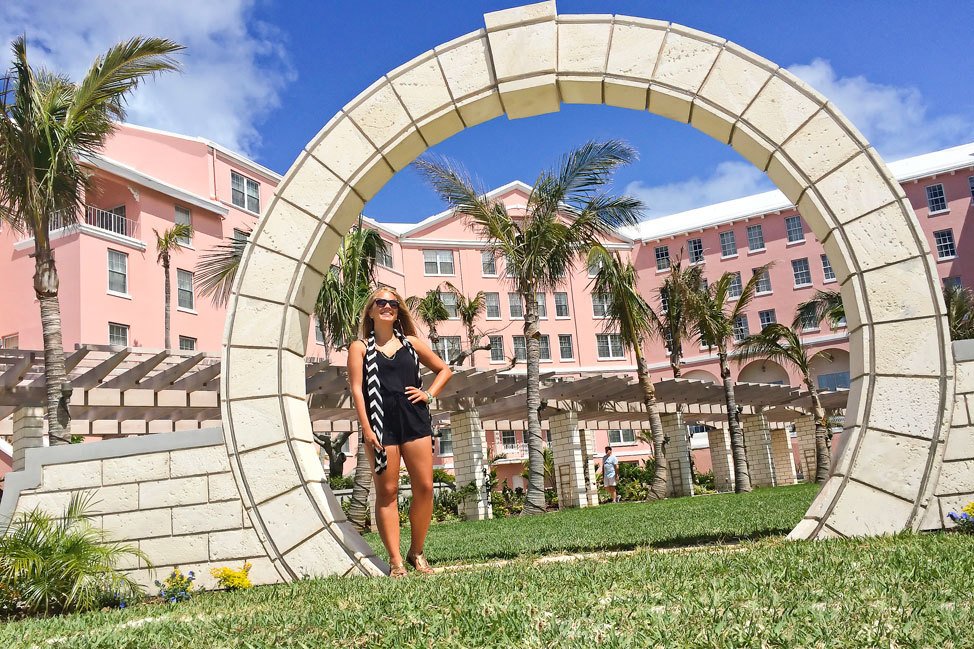 So on our first full day on the island, after a morning of lounging around the hotel and gushing over our good fortune with the weather, we decided it was time to lay eyes on one of Bermuda’s famed beaches. Though public buses and ferries are viable options for travelers looking to get around the island, we went for speed over savings and hopped in a cab. A mere eleven minutes later, we were unloading at Elbow Beach.

Let me assure you, there was a lot of squealing involved. (On my part at least. London Lawyer kept it together pretty well.) 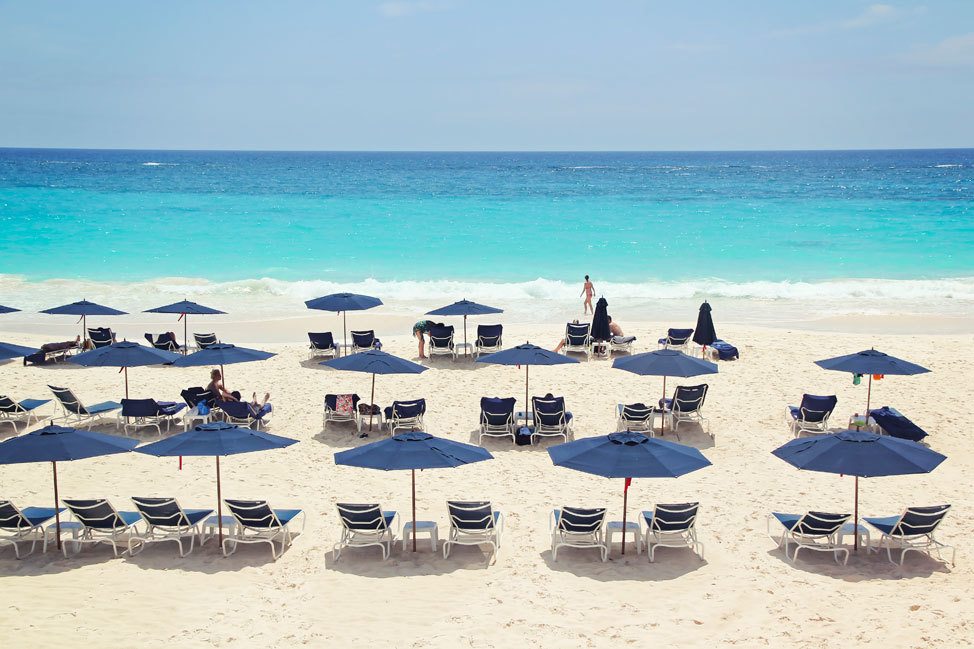 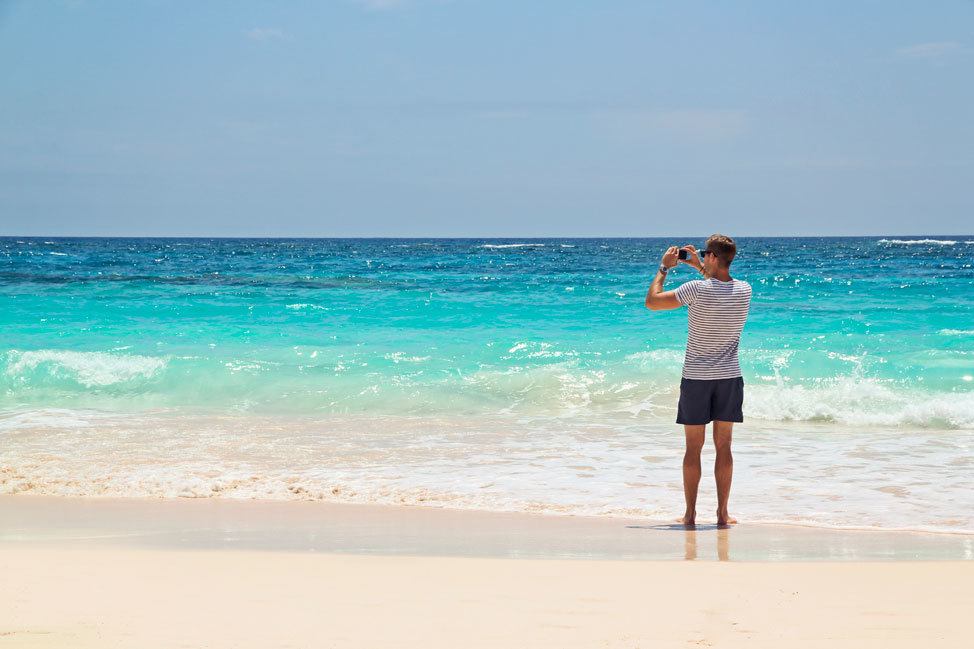 Surprise #5: The beaches really are all that.

Though I’d seen plenty of pictures of Bermuda’s electric turquoise waters, I remained skeptical I’d see them for myself. Surely, I thought, those photos were taken on the most beautiful, spectacular day of the year. There’s no way it could just look like that… all the time? Right? Right? 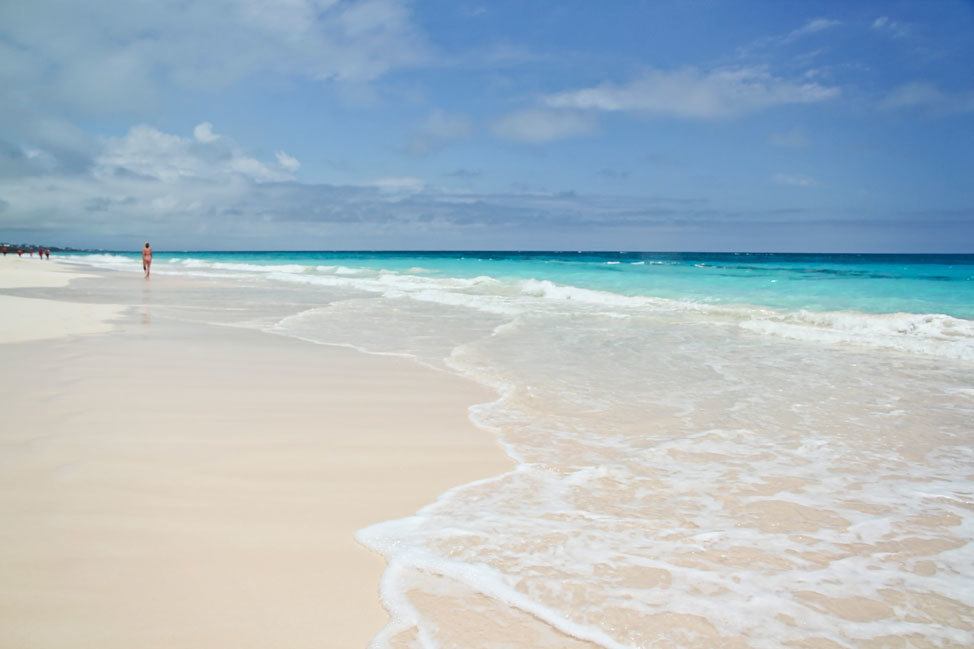 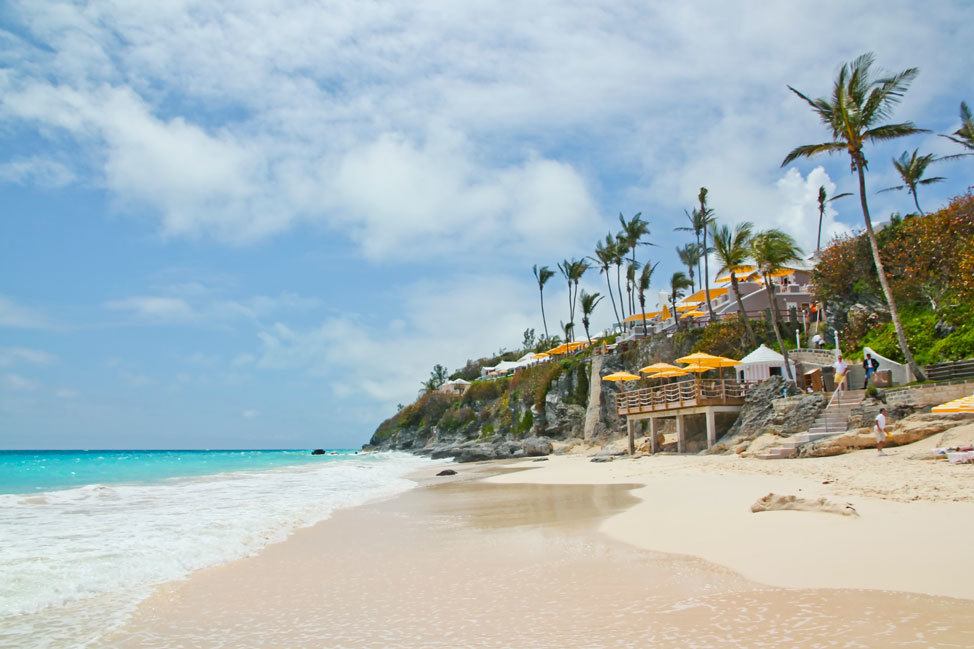 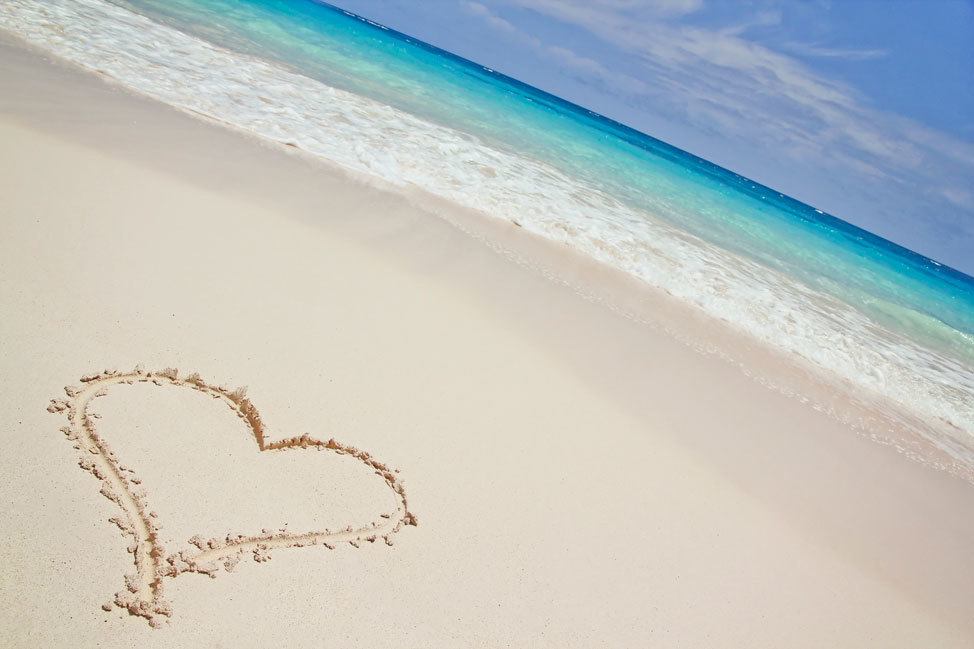 Though the ocean is still chilly in early May, the air temperature was perfect for stretching out in the sand and marveling at the view. I didn’t know water this color existed outside the Caribbean. 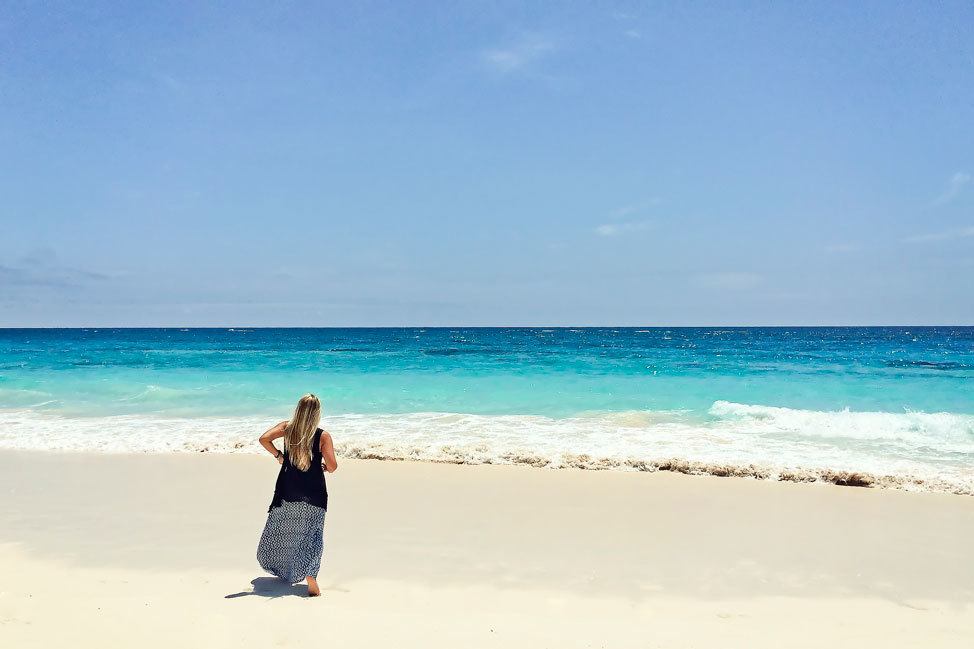 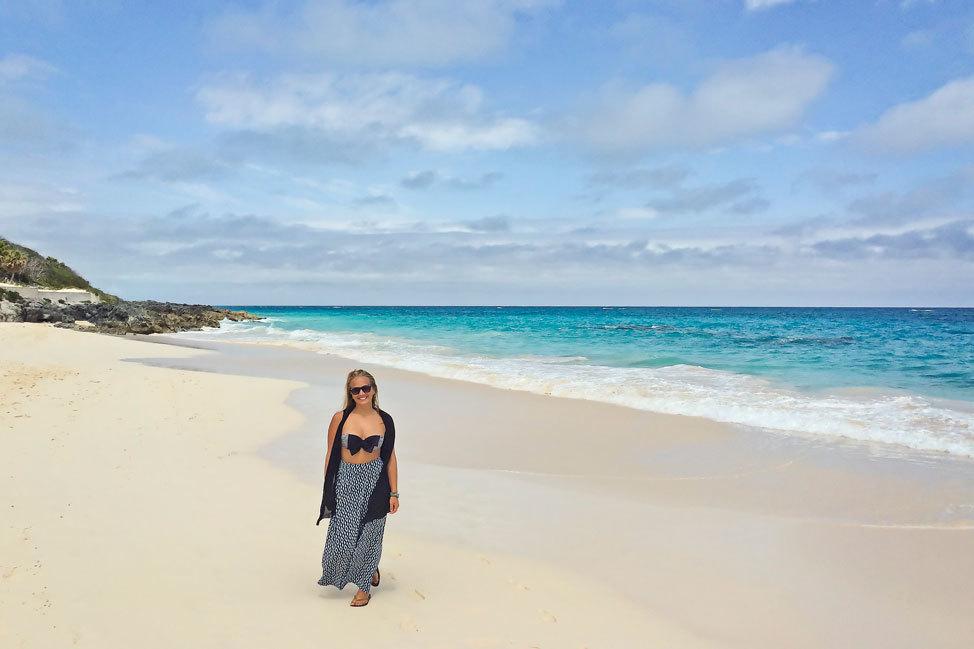 I’ve seen a lot of beaches in my life, and this one could compete with the best of ’em.

Elbow Beach boasts a big hotel on each end, but there’s a nice stretch of public sand in between where anyone can stretch out a towel. While there are far less developed beaches in Bermuda, we enjoyed taking advantage of the waterfront amenities, and at the recommendation of our hotel concierge we had a healthy and scenic lunch at Mickey’s. 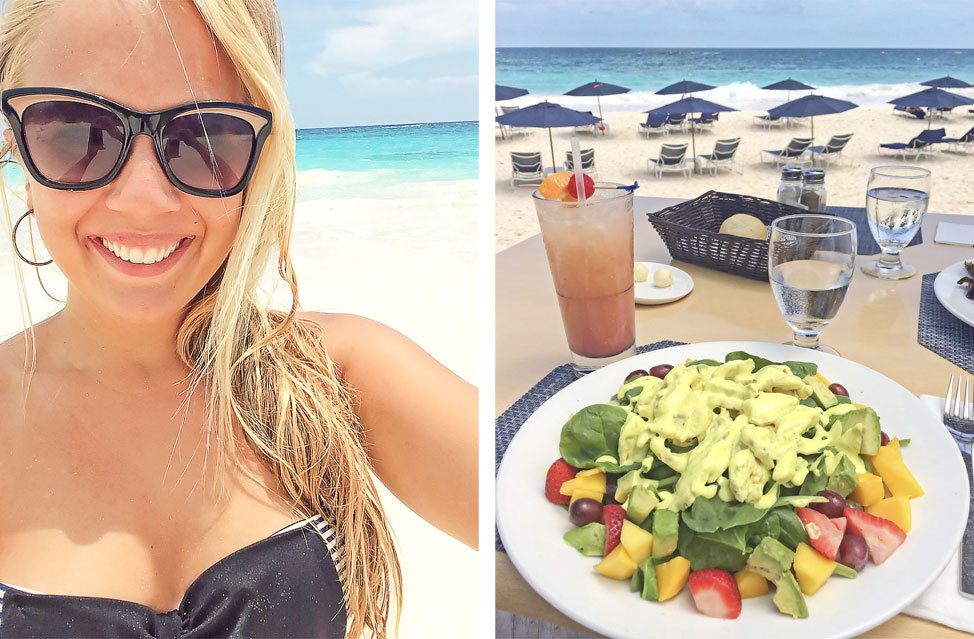 Fueling up was necessary for our next adventure. We were about to get up close and personal with those hues of beautiful blues at a Stand Up Paddle Yoga class with Yoga with Tali. Arriving at Spanish Point Boat Club, we were greeted by our friendly instructor Tali and a chatty group made up of expats and locals — and two freshly Bermuda-obsessed tourists (yup, that would be us).

We paddled out to a calm stretch of water from where we could see from one side of Bermuda straight across to the other, and began a particularly balance-focused yoga practice. I’d informed London Lawyer about this activity less than twelve hours before and smiled at what a good sport he was about his third ever yoga class coinciding with his first time on a paddleboard. 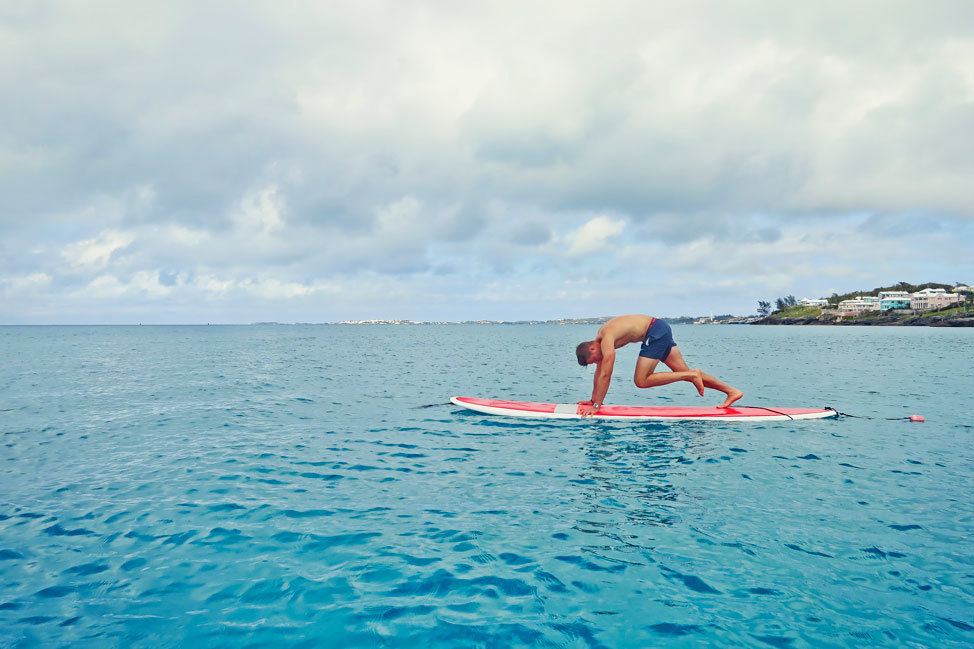 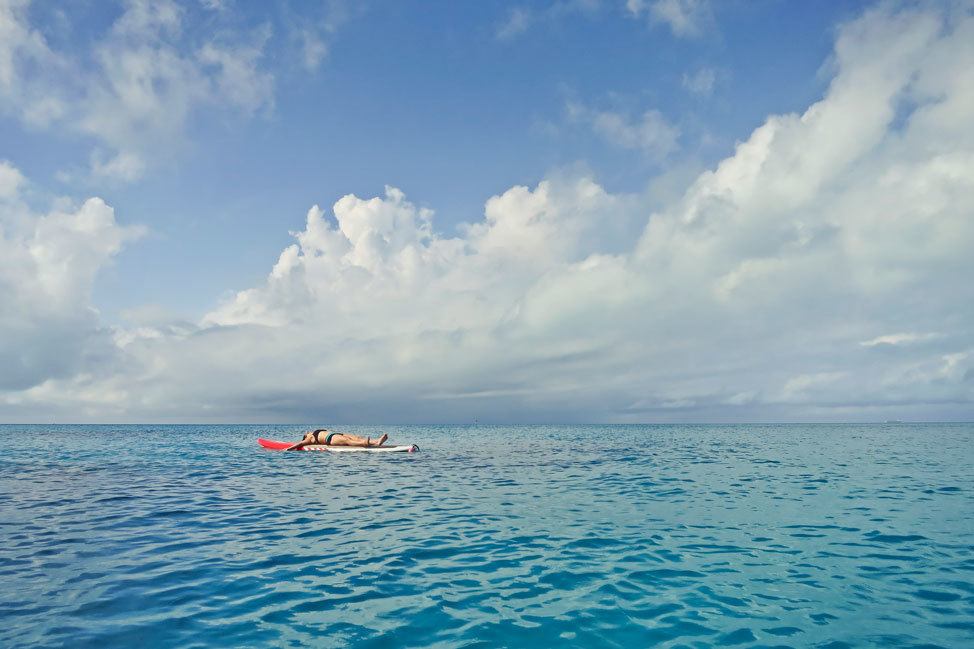 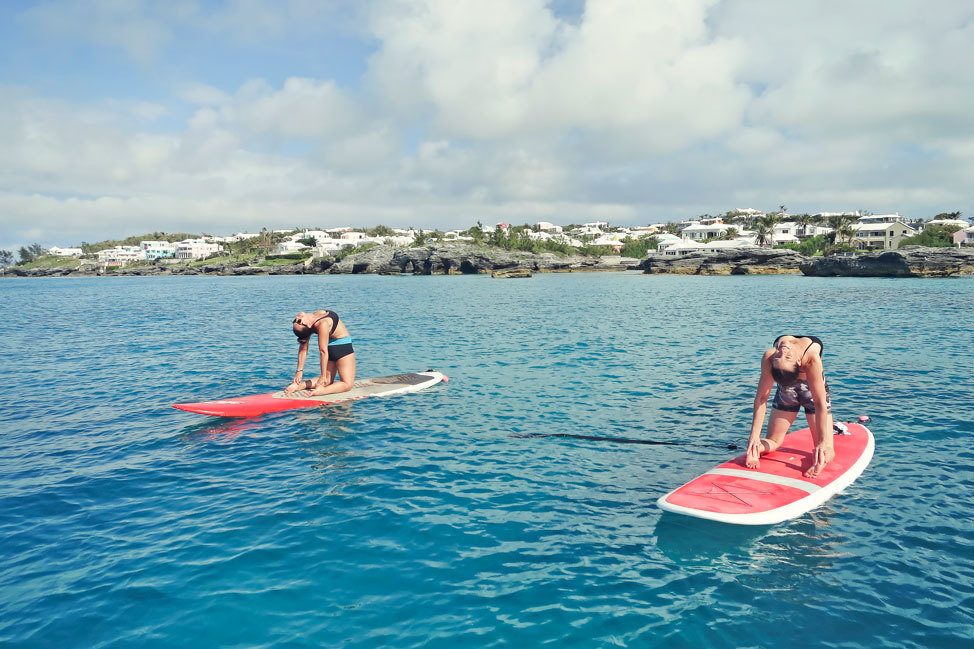 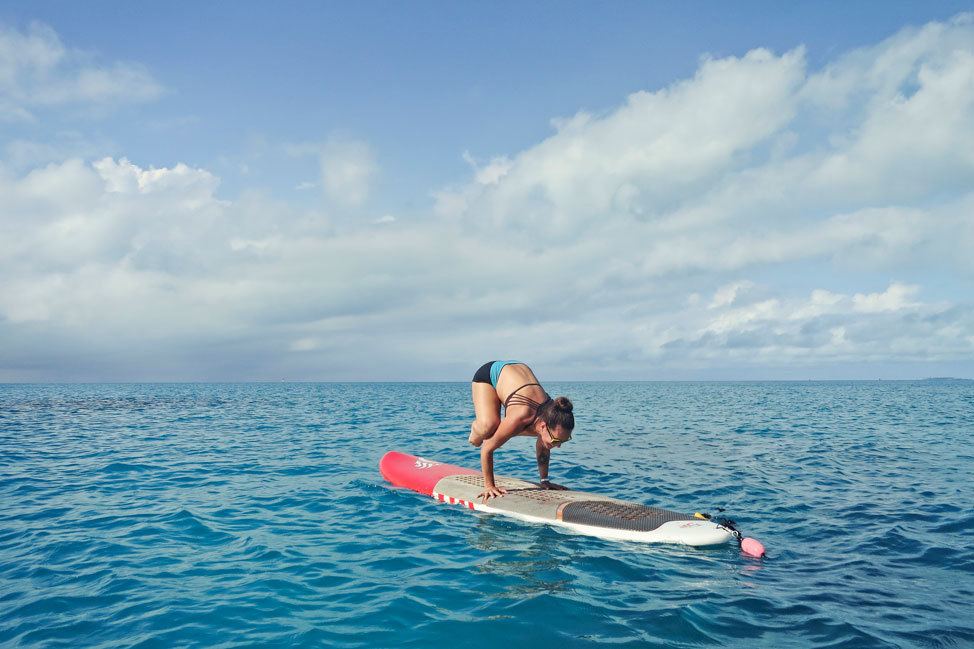 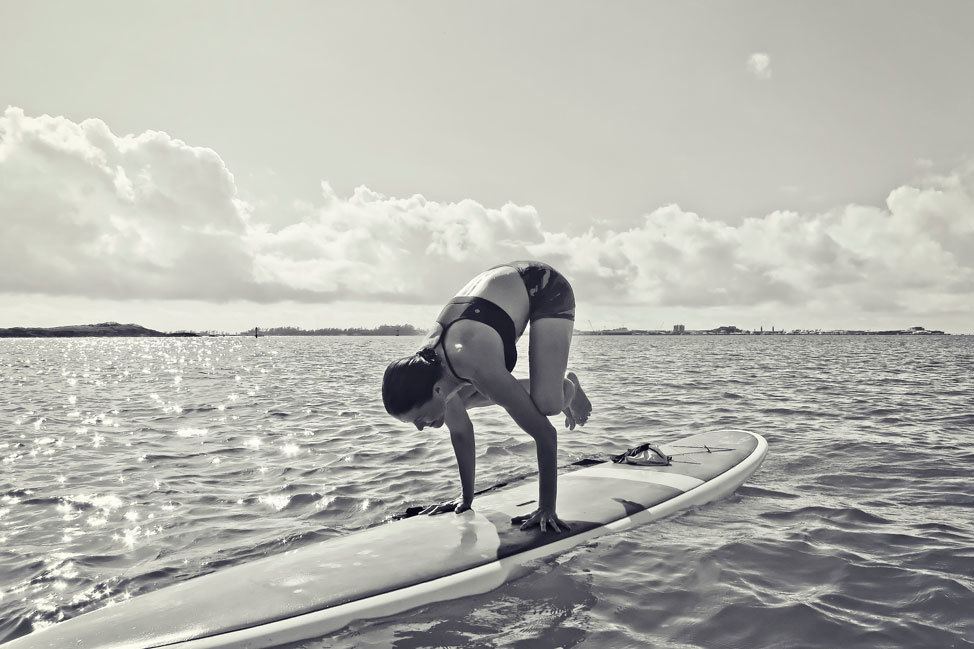 It could not have been a more fun class. My body loved the challenge, and my heart — yes, yoga brings out my trite side — loved being surrounded by water on all sides. Tali is a fun and energetic teacher and I was excited to learn that she and her business partner Alex will soon be opening a brand new studio right in downtown Hamilton. Yet another reason to return!

Surprise #6: Bermudians are beyond warm and welcoming.

From the moment we met I was enamored by the whole bendy bunch and the thought popped into my head that these would be the kind of women I’d seek out for brunch dates if I were ever lucky enough to call Bermuda home. So I was friend crushing hard when they casually invited us for a bottle of post-savasana champagne in the garden of one of their nearby homes. I arrived a stranger and left a friend — the dream of any traveler, no? 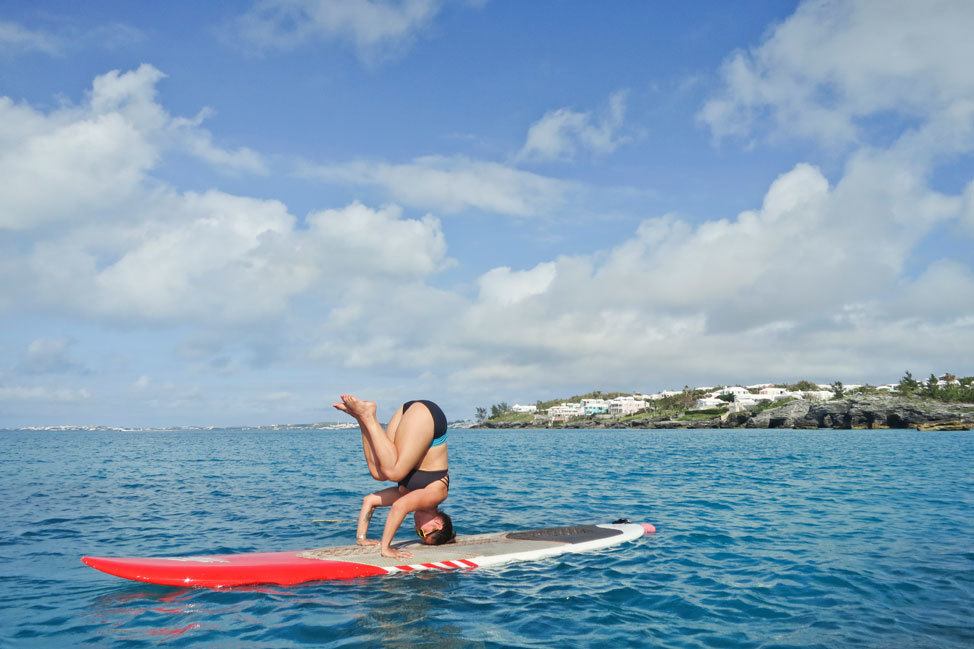 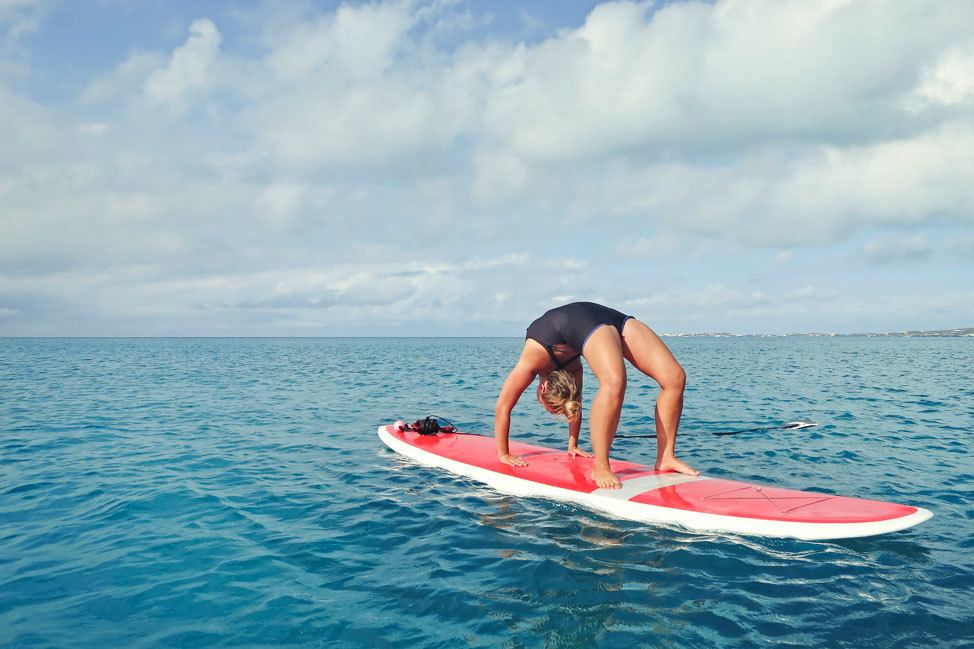 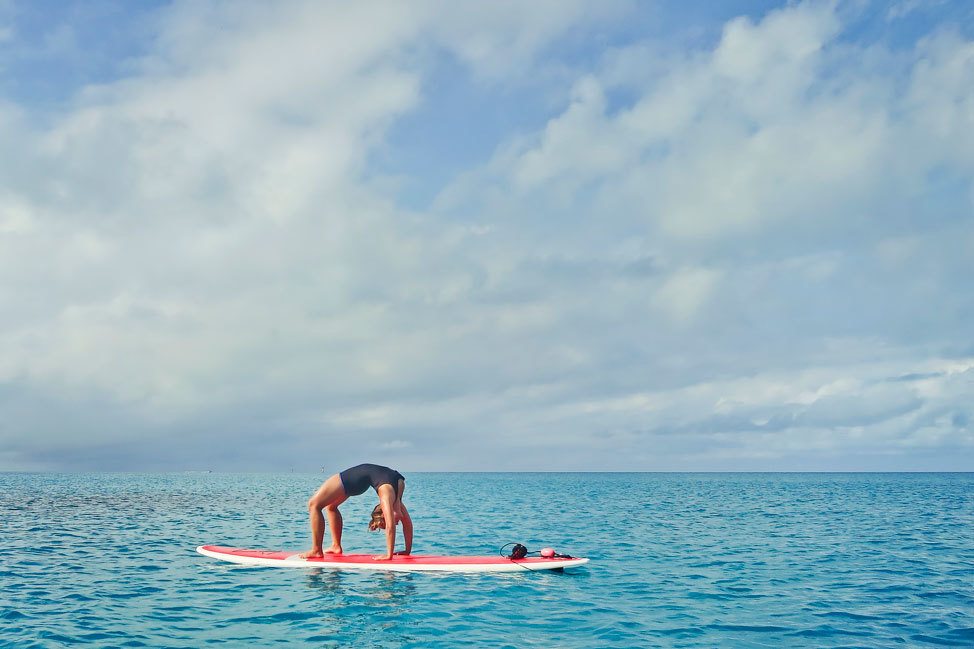 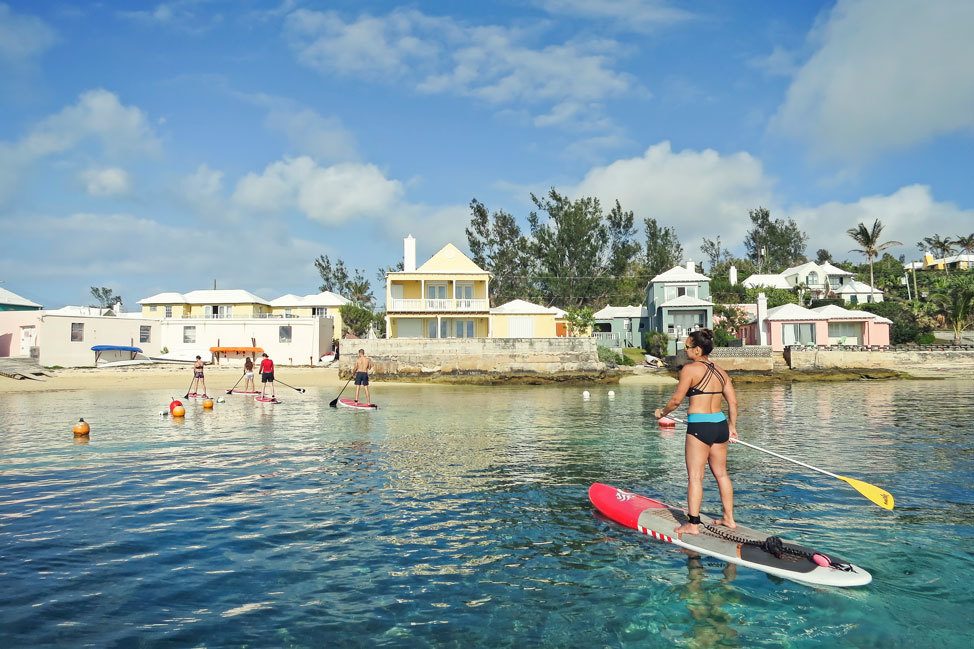 Before we knew it, the sun was setting on a beautiful day in Bermuda, and it was time to head back to Hamilton. Having arrived straight from Central America and the Caribbean, I lavished in the islands’ later sunset time — those extra hours before an 8pm sunset felt luxurious. 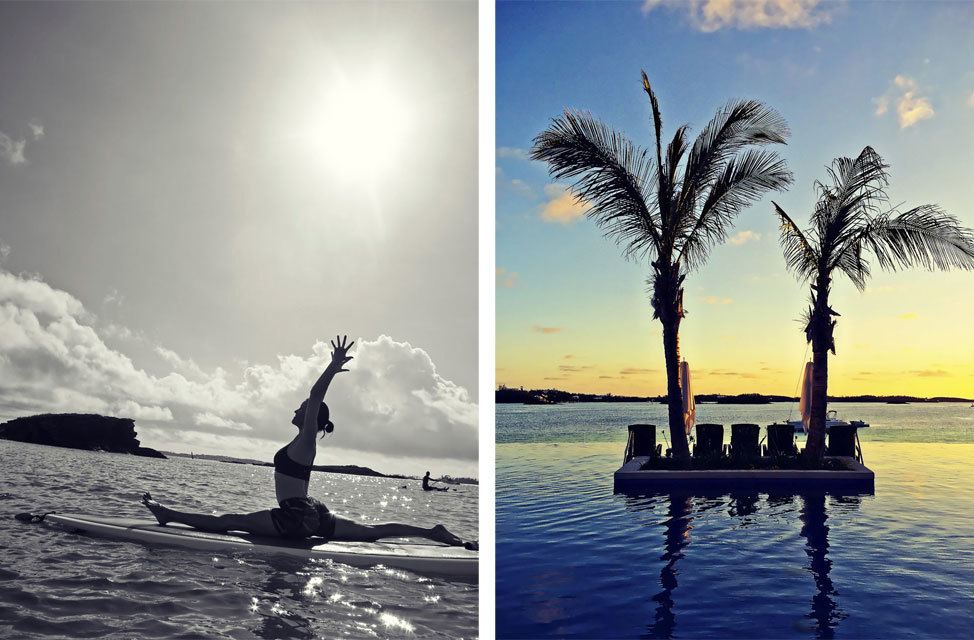 One of the things that most surprised me about Bermuda was the nightlife. As in, it exists, and it is fun. One of my favorite parts of the trip ended up being exploring the restaurants and bars around Hamilton. Our favorite dinner spots were Red, a stylish steakhouse that transforms into a late night hotspot, Devil’s Isle, the trendy eatery pictured below that wouldn’t be out of place in Brooklyn and, of course, 1609, the Hamilton Princess’s harbor-side restaurant with the best views in town. It was my great Bermuda heartbreak that we arrived before the hotel’s grand opening of Marcus’, though I have a sneaking suspicion I’ll be back to add it to this list.

In terms of after hours activities, Red was by far the most sophisticated nightlife venue we experienced, with a lively mix of beautiful people spinning on stilettos to an upbeat DJ. Next door, The Pickled Onion was a little more casual with a few more tourists thrown in the mix, but equally fun thanks to a crowd-pleasing live band. Bermuda Bistro on the Beach — which is not, actually, on the beach — was the most casual of them all. While the crowd there skewed a tad young, they stay open late and also have regular live music. And there were half a dozen other venues I hoped to check out but will have to return for. I loved that everywhere we went was a mix of locals and expats and tourists, and that it was easy to strike up conversations with just about anyone. I guess on an island with a population of 65,000, locals and expats are happy to have someone new to chat with!

But the best part of all these places? They were a ten minute stroll (or stumble, depending on how many Rum Swizzles you’ve indulged in) from our Hamilton home base. The New Yorker in me loves to walk, and I adored not needing to rely on cabs at night. 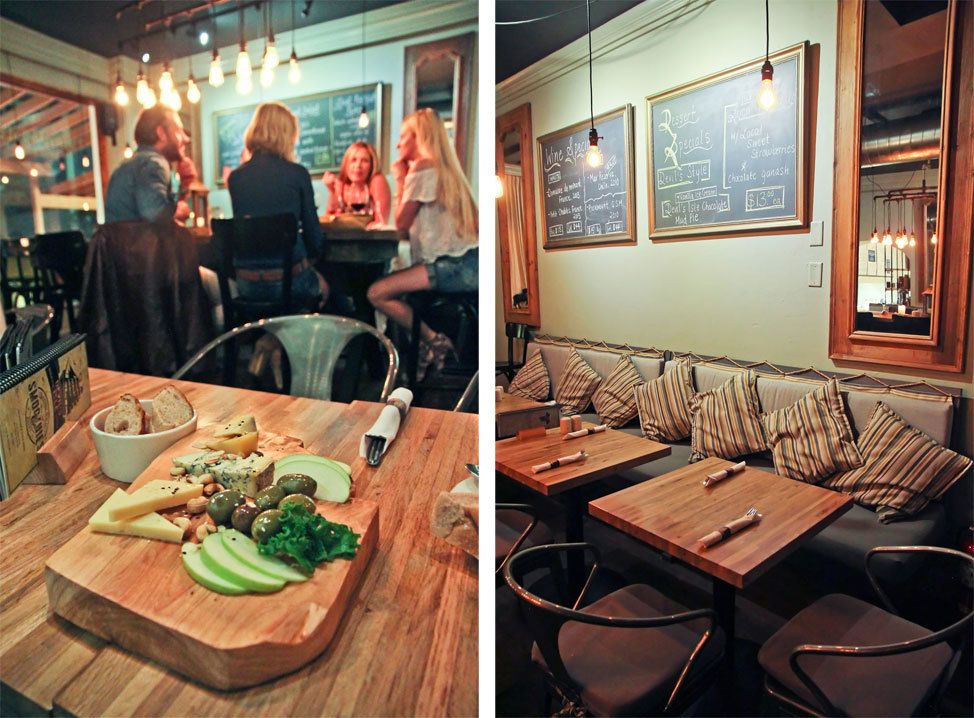 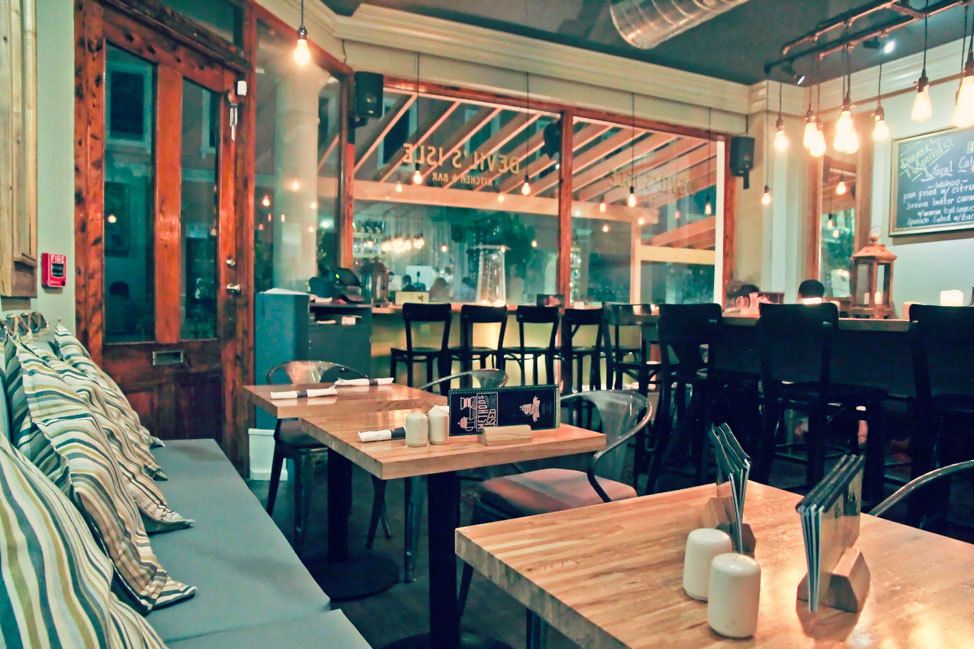 We’d arrived on a Friday, which is undoubtedly the biggest night out of the week — starting off the weekend with happy hour is a huge tradition. Saturday was also lively, though noticeably less so. Unfortunately we arrived too late on Friday to experience Marina Nights, the Hamilton Princess & Beach Club’s own weekly harbor-side happy hour kick off at 1609, but we did make up for it by eating dinner there not once but twice.

Can you blame us? Even on a cloudy evening, 1609 still shined. 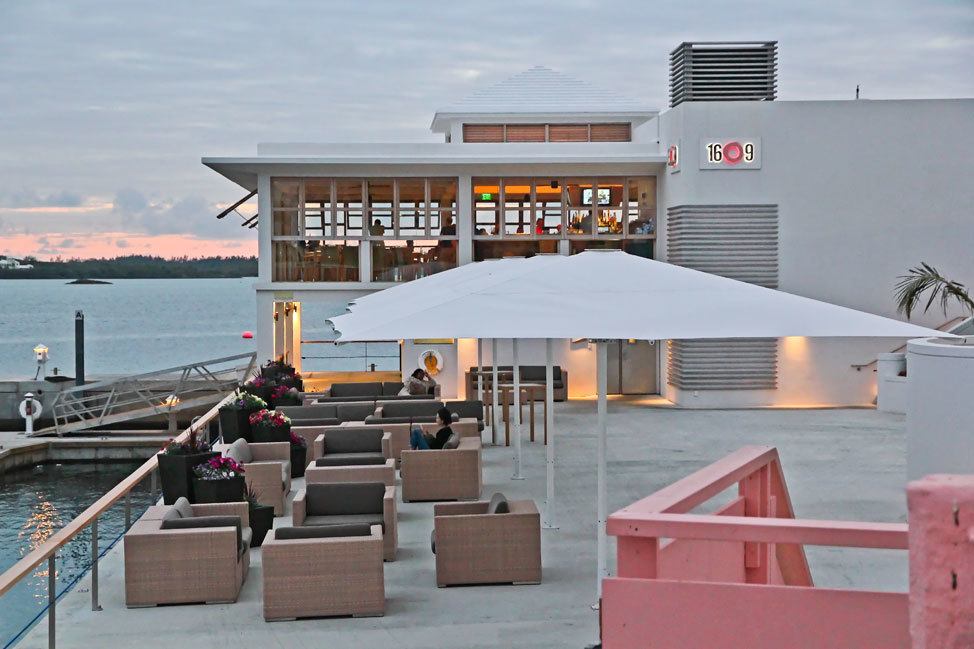 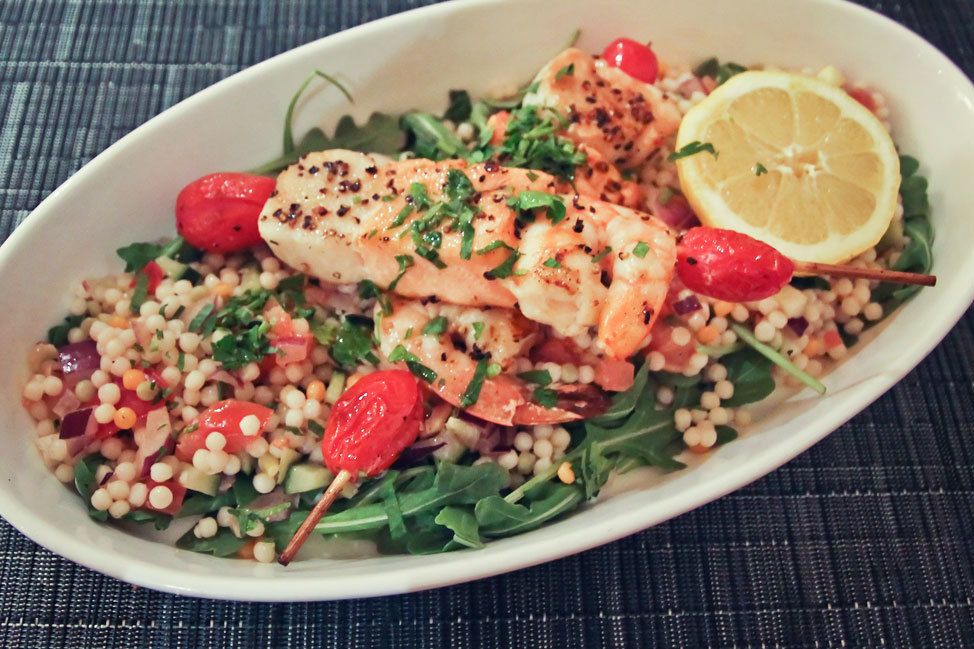 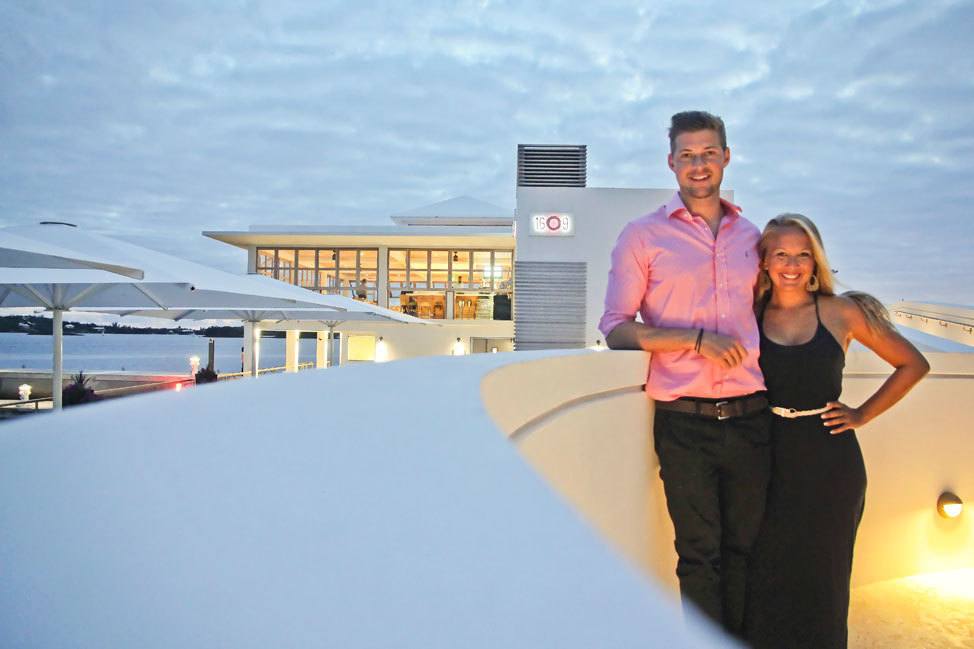 Once again, I was finding that Bermuda had a beautiful balance of things I look for in a travel destination. Remote beaches and island ocean adventures by day? Check. Sleek and sophisticated city nightlife after dark? Check again. My thirtieth country was seriously living up to the milestone. And I couldn’t wait to wake up and do it all over again.

Next up, diving the Bermuda triangle!

This is a sponsored conversation written by me on behalf of The Hamilton Princess & Beach Club via Rhythm One. As always, all thoughts and opinions are my own.

Scuba + The Sphinx: Welcome to the Red Sea

Sunshine and Smiles on The Space Coast