Recently I explained what the Divemaster course is, why I decided to sign up, and how I chose where and when to do so. Now I’m breaking down the course into four sections, starting with theory. I hope this will be helpful to those looking into doing their DMT and searching for a first hand account of someone who has been there, as well as interesting to those simply looking for a peek into a different industry! 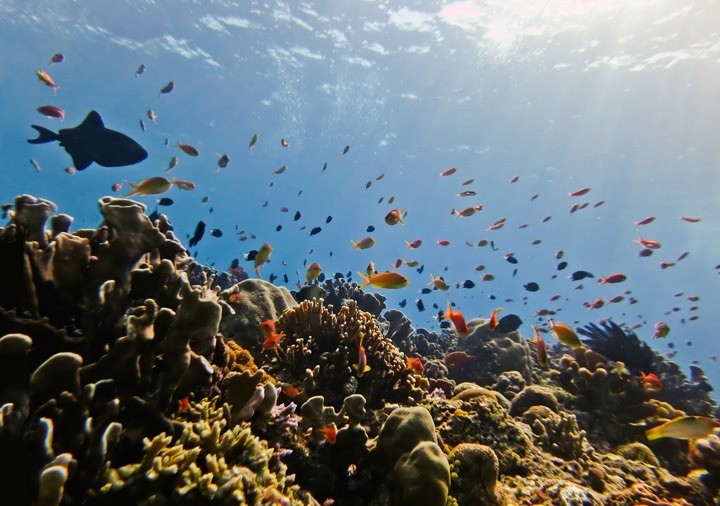 With the exception of the sections on physics and decompression theory, I was looking forward to the theory portion of the Divemaster course. While I found my fair share of things to complain about throughout high school and university, I actually love being a student and enjoy the process of learning.

In one hungover day – in which I refused to so much as look at a boat – I knocked out seven of the nine chapters in the PADI Divemaster Manual. They were manageable and interesting, covering topics like The Role of the PADI Divemaster, The Business of Diving, Risk Management and Diving and the Environment. Each chapter had a quiz at the end, which I had to review with an instructor so that we could talk through any concepts that I missed.

The final two chapters – covering things like physics and physical effects of diving on the body – really challenged me. Science was always my worst subject, and so I struggled with the concepts of things like tidal flows and lung embolisms. Becks, one of my instructors and mentors at Big Bubble, pretty much had to walk me through the final chapter page by page. One of the most irritating sections requires the use of an eRDPML computer and dive tables to painstakingly plan the length, depth, and surface intervals of dives. It sounds important, but this practice has been made irrelevant by modern dive computers that do the calculations more efficiently and precisely than we could ever dream of with the tables – I hope the eRDPML will be phased out in future editions of PADI courses as it’s more or less a waste of time at this point. Basically, those chapters were a struggle for me and I’m glad I had a patient instructor to explain them to me without making me feel dense.

Studying the effects of gravity by the pool

Later I also had to watch a DVD that basically regurgitated the information from the manual – luckily there are some awesome 80’s-tastic wetsuits throughout that kept me interested. It was also a good review before the two dreaded exams. The first one was actually a breeze — it took me only about half an hour. I missed three out of the sixty questions, resulting in a 95%. Gold star for me! The second exam was a different story, as it covered the science-y stuff I mentioned before. Even with my intense preparations, it took me well over two hours and a few frustrated tears to get through the second exam. I was elated though when I passed with a 91%. So if you happened to be in Gili Trawangan recently and saw someone weeping over a textbook and then later doing a happy dance on the beach — that was me.

Finally, I had to submit an Emergency Assistance Plan based on my readings from the Manual. This was more time intensive than anything else, though I luckily still had the plan from my rescue course in the Cayman Islands on my computer and was able to build from that. 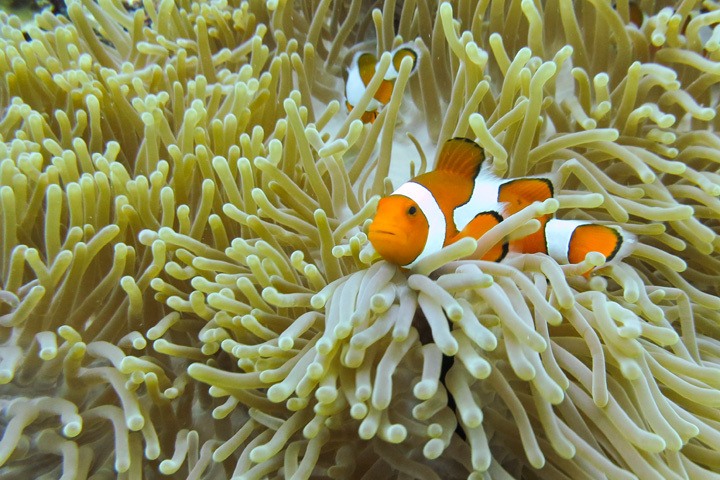 For me, this was an enjoyable and mostly painless part of my Divemaster. Others I have spoken to, such as those who have been out of the classroom environment for a long time and perhaps never fit in there to begin with, or those for whom English is a second language, actually found this to be the most difficult and least rewarding part of the course. At the medium-sized dive school where I did my DMT, theory was mostly self guided, with extra help generously provided when I reached out for it — this was the right fit for me. Larger schools with more DMTs might have lectures and scheduled exams and more structure.

For those considering doing their DMT in the future, it’s probably good to keep in mind that it’s not all just dive dive dive! and fun fun fun! all the time. There is also paperwork and bookwork to be done, as there would be in technical training for almost any career. But okay. Yes. It is mostly diving and fun. 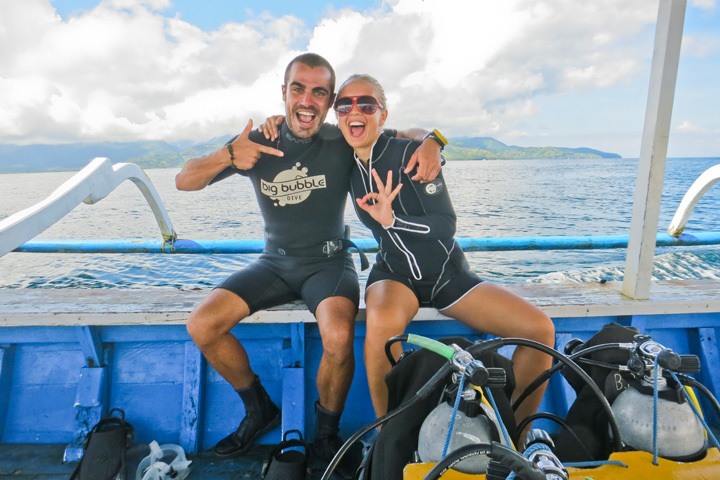 Next up, I’ll go into the skills, teaching, and hazing portions of the Divemaster course, and spill about the emotional moment where I almost called it quits. Readers, please contact me if you are looking for a recommendation on where to do your DMT in Gili Trawangan.

Diving in Dahab, The Backpacker Star of Sinai