Becoming a Divemaster: The Who, What, Where, When and Why

This is the first of several posts I’m writing in order to document my experience becoming a PADI Divemaster in Gili Trawangan, Indonesia. While I was in the planning stage of my Divemaster I found a remarkable lack of online information regarding the course and judging from the frequent emails I get asking about my experience I know I’m not alone. I hope by sharing my journey I can give prospective divemasters some information, inspiration and peace of mind about what is to come.

To get everyone up to speed, I’m kicking off with a summary of what the divemaster is, why I did it, and my thought process as I decided where, when and with who to complete it. 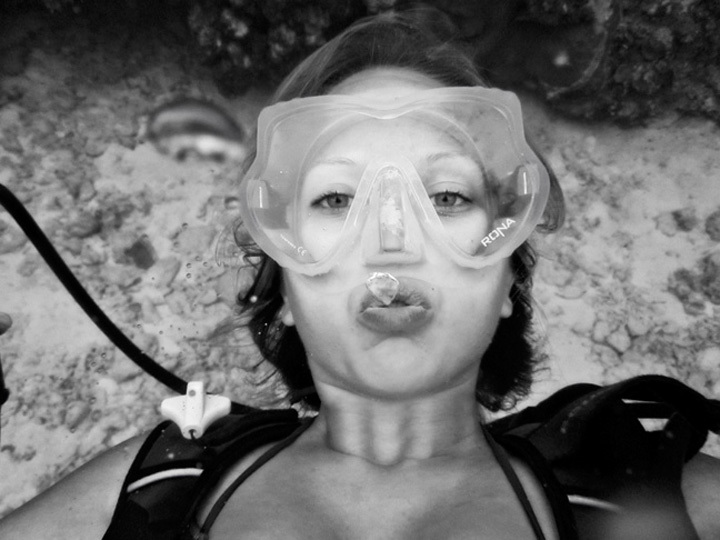 The six to twelve week Divemaster course, or DMT, certifies students to the first level of professional rating in PADI and other training agencies. Divemasters, or DMs, can guide certified divers as well as assist instructors on courses. To begin a DMT, candidates must have a minimum of 40 logged dives and have completed their Open Water, Advanced Open Water, Emergency First Responder and Rescue Diver courses. Generally, next on the hierarchy after a DMT would be the Instructor course — which typically requires another two weeks and at least two grand!

The price of the Divemaster course varies wildly by destination. In cheap locations like Central America and Southeast Asia, it can be done for as little as $800 USD, while in places like Australia and Europe the course can run over $2,000 USD. 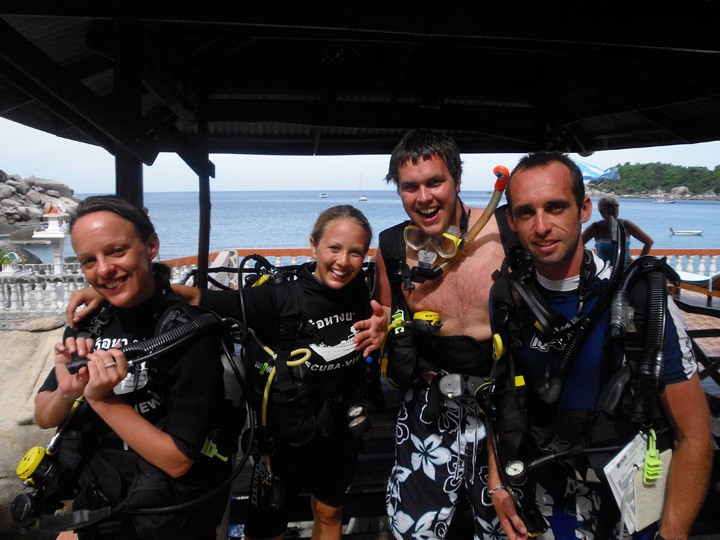 Against all odds, diving has been a big part of my life since the day I started my Open Water course back in Thailand in 2009. The next year I went on to do my Advanced Open Water and Rescue Courses in the Cayman Islands, and trained there as an underwater videographer. Later I returned to Thailand to do more video work, and in between managed to dive in twelve different countries.

Back in 2011 I attended the Beneath the Sea dive show in New York, and learned of diving scholarships offered by the Women Divers’ Hall of Fame. In 2012, I applied for and won a Continuing Education Grant from the organization. It was a great honor to be chosen, and to be among a group of such accomplished women. The grant finally made it possible for me to sign up for my Divemaster course – it paid $500 towards diving equipment and $500 towards my course fees. I had been flirting with the idea for some time, but becoming a Divemaster requires a major financial and time commitment. I have plenty of flexibility in my schedule, but my bank account was another issue.

For many, the DMT course is a stepping stone to becoming an instructor. For me, this is the end of the line. For me, becoming a divemaster was about becoming an attractive candidate for better video jobs and becoming more confident underwater. 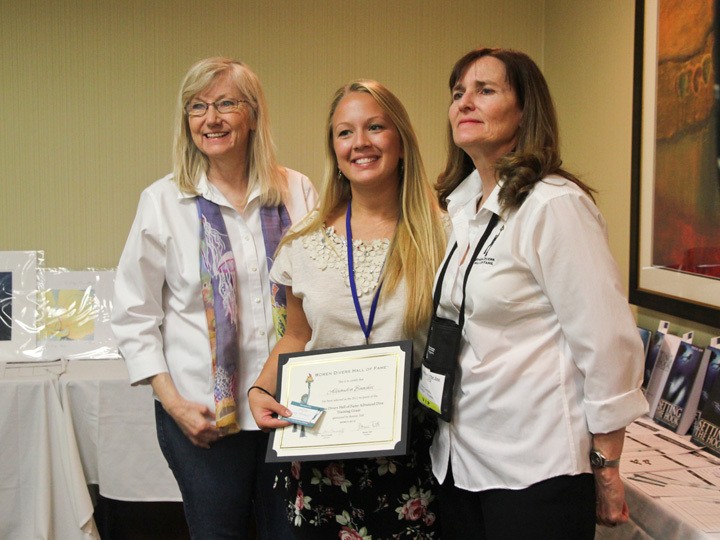 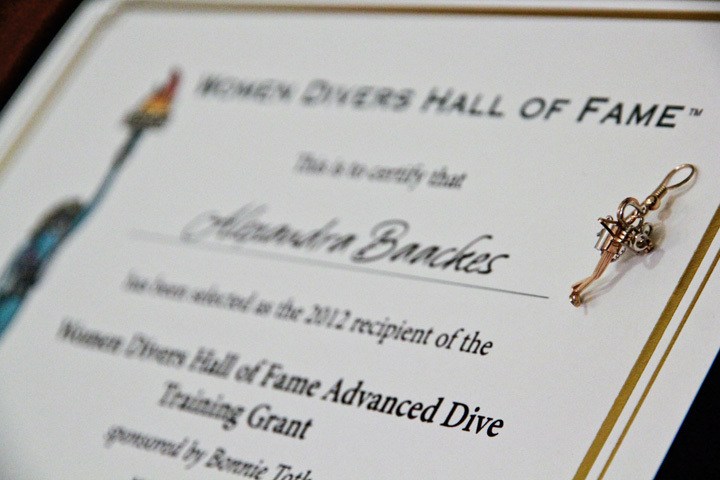 Winning a grant from the Women Divers’ Hall of Fame

The next step was picking a location. I asked all of you for help with that, and you delivered. I considered locations all over the world, from Venezuela to Mozambique, but eventually I zeroed in on Southeast Asia. I reasoned it would be crazy not to take advantage of my love of this region and more importantly all the connections that I have here right now. I knew I wanted somewhere with a laid back lifestyle, lots of young or young at heart travelers, a low cost of living and a decent nightlife. I also wanted, of course, some good diving!

Unfortunately there is often a sacrifice between what is above the water and what is below it. Some of the world’s best diving locations are remote and wouldn’t deliver the atmosphere I wanted on land. While of course mind-blowing dive sites are very tempting, the divemaster course is six weeks long and I knew that as a solo traveler I wouldn’t be happy if the lifestyle on land was sacrificed.

Eventually, after hours of consulting with my friends in the dive industry, combing through posts on Scubaboard, and flipping through guidebooks and blog posts, I found my island – Gili Trawangan. It was frequently compared to my beloved Koh Tao in terms of lifestyle, and I was assured the diving would be at least a short step up. The waters were warm, the sea life abundant, the island setting beautiful, and the pace of life simple. Boom. Done. 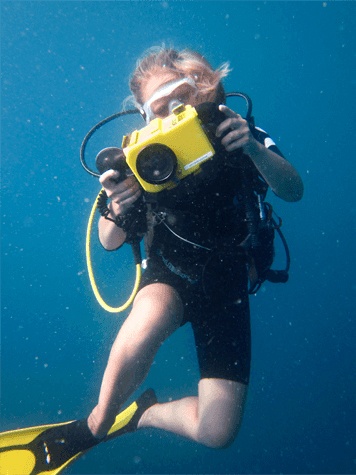 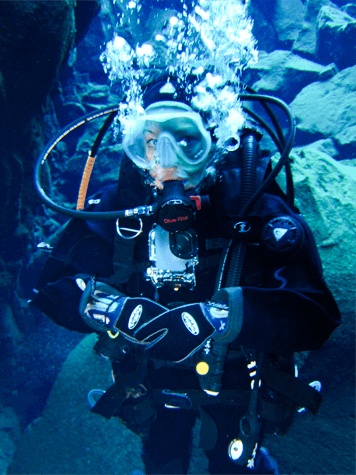 Diving in Thailand and Iceland

My grant had a expiration date of March of 2013. I spoke to the organization and received an extension until August, which gave me a bit more flexibility. Still, I wanted to spend Christmas at home and then be back in time for my sister’s graduation. At first I hoped to make Indonesia the first stop of my Southeast Asia trip so that I wouldn’t have to rush my DM at all, but weather patterns didn’t agree with me. The rainy season didn’t end until April, pushing it to the last stop on my trip.

I would only have six weeks on Gili Trawangan. This was not ideal – this is the minimum time to complete the course for anyone really, but I was also balancing a full load of freelancing work and blogging. Still, I was starting with more than the minimum required dives to sign off and a decent amount of experience compared to average new DMs, so I knew it was possible. 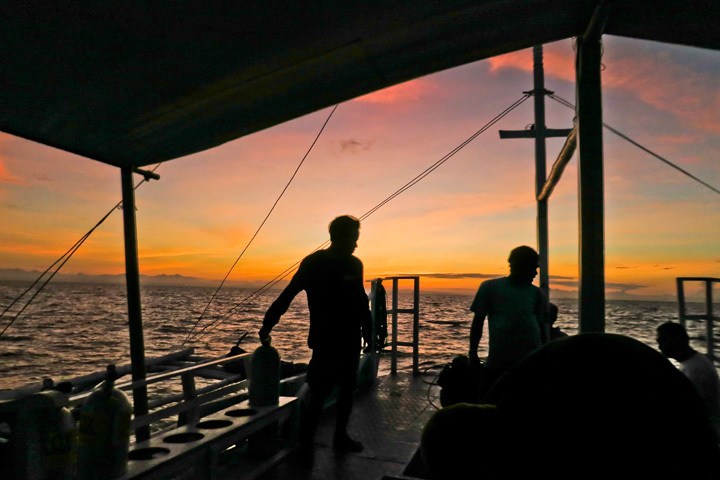 Once I had my heart set on Gili Trawangan, I had to pick between one of the island’s sixteen dive schools. I tried doing a bit of research from a distance, reading online reviews and emailing some of the dive shops, but I soon gave that up and just decided to make my decision on the ground upon arrival. In my four months in Southeast Asia immediately prior I did get tons of word-of-mouth advice from travelers who had been to the Gilis, which I mentally filed away.

The very day I arrived on the island, I set off with a notebook and a short list of questions and started making my way around the island. Prices are fixed by the dive association on the island a just over $1,000 USD for the PADI Divemaster course, so luckily I didn’t have to factor in price much – though shops did offer varying discounts for me having my own equipment. (In the end I would get 10% off for having my own equipment, meaning the grant I won had a true value of $1,100.) Mainly I was looking for a good atmosphere, and a group of people that I would want to spend every day with for the next several weeks.

Some shops I just walked straight by, not getting a good vibe from the outside. Others rejected me before I had the chance to reject them – one said I didn’t have long enough, while another wasn’t taking on any DMTs. Some were far too large for me, and others just too remote. At the end of the second day I had done the full loop of dive shops and had found six that I thought I could see myself at – Mango, Aquaddiction, Manta Dive, Diversia, Big Bubble, and Buddha Dive.

I am horrible at decision making (just ask my little sister, who stopped taking my calls altogether last time I was laptop shopping) but knew that I didn’t have the luxury of time to mess around. On my second day on the island, I took an hour to do some yoga and meditate and at the end forced myself to chop the list in half using little more than gut feeling. I then decided to make one last round to my final three, and vowed I would make a decision then so that I could start the next morning.

Big Bubble was my first stop and when I walked out I had a light step and massive smile on my face. I didn’t even need to visit the others. I based my decision on the very scientific and profound process of finding “good vibes,” and at that moment in time with that group of people, Big Bubble had them in spades. For once in my life, I had made a decision quickly and efficiently — and it felt amazing.

As I pulled out on my first dive the next morning, laughing with the staff and looking down at the clear waters, I knew I was right where I was supposed to be.

Note: I have one criticism of my Divemaster experience, and that is Big Bubble underwent a management change during my course which I found stressful. I encourage future DMTs to insist that their main instructor remain the same throughout their course. 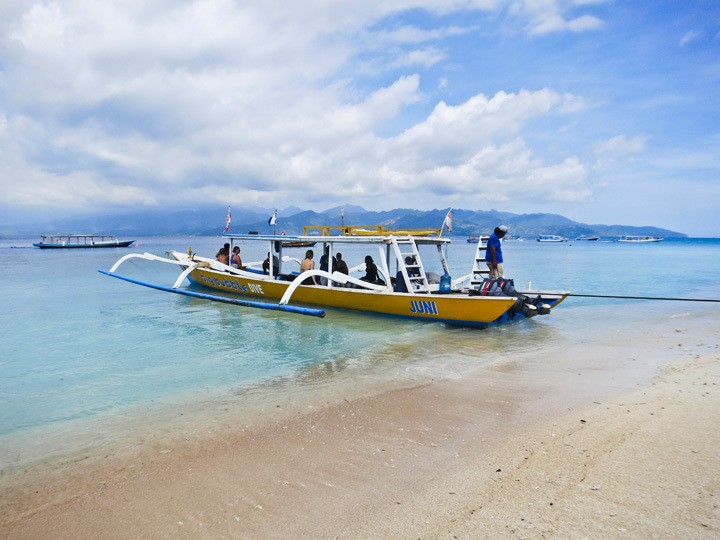 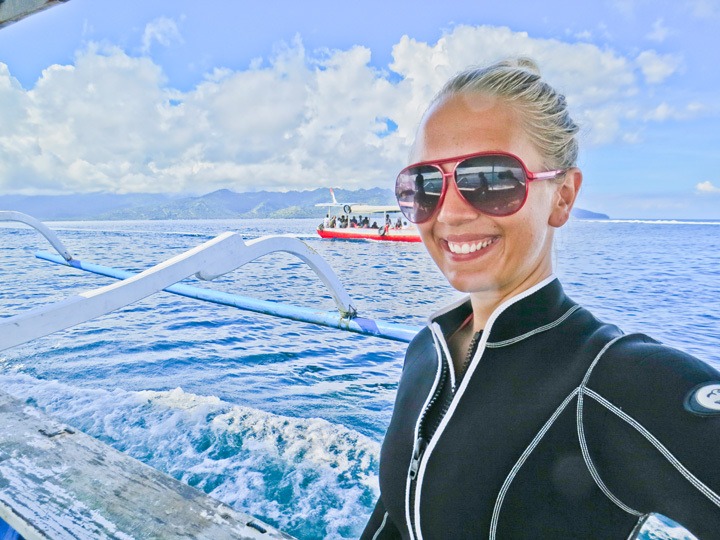 Readers, please contact me if you are looking for a recommendation on where to do your DMT in Gili Trawangan.

Getting What You Pay For: Diving Utila