A Bumpy Start to Belgium

Twenty-five, I thought, as the plane prepared for landing. Twenty-five. I made it. While I’m much more about racking up experiences than passport stamps, I couldn’t help but smile at the fact that upon arrival in Belgium, I had reached my goal — albeit a very casual one — of visiting twenty-five countries before my twenty-fifth birthday. I looked out the window and smiled contentedly.

Belgium is one of those countries that I found myself in more or less by accident. In fact, I’d never felt so much as an inkling to go there until I became obsessed with attending the Tomorrowland festival. Yet once tickets were secured, I didn’t want to just jet in and out for four nights on the campground — I wanted to see a bit of Belgium. So, using Brussels as my base before and after the festival, I tacked on another five days to my plans. 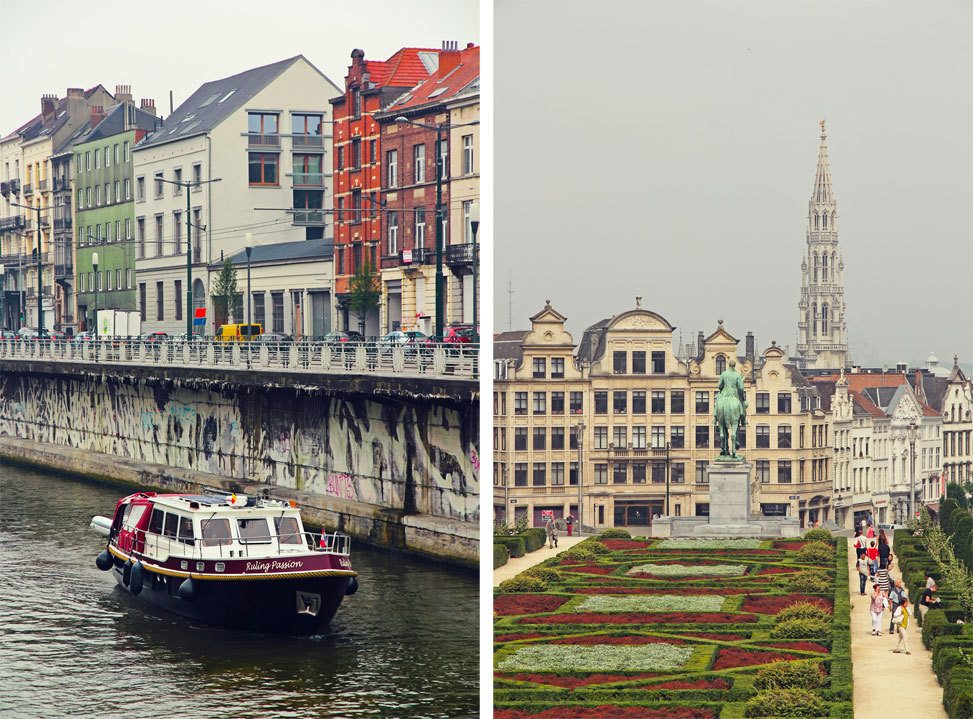 Yet as my post title implies, things got off to a rough start. My hostel was a disaster, it rained non-stop for days, and massive email server issues that had me teetering on the edge of a mental breakdown. All of those would have been minor blips soon forgotten though, had it not been for customs-gate.

I arrived in Brussels to the news that the massive box of Tomorrowland supplies I had shipped myself from the US was nowhere to be found. All my carefully curated costumes, my lovingly collected camping supplies, my painstakingly arranged festival supplies — gone. Not to mention the time, money, and effort I had put into assembling and mailing it all. Considering Tomorrowland was my single most expensive travel indulgence of all times and I was now completely unprepared, to say I was frustrated was an understatement.

Originally I believed the box to be lost in the mail but after much investigation — and trudging around the city’s post offices — I learned it was being held in customs. Frankly, due to the language barrier and the fact that every single sodding person I spoke to gave me conflicting information, I’m still a little confused as to why. But from my understanding, it had to do with incorrectly filed paperwork. They asked me to produce receipts for every item in the box in order to determine how much I’d have to pay in duties — when I tried to insist that I didn’t really have the paperwork for the Camelbak I bought for Burning Man a year and a half ago, it fell on deaf ears. Having mailed things to and from Peru, Thailand, The Cayman Islands and other far flung corners of the world, I can confidently say this was the most ridiculous bureaucratic postal struggle I’ve ever encountered. (The best part? Months later, the box still hasn’t been returned to the US as promised. So on Monday, I get to start playing mail detective again! Suffice it to say, the Belgian customs is dead to me pretty much forever.)

So rather than wandering the Magritte Museum, taking a free walking tour of the city, and joining in the pre-festival merriment at my hostel, I spent a fair portion of my four days in Brussels waiting in line at mail offices, on the phone with bored postal employees, and writing pleading emails to the customs office, and then eventually accepting defeat, replacing what I could, and accepting I’d have to do without the rest. Looking back, I do regret how strongly I let the situation effect my overall emotional state — it was an ugly reminder that I don’t handle disappointment very well. 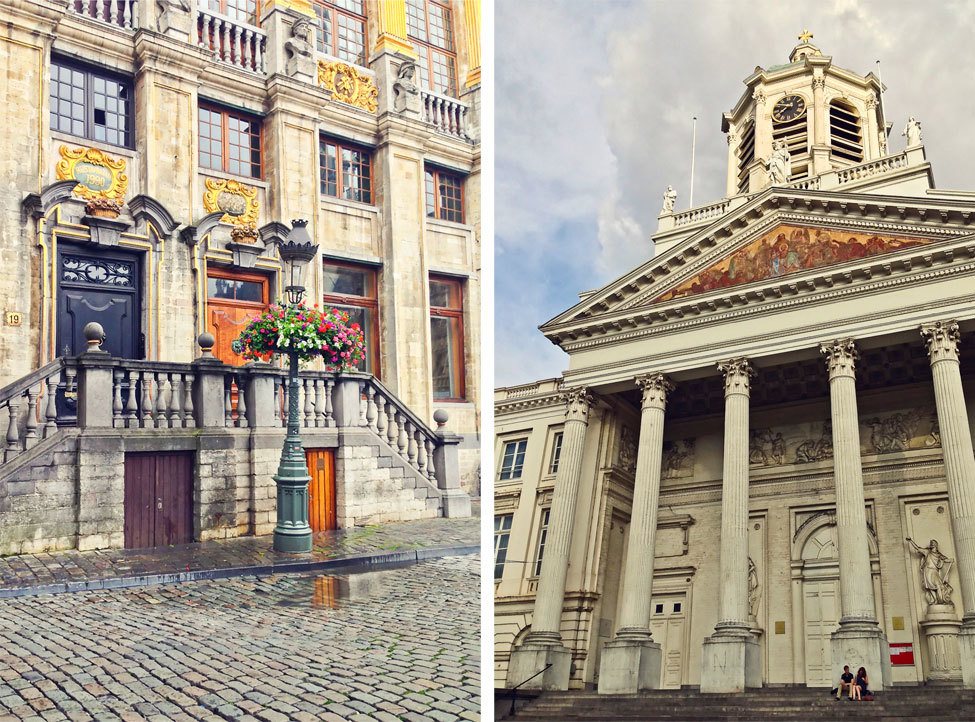 Thankfully, there were a few moments where I was able to snap out of my contagiously sour mood. For example, when my search was halted by a total shut-down of public offices for Belgian National Day, and the lovely Sofie and Yvonne of Wonderful Wanderings and Under the Yew Tree, respectively, dragged me away from my pity party planning in order to take a peek at the festivities.

And so it turned out that once again I unintentionally lucked into a colorful local celebration. 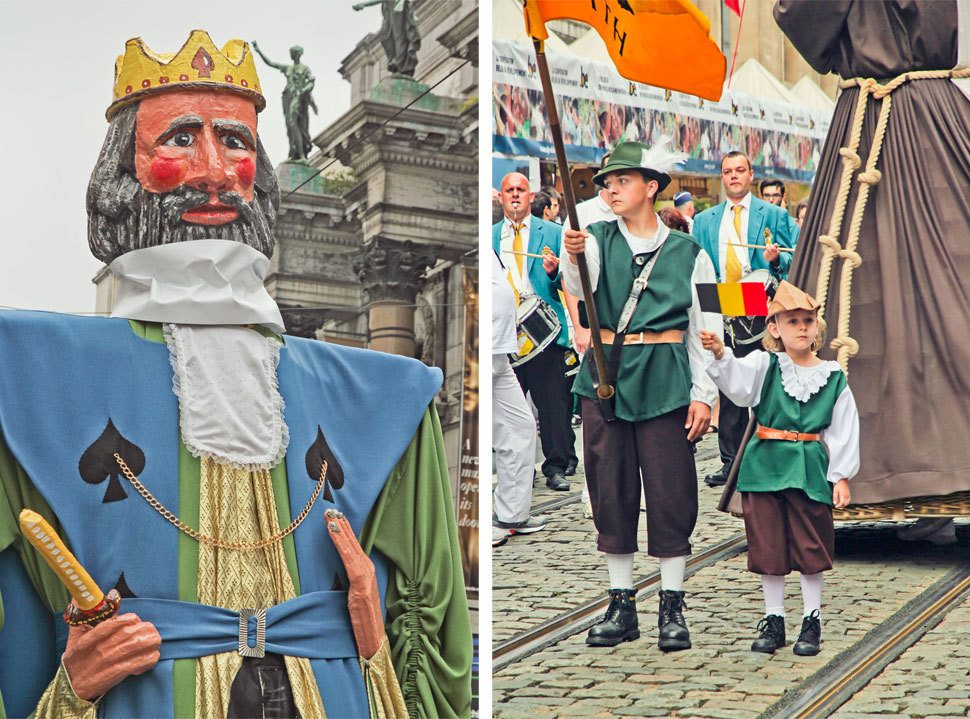 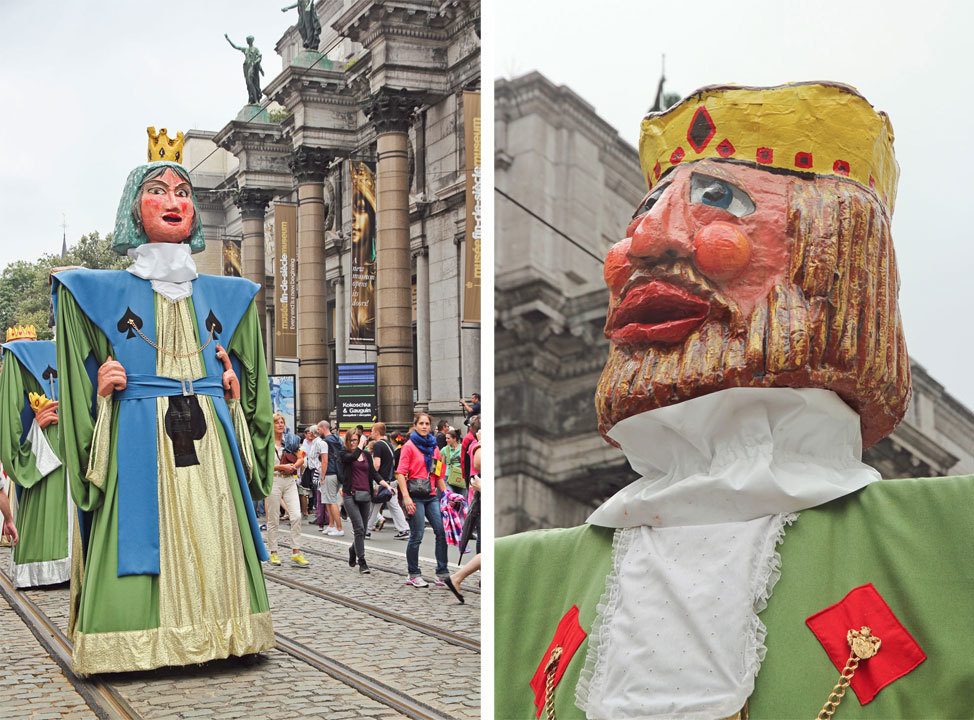 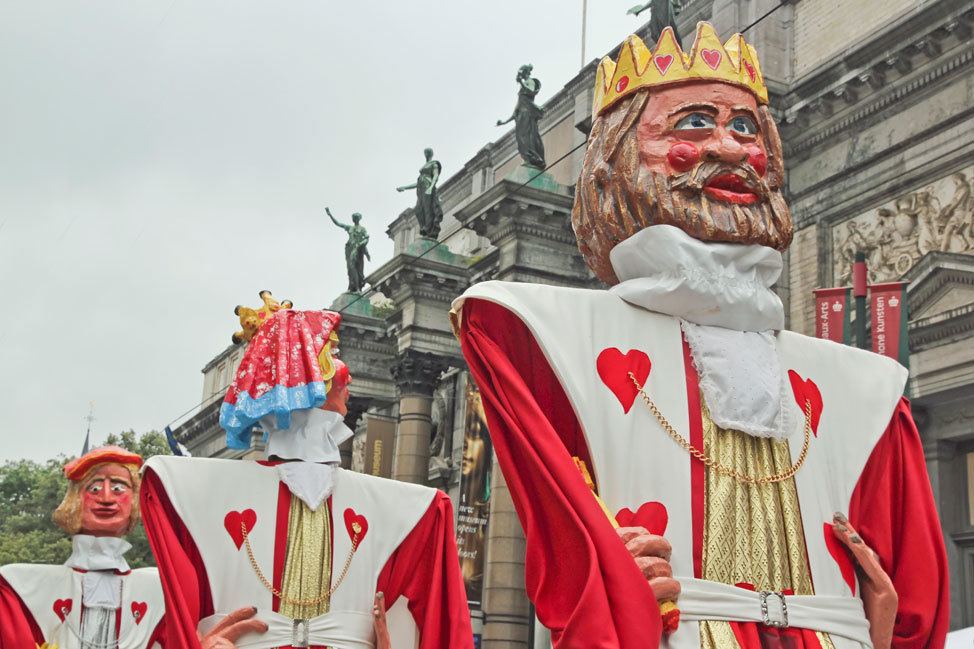 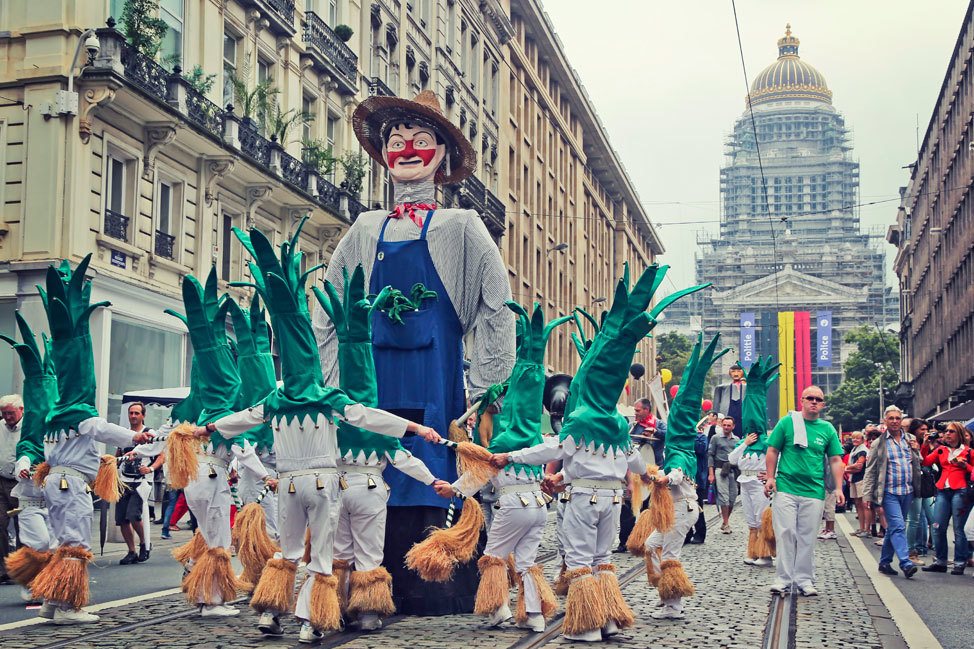 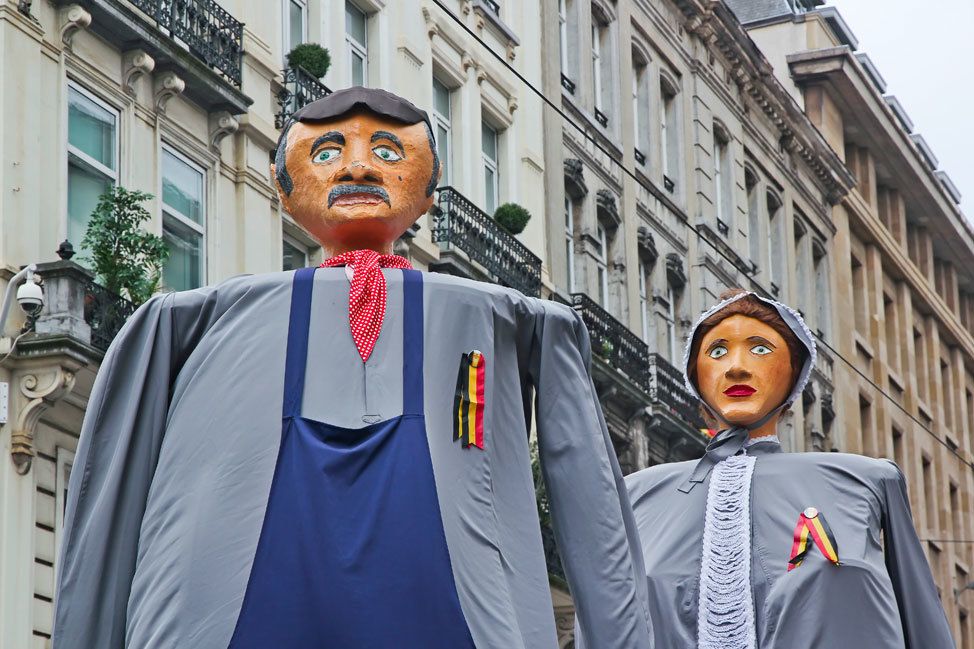 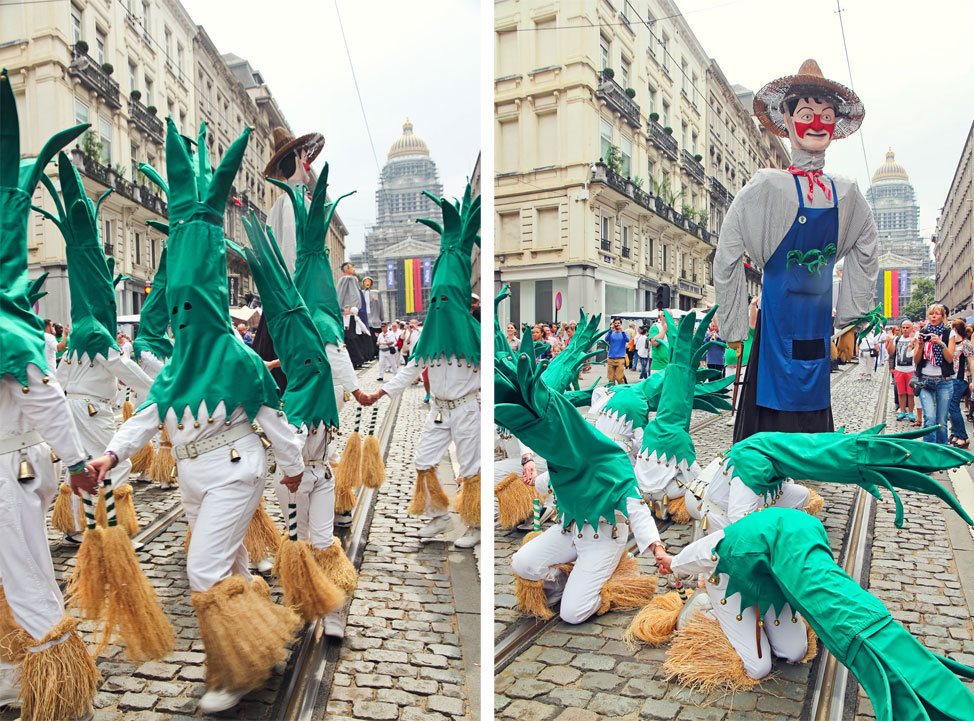 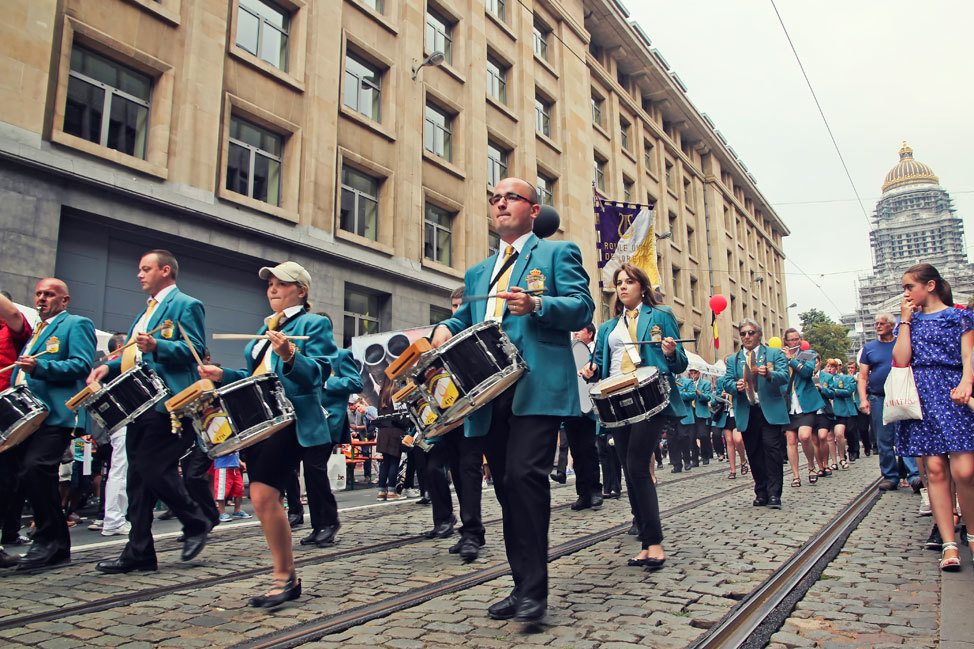 When the parade-watching crowds grew too thick, we set off to seek out two of Brussel’s most famous attractions — a waffle stand and a tiny statue of a peeing man. Yes, Manneken Pis is inexplicably beloved by Belgians and tourists alike, and even has a special outfits for various occasions. I can’t say I truly got what all the fuss was about, but I did have a good laugh at the endless pis-inspired souvenirs and the massive crowds surrounding the miniscule statue. 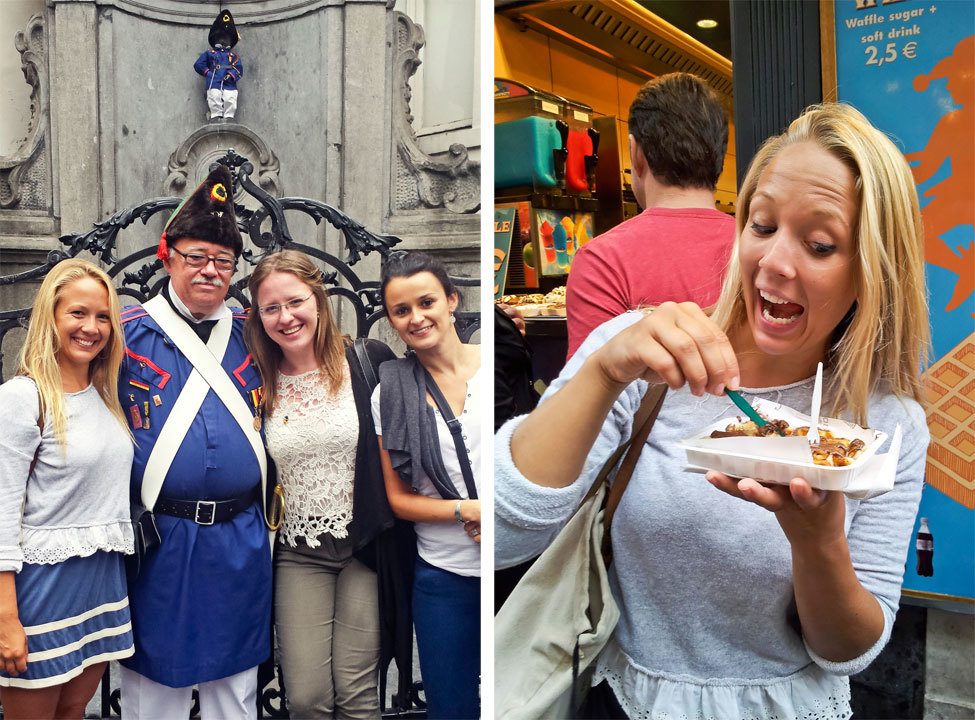 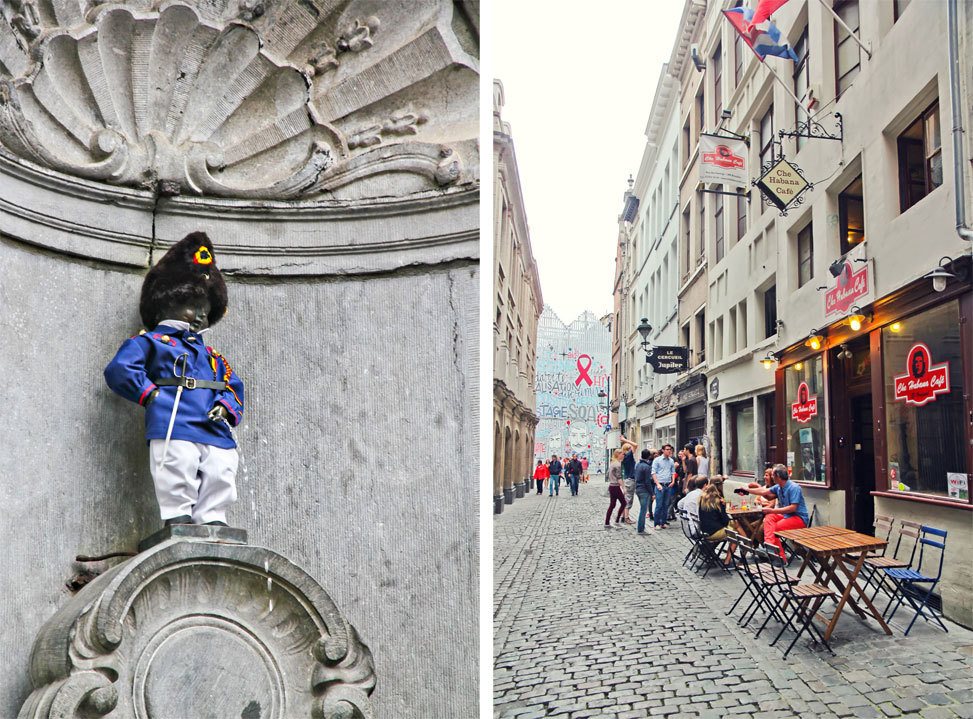 We finished off our afternoon of Brussels-inspired bonding with a beer at Delirium. Many of you know that I’m no beer drinker myself, but you know what they say — when in Belgium. With more than 3,000 beers on tap, there was sure to be something I could stand. On Yvonne’s advice I went for a sweet cherry version and to my own surprise, finished the entire glass. In the end, it was people like Yvonne and Sofie and a few sweet strangers who saved my time in Brussels. Sofie in particular spent endless hours on the phone trying to negotiate with the post office for me in Dutch, a kindness that I was truly touched by. 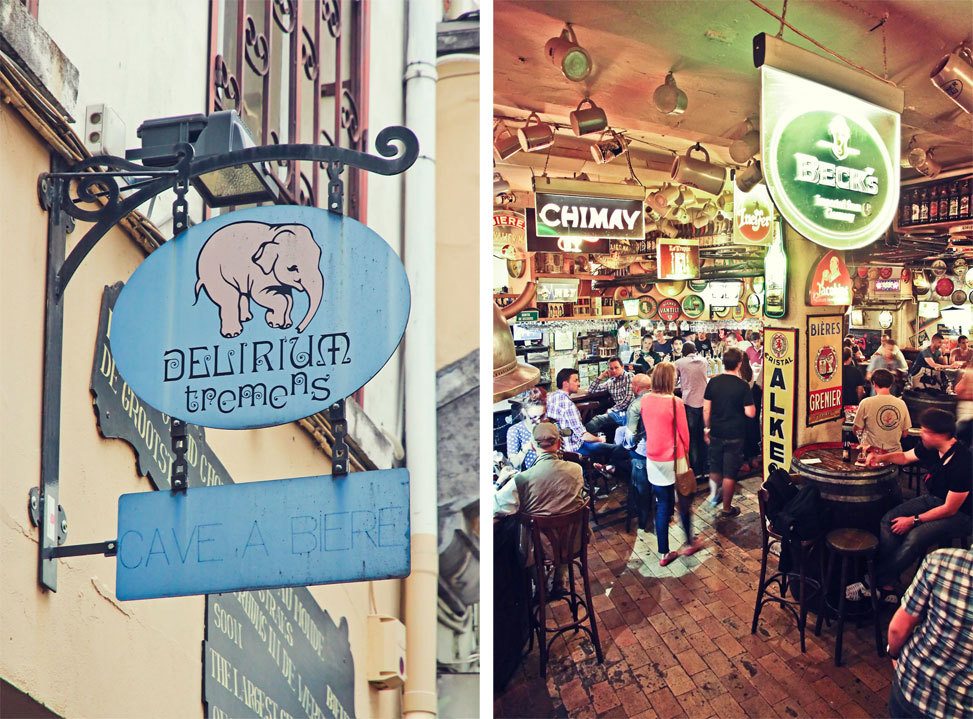 Coming full circle at the end of my trip, I returned once again to Brussels, this time with fave travel buddy Heather in tow. We checked into the colorful Hotel Pantone, and I knew this time would be different. Considering we were recovering from an intense bout of festival-ing (stay tuned for coverage!) we chose to spend quite a large percentage of our time lounging around in our multi-hued home. 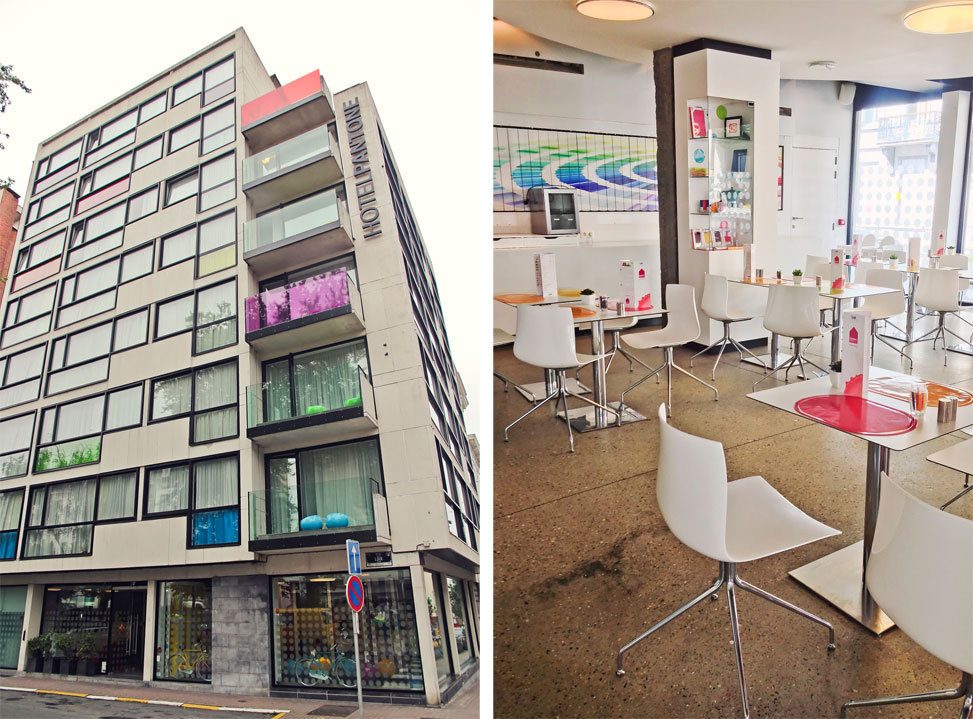 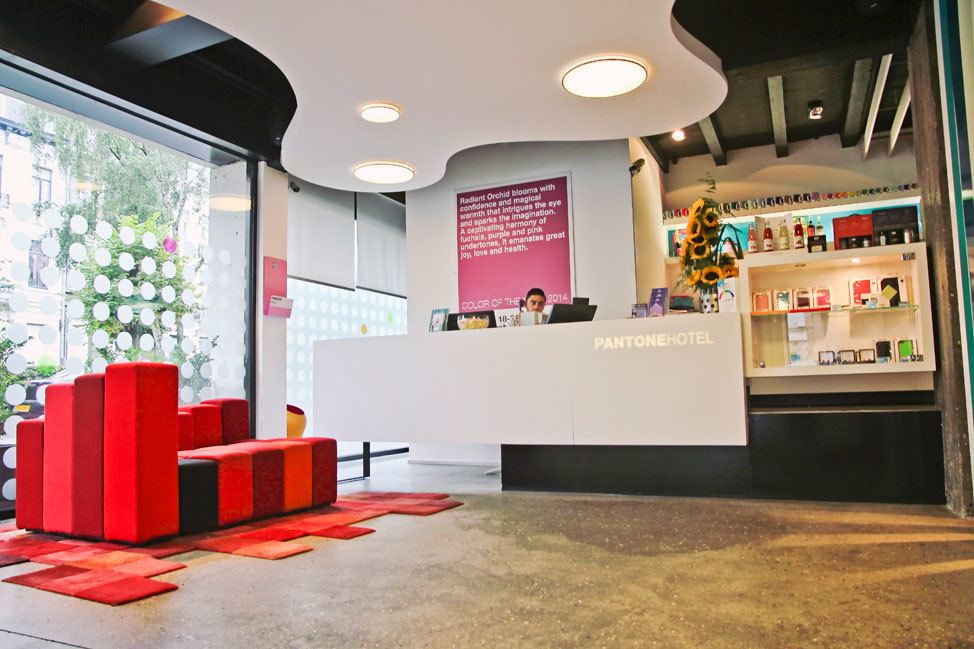 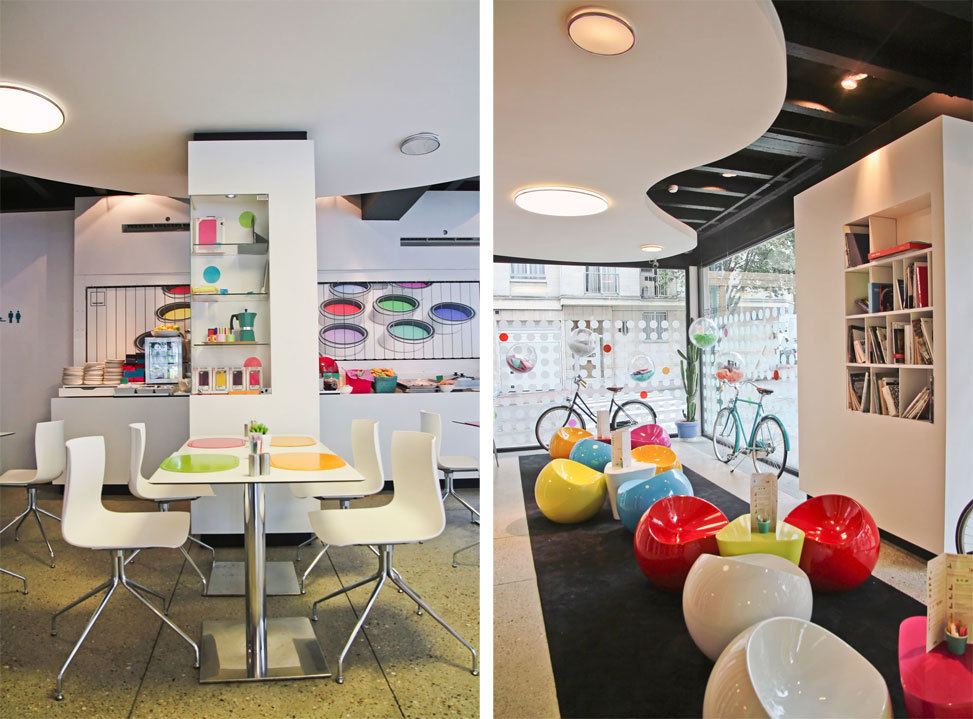 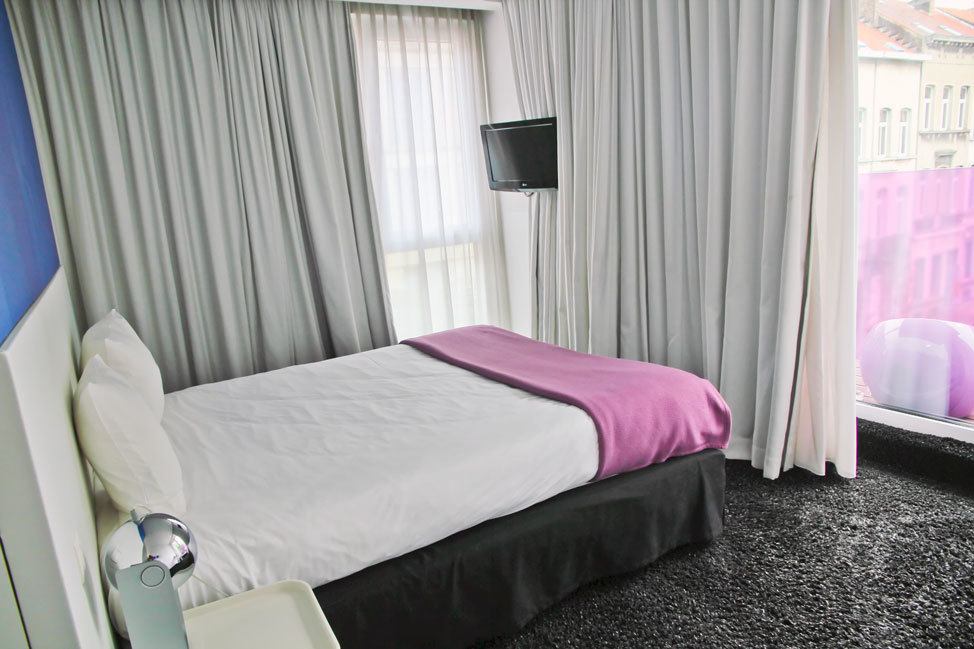 The designer in me was obsessed with the Pantone theme, but my love went beyond surface level. The hotel’s location was perfect and while rooms are simple, they are a great value compared to other hotels in the area. 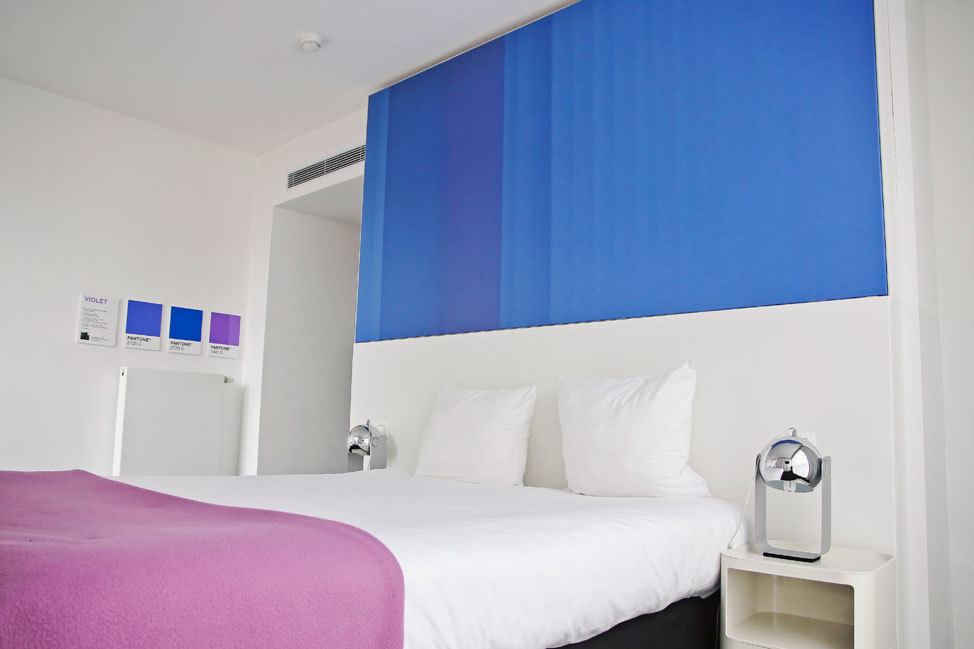 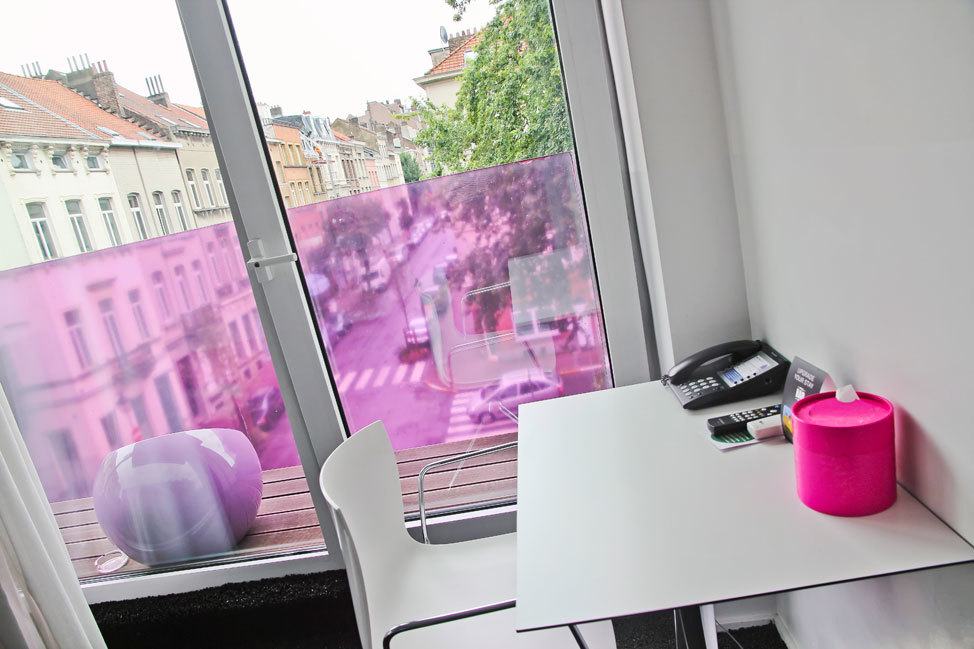 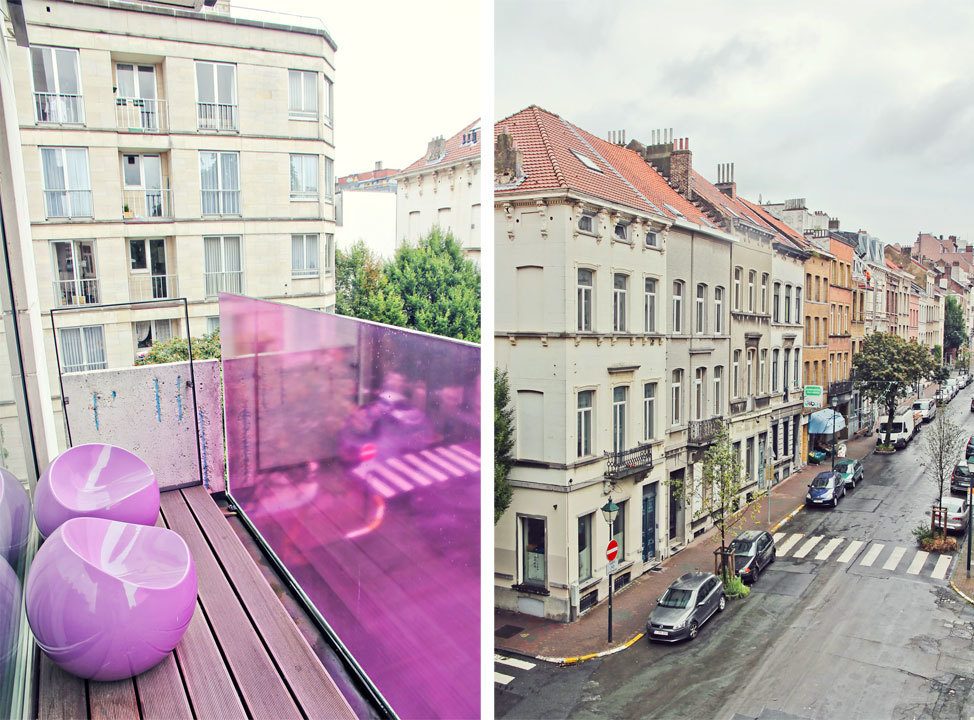 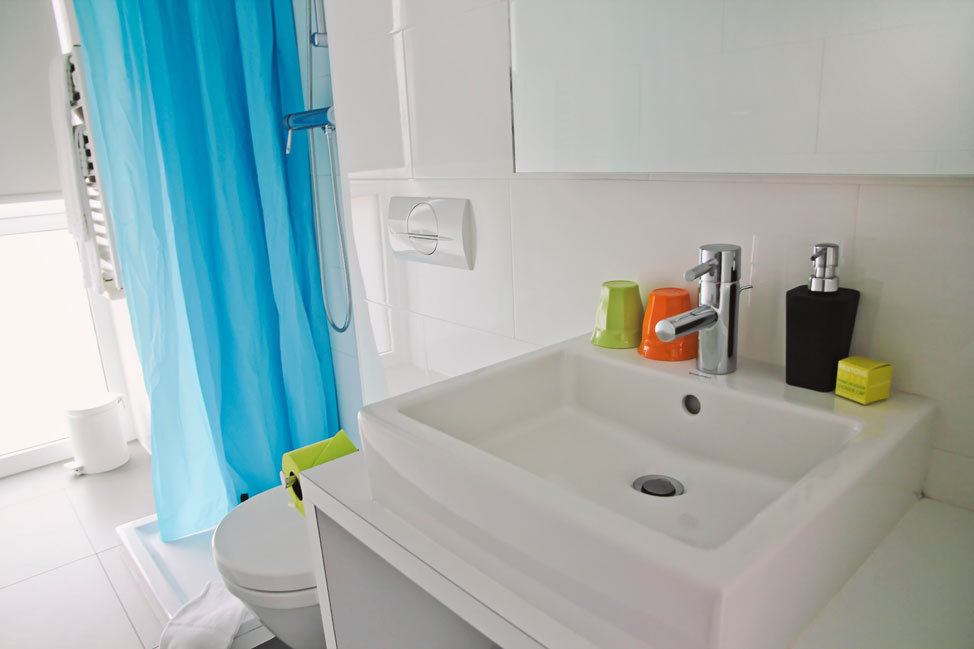 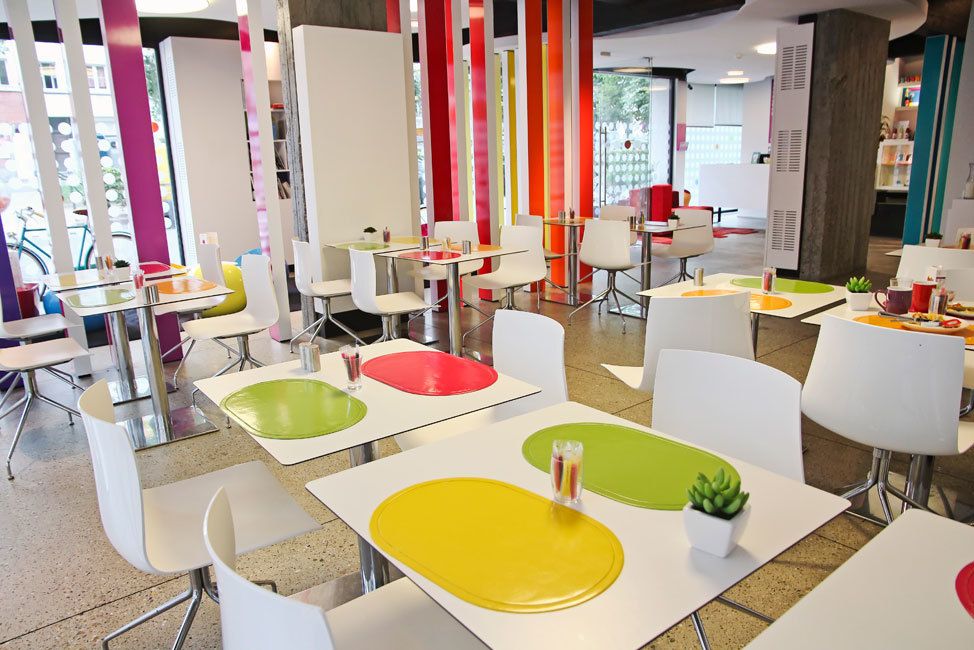 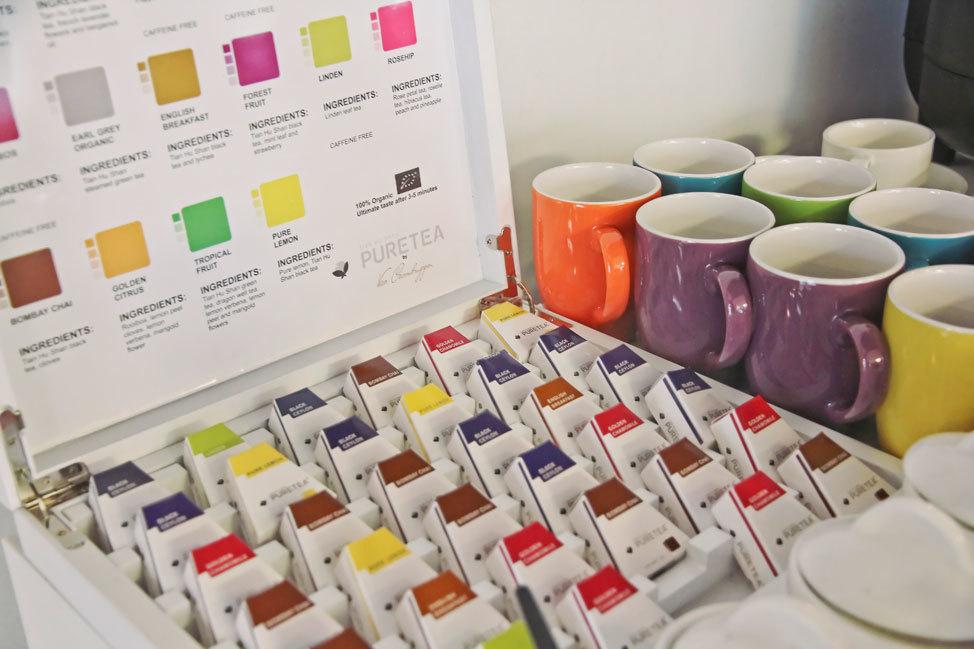 In giving Heather a mini-tour of my Brussels highlights (chocolate, waffles, fries, macaroons, and cherry-flavored beer, basically) I suddenly saw the city through the eyes of a traveler instead of a fired-up adversary of the customs office — and I much preferred this view. 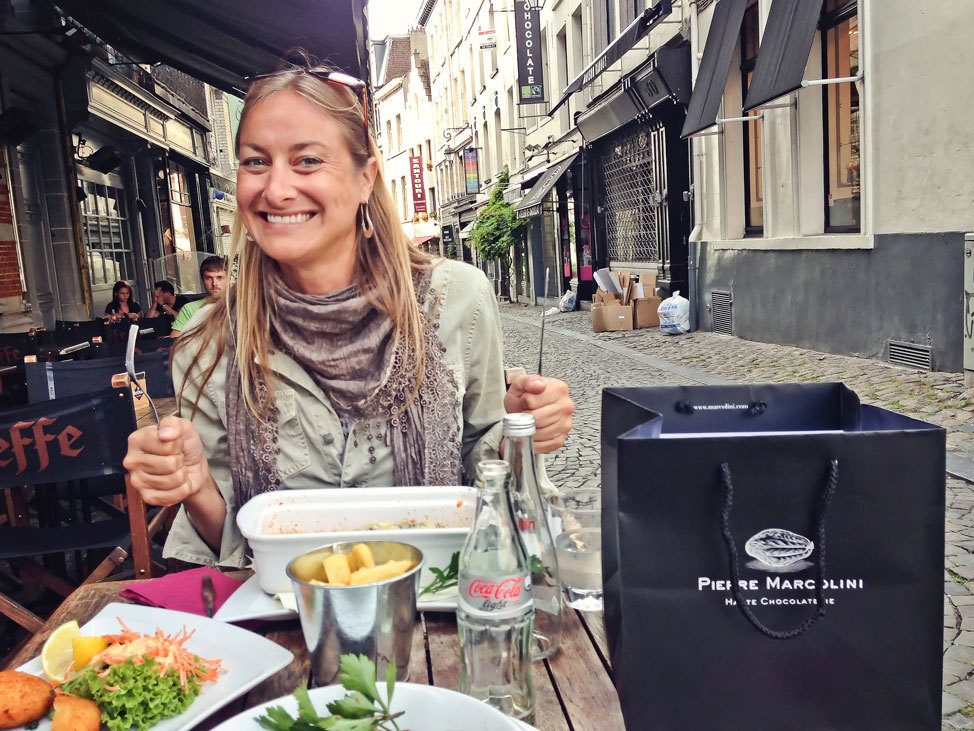 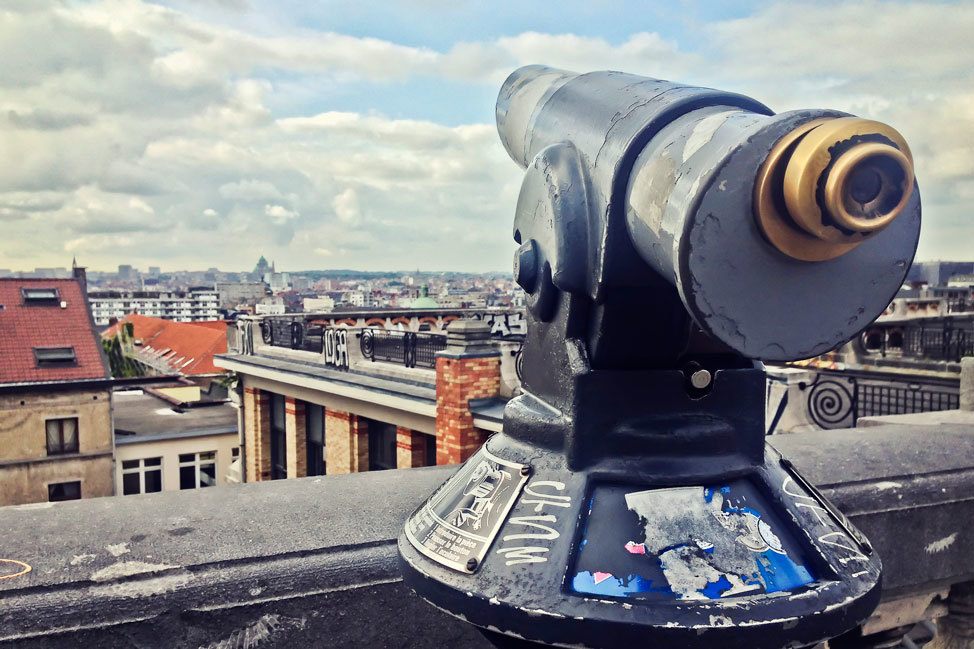 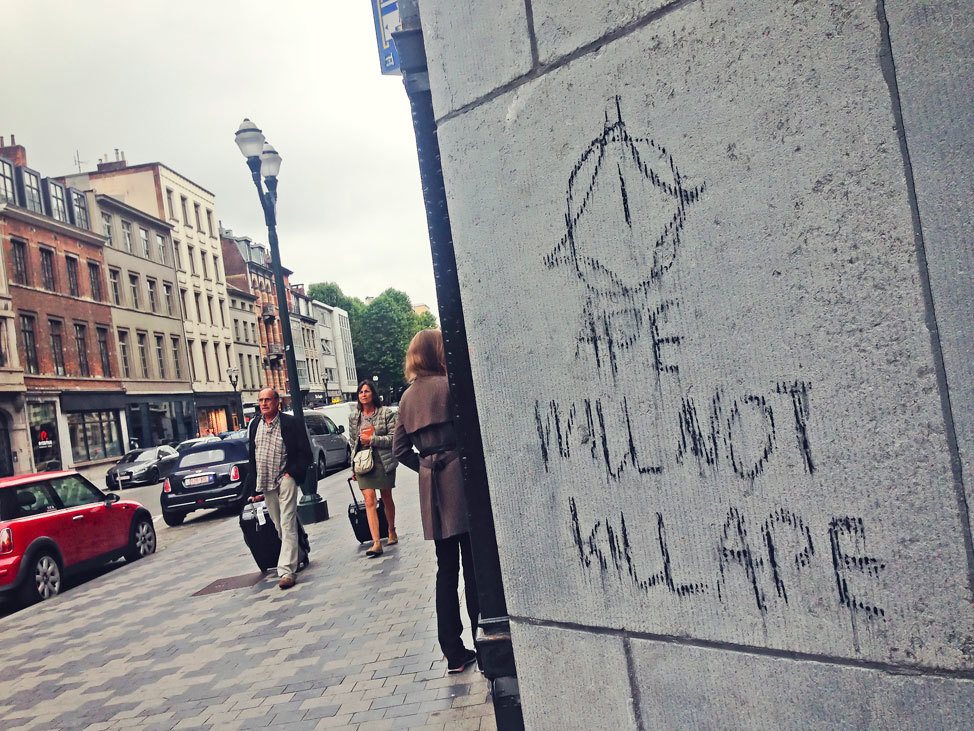 Sadly, we didn’t have time to check off all the Brussels bucket list items I’d missed as our one full day there fell on a Monday when museums are closed. But that’s okay, because I already know that someday, Brussels deserves a second chance.

Next time, I’m not mailing so much as a postcard.

How do you deal with frustration and disappointment when you travel?

Many thanks to Pantone Hotel for hosting us and to Blacklane Limousines for providing transportation. As always, you receive my honest thoughts and opinions regardless of who is footing the bill.

How Much Does Tomorrowland Cost?

Gorgeous and Beautiful Ghent and Bruges