A week without money – the gifting culture and decommodification of Burning Man is one of the things I love most about it. Still, while nothing can be bought or sold on the actual playa, anyone who has ever made it through the gates of black rock city knows it’s not cheap to get there.

I wasn’t planning on doing another Burning Man budget breakdown, but a few of you requested one, and I thought it would be interesting to see how things changed from my first burn to my second. As a personal bonus, it definitely helps me think more contentiously about how to plan my next burn. 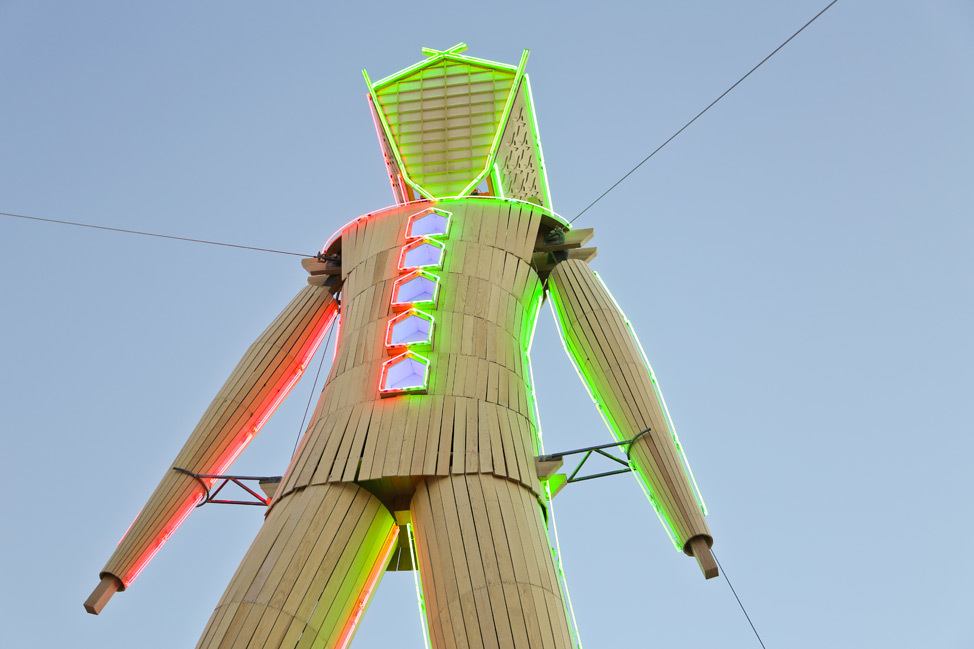 Ian secured out tickets in the official Burning Man individual ticket lottery. I was in El Salvador at the time with no internet and thus was not able to enter the sale, so I’m grateful he made it through for both of us!

I didn’t camp with a theme camp this year, so my dues were zero.

Like in 2013, I bought a Craigslist bike on the way to Burning Man for $50 and on the drive back from the playa I immediately re-listed it and resold it for $10 once I hit Reno. 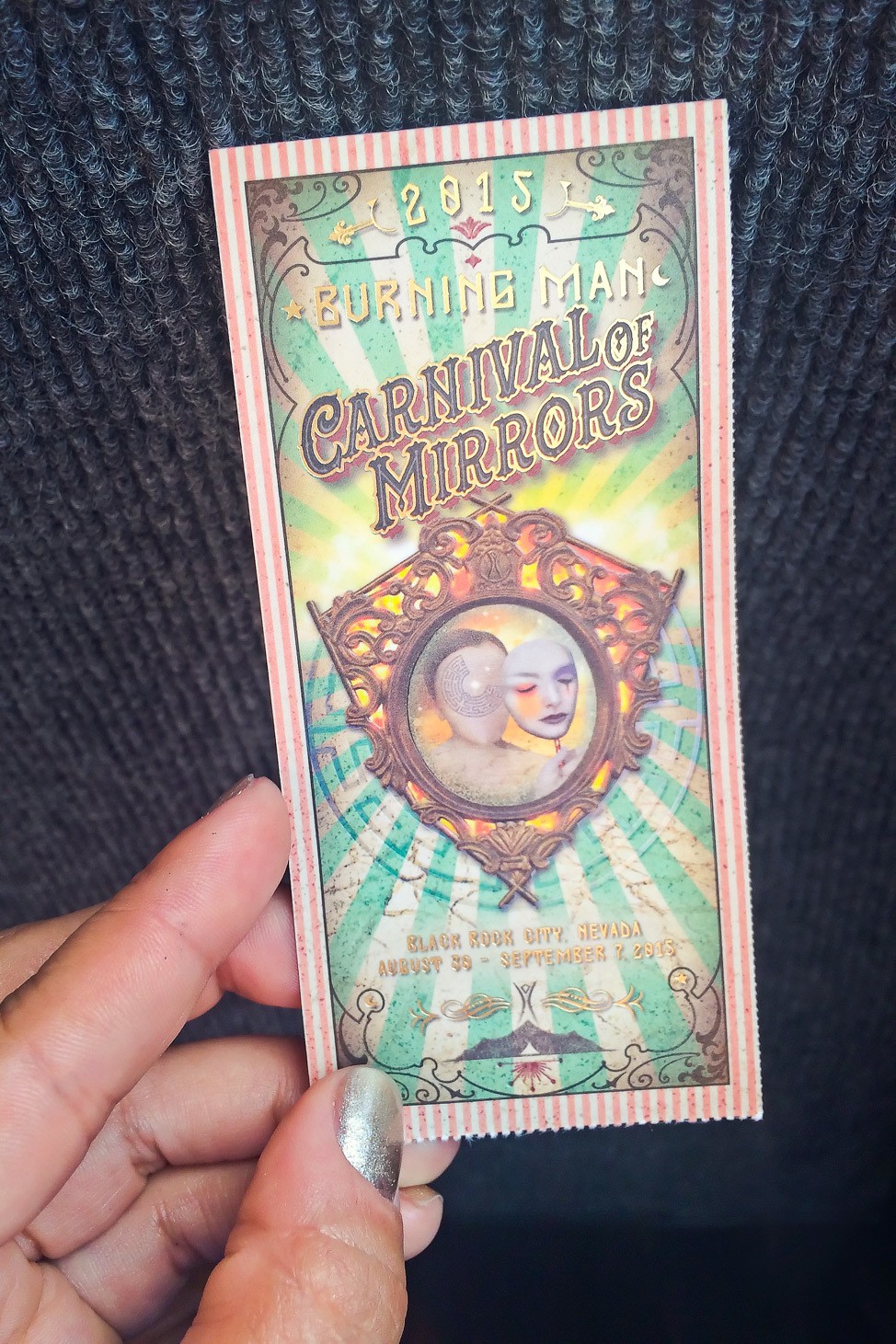 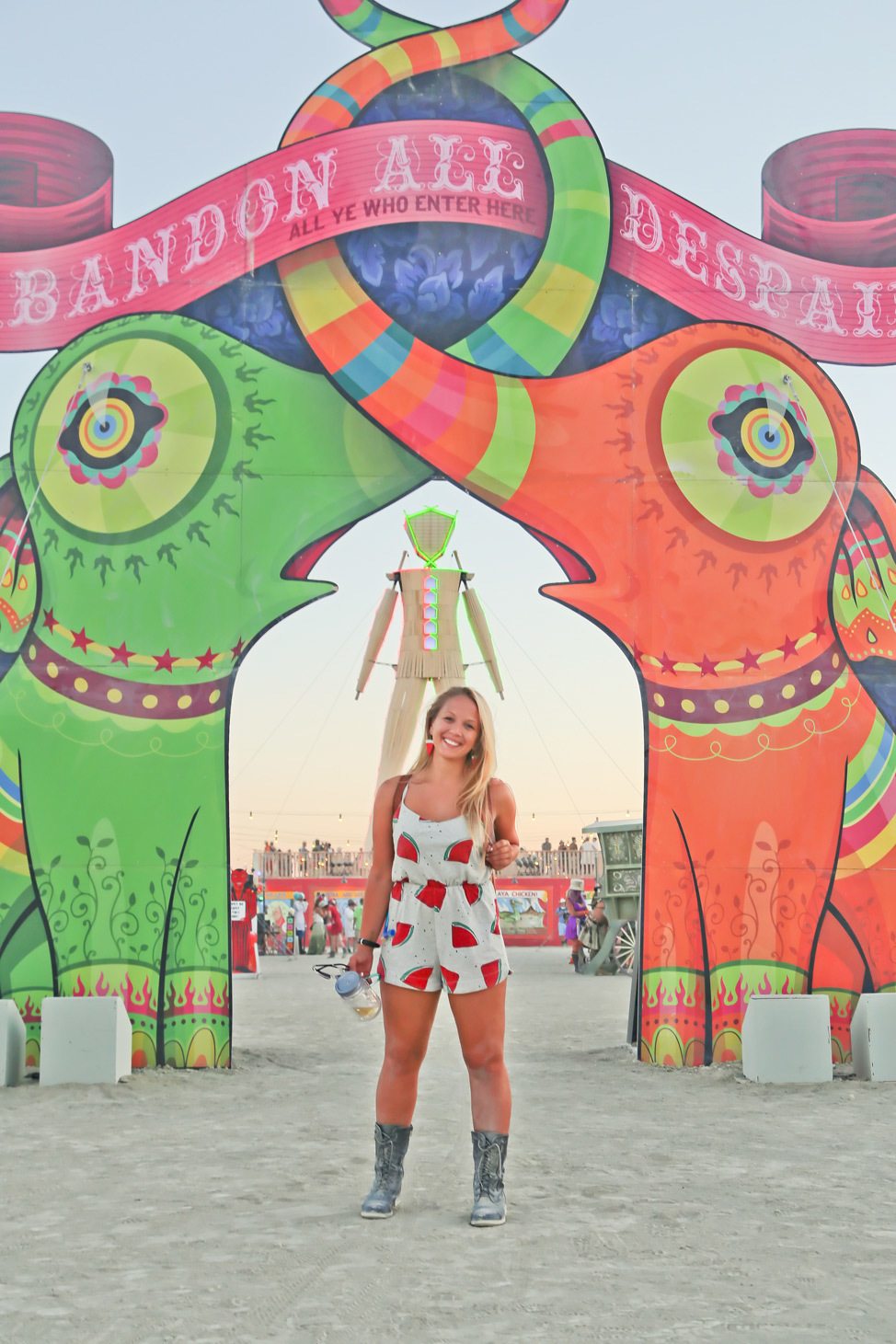 Zoe and I spent three nights pre-burn and one night post-burn in Reno.

The first night, we crashed with some of my campmates in Truckee, while for the next two we nabbed a cheap room at the Ramada on HotelTonight. We paid just $25 each a night for two nights! (By the way, you can get $25 off your first stay with HotelTonight by using the code ABAACKES at check out.) The staff at the Reno Ramada were so sweet and helpful and even let us stash our excess baggage there for the week of the burn when the much more expensive Grand Sierra, where we stayed after, pretty much laughed in our faces for even asking.

We booked the Grand Sierra months ahead of time, and Zoe and I again split a room for a decent rate of $82 per person per night. The Grand Sierra is home of the unofficial Burning Man after party and is truly decadent after arriving from the playa. However, it definitely feels like an extension of the burn itself with big pool parties, big djs, and burners everywhere you turn – so if you’re looking to continue the party, it’s the perfect spot. If you’re looking to actually get away and decompress, look elsewhere. I was a little turned off by a few policies and some of the attitude, like not allowing us to store our bags, not allowing outside food deliveries and not allowing us to drive our RV up to the door to unload. There is a free airport shuttle, which is a nice bonus. 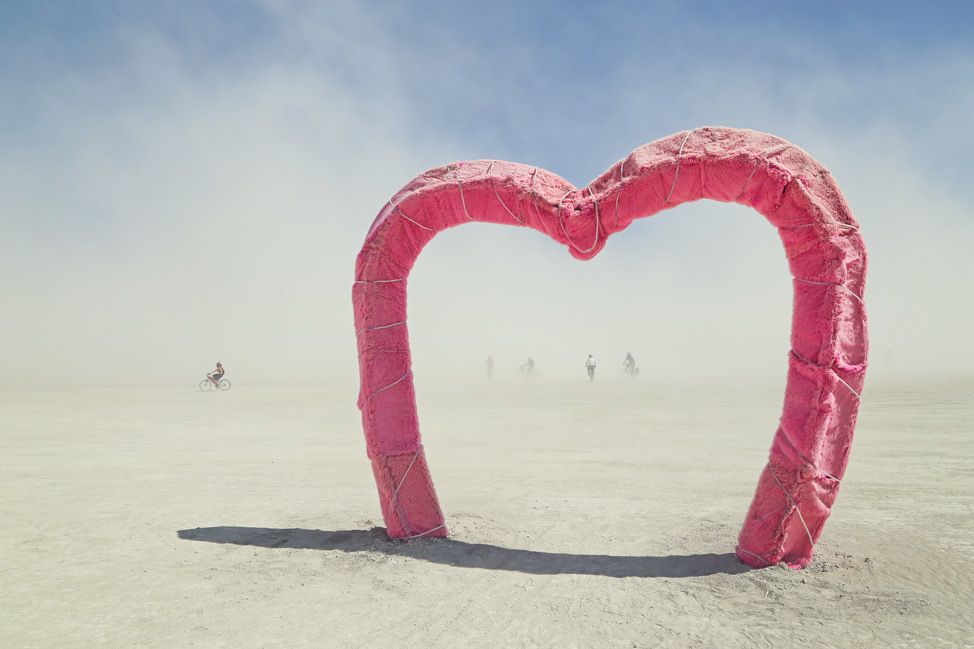 I nailed it with the flights this year – I used a huge stockpile of Southwest miles to get to Reno from Vegas (and even to get to Vegas from New York, before that) and then onward from Reno to Los Angeles afterwards. Each of those three flights cost me $5.60 in taxes, making my flight total a whopping $16.80.

If you’re flying to Burning Man from anywhere within the US, I highly recommend signing up for a Southwest credit card to earn miles for a free flight to Reno. They even let you check two bags free, a lifesaver when you’re hauling in your camping gear. Want to score a similar deal? Learn more about playing the airline miles game!

I cobbled together my transport around Burning Man this year. For our three days in Reno, Zoe and I had a rental car, which was essential for getting all our errands done. Travel Nevada covered the cost as a thank you for the instagram takeover I did for them post-burn, and Zoe covered the gas.

Zoe and I decided to skip the twelve hour lines and general madness of the gate on Sunday and arrived Monday via the Burner Express instead. Best. Decision. Ever. Four hours after leaving Reno, we were on the playa! And we met a bunch of fun burners and limit our environmental impact along the way. However, it’s not cheap – our one way ride was $75 and additional charges apply for extra luggage, for a stop at a grocery store in Reno, and for bikes. Service is also available at a higher cost from San Francisco. Perks include a dedicated lane at the gate to bypass traffic and reserved camping spots. Still, I do think this is pretty pricey compared to other festival shuttles I’ve taken.

For the ride back to Reno, I hopped in one of the RVs that anchored my camp for the week and also hauled my stuff on and off the playa. As a thank you we spent hours at an RV wash and dump station upon hitting Reno, and I chipped in $35 towards the $80 car pass Ian had secured for it.

On the way to the burn we mostly snacked on our groceries, though Zoe treated me to epic lunch at Chipotle and a delicious last dinner from Pizza Hut (she spoils me). On the way back from the burn I spent $18 on treating my crew to a McDonald’s breakfast, $70 on treating the drivers to a lavish Mexican, and $30 on dinner at the Grand Sierra. 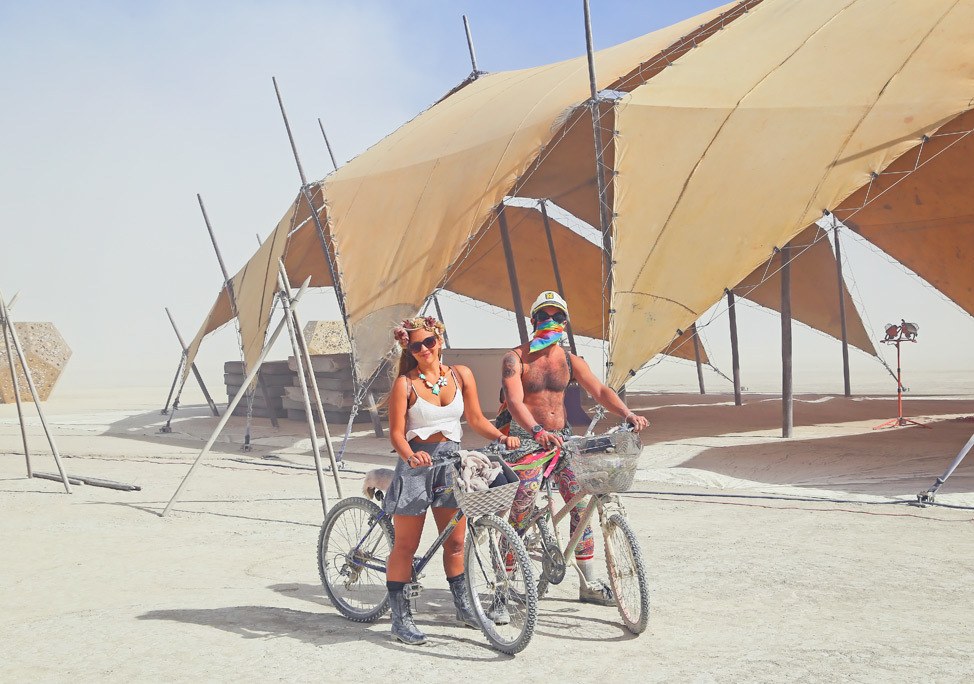 Sadly, I lost a lot of my festival-wear collection in my shipping disaster to Tomorrowland Belgium last summer – pretty much all that was left were my burn boots and my googles. But I had fun buying a new wig, three new leggings, superwoman supplies, and a crazy romper. And while I spent a fair amount, I’m getting use out of it too — I rewore my superwoman getup for Halloween and I’m still wearing some of the leggings to yoga classes. I spent $108 on costumes.

Also, I wasn’t sure where else to stick this, but I spent $40 getting a pedicure done at Wal Mart in Reno the day before the burn – best investment ever. Next burn, I’m doing gels on my hands and feet to avoid looking at caked dirt under my nails all week.

I spent $64 on produce and alcohol at a grocery store in Reno and $45 on Amazon ahead of time stocking up on my favorite camping-friendly snacks like Barnana Organic Banana Bites and Simply Protein Crunch. I also gave Ian $70 for my share of the group shopping he and the others did for food and water before I arrived. In the future, I plan to be much more on top of the shopping in any group I camp with, not just for financial reasons but also to reduce food waste. 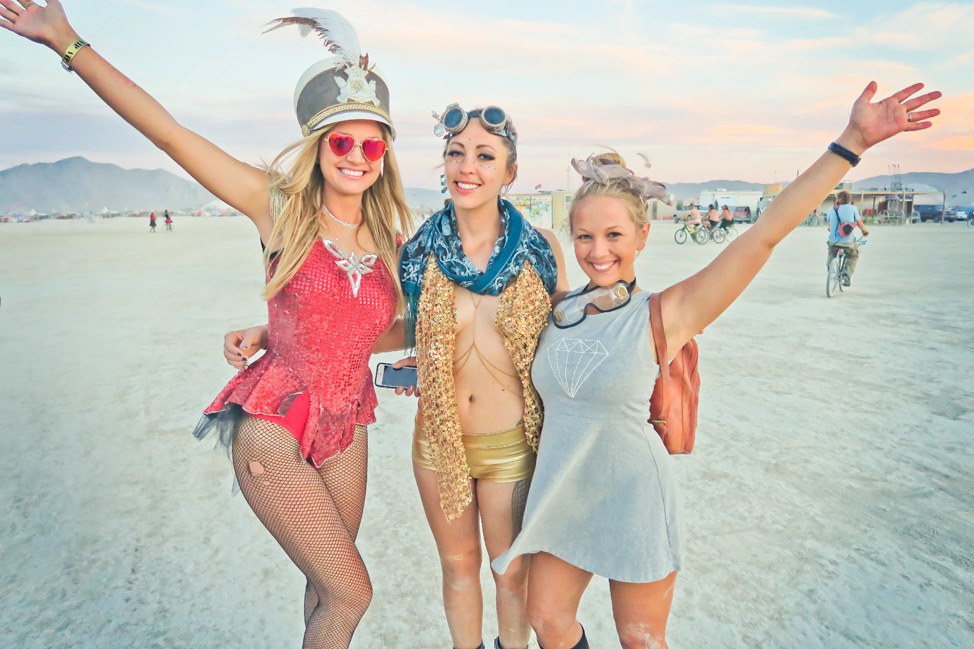 We didn’t do a petty cash envelope at our camp this year like we did last year, but I did pitch in and buy ice one day.

We made an obligatory shopping trip to Wal Mart in Reno (cringe) and I purchased a headlamp, a watch, a full length mirror, bike lights and a bike lock, among other things.

However, Ian did a ton of the shopping for us like buying a tent and an air-mattress, and also did a lot of work like securing our bikes and a ton of groceries. I thanked him by booking his post Burning Man flights to and around California using more of my Southwest miles. 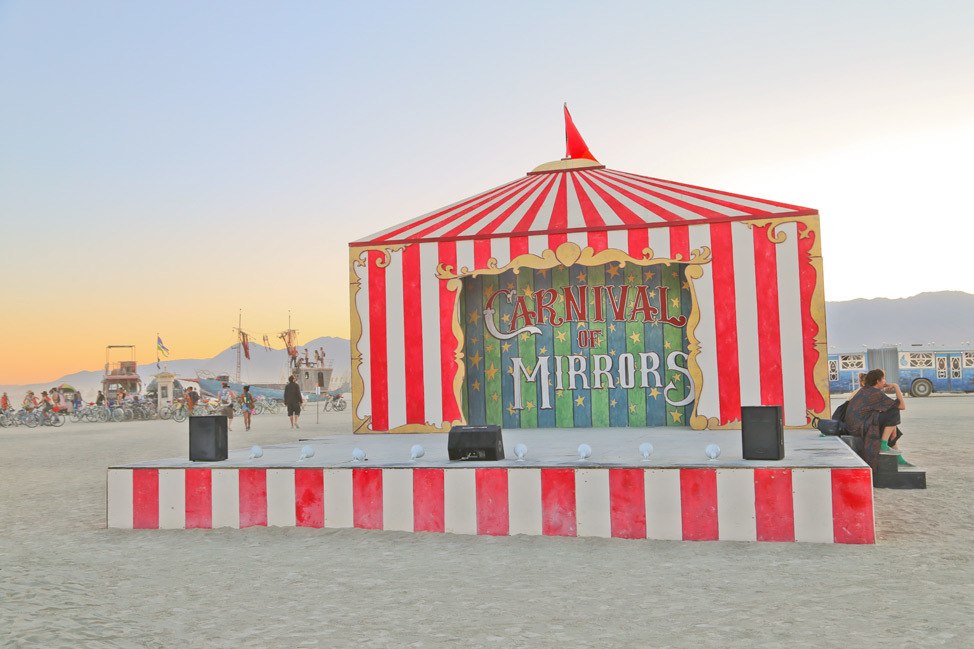 Overall, I spent $300 less than I did my first burn, mostly thanks to savvy flight booking. I was thrilled with that as well as my bike “rental” and my face-value ticket (though really, scalped tickets are blessedly not much of an issue at Burning Man).

I splurged more on hotels and food in Reno as well as costumes for this burn, and was happy with those choices. However, I was frustrated once again by both my own excess food purchases and the general wild consumerism that takes place in Reo leading up to the burn – buying loads of cheap crap that gets lost or destroyed only to be re-purchased the next year. I’ll be thinking much more critically about my food and camp supply plans in the lead up to future burns. 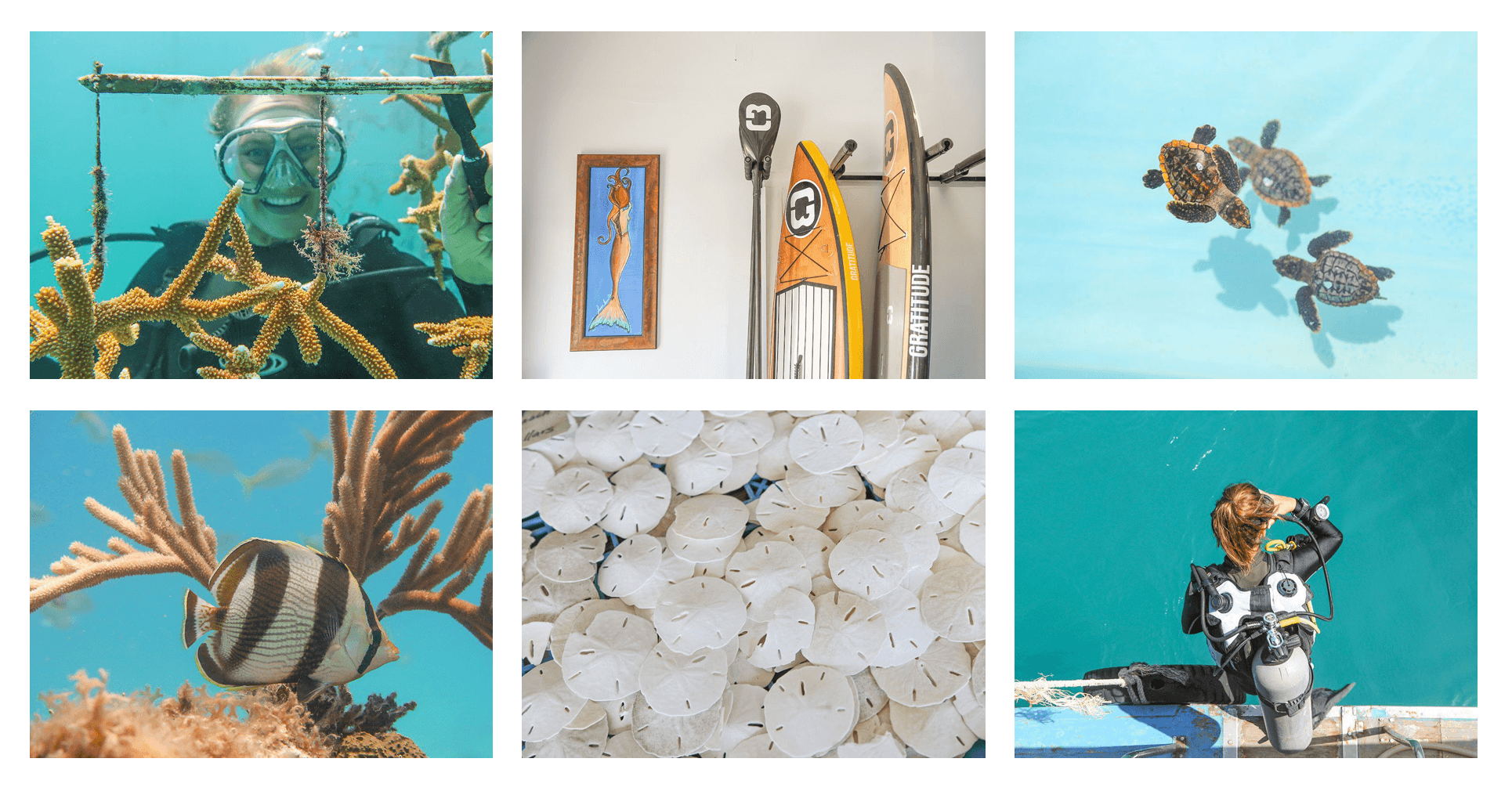