The Cost of Burning Man

While there are insane amounts of information online about preparing for Burning Man, there was one question I had a hard time finding a straight answer to. Exactly how much does Burning Man cost? I’m providing my own personal dollar for dollar cost breakdown here in hopes that it helps someone else prepare for The Playa.

I traveled with a group of four others, so the hotel, U-Haul and grocery costs were my share of a five-sway split. 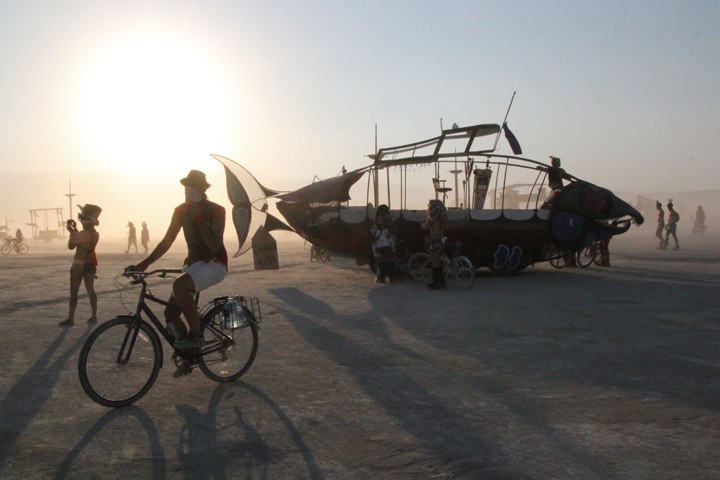 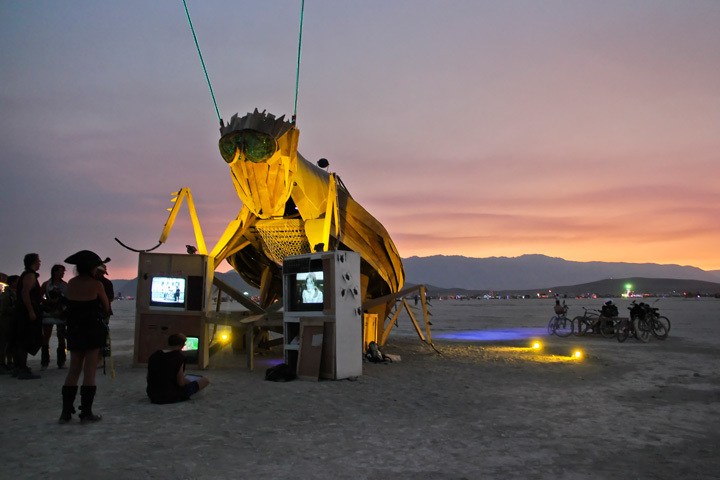 We had two nights in hotels before Burning Man, and one after. I am so grateful for that extra time we gave ourselves. on the West Coast. It gave us tons of time to prepare ahead of time, and then to regroup just the five of us to reconnect before heading back to the real world. I was in charge of this aspect and booked us a cheap motel the first night and a room at the Peppermill in Reno using a generous Burner discount (find a list of offers here) the second night. Our final night we stayed at the Four Points in Sacramento which had a pool and free airport shuttles, and I was able to cash in 7,000 Starwood points for one of the rooms, cutting the cost in half.

I was feeling some envy towards West coast Burners when we bought our pricey flight tickets. Southwest ended up being a lifesaver for us, as we were allowed two checked bags each and therefore could pack as many essentials (sleeping bags, a tent, etc.) as possible. Had I planned ahead and applied for the Southwest Chase credit card offer I could have scored a mostly-free flight — I’ve already started working on building miles for next time. 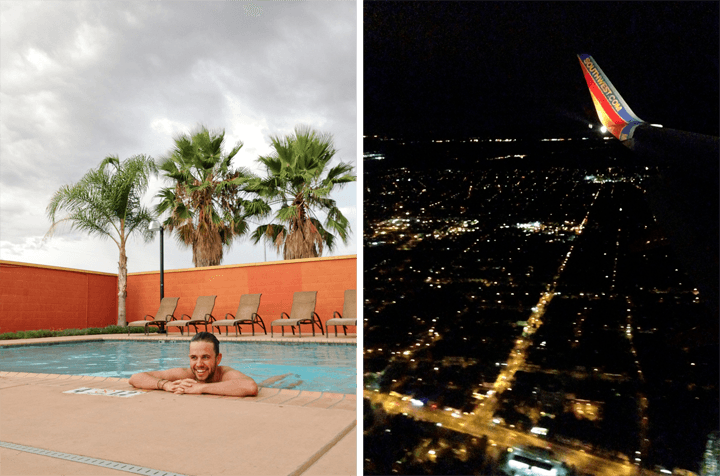 My bus ticket from Albany to NYC was $20, and I prepaid for a shuttle from Port Authority to the airport for $13, and patted myself on the back for being so thrifty. Then I pulled into Port Authority to a text from the others saying they were already at the airport, and realized I had the time of the flight wrong — too bad I’m such an inexperienced traveler who wouldn’t know better than to, ya know, double check that kind of thing. I made my flight thanks to a miracle and a $48 cab ride.

We didn’t do any big elaborate meals, but we stopped for Starbucks and grabbed quick meals in the days after and leading up to the event.

Funny enough, the cost of getting from Albany to the airport in New York City was the same price I paid for my share of a weekly U-Haul rental. We couldn’t afford an RV and car rental agencies won’t rent anything but a sedan to drivers under 25, so this was effectively our only option to get to and from Black Rock City. It worked out so well — it was cheap, we had plenty of space, and there was room in the back to blow up an air mattress and sleep after a shift at the wheel. 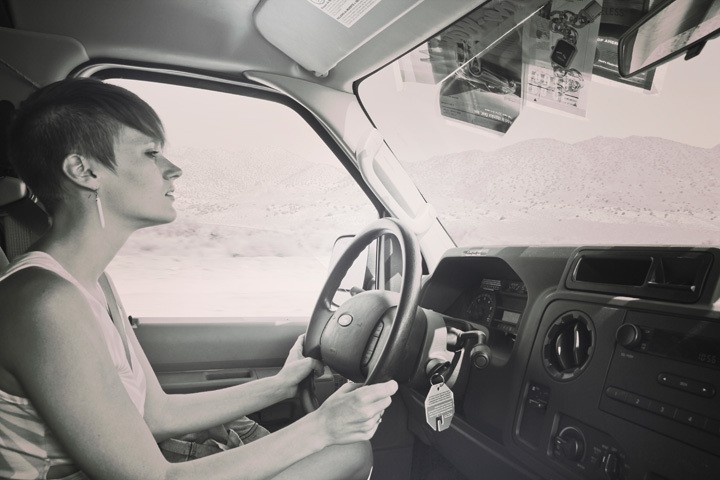 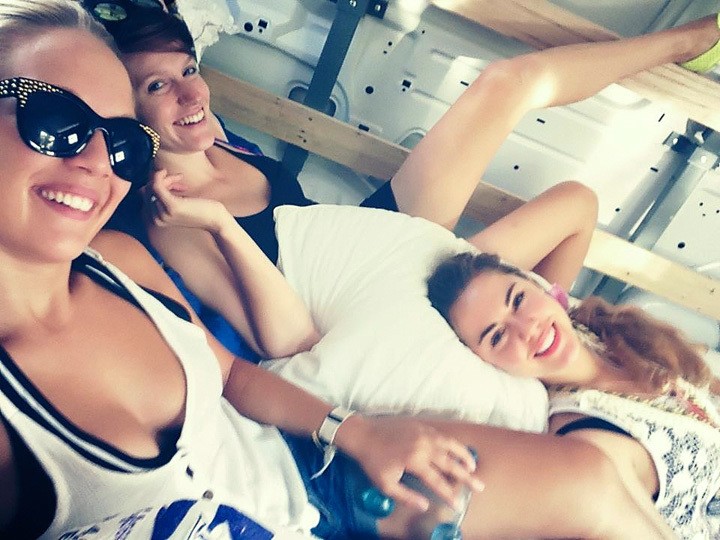 I bought my ticket back in January through the official Burning Man individual ticket lottery. I was in Thailand at the time and due to the time change I had to stay up until 4am in order to make it through the virtual line once sales opened. Tickets sold out in about nine hours, making the process of doing jumping jacks in the hallway of a hostel to stay awake totally worth it.

There are no day passes available to Burning Man — unless you get your hands on one of the rare 50% off limited income tickets, this is the price you will pay. 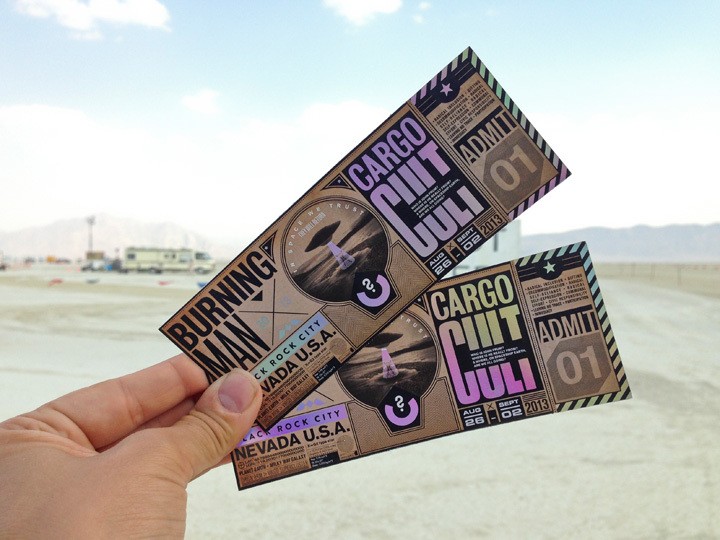 I attended with a registered theme camp, which is an optional choice. My camp, Thunder Gumbo, built an art car and so we all paid dues that helped fund the project. I heard of camp dues that ranged from $100-400, and provided various perks like showers, communal meals, camp mixers, etc. 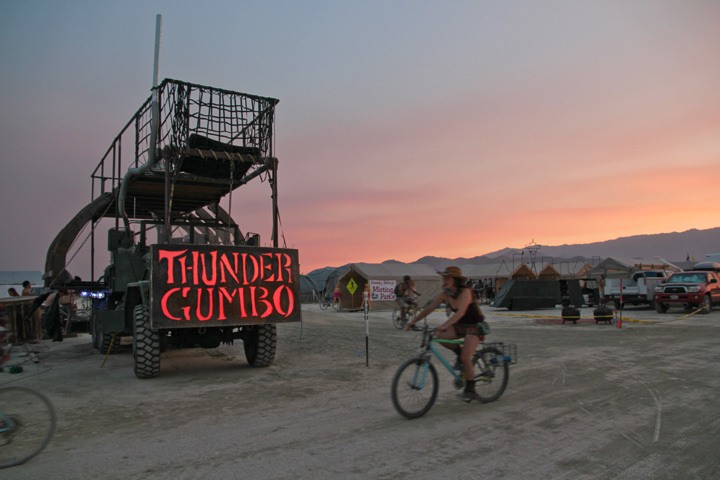 I consider a bicycle an essential of Burning Man — I don’t know how you’d do it without one! My friend in charge of bikes found us $65 mountain bikes on Craigslist, which we picked up in Reno. As soon as we had reception on our way out of Burning Man I scanned Craigslist again for anyone looking to buy back bikes. We found a woman who offered us $15 for each, lowering our effective “rental” price for the week to $50.

Don’t forget to light your bike — battery powered LED lights are a must. 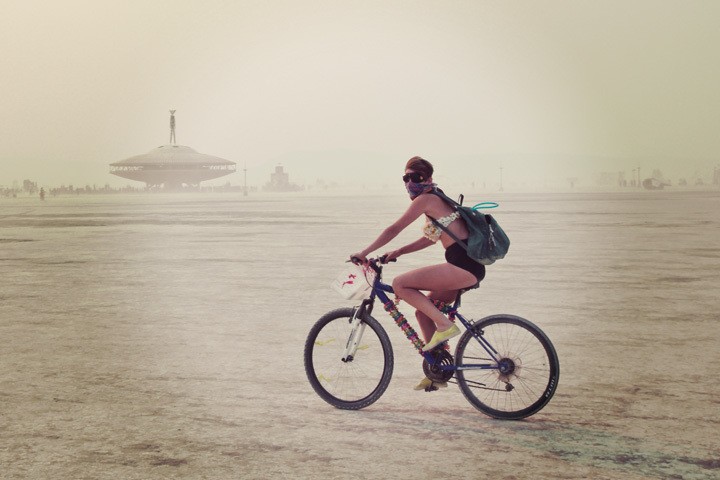 We made one stop at Sam’s Club and one stop at Trader Joe’s and stocked up on food, water, and alcohol. We bought too much of everything, but better to have too much than not enough. We ended up throwing away tons of produce, packing up whatever we could (I left with a full bottle of vodka, packets of oatmeal and more) and donating the rest. In the future I would aim to keep this at $100, knowing what we know now.

Sam’s Club was a lifesaver in keeping this total down. My mom’s boyfriend lent us his membership card, which no one glanced twice at. I recommend asking around if anyone you know is a member — this is the time to buy in bulk.

I have a pretty heavy costume artillery in storage, so I didn’t need much. Still, I picked up some essentials like $20 boots, $25 goggles, and some fun extras like gold suspenders, glittery makeup, etc. Some of those were frivolous indulgences and others were good investments for future Burns and events. 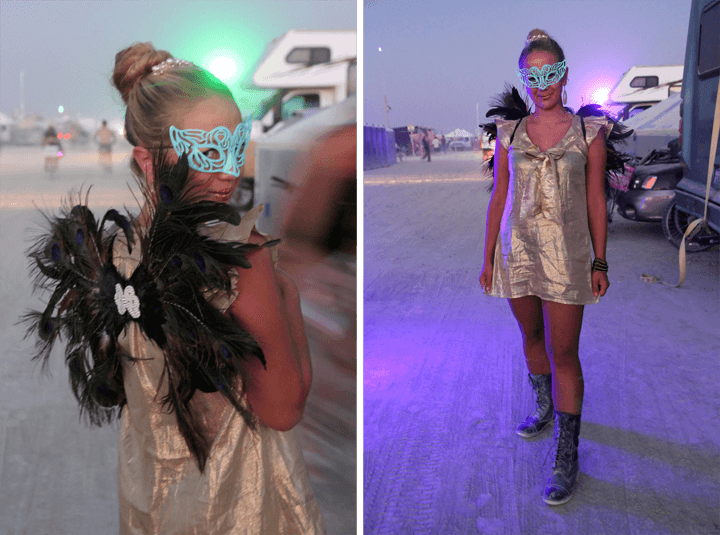 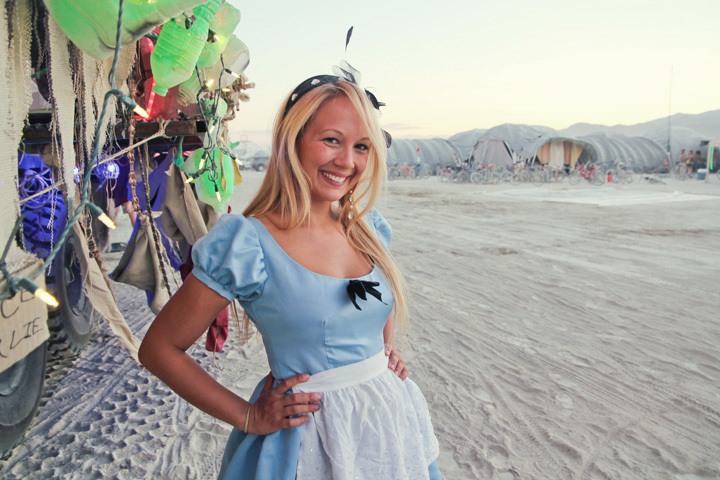 We made a great decision to have petty cash envelope that we each put $40 into and used for gas, cab rides to and from the U-Haul, and ice at Center Camp. It was such a lifesaver.

While our group was great at pulling together resources we already had like tents and sleeping bags, we did have to make some group purchases of things like air mattresses, blankets and pillows, gas for the stove, a mirror for the camp, etc. I ended up taking home one of the air mattresses, which basically paid for itself. 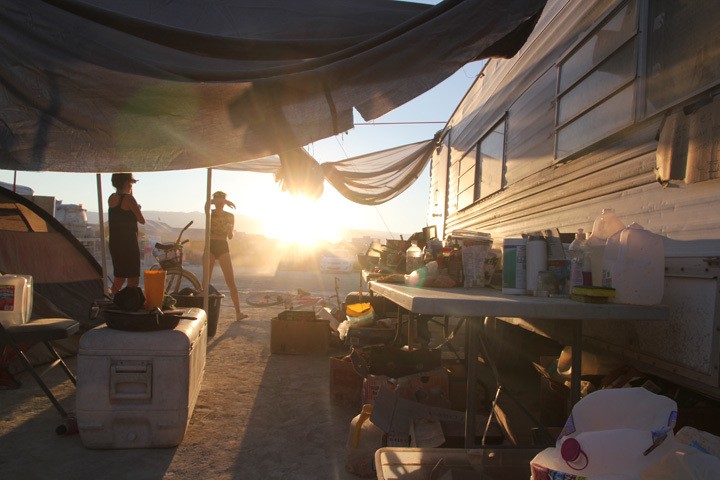 The biggest way to cut costs to Burning Man would obviously be to just live within driving distance — it would cut out flight and vehicle and bike rental, and ostensibly you wouldn’t have to buy so many supplies upon arrival. In the future I think I might be able to do it for a little less now that I have learned a few lessons and purchased a few essentials. But considering the distance we had to travel I think we did great, and I’m happy with what I spent for a first Burn — stupid last minute cab ride aside.

There’s one thing I know for sure — it was money extremely well spent.

Summer in Albany: Sunshine and Smiles

What the %$#* is Burning Man? Move over, Skype — There’s a New International Calling App in Town
140 Comments...