I am one of the most neurotic, research loving, Type-A travelers that ever walked this planet. I truly do believe that planning is half the fun and I cherish my time digging into guidebooks, blogs and forums to learn everything I can about my destination. While I might not go so far as to make a day-by-day itinerary (anymore) I do have a full picture of what I want to do and see and how much time that will require. 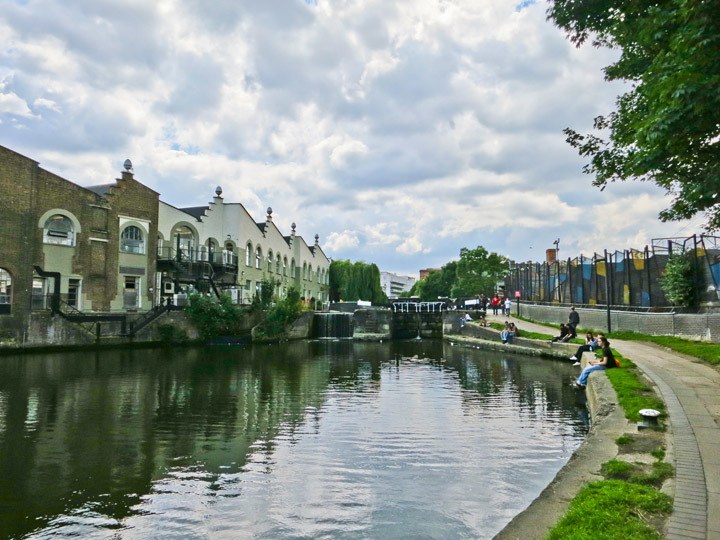 I was in London primarily to visit friends — and as I confessed, it’s not my favorite place anyway. So for maybe the first time ever, I was on a plane headed to a destination with not. one. thing. planned.

Flipping through the in-flight magazine, I read about an ice cream shop that made ice cream using liquid nitrogen. I ripped out the page. I wanted that ice cream. There, I had something planned for London. When I spent the weekend in Manchester and friends asked me what I had in store for London, I pulled out my tear sheet in response. 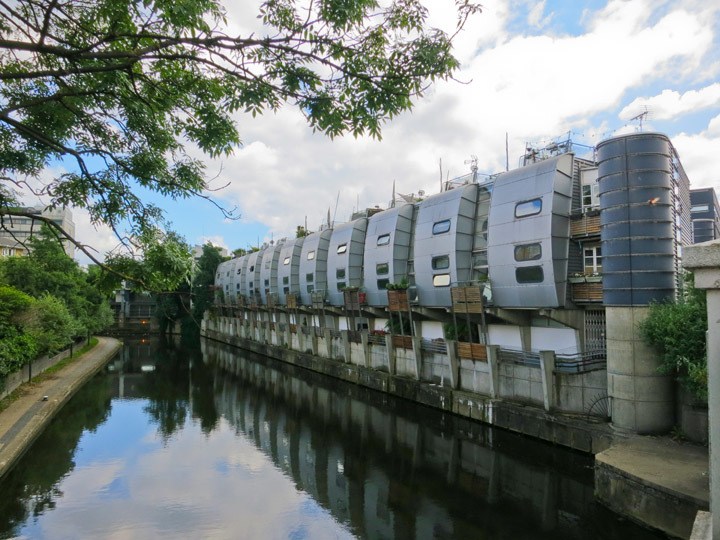 The ice cream shop was located in Camden, so on a free day when my host was at work I hopped on the tube and emerged into a totally new area of London. Doing a bit of on-location research, I learned that Camden is a trendy, bohemian area of London marked by exotic markets, scenic canals, colorful nightlife and vibrant residents. Camden is often considered the center of alternative culture in London and simply people watching is a popular activity.

Perhaps Camden’s most famous feature is its market. “Camden Market” is somewhat deceiving as it refers to several markets across the northern end of town — however, they all bleed together in a way that I personally found them fairly indistinguishable. I’m not a huge shopper, especially in a pricey place like London, but I love soaking up the atmosphere of famous marketplaces from Chatuchak in Bangkok to The Grand Bazaar in Istanbul. Camden Market was so different — I took photos, chatted with vendors, snacked on street food and got hopelessly lost. 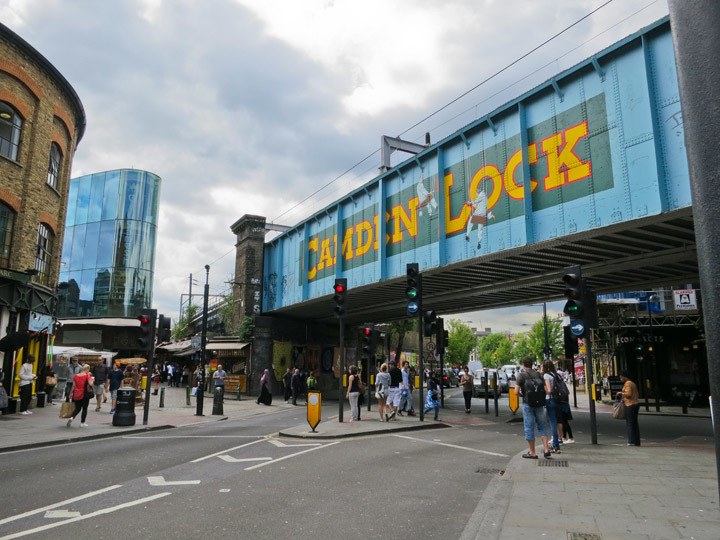 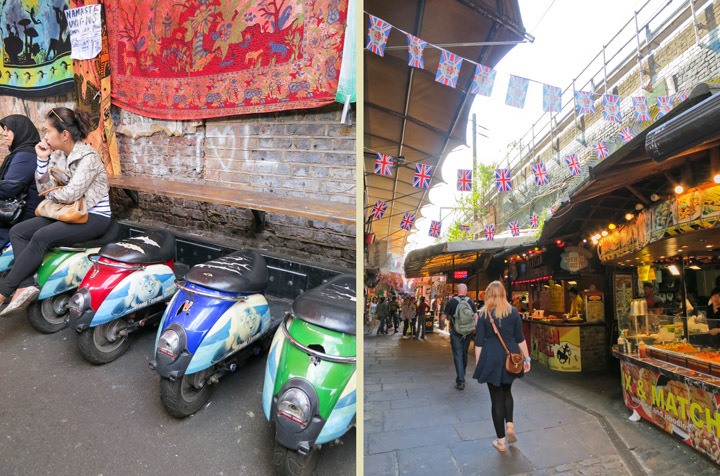 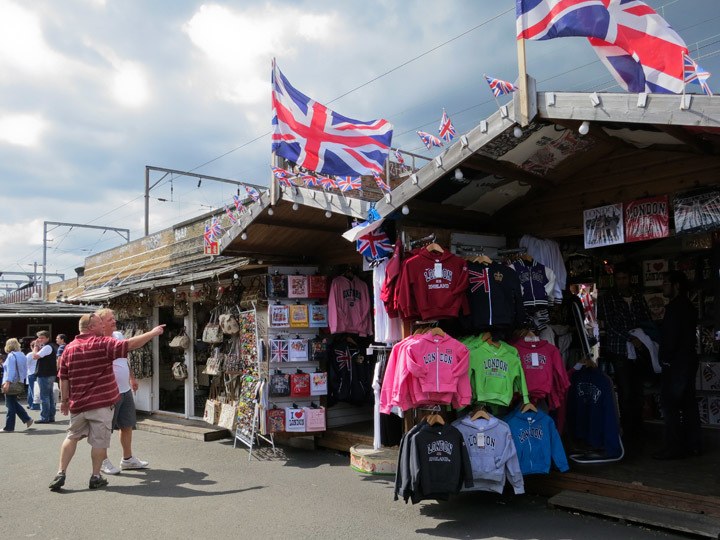 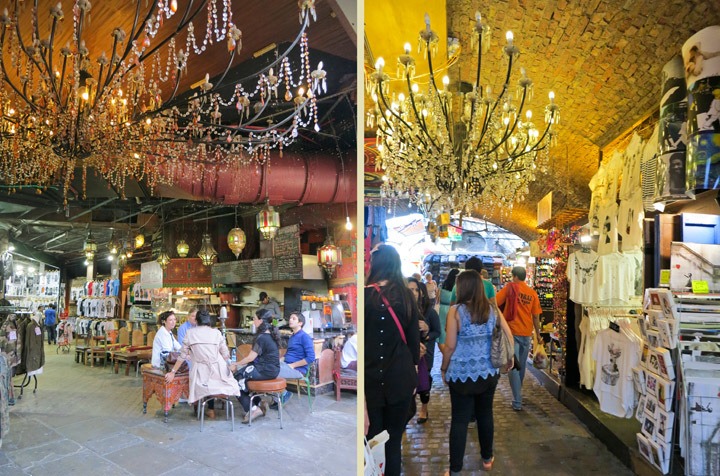 Speaking of Chatuchak Market, I was there not too long ago. And so when I walked into a certain booth at the market in Camden, I couldn’t find a certain sense of déjà vu. The stall owner was certainly Southeast Asian looking, but I couldn’t be sure if she was Thai. Sawasdee ka, I started tentatively. Chatuchak? I asked, pointing to her merchandise. She burst into laughter, nodding, and we had a good chat about our mutual favorite country. 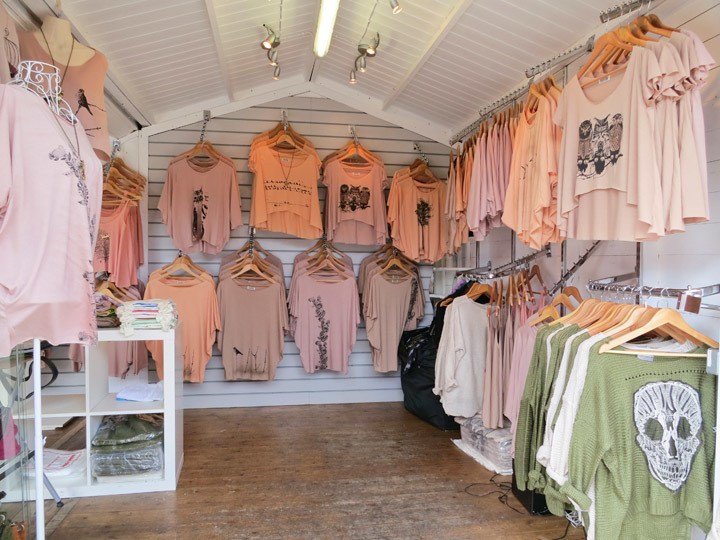 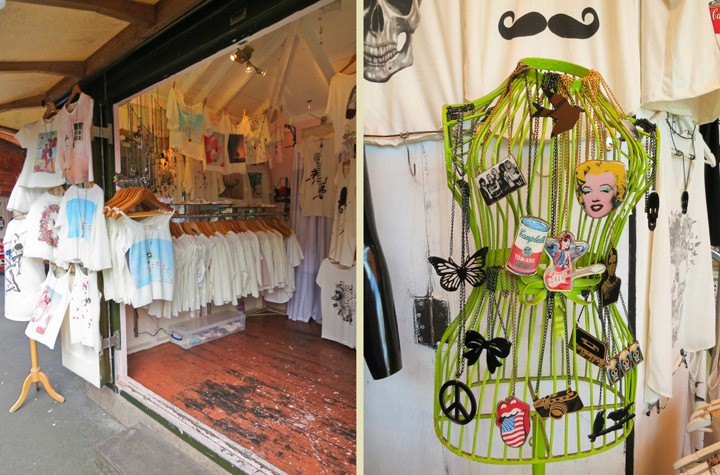 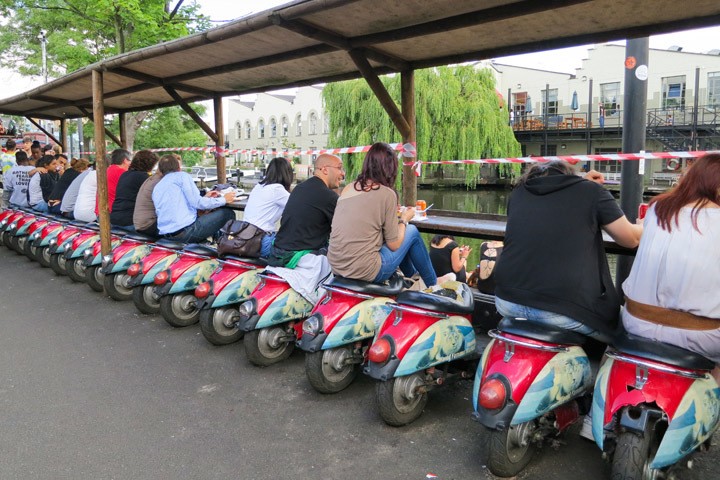 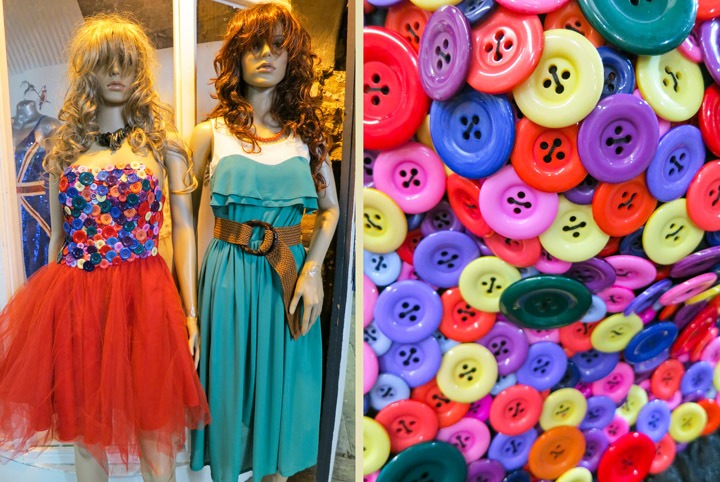 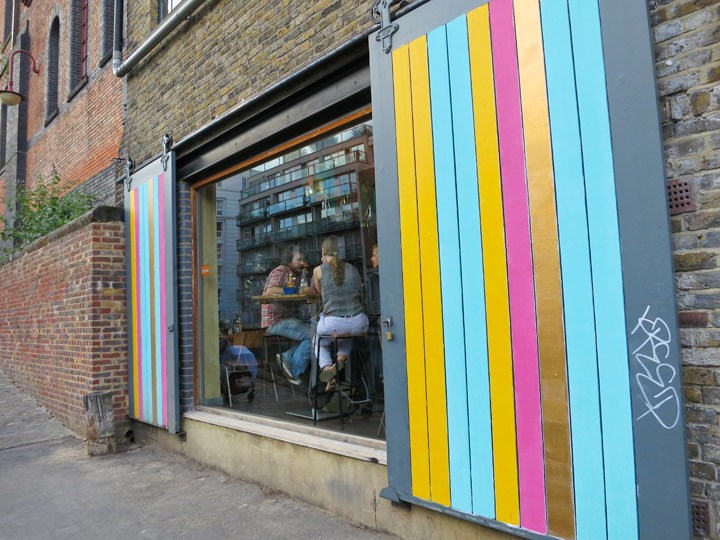 Aside from browsing the markets, a popular pastime is lounging along the canals eating, reading, and socializing. When the sun made its brief daily appearance I rushed to sit on the dock and catch up on my book, and watch the people of London go about their days. 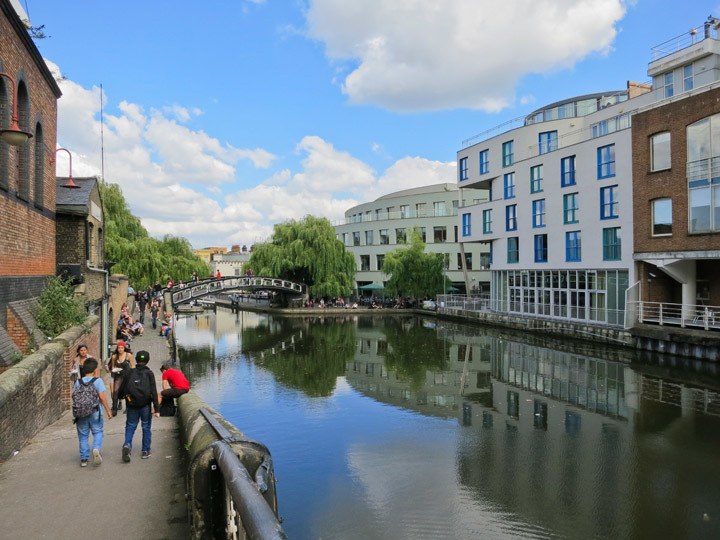 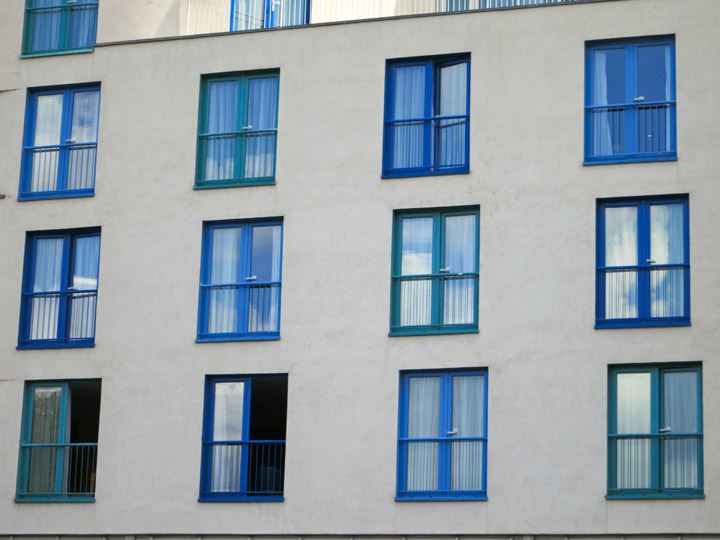 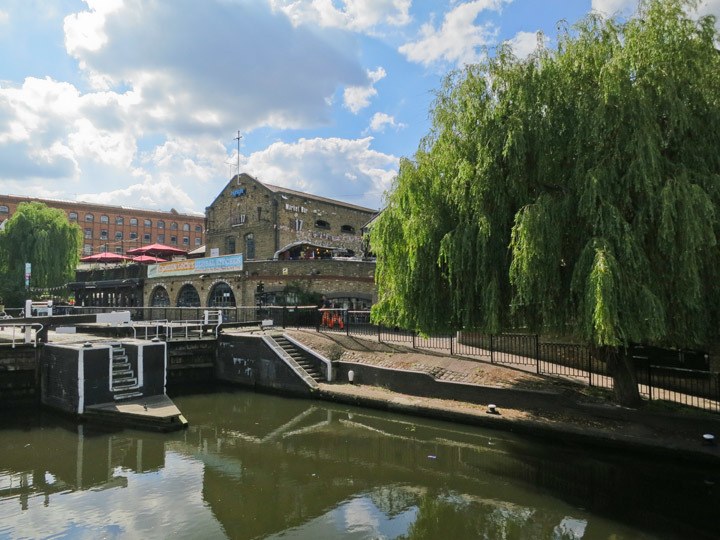 Eventually though, it was time to get down to business. I had come to Camden with a mission, remember? To find Chin-Chin Labs, Europe’s first liquid nitrogen ice-cream parlour. I had an address and a general location from Google Maps, but unfortunately street addresses are of little use in the maze-like and alley-filled Camden Locks. I wandered for ages and was started to reach peak levels of frustration when I spotted a familiar molecular logo. 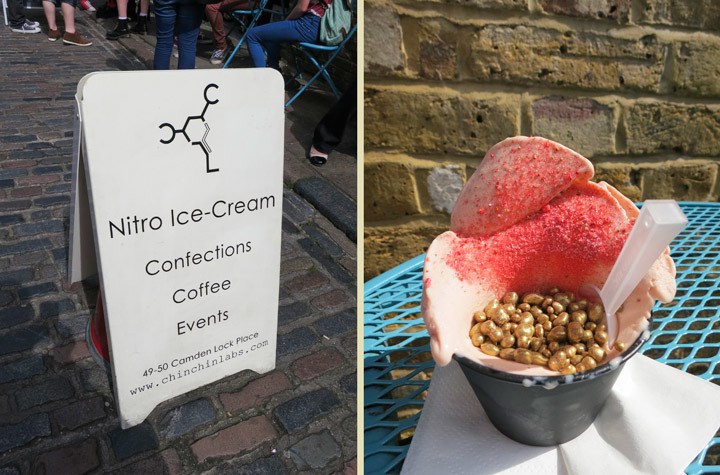 I had found it! The one thing on my London to-do list… or perhaps I should call it a to-eat list. Then came my biggest decision of the day — picking a flavor. On offer were Pondicherry Vanilla, Valrhona Chocolate, Strawberry and Hay, and Purple Grape Soda Sorbet. Toppings included hazelnut crunch, heather honeycomb, grilled white chocolate, caramelized pretzels, green tea peanut brittle, chocolate dipped ‘potato chips’, popping candy, and sauces like raspberry, fleur be sel caramel, and valrhona chocolate. If I may be eloquent: YUM. 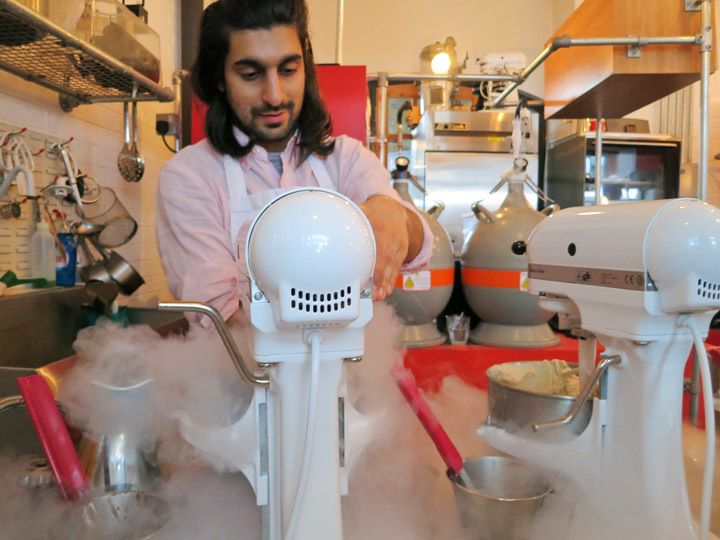 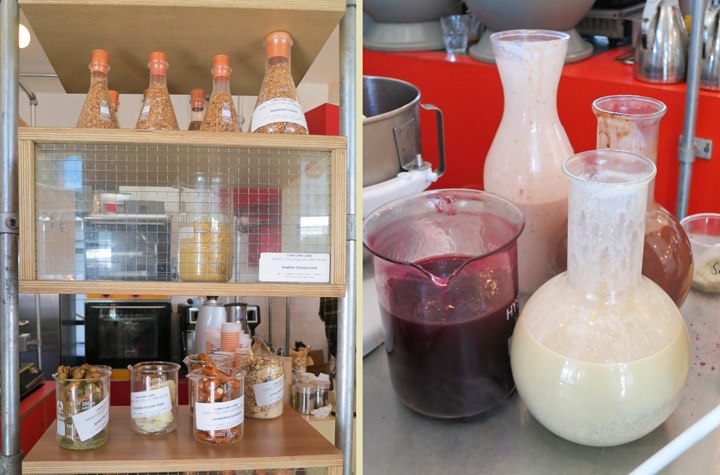 Watching the whole liquid nitrogen process and observing the kitschy laboratory-influenced decor was almost as delicious as the Strawberry and Hay ice cream and popping candy topping that I eventually settled on. Dessert lovers, this is a must visit in London. It’s not easy to find, but I do offer this photo as a clue to Chin Chin Lab’s elusive location: 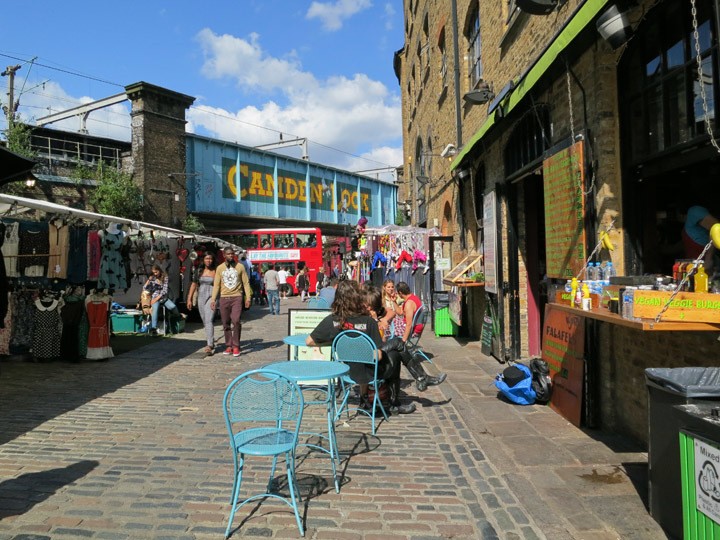 Eventually I had to tear myself away from Camden to go meet my friend for dinner, so sadly I didn’t get to sample the areas notorious nightlife. However I enjoyed my day in Camden so much I have a strong feeling it won’t be my last time there. 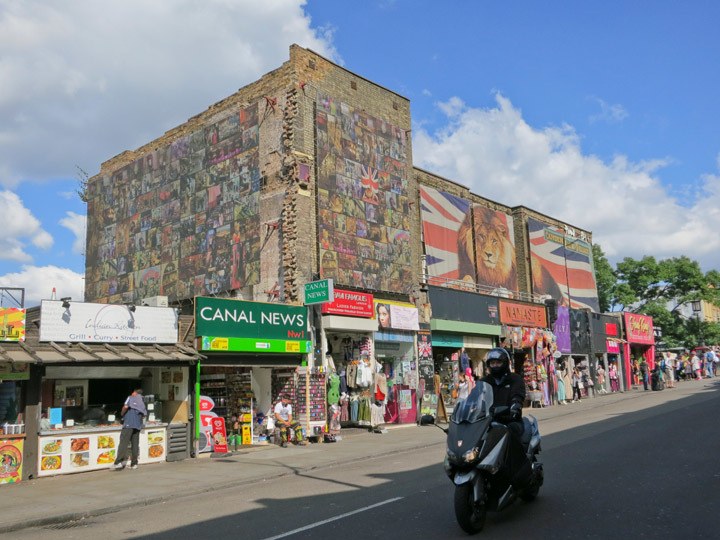 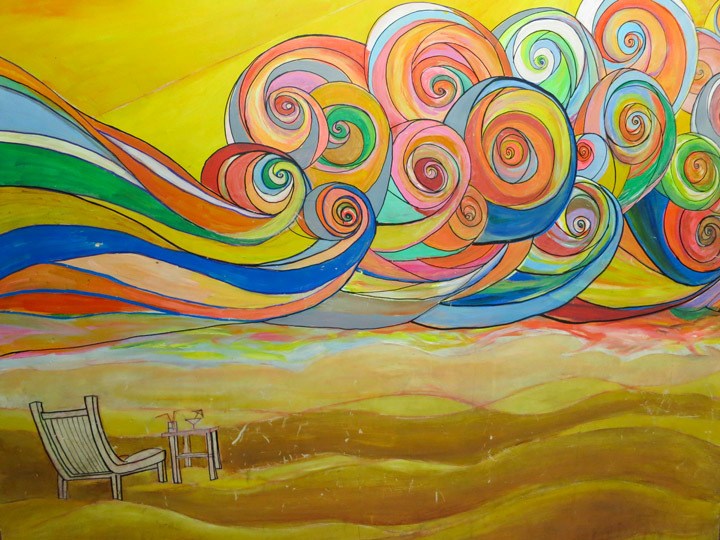 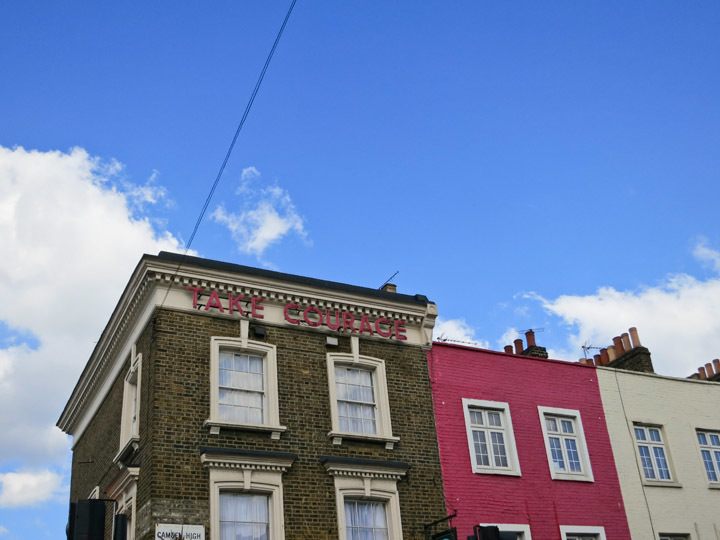 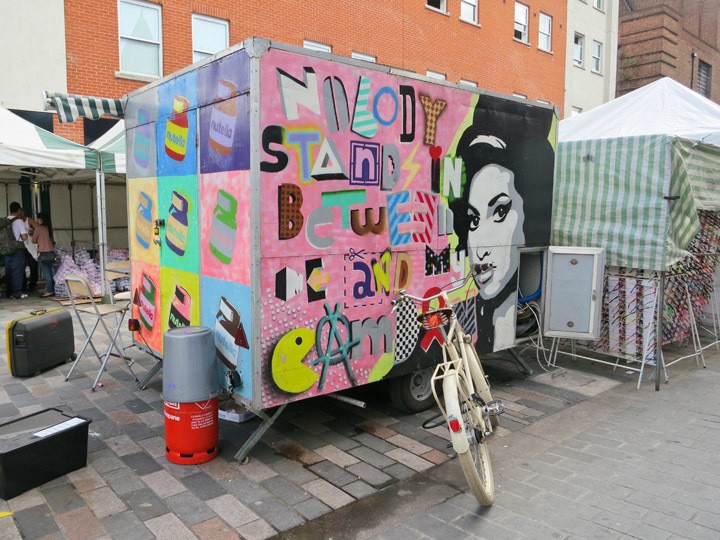 Granted, I’m no London expert. But from what I have seen, Camden is without question my favorite area of this big city. It’s my new go-to recommendation, and the first place I’ll visit on return. As the late and great Amy Winehouse once said, “Nobody stands between me and my Camden.” 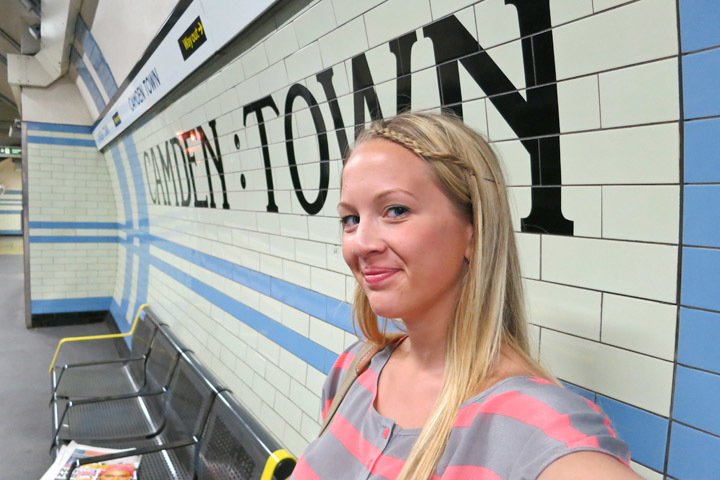 London, it was real. I’ll see you again soon, whether we like it or not –I’m sure of it.

Inside My Bag: What To Pack For Two Weeks in the United Kingdom