It’s hauntingly beautiful, immensely geographically and culturally significant, and home to more adrenaline-boosting activity options than you could cram into a week. The massive Haleakala volcano is Maui’s highest peak and makes up 75% of the island’s landmass — Haleakala is Maui, in so many ways. Hiking through the Haleakala National Park was one of the undisputed highlights of my first trip to Hawaii, so I couldn’t have been happier when my first order of business on my first morning of this trip to Maui was flinging myself off of the top of it. 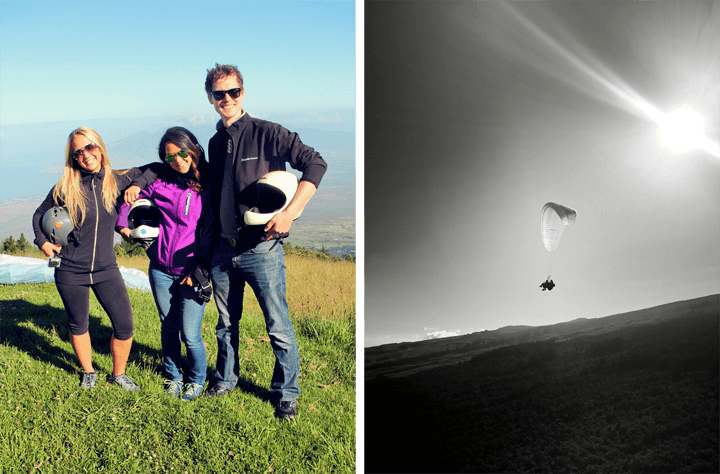 Photos courtesy of Captain and Clark

I’ve actually been itching to try paragliding for a while now — my many attempts in Peru were thwarted by bad weather, and then scheduling conflicts kept me on the ground in Ecuador. But now I realize that that was all part of the plan. It was meant to be; the universe wanted me to try paragliding for the first time in the capable hands of the team at Proflyght Paragliding alongside my dear, special fabulous friends Chris and Tawny. (Who, by the way, made a fabulous video of our adventures that you can watch here!) 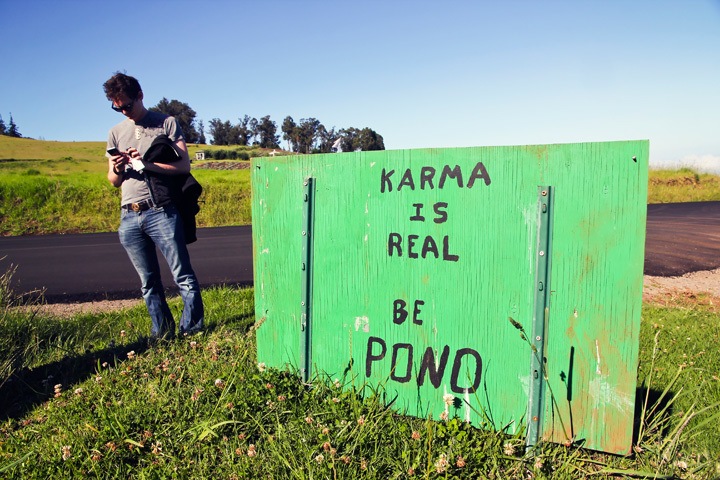 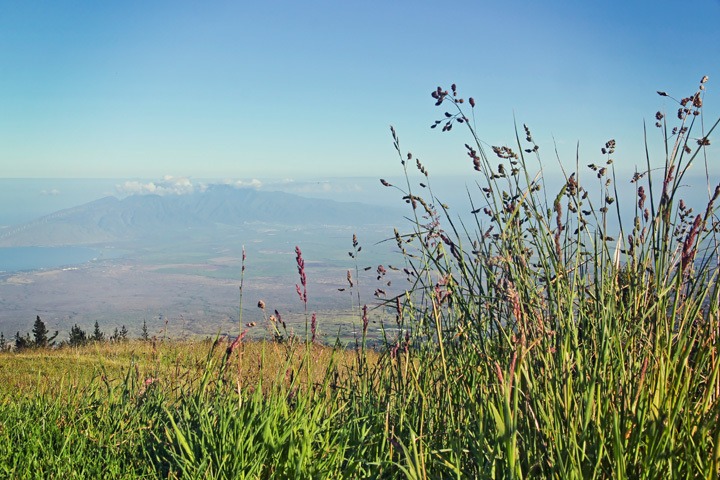 Unlike that time I jumped out of a plane in Hawaii, I had absolutely no fear about running off a cliff and flinging myself into the sky. Maybe it was the thorough safety briefing we received, maybe it was the friendly accent of the Brazilian instructor I was tandem flying with, maybe it was the views that just melted me.

The instructors asked us who wanted to go first and I generously volunteered Chris. 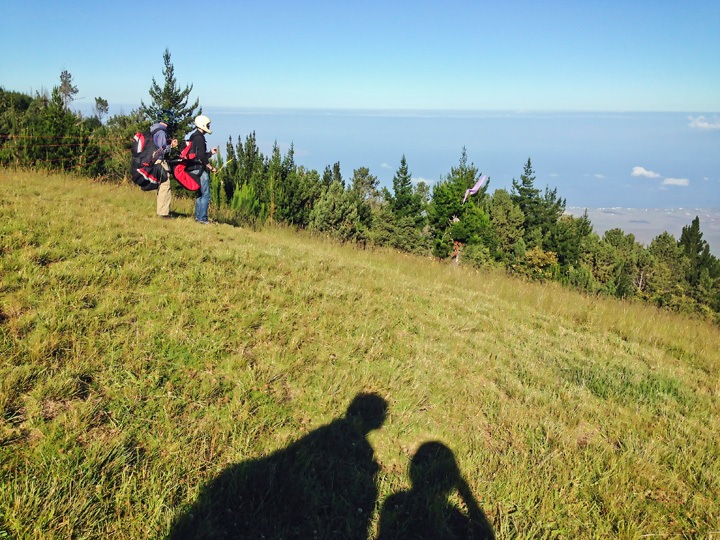 Watching him take off, I started to feel butterflies. But I didn’t have too long to reflect, because it was time to run. And this is where things got comical. My instructor kept yelling for me to “Run, run!” and I kept yelling back “I’m trying!” Because here’s the thing — we had a bit of a height difference, and at this point my feet were not even a little bit touching the ground. So I was basically running in place like some kind of cartoon character on an invisible hamster wheel while my instructor carried me off the cliff. 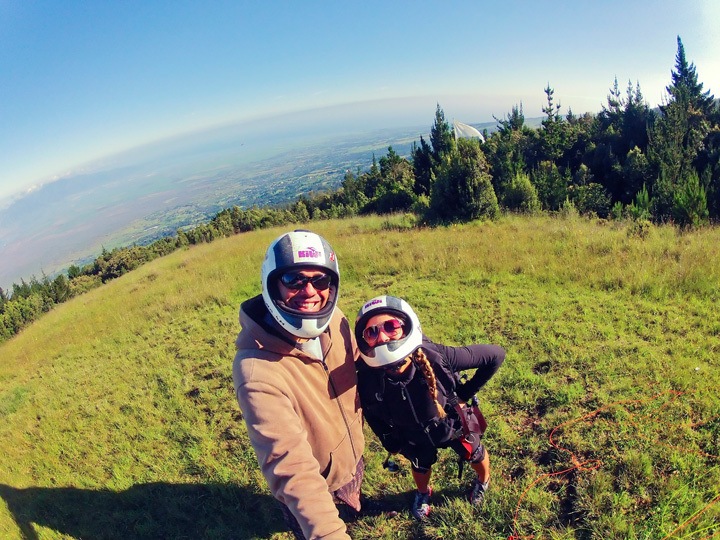 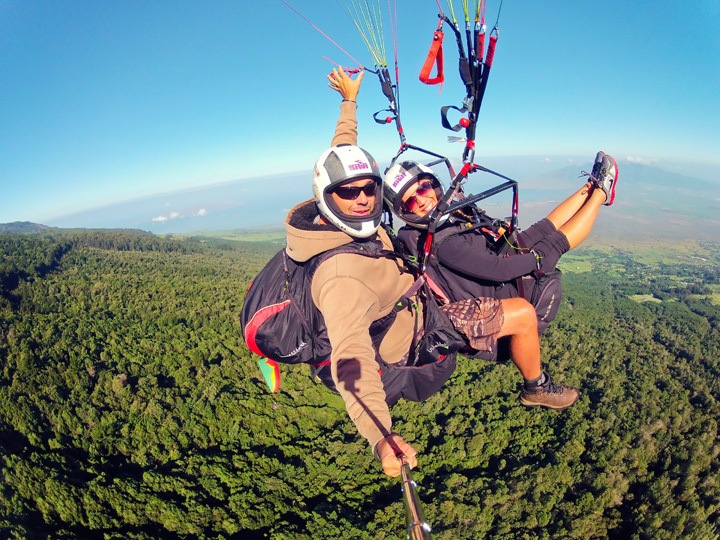 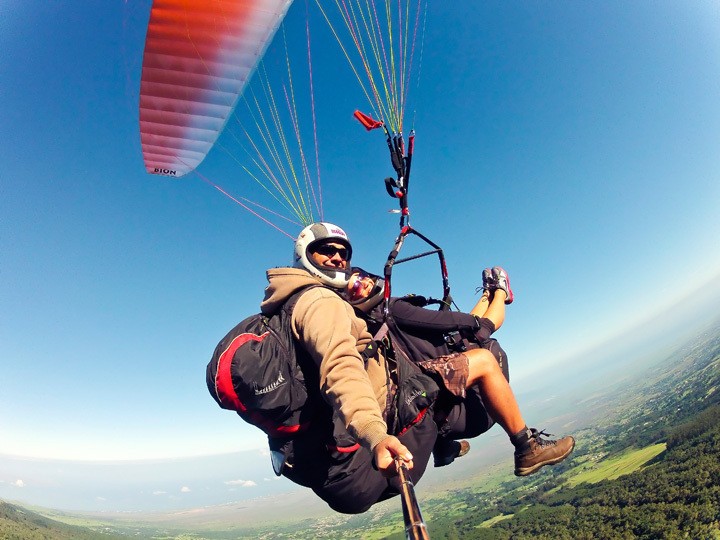 All was pretty soon forgotten once we were airborne. I gasped and gaped at the views, all while fumbling with my GoPro and trying in vain to capture what it felt like to be flying. Needless to say, it was pretty magical. 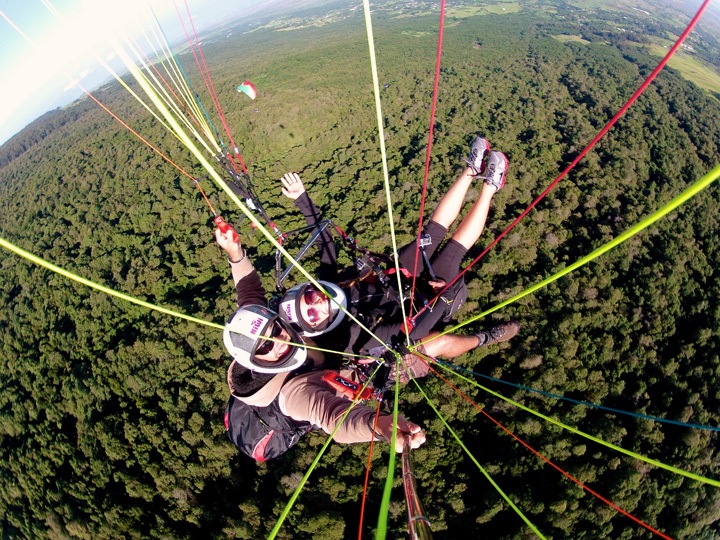 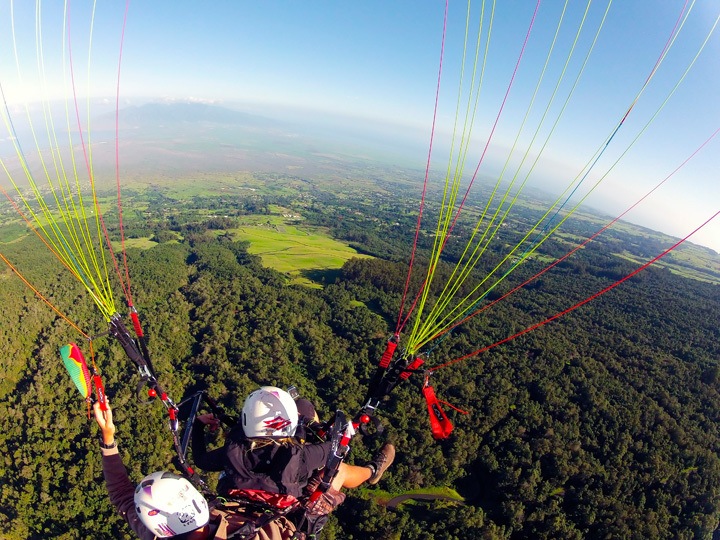 I watched as Chris and Tawny bobbed in the distance, and gave a gleeful affirmative when my instructor offered to do an aerial roller coaster ride. As we twisted and twirled, I let out a few shrieks for good measure, and thankfully did not throw up. 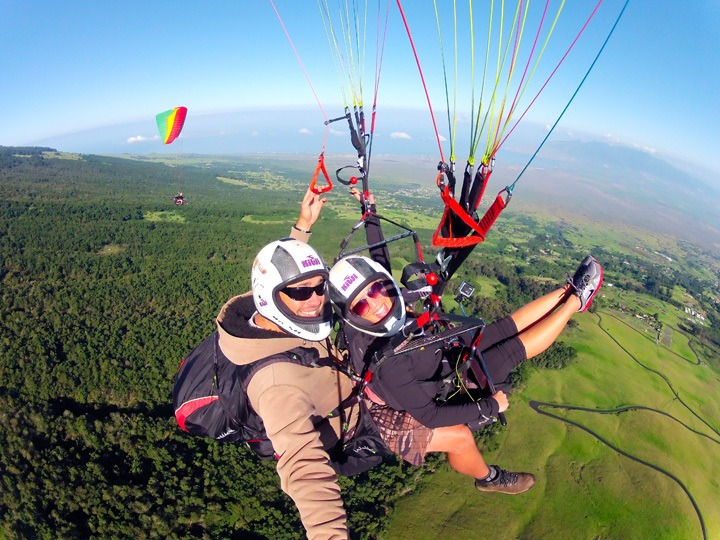 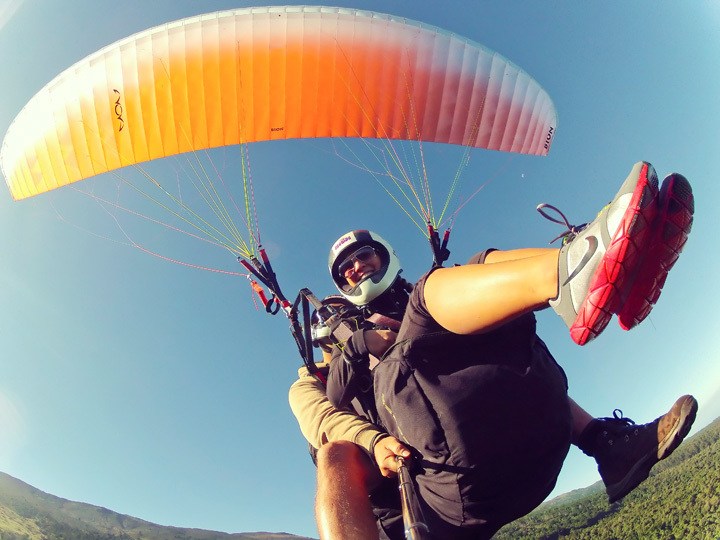 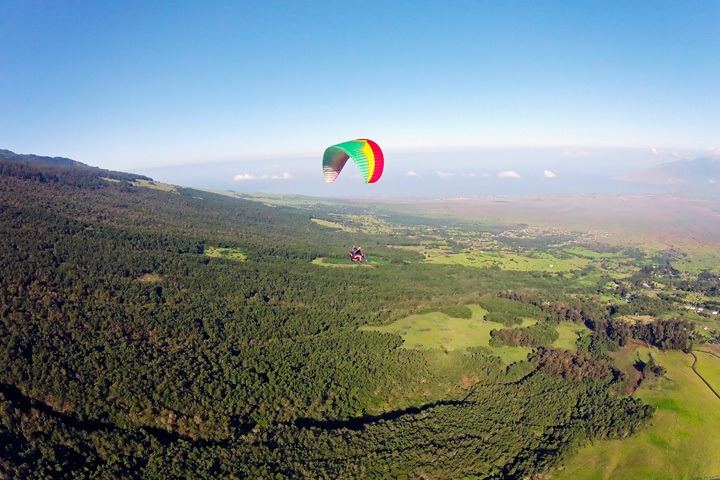 Landing was a comical repeat of our taking off experience. My instructor screaming “run!,” me flailing my floating legs, both of us out of breath from laughter.

Tawny coming in for the gold! 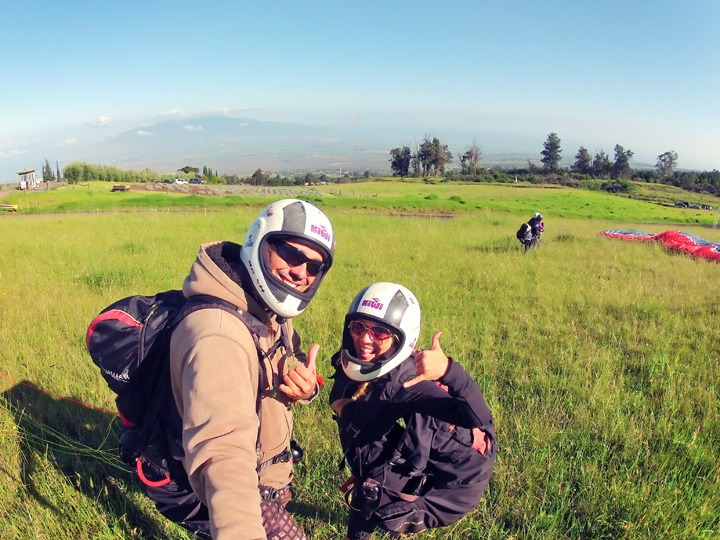 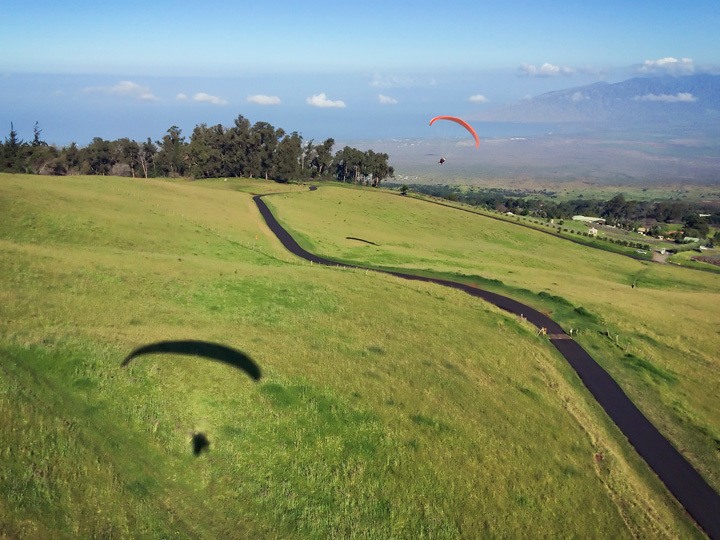 Photos courtesy of Captain and Clark

I cannot more highly recommend conquering Haleakala by paraglide. It was safe, it was fun, and it showed me the best views of Maui I’ve ever seen. But my adventures on the volcano were far from over — the next day, we found yet another creative way to make our way down the mountain. 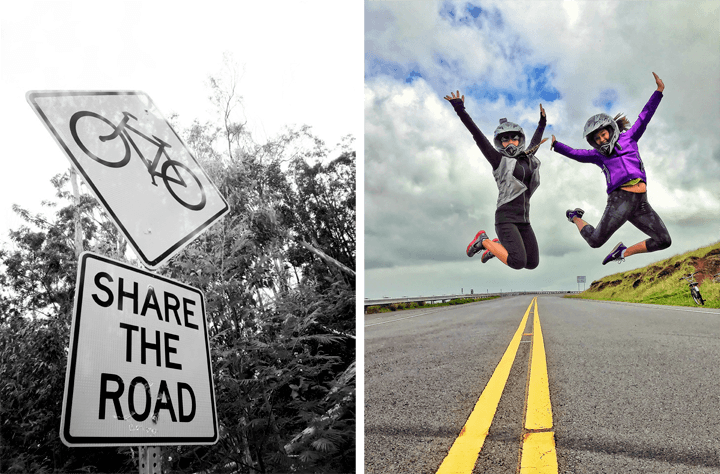 If I can explore a place by two wheels, I am always in. I’ve taken bike tours everywhere from Reykjavik to Bangkok, and so when I had the opportunity to sign on for Maui’s most famous ride, I gave an enthusiastic thumbs up.

Biking down Haleakala can be done a multitude of ways — you can be led by a local expert of dropped off and for a self-guided ride, you can go hardcore or take it slow, and you can wake up in the middle of the night to catch sunrise or you can leave at a normal human hour. We chose a non-insane wake up call, a guided ride, and full speed ahead. 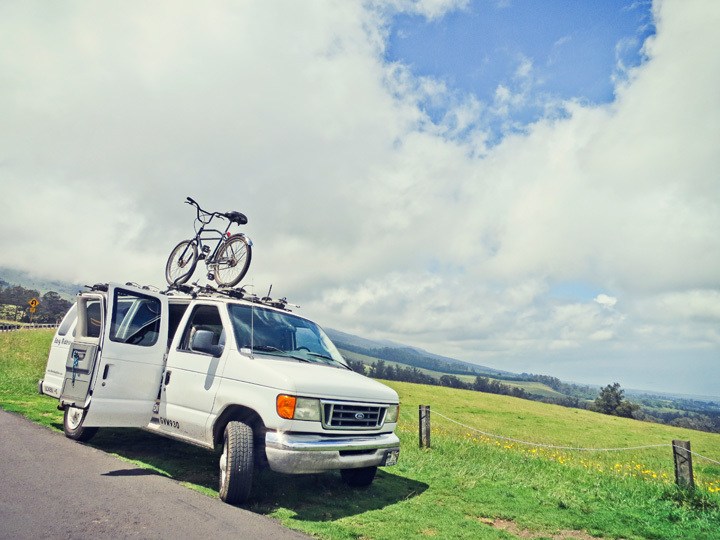 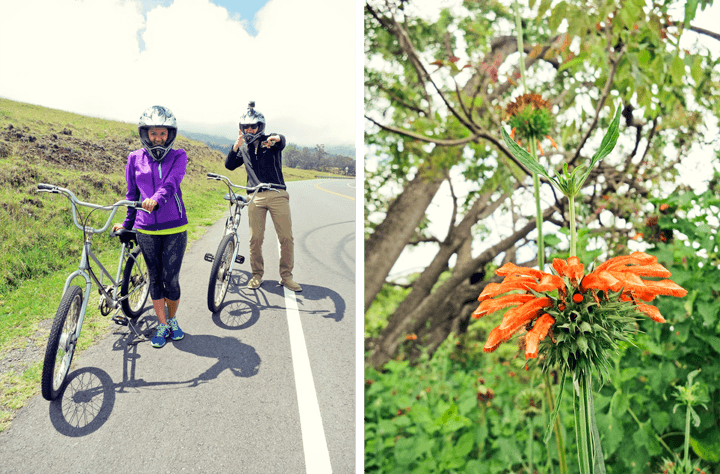 As Maui Easy Riders team Billy and Billy (true story) collected us from Paia Town Beach for the long crawl up the mountain, I warmed to them immediately. They were basically the definition of laid-back island bros and I loved exchanging notes with them on our various travel and adventure experiences. They didn’t bat an eye when I introduced myself as Chris and Tawny’s blogging sister wife (long story), or when I announced that I was basically terrified of going downhill at a speed faster than 5mph.

I got over that fear real quick. 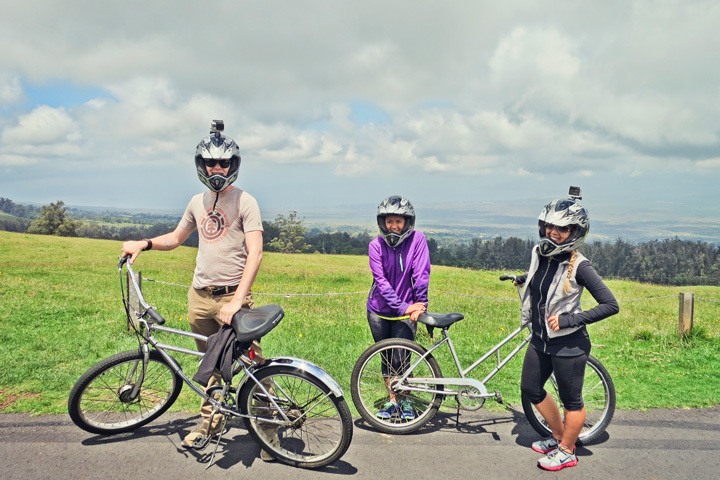 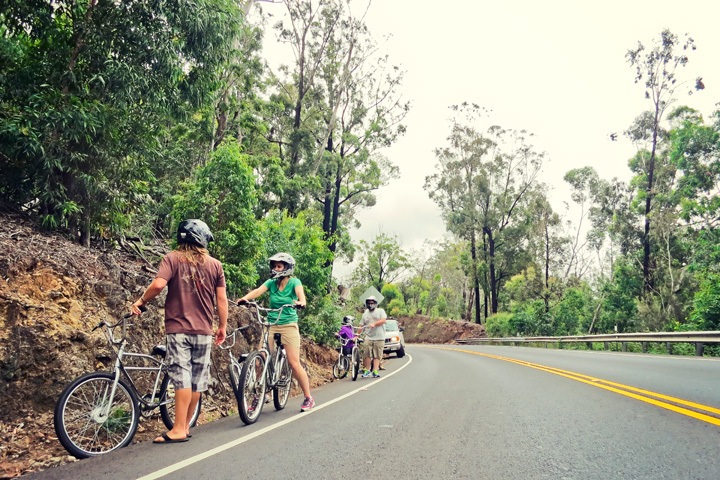 The slightly later departure had the benefit of not just not waking up in the middle of the night, but also the roads being a lot less crowded. So without the fear of cars we whipped down the winding turns at gleeful speeds, stopping occasionally for photos or water.

Eventually we stopped for a spin around the town of Makawao, upcountry’s most adorable wild west movie set. Just kidding. It’s real. Between Makawao and my beloved Paia, I think I can safely declare Upcountry Maui my favorite part of the whole island. And since it’s fairly underrated, I get to have whole lots of it to myself. 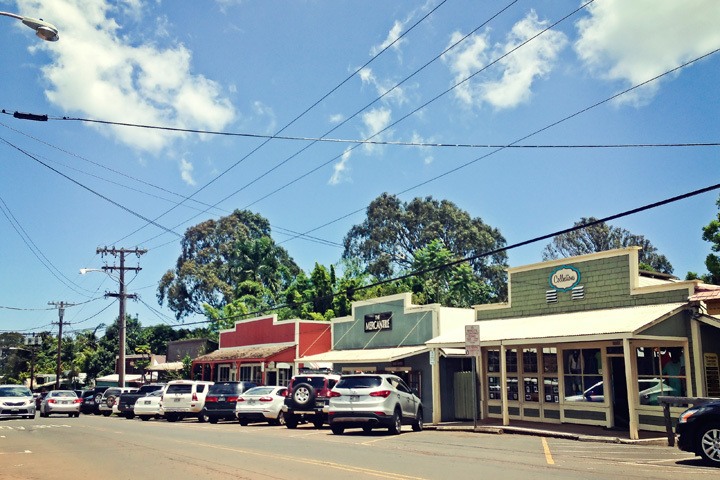 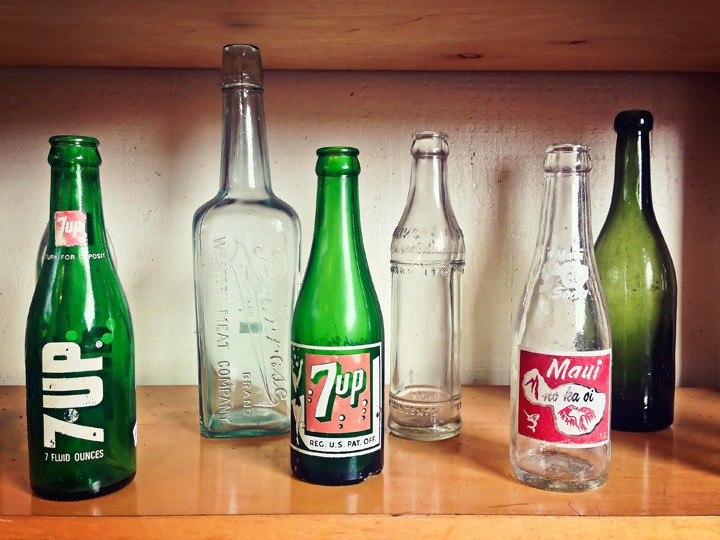 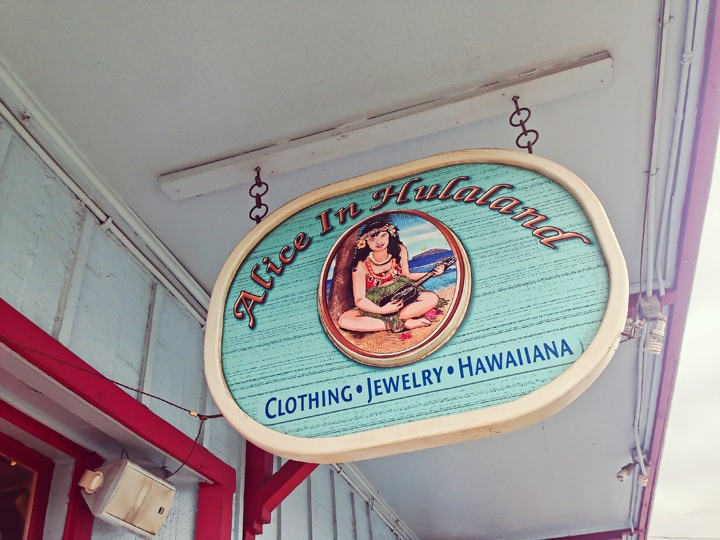 My highlight of the day? Meeting this guy, who was crawling in the road in front of us and was saved from impending tire-smooshing-doom thanks to the keen eye of Billy 1. I strongly considered bringing him home as the ultimate souvenir but the logic of my fellow riders won out and he was returned to his rightful home along the slopes of Haleakala. 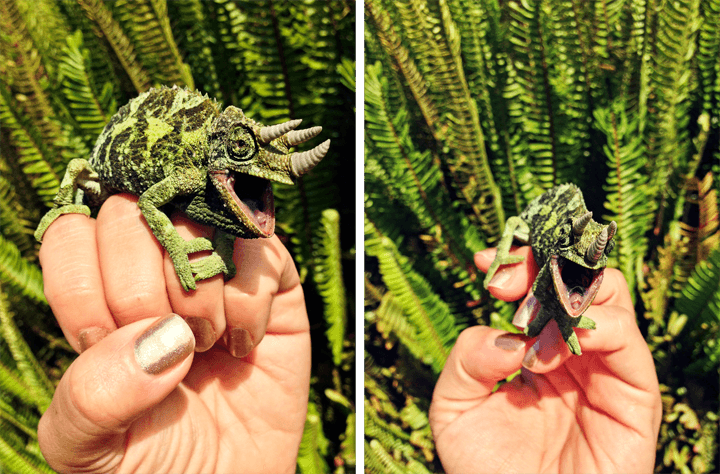 Believe it or not, I actually had a third Haleakala adventure planned — a helictoper ride over the volcano! It was cancelled due to bad weather, which I’m actually not too bummed about because it’s yet another reason to return. But it is a good reminder to book weather-dependent activities early in your trip so you have plenty of time to reschedule if necessary.

Regardless of which method you choose, you’d be missing a big part of Maui if you skip Mount Haleakala — a full 75%, in fact.

Which way would you explore Haleakala — hiking, biking, helicopter riding or paragliding? Or maybe all four?

Many thanks to the Maui Visitors Bureau for hosting me and showing me so much aloha. As always, you receive my honest opinions regardless of who is footing the bill.

The Great Escape: Month 14 and 15 Roundup