Oh my goodness. Sunjam recovery is no joke and lasted more or less the entire day Sunday. There was one outing to find “American breakfast” which ended in obvious failure and something very close to tears. What can I say, pancakes seem to cure a hangover in a way rice and beans just can’t. This is what the concession meal looked like. 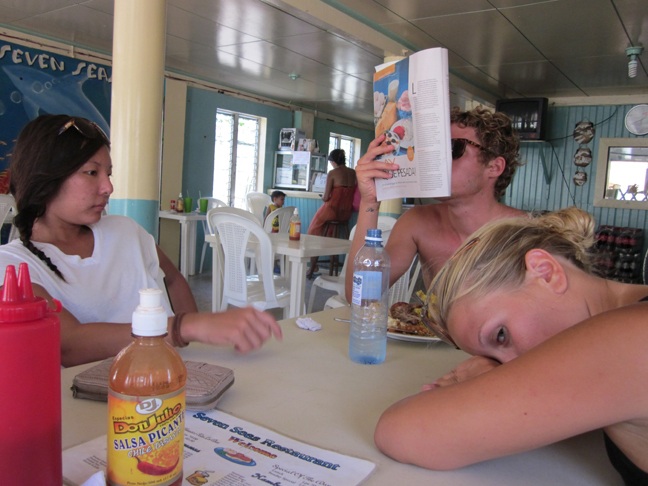 Other than that fun filled excursion the day was spent trying to catch up on sleep, something that is surprisingly difficult to do in the blazing heat of day with nothing but a plastic fan to try to keep the body temperature below boiling. Before we knew it it was Monday morning and time to get off Utila to catch our flights! It was a very delayed boat ride and when we got off the girls were in quite the rush to get their cab but we still snagged this one goodbye photo first! 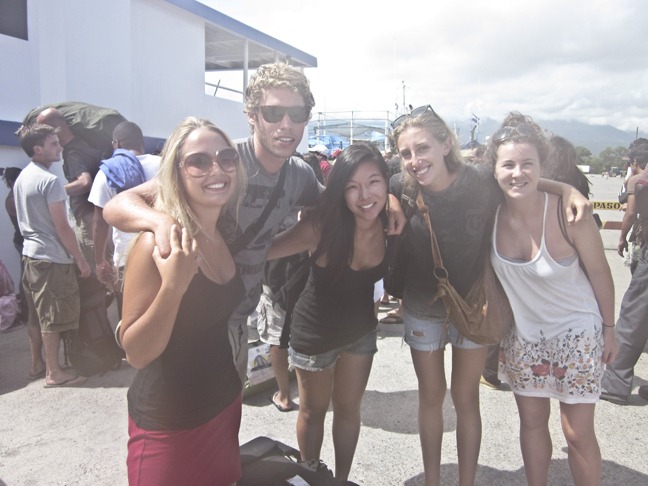 Mark and I still had plenty of time to kill however so we headed to La Ceiba town to check out a park and send some postcards. Lonely Planet hailed this particular patch of grass as “the prettiest city park in all of Honduras” so how could we not check that out? Interestingly, it was a gift from The Standard Fruit Company (Dole) to Honduras, I suppose as a show of gratitude. Did you know the term Banana Republic was first coined in reference to Honduras? I started to do some reading into the history of the banana industry in Central America and it left me with some mixed feelings. 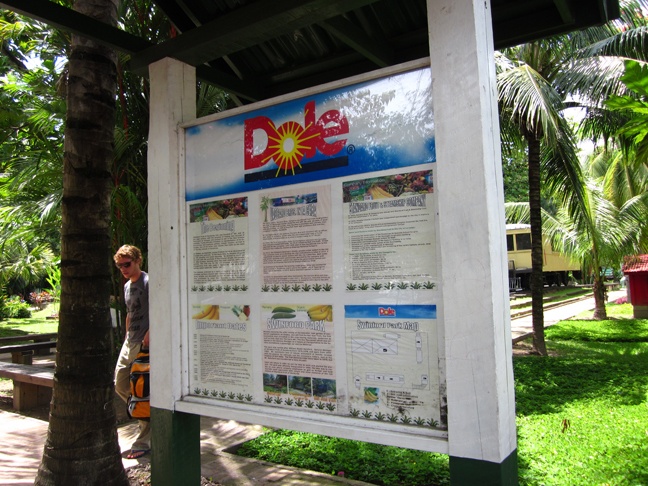 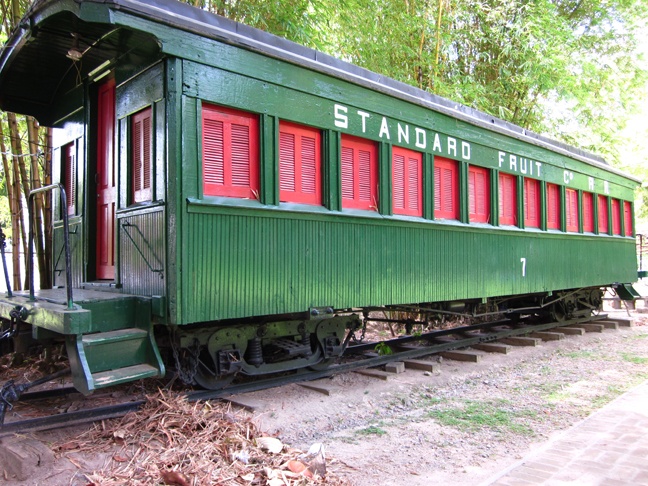 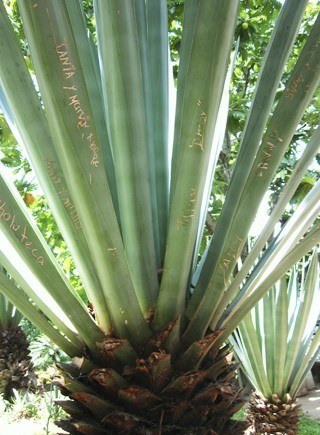 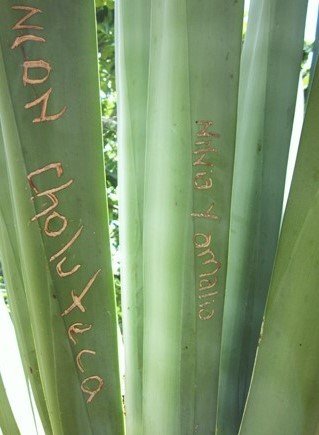 I loved the local graffiti! The park was small and buggy but definitely worth a stop. After a swing by the post office we were on our way to the airport, where thankfully we arrived early considering the x-ray machine was either broken or non-existent since they unpacked and hand searched the luggage of each and every flight passenger! Lets hope the TSA doesn’t adopt this policy anytime soon.

And with that we were off, back to Cayman. It might sound silly as we were gone two full weeks, but the trip went by in a flash! Now that we are spoiled with super long stays, two weeks barely feels like enough anymore. I guess I can rule out corporate America for a career path.

And then we were on our way. Suddenly on the plane back to Grand Cayman it hit me. I had ten days left on the island. Ten days to pack up my life, help Mark pack up all of his stuff, move out of our house, sell the motorcycle, oh and did I mention that my beloved cousin Kirsten and her husband Adrian were going to be there as well to visit us? And that Mark had decided to put in his two weeks notice and take a new job in the Bahamas? Yup.

So I’ve got heaps more posts coming up about leaving the island, moving, and our last ten days of adventures featuring our last (but certainly not least) visitors in the Cayman Islands: 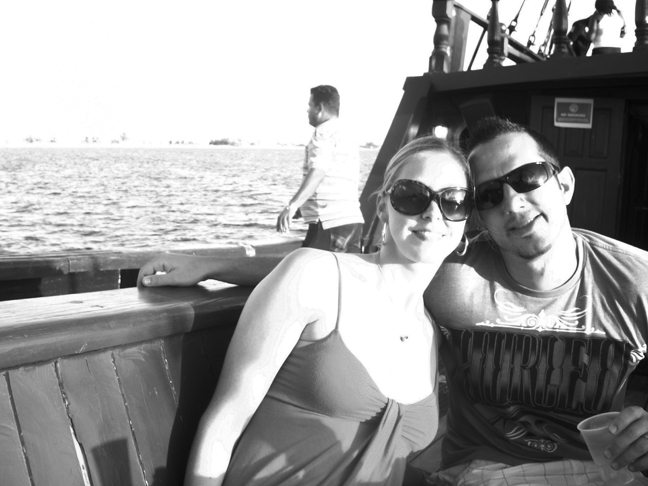 Until next time, Central America. I’ll miss you.