If it were any other white sand beach, any other all-inclusive, and other palm-fringed island, I could have stayed within the confines of our resort for three days quite contentedly. But we were in Aruba. And there was one thing I just couldn’t leave Aruba without doing.

What could possibly pull us away from our rigorous routine of relaxing and recharging? Signing up for a SUP yoga class at Island Yoga, home base of Instagram star and New York Times bestseller Rachel Brathen — also known as Yoga Girl. 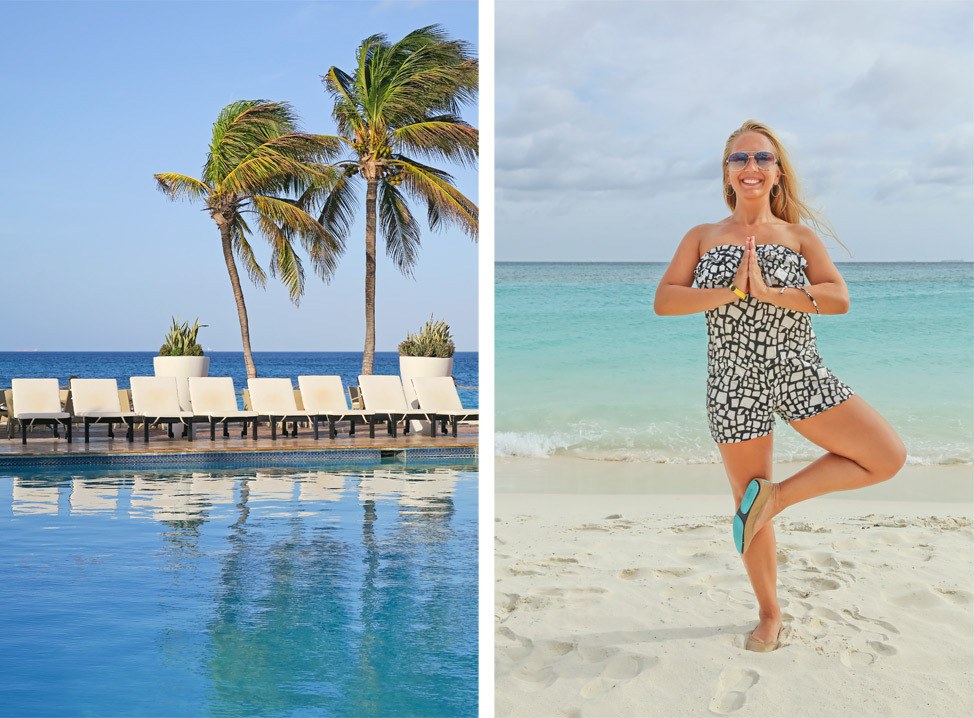 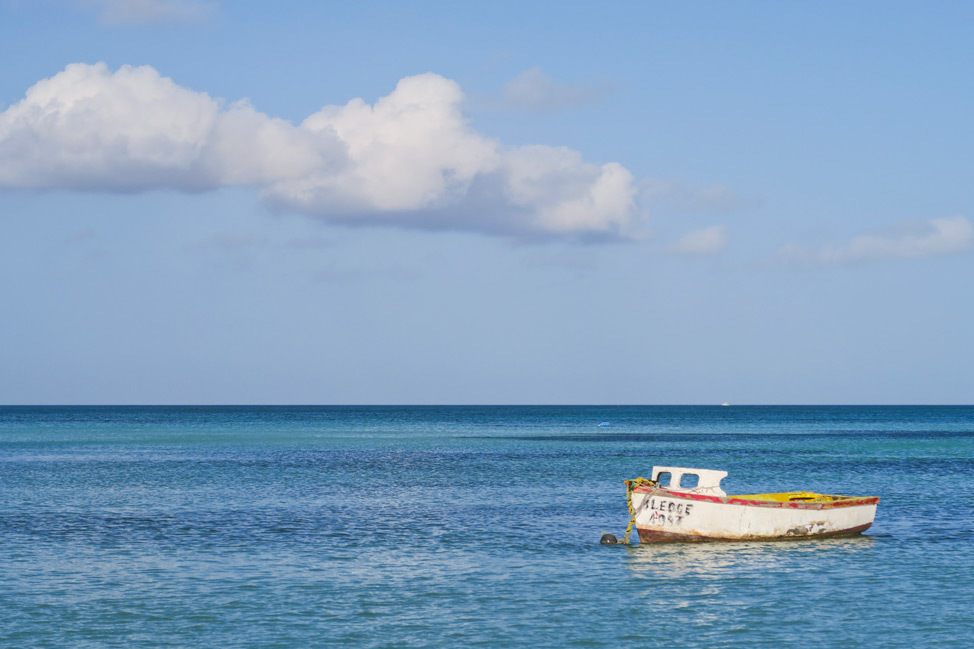 Angie and Steph had yet to catch wind of the Yoga Girl phenomenon, which Kristin and I were more than willing to fill them in on. I love Instagram and enjoy using it to keep up with the day-to-day lives of personal friends and family, to get inspired by artists I admire and to follow along on my fellow traveler’s journeys. I don’t really follow any of the big “Instagram celebrity” accounts — or celebrity Instagram accounts, for that matter — but Yoga Girl is one exception.

What can I say? I feel a kinship with this down-to-earth chick who loves yoga, travel, and animals — she and her husband are actively involved in the Aruban rescue organization they founded — and spends most of her time on a remote island paradise. I mean when you really break it down, the only difference between us is 1.5 million Instagram followers! Well, that and a baby pet goat (but I’m working on it.)

I was pretty pumped when I learned Rachel was actually on the island — her crazy travel schedule means she’s often on the go — and there was a possibility she might personally lead our class.  Alas, when we arrived we were introduced to one of the Island Yoga staff instructors, Rose — who was absolutely lovely. We were also signed in by Rachel’s husband Dennis, with whom we chatted about our mutual love for Bonaire. While a personal assistant buzzing around reminded us that this was no ordinary SUP yoga class, I loved that the couple is still relatively hands-on in their original business, even when their social media followings have taken off to a level that could allow them to drop everything else. 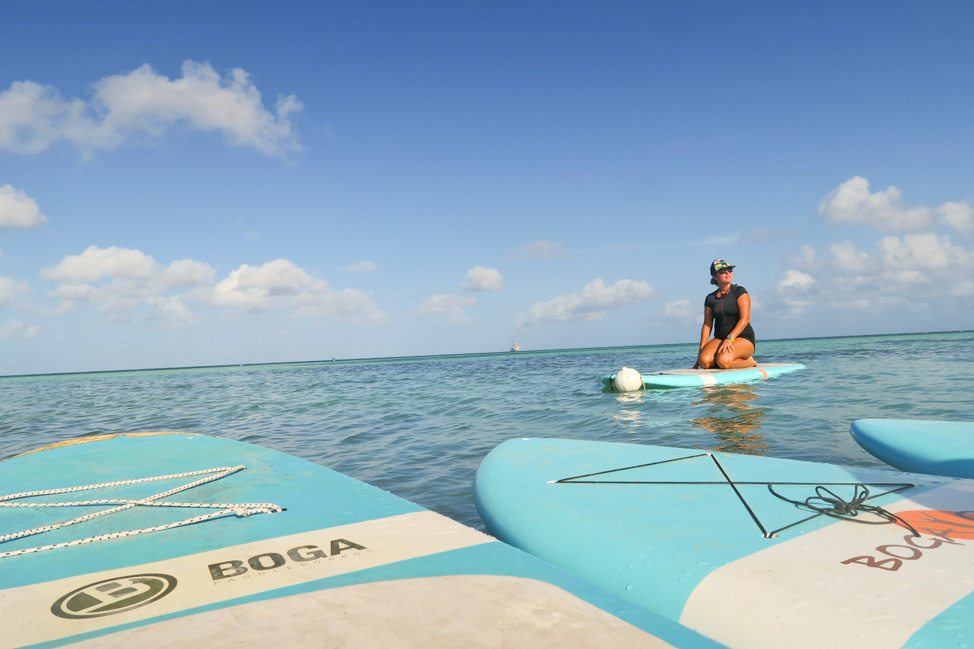 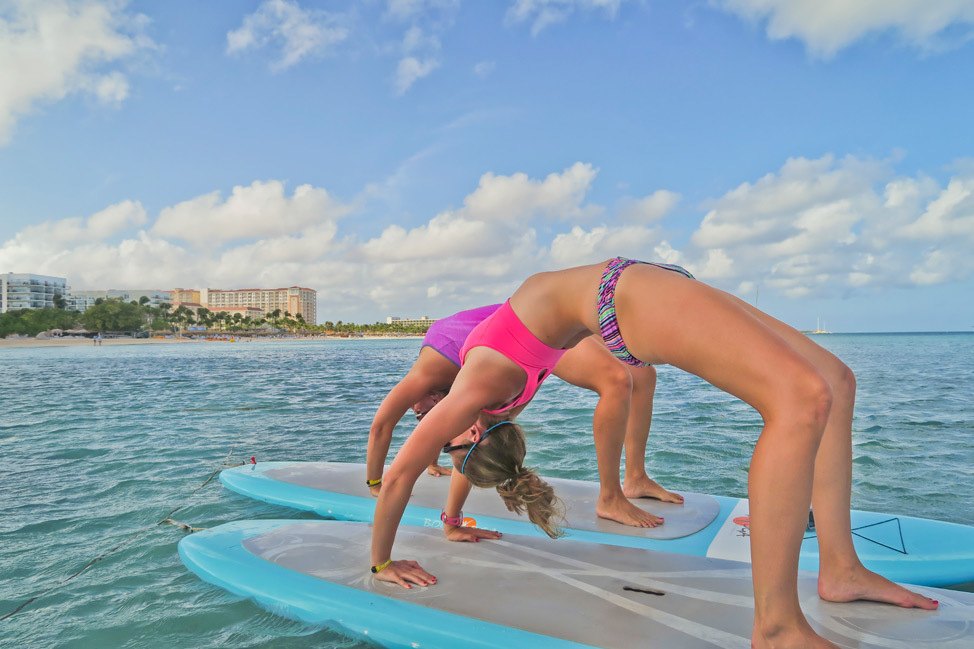 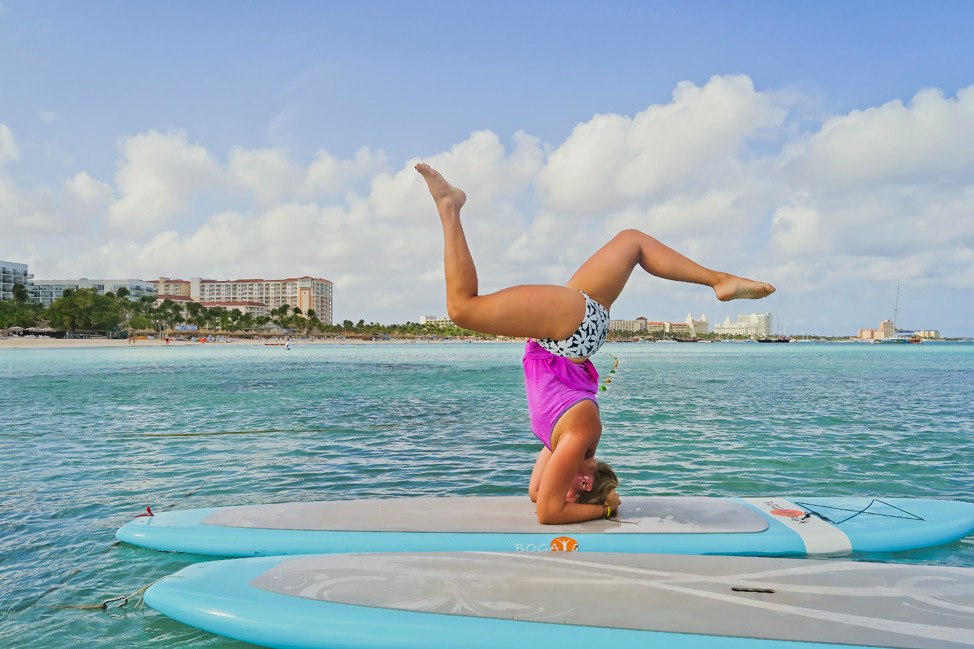 At $50 per person, the Island Yoga class is the priciest I’ve ever taken, though sessions in the equally expensive islands of Martha’s Vineyard and Bermuda came close (classes in Tampa and Cusco now seem like a bargain in comparison.) Nope, SUP yoga is not a cheap hobby. That said, classes are still relatively rare around the world — I’m obsessed and I’ve managed just five so far! — and so I consider it a worthy investment to take one anytime I see one offered that aligns with my schedule.

I was shocked when Rose asked for brief introductions and several in our class revealed they’d never done yoga nor been on a paddleboard — seems like an interesting combo to try both for the first time, together — which may have accounted for the fact that our class was a tad more beginner oriented than I expected. That said, one of the things I love about SUP yoga is that it takes poses that you think you’ve totally nailed on solid ground and makes them new and challenging all over again. (Which, contrary to what Kristin believes, in my mind does not include headstands. Her casual claims that inversions are a breeze leave me laughing — y’all, I’ve been working on headstands on dry land for over a year and have yet to nail one! Don’t despair if savasana is the only part of a class that doesn’t threaten to dunk you in the water.) 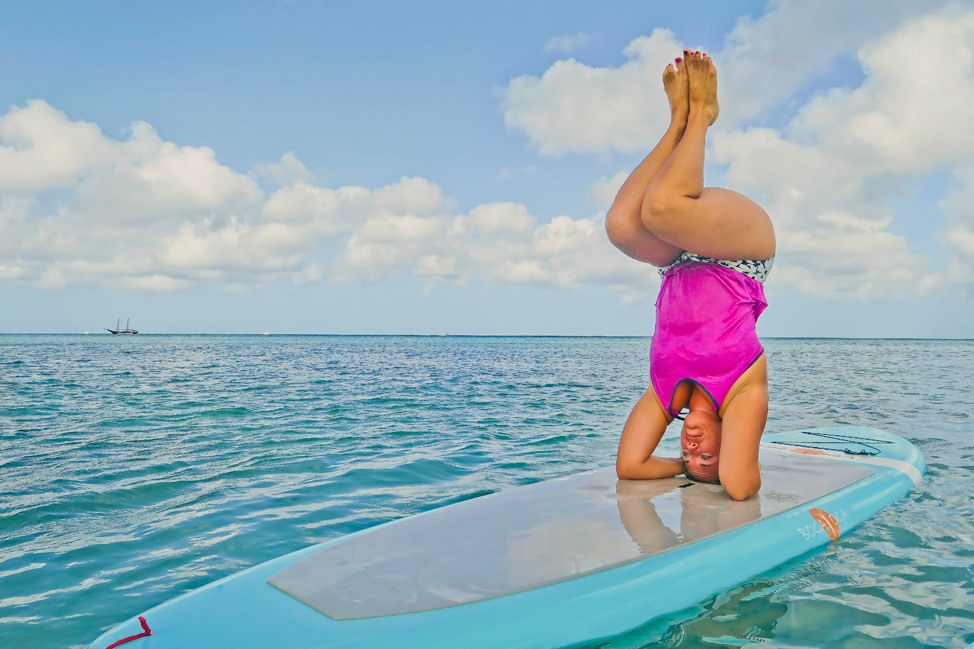 super impressed with my acrobatic pal

While there was another class starting soon after ours, we did sneak a little time to play around and take pictures after the last sun salutation. This was one of my favorite parts and reminded me that I don’t need to wait until someone is offering a structured class to practice SUP yoga — I can rent a board and give it a go anywhere. 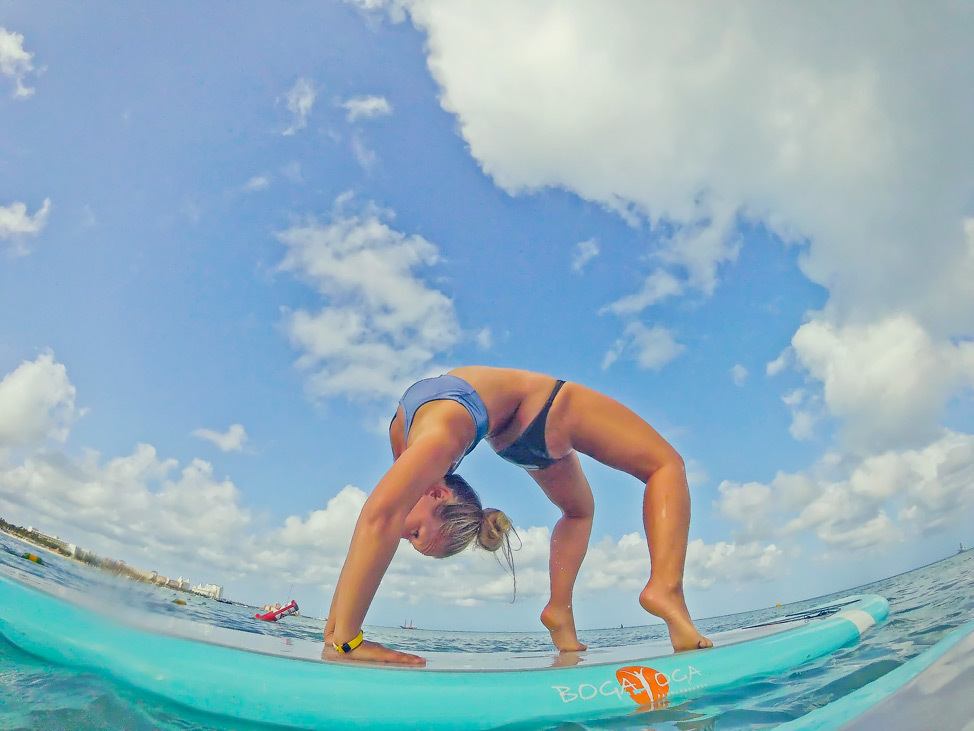 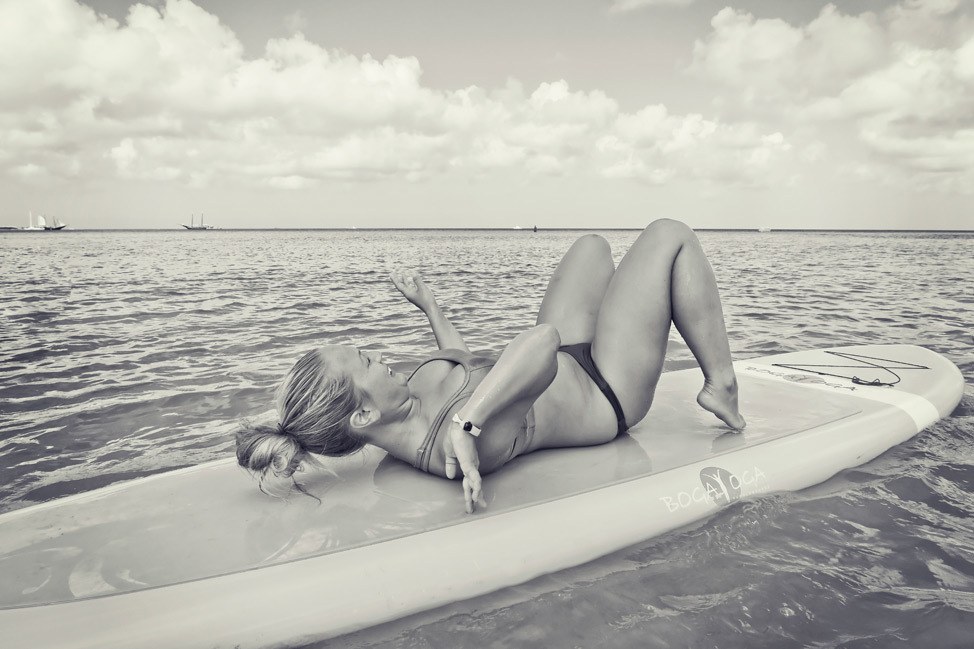 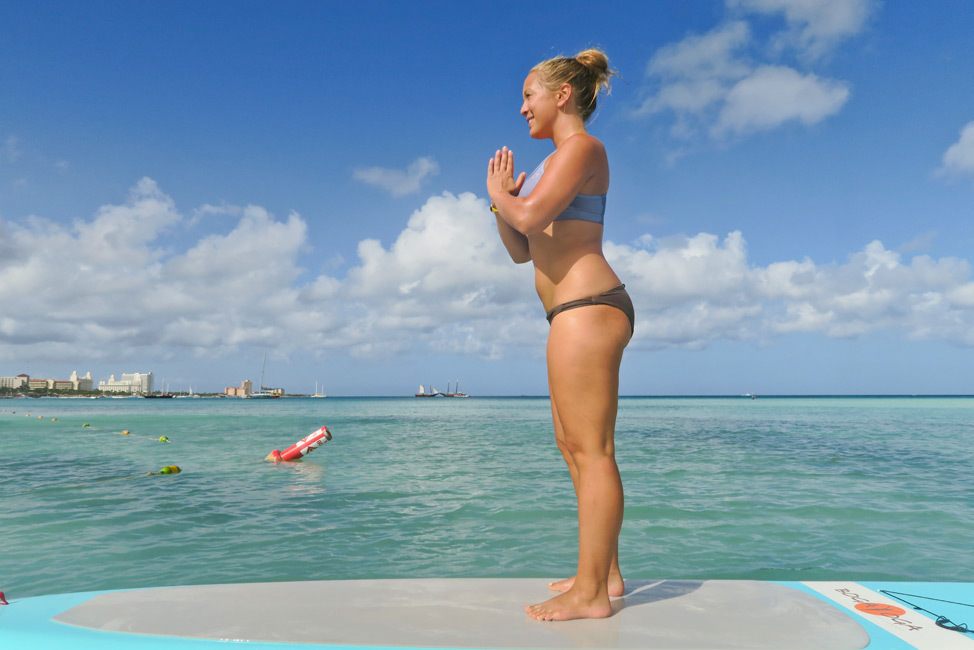 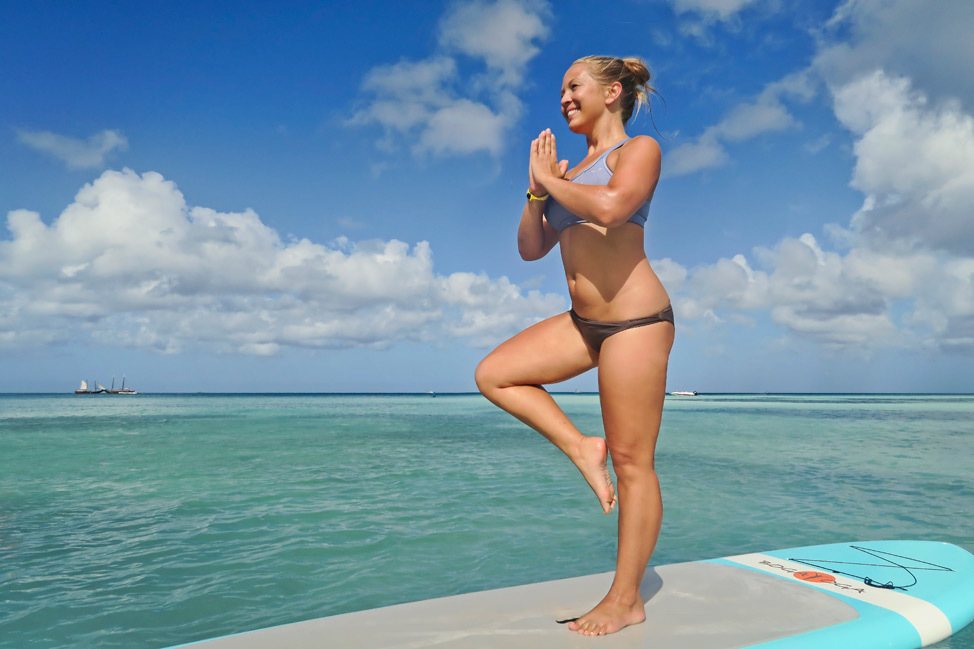 Two things to note — while I’m all about the power hour when it comes to traditional yoga class times, I do think SUP yoga needs to be a solid ninety minutes at minimum as it takes so long to set up. While our boards were anchored before our arrival, it still took some time to get settled.

Also, this class featured a board anchoring system I haven’t seen before — they were strung together on a line. From the teacher’s perspective, I can see how this is an easy way to set up the class and it keeps students close (and from following the Island Yoga instagram account, I know it makes for great photos). But from a student’s perspective, we were super close together and I felt like I took less risks throughout the class as I was really nervous of falling over and crashing not into the water but into my fellow yogis. While it definitely involves a more arduous set up, I prefer the individual anchoring system more (or, in some cases, the no-anchor system where the class free-drifts together). 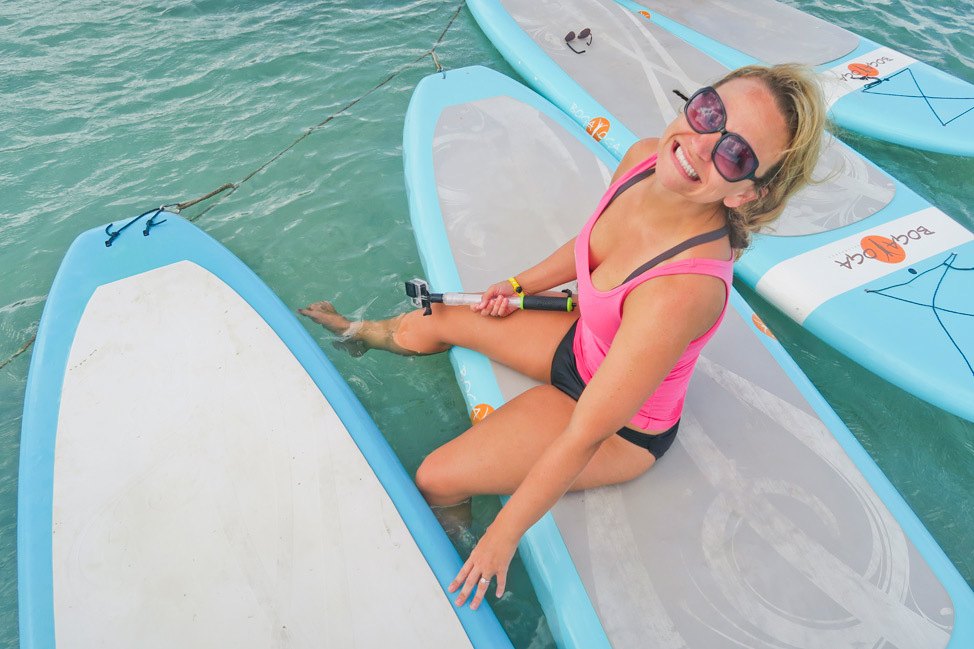 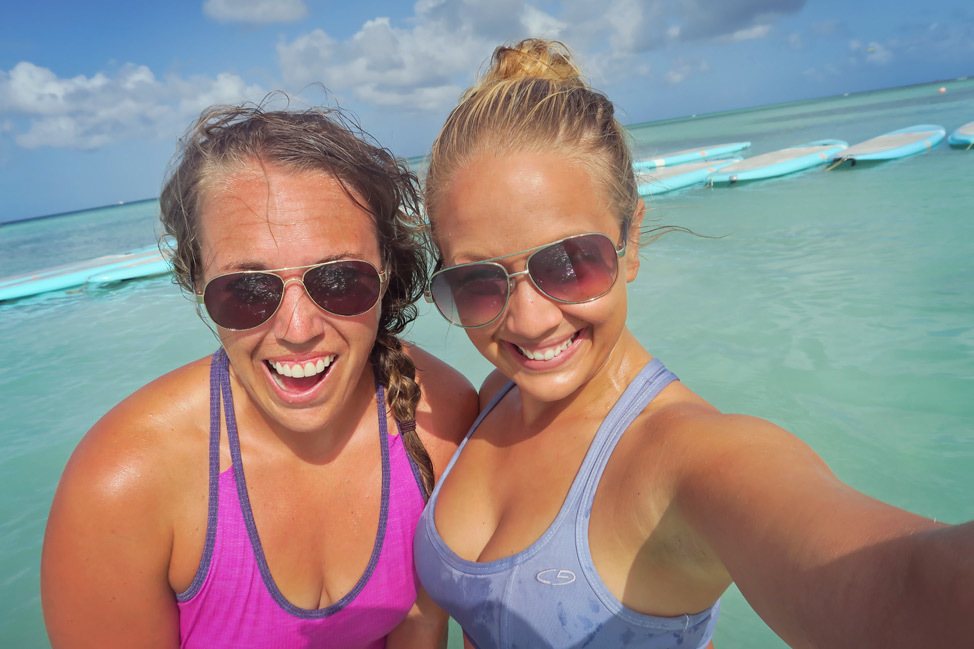 But overall? I absolutely loved another chance to practice SUP yoga in paradise! And I can’t lie, it was a blast to fan-girl out with Kristin. What’s not to love about someone who inspires others to move, stretch, and heal? Rachel and Dennis have recently announced the launch of their own yoga studio — yet another reason to return.

Aruba was a blast — and I’m glad Island Yoga was a part of it. 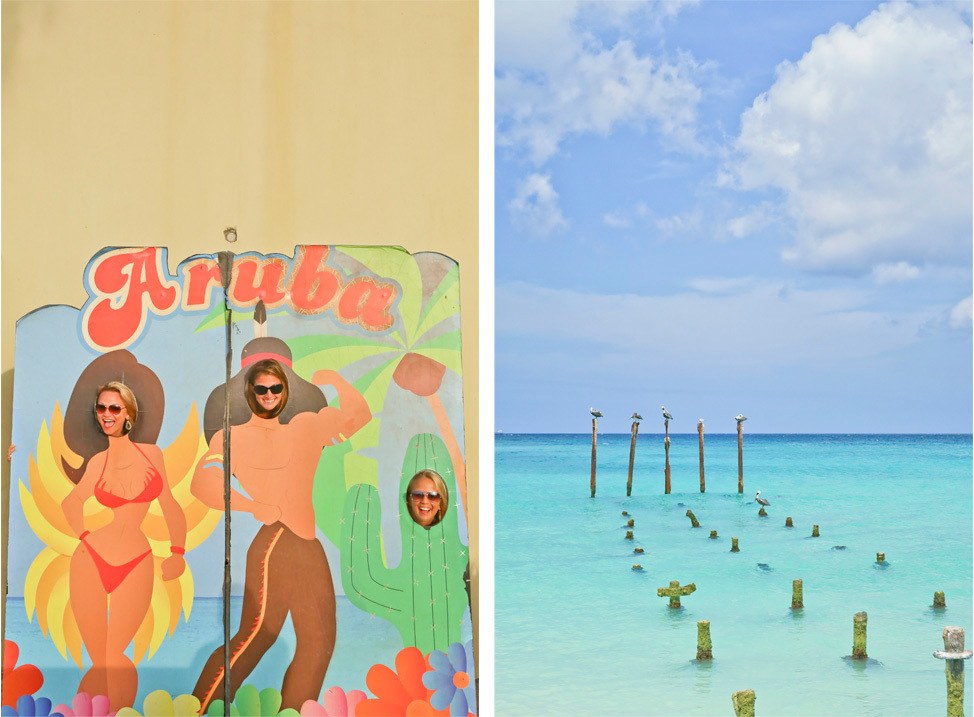 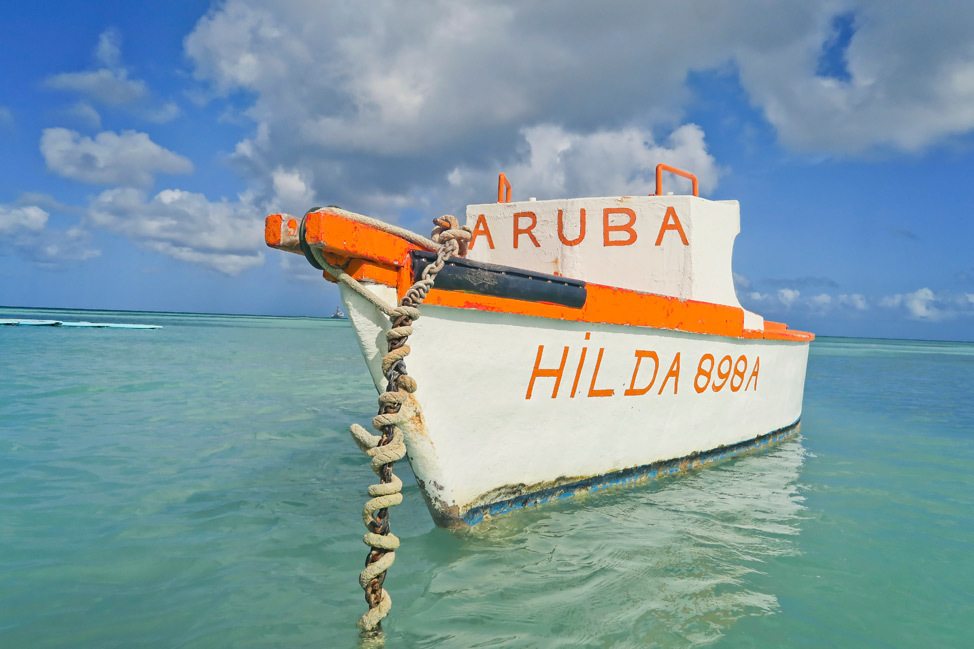 Have you ever taken a celebrity yoga or fitness class?
What’s your favorite way to stay active on the road?

Kicking the Can: How I Broke My Addiction to Diet Coke

What Matters Most is How Well You Walk Through the Fire The Wanderland Guide to Travel Planning: Finding Transportation, Entertainment, Activities and More
49 Comments...