Cancun, Ibiza, Myrtle Beach… They all have something in common. When you visit those places, you can do absolutely nothing but relax and party and no one will judge you for a second because that’s what you went there to do. But when you go to a place like Vietnam, you are kind of saddled with the obligation to have a total identity crisis (as an American, anyway), view endless temples and pagodas, and post at least 7 status updates on Facebook about how amazing pho noodles purchased from a street corner stall are.

Not on the Nha Trang party boat. 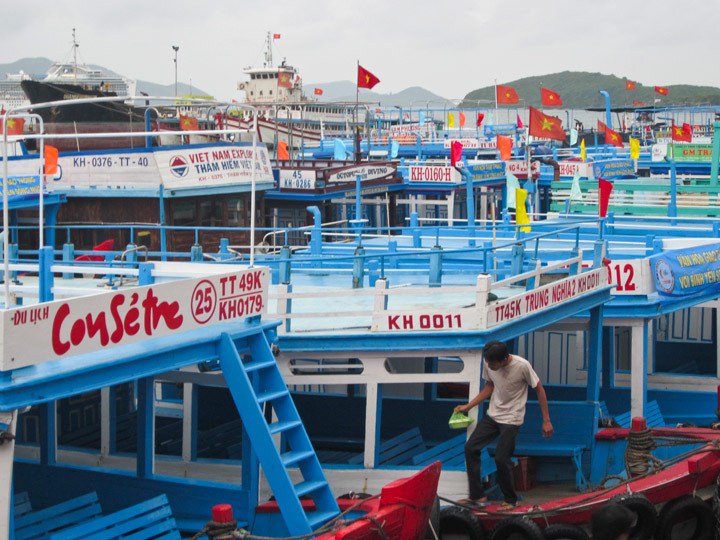 The Nha Trang boat trip is an infamous 4-island visiting booze cruise patronized by backpackers, Vietnamese families, and other Asian tourists. It’s a day of guilt-free day-time drinking, silly fun, and frat boy antics. Rare is the Lonely Planet-toting traveler who makes it through Nha Trang without rising at dawn to spend the day sailing the seas and downing the drinks. 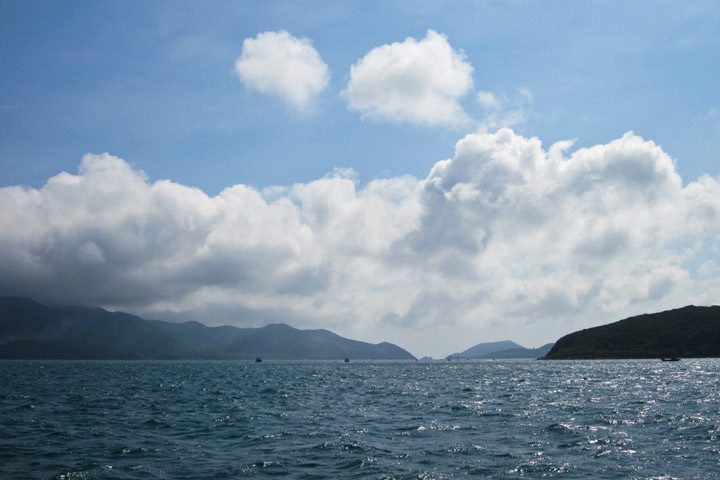 Starting a party boat trip/ booze cruise at 8:30am just seems really counter-intuitive though. I mean, the kind of people that would entertain the idea of heavy drinking before noon are not really the type to wake up before 9am, right? Apparently I was alone in this line of thought because each of the numerous boats pulling out of the harbor on the same trip left in tandem. 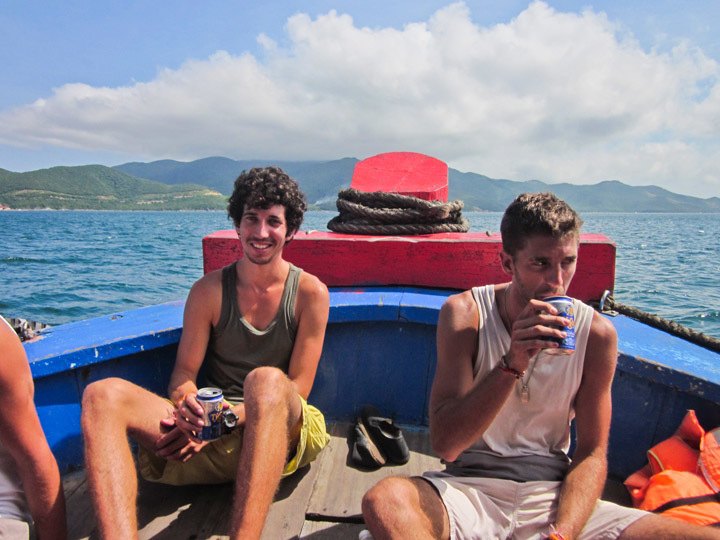 Our first stop was at the pirate-boat-shaped  Tri Nguyen Aquarium on Hon Mieu Island. The entrance fees weren’t included in the tour price (which was a paltry 130,000 Vietnamese Dong, or $6.50 USD) so most passengers chose to stay on the boat rather than fork over the $2. In their defense, that is like, at least three Tiger beers. 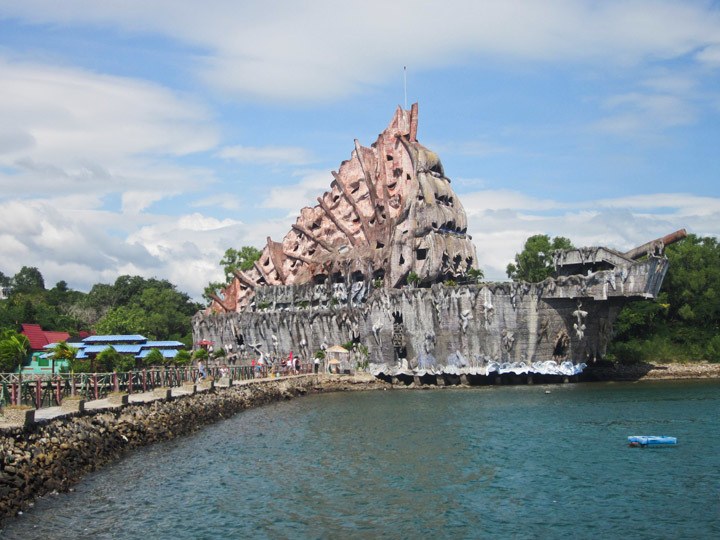 But obviously Mark and I don’t turn down any possible opportunity to look at marine life, especially when they come in the form of giant lionfish statues. 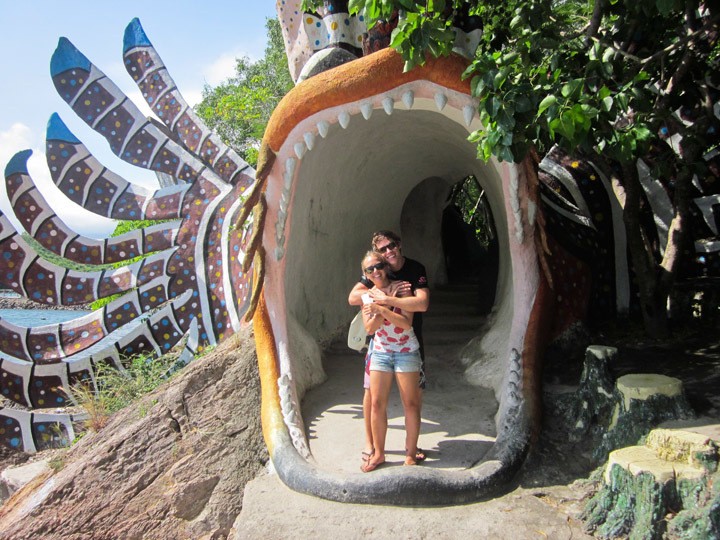 The aquarium itself was bizarre. Whoever built this thing seemed to have lost interest part way through. The exterior and interior were weird and intricate and amazing- but I can’t say the same for what was inside the tanks. 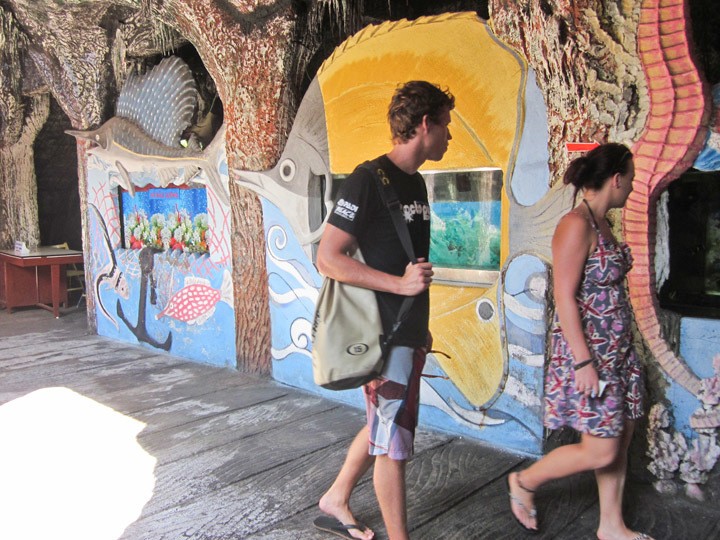 There were no rare or interesting species, and the fish and other sea life that was there seemed to be in fairly poor conditions.  The actual tanks were the kind of big glass rectangles you would buy at a pet store, with photos of coral taped up behind. It would be pretty hilarious if I didn’t feel bad for the animals.

Okay, it was still kind of a little funny. 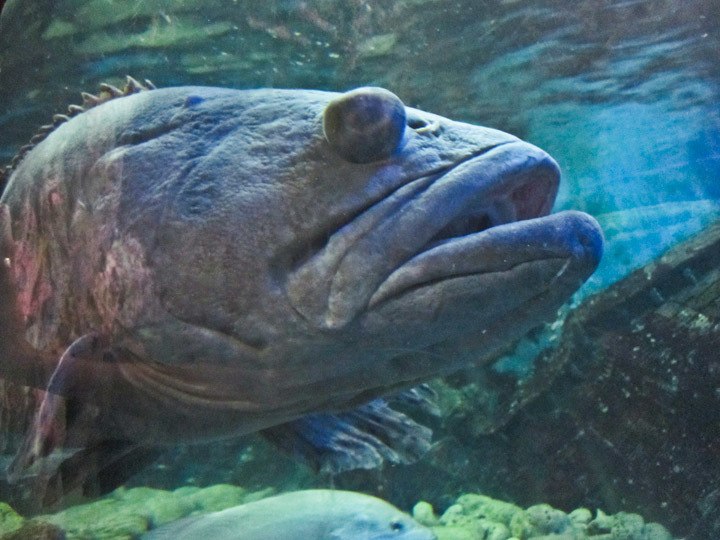 But we all know what the real point of aquariums is, right? It’s putting giant statues outside the building of things that would never survive under the conditions within. 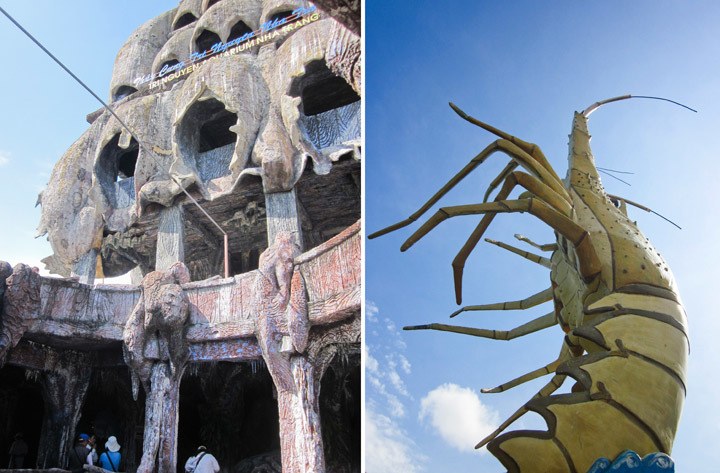 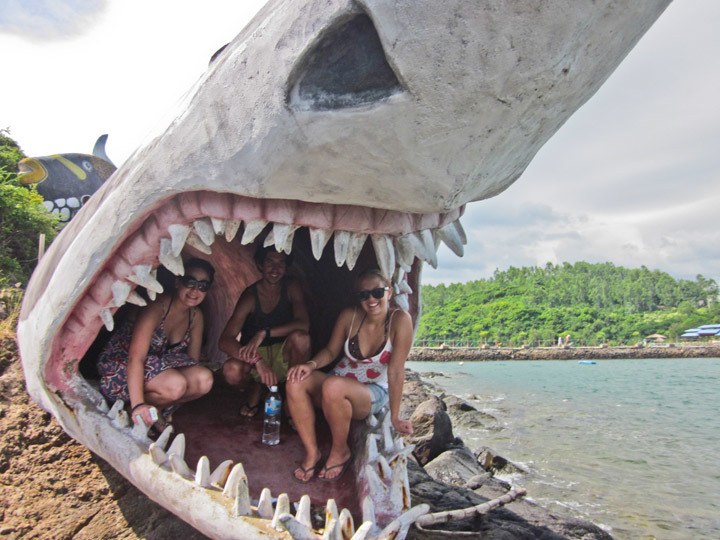 The other redeeming factor was the view from the top of the aquarium/pirate boat sail. Definitely worth the $2, though I will warn you that it involves fairly unpleasant physical exertion to climb the stairs. 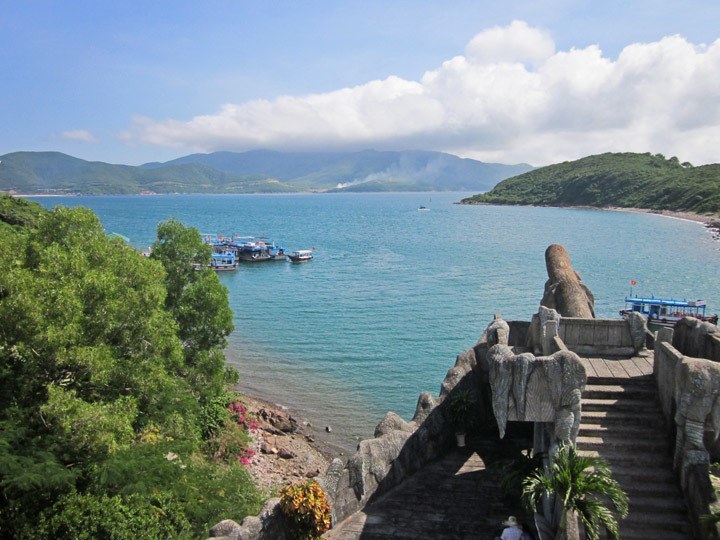 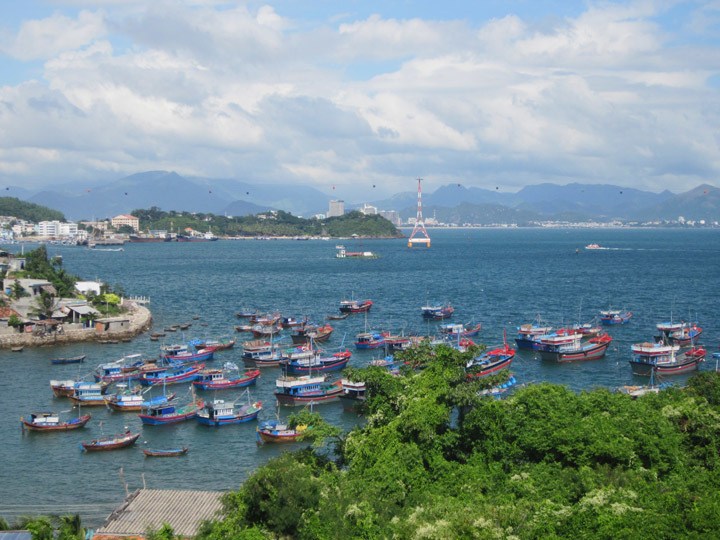 Our second stop was to snorkel on a crowded reef that appeared to be mostly dead, though Mark was able to spot a few pipefish. Those that weren’t up for snorkeling floated in inner tubes and jumped off the top deck. 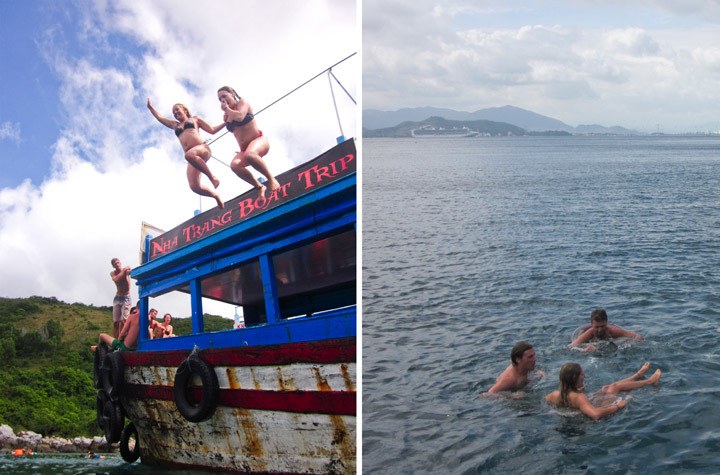 Next up was a delicious and bountiful buffet lunch, followed by one of the most hilarious and bizarre performances I have ever had the good fortune to see. 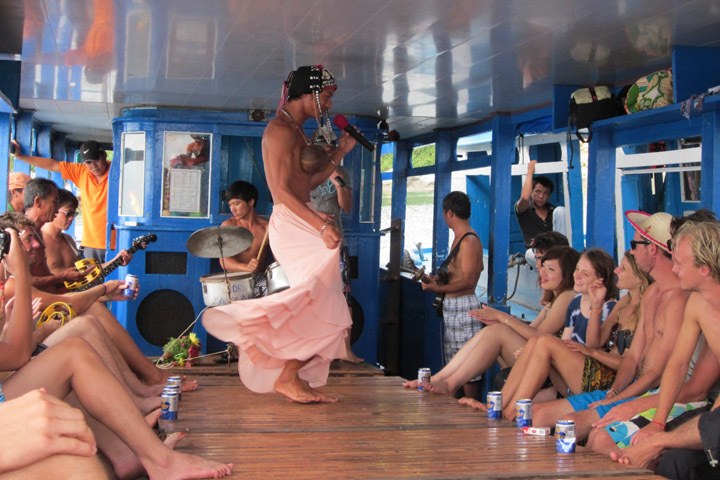 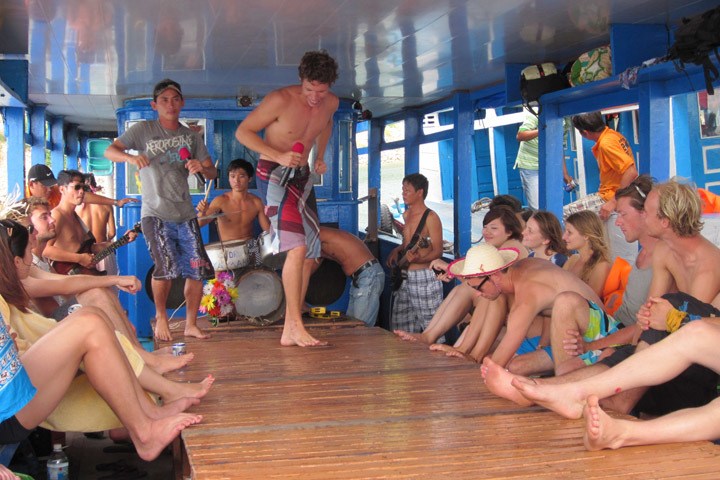 You’re going to have to see it to believe it. Note: Several alcoholic drinks were harmed in the making of this video.

What happened next was absolutely amazing. Two Kiwis were on the boat celebrating a birthday, and somehow they ended up on stage performing the Haka, a traditional Maori war dance. Somehow, probably relating to the fact that I avoid watching sports like I avoid elective surgery, I had never seen this dance most famously performed by the New Zeland rugby team. It sent chills up my spine to see and left me with wondering when I could start planning a trip to the Pacific…

After all that “island” nonsense, it was time to get down to business. Booze cruise business. 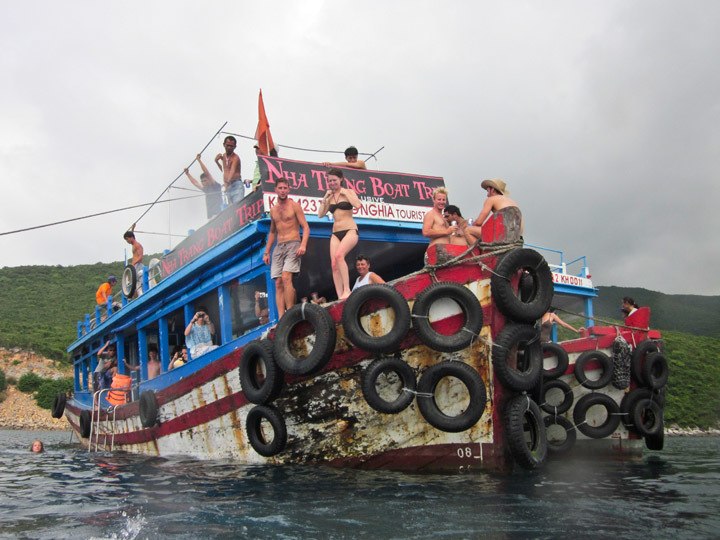 The weather had turned on us but we didn’t let overcast skies and the frigid South China Sea stop us from enjoying the highlight of the day: the floating bar. 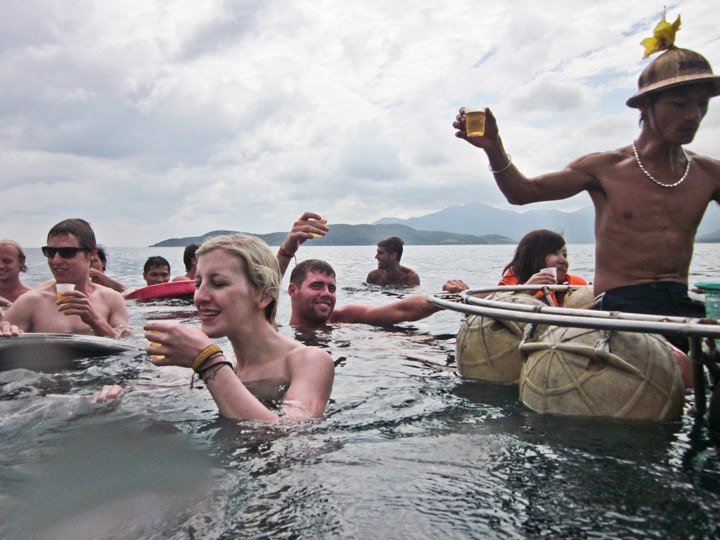 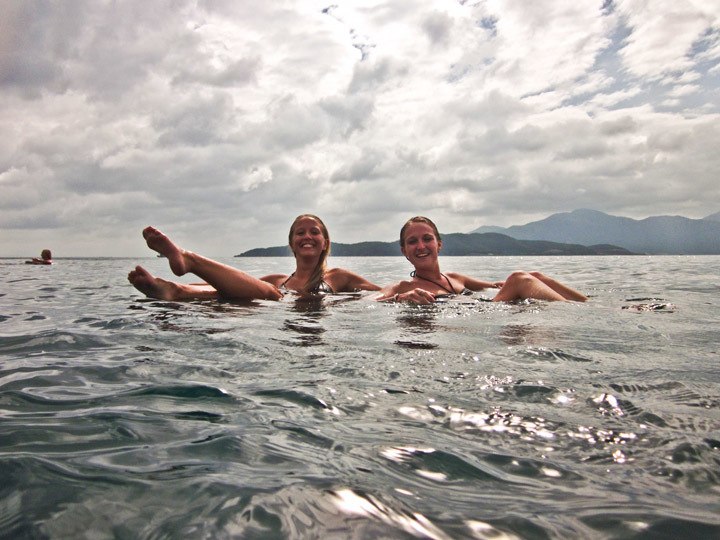 The boat’s final stop for the day was a mediocre beach with a $1.50 entrance fee. Rather than paying to lie on the sand I took a snooze on the top deck. It’s funny- we went to a mediocre aquarium, a crappy snorkel stop, a freezing floating bar, and an ugly beach. And we had the time of our lives. How? Well, frankly, there a was a lot of alcohol. But also, the people- both guests and staff- were just so much fun. 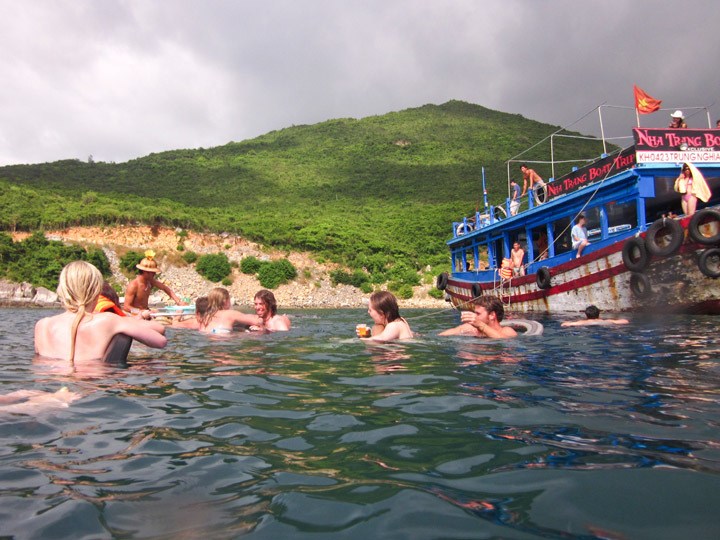 And the party didn’t stop when the boat rolled in- we spent the whole night out on the town with our new friends. We had things to celebrate, after all. Like not waking up the next morning at 7am. 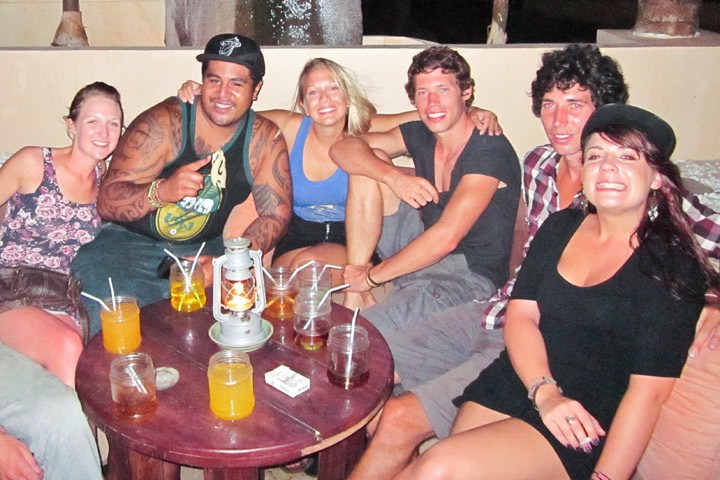 Are you heading to Nha Trang sometime soon? Read these tips:

1. Make sure you get on the right boat! Some tours in Nha Trang are actual snorkeling-geared trips, while others are full on booze cruises. There was one girl on our trip who clearly thought she was going to be on the former and spent the day looking miserable.

2. If you plan to do any snorkeling, bring your own mask and snorkel. The ones the boat provided were unusable and everyone ended up passing around the ones Mark and I brought.

3. Bring small change to buy drinks, get into the aquarium or beach if you wish, and tip the staff. Those guys must do this same trip nearly every day but they made us feel like they were having as much fun as we were.

Have you ever been on a party boat like this? Or spent a travel day indulging in something silly and fun? Confess, booze cruisers!

Photo of the Week 30 Playing with Mud at the Thap Ba Hot Springs
27 Comments...