When I think of Cambodia, a few things come to mind. The ancient temples of Angkor, the horrifying Khmer Rouge history revealed at the Tuol Sleng Museum, the resilient and kind people, the beautiful virgin islands off the coast, the mighty Tonle Sap river, and of course…. Oktoberfest, baby. 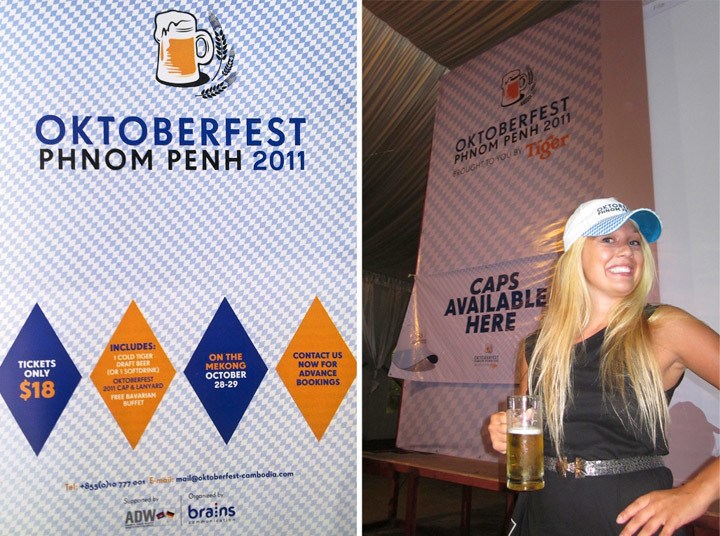 So, some of you may have lifetime aspirations of attending that “other” Oktoberfest, in… Germany, is it? But rest assured, there’s nothing like Oktoberfest Phnom Penh. Which is why Mark and I found ourselves on the last weekend in October heading to a giant beer tent on Koh Pich. 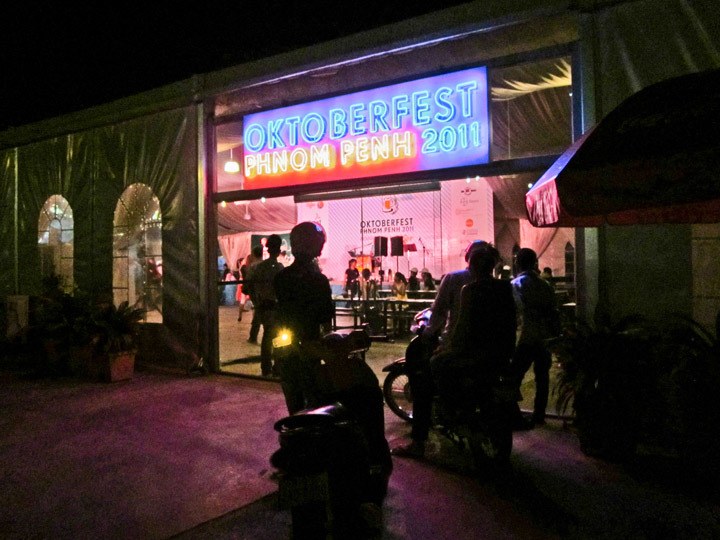 Truthfully, I had no idea what to expect when we set out for the night with our new friends and owners of the Mad Monkey. When we entered the tent we were met by a mixed crowd of jolly expats, well-to-do Khmers, and an imported set of Munich entertainers. 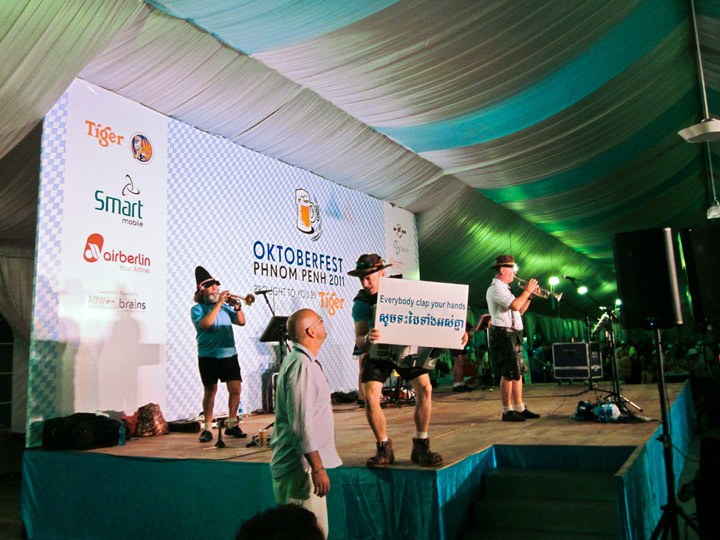 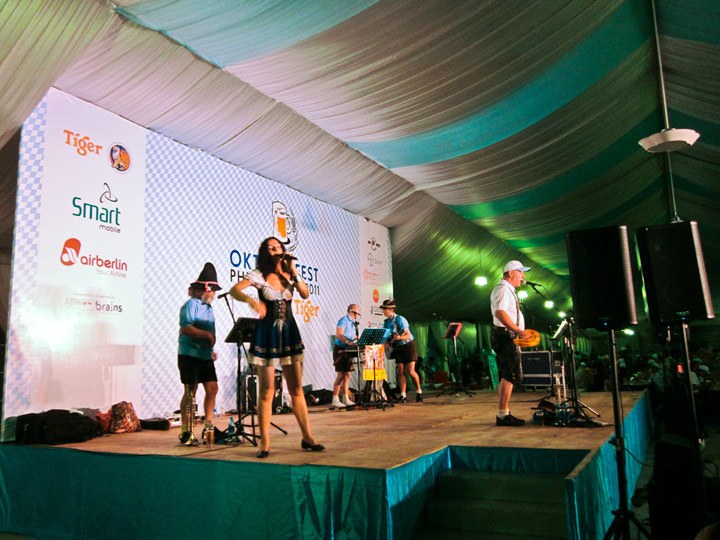 While we cashed in our free Tiger beer and in my case, soft drink tickets we cracked up at the accent of the main emcee who continually rallied the troops with cries of, “Iz not zleeping time, iz TIGER TIME!” I wonder who could possible have been sponsoring the event? 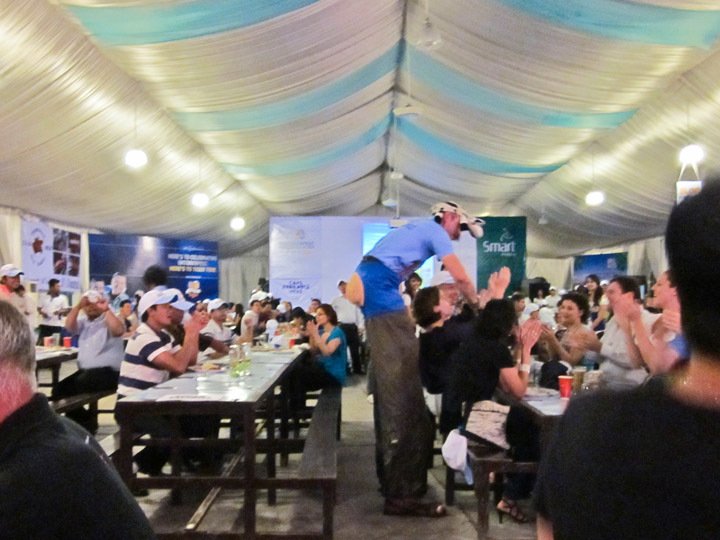 Nothing makes people look at you quite as oddly as being a non beer drinker at an Oktoberfest event. I suppose it’s the equivalent of Vegetarians hanging out at a slaughter house… for purposes other than taking footage for PETA YouTube videos. To all the doubters, I have just three words for you: free Bavarian buffet. 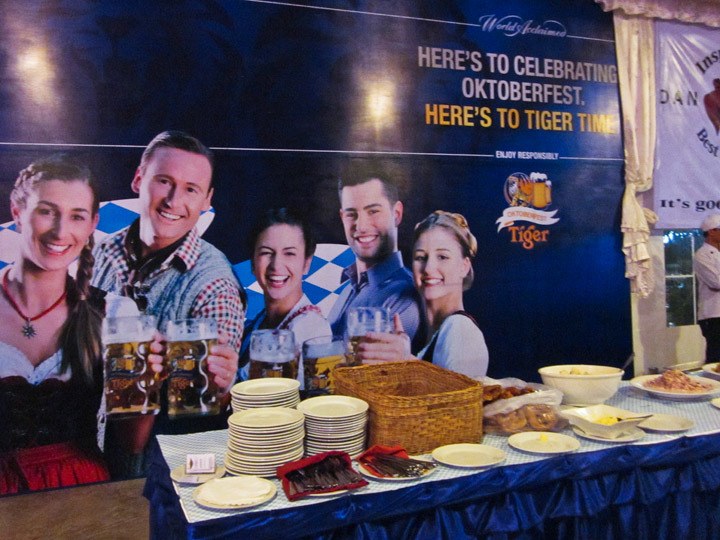 After gorging ourselves on mashed potatoes, fresh pig on a spit, roasted vegetables and delicious pastries, it was dancing time. It wasn’t long before the band (or maybe it was the Tiger?) had the crowd dancing on the tables. 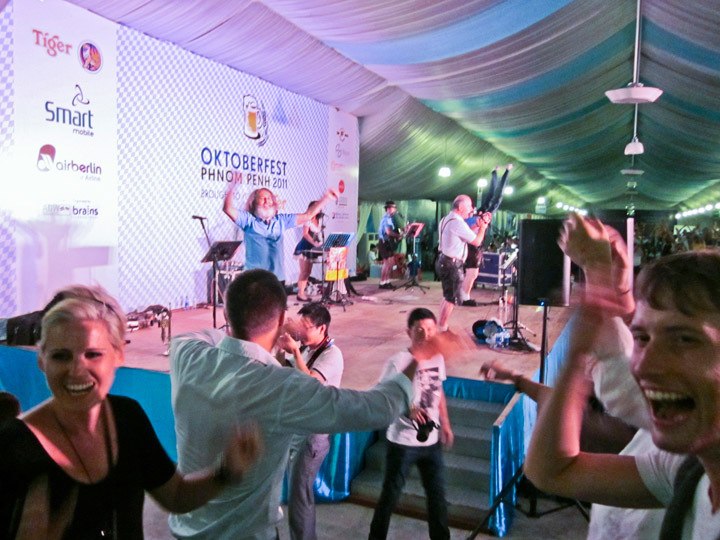 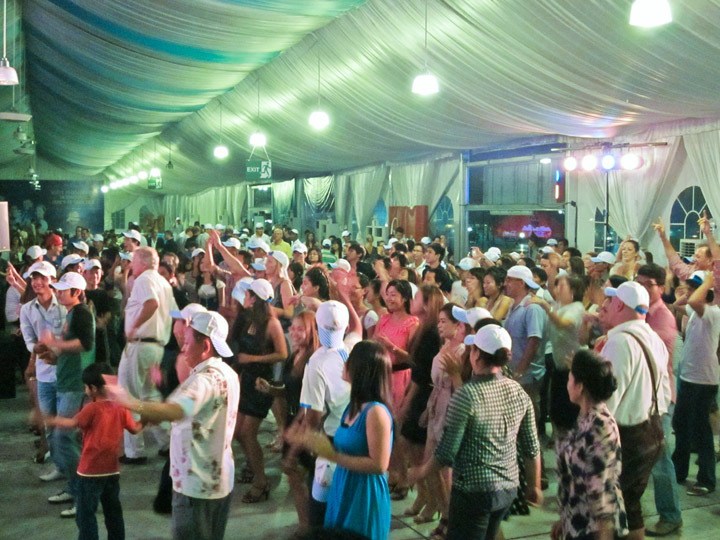 There’s nothing quite like standing in a heaving beer tent in the capital of Cambodia, singing along to traditional German tunes and watching a crowd of Khmers getting down.

My favorite detail of the night was the cute uniform worn by the local beer girls. They were a bit shy, but I managed to coax one into posing for me. 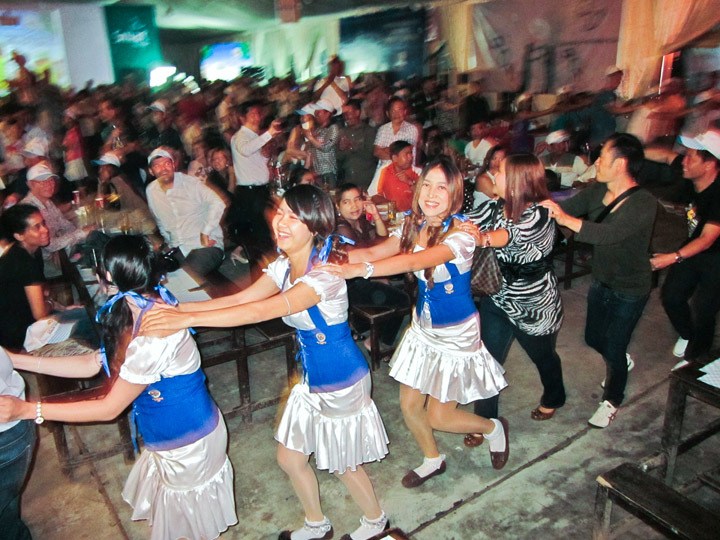 Things were getting a little messy by the time we got around to taking our free Bavarian portrait and collecting our free Oktoberfest caps. In the great tragedy of the night we never got to take home our portraits, but luckily I snagged a photo of someone else’s to remind myself what could have been. 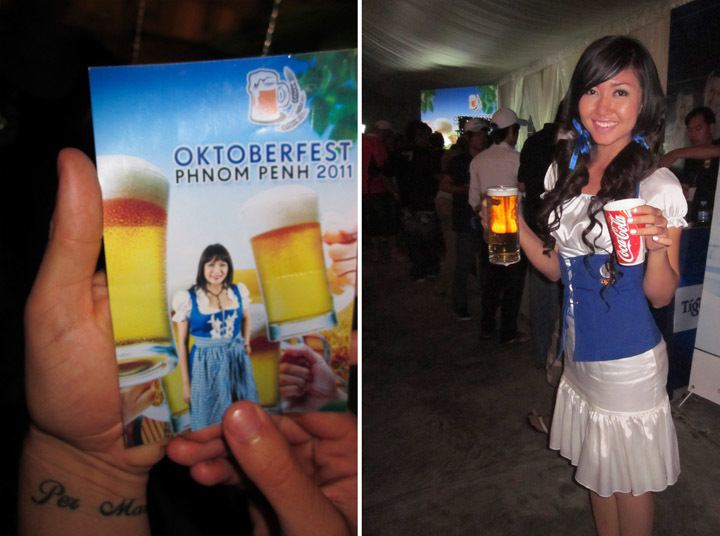 I always wanted to make it to Oktoberfest someday. I had no idea it would be on a hot, muggy night in Cambodia. 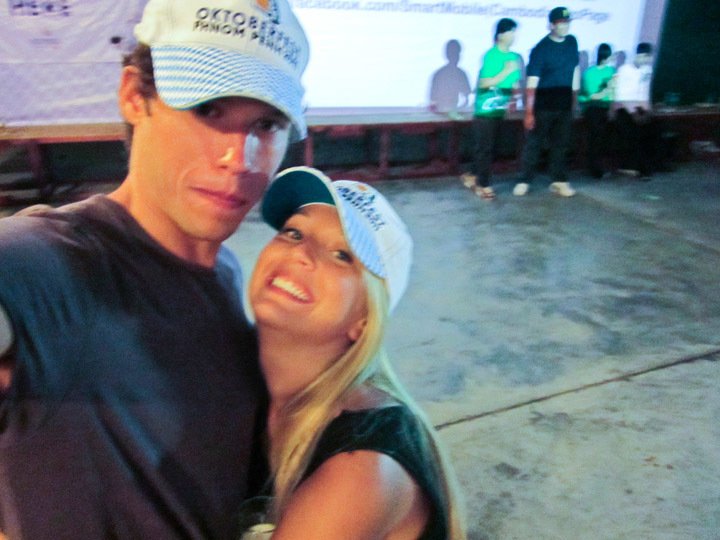 If You Go (Next Year): Tickets are $18 and include a delicious Bavarian buffet, a free Tiger draught, a free soft drink, a free Oktoberfest cap and a free Bavarian portrait.

Did you celebrate Oktoberfest, wherever you were in the world?

Photo of Week 25 Where to Stay in Phnom Penh
6 Comments...