Photo Of The Week 1

Posted in Photos of the Week– Scotland
5 comments

As long time readers know, last summer in Grand Cayman I worked for a photographer named Heather Holt. She did a Photo A Day project that required taking, editing and posting a photo every day for an entire year- and never cheated once! I was inspired by her dedication but slightly dissuaded by how demanding the project was. I decided to modify it and do one photo per week. I can’t wait until June 9th of 2012 to look back at my 52 photos and reflect on the year.

Unlike many travel blogs out there with a Photo of the Week feature, my photo of the week is actually taken in the week that it is posted! 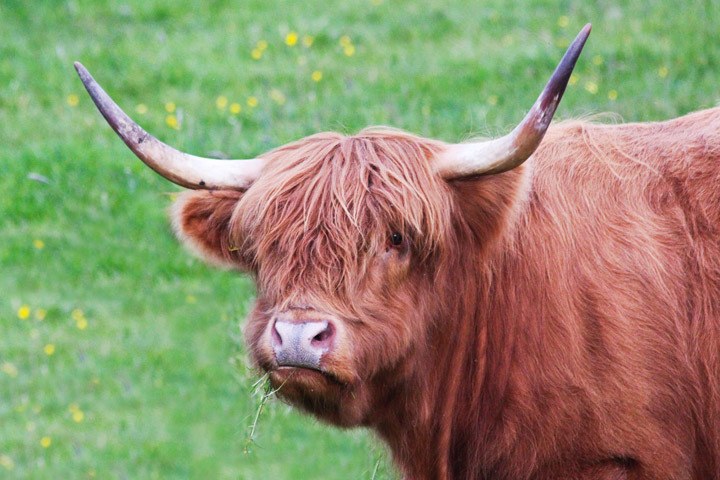 This weeks photo is a highland cow. I’m going to have to do a more in depth post about my obsession with these creatures, because it was hard to narrow our photo shoot down to just one shot! Not to mention my soon-to-be-a-youtube-sensation video of Mark making cow noises and a field of Highland Cows thundering towards us in response. I’m not in the city anymore!

UPDATE: I cheated. When during week 2 I took a more preferable photo of a highland cow, I decided to switch week 1 to a different subject. This is still a photo I took during my first week of travels, and was my runner up, and now officially Photo of The Week: Week 1! 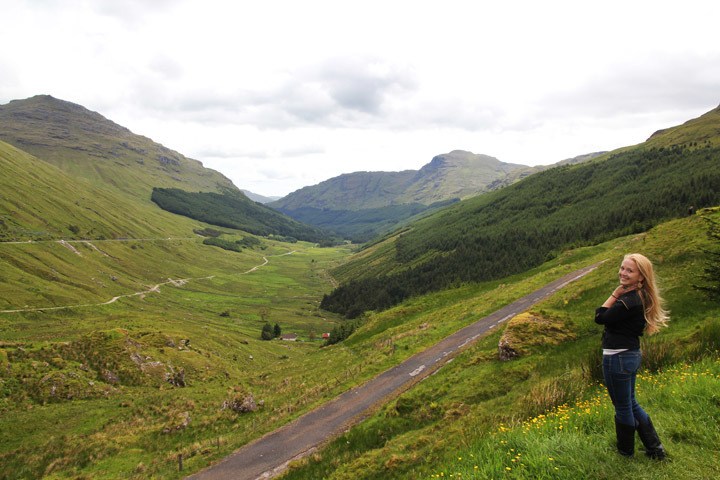 Obviously I am in the photo so I didn’t press the shutter button, but I did compose and edit it, so I think it applies here. It was taken at a site called Rest and Be Thankful and it was a beautiful introduction to the amazing views Scotland has to offer!