I confess, when I slid my certification cards across the counter at Arenal Diving, I was only doing it to add another country to my dive list (I’m up to six, but who’s counting?). I wasn’t expecting to be blown away by the scuba diving in Ibiza, and at 47 euros I was spending quite a bit to simply make my scuba resume look better. What can I say? Seven months is far too long to go without breathing underwater. 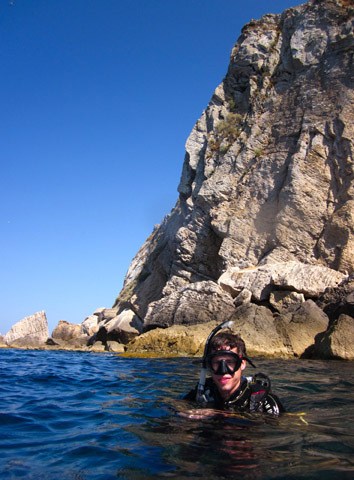 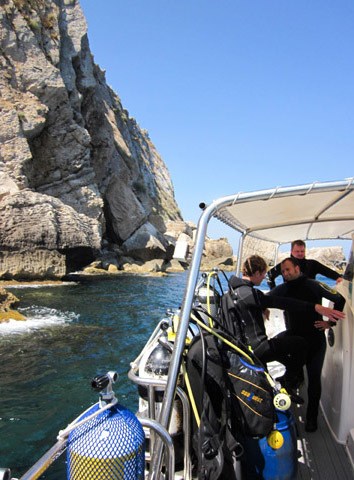 Mark and I learned long ago to ask local divemasters their favorite sites and only sign on to trips heading to those locations. We heard two stand outs dive sites again and again: Islas Margalidas and the Cala d’Hort Marine Nature Reserve. Our boat was headed to the Nature Reserve. 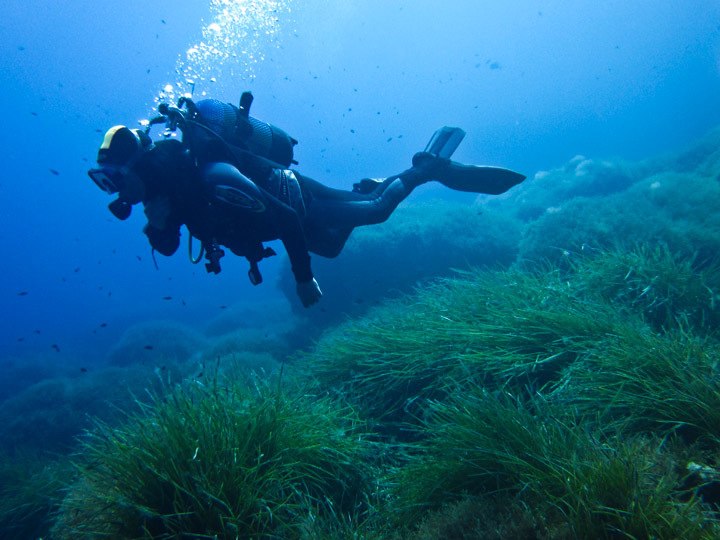 To our disappointment, the water was too rough for the boat to make it to Bledas Island where the famous Gorgonian coral lives, so we stopped at a closer site within the Reserve. With warnings of jellyfish and roughly translated descriptions of what life we could expect to see, we half heartedly jumped in. 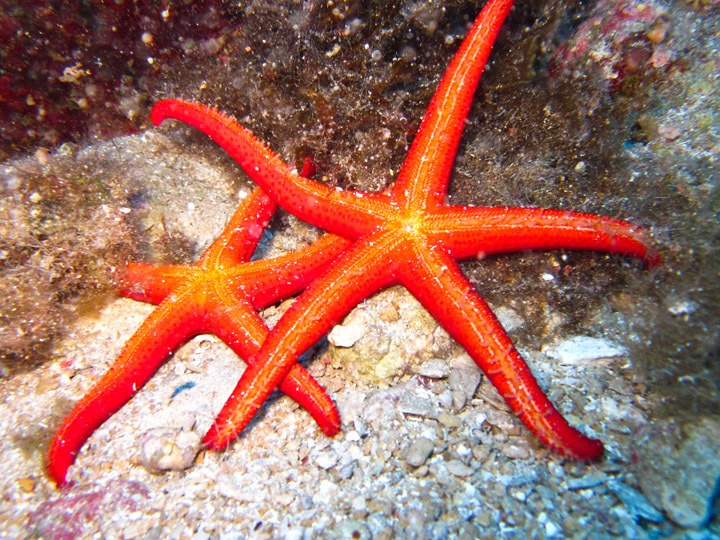 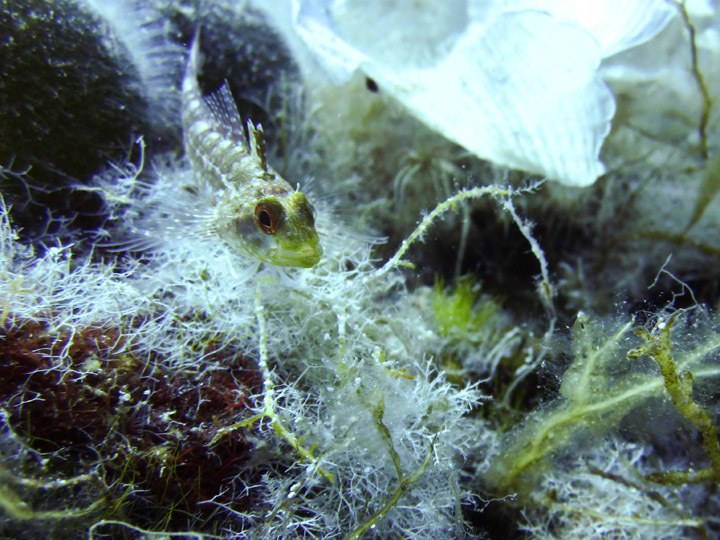 What a surprise we were met with! We descended about 35 meters down the island’s base then came back up through a varying maze of swim-throughs, rocky outcrops and sea grass beds. The water was quite nippy and I felt a bit confined in a 7mm wetsuit, but it wasn’t as cold as the Bahamas in January! 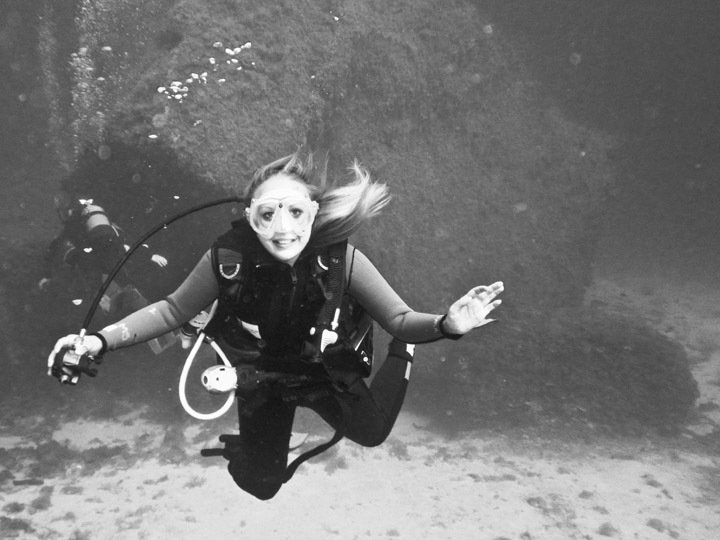 It’s true, diving in the mediterannean lacks the amazing coral of the Caribbean, or the large schools of fish of South East Asia. But the visibility is wonderful, the topography exciting and when you do find a lobster or a starfish or a tiny crab, you feel priviledged. One species of ubiquitous marine life? The jellyfish. 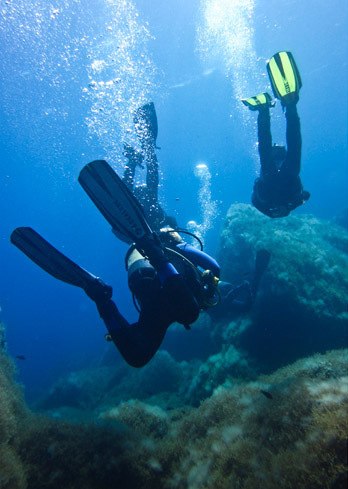 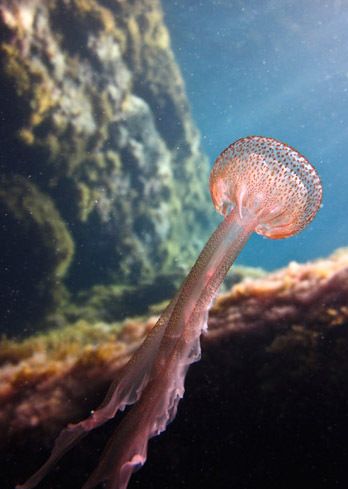 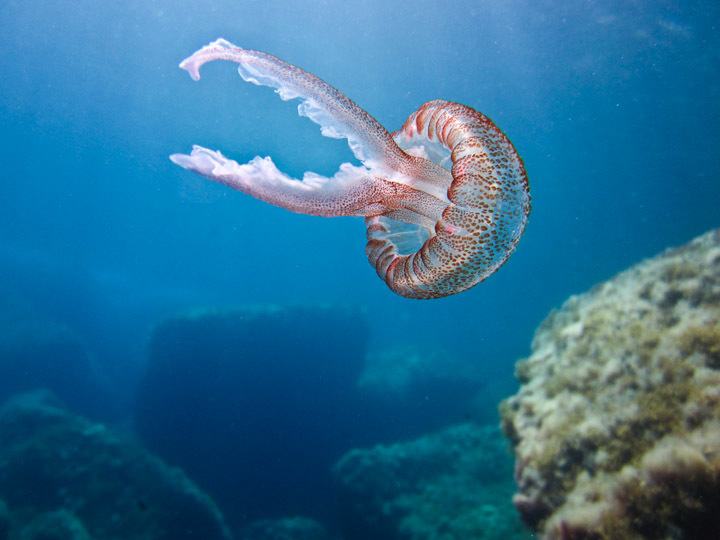 As always, one of the best parts of the trip was meeting our fellow divers and hearing their tales from around the world. On our boat we had a German couple, two divemasters from South Africa currently working in the UK, and our super bubbly Spanish instructor who wooed us with tales of working on the Red Sea. 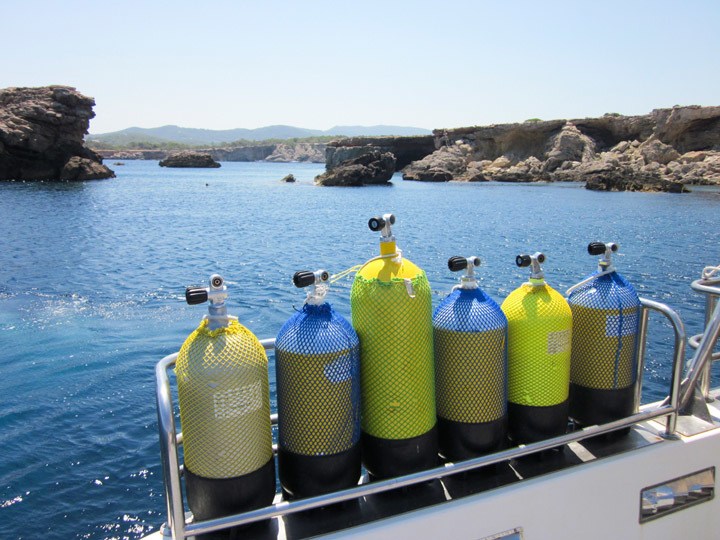 While I wouldn’t plan an entire dive trip to the Mediterranean, it was great to see what the diving is like in an entirely new part of the world and see a different side of Ibiza!

Want more? Check out more of my diving posts here! 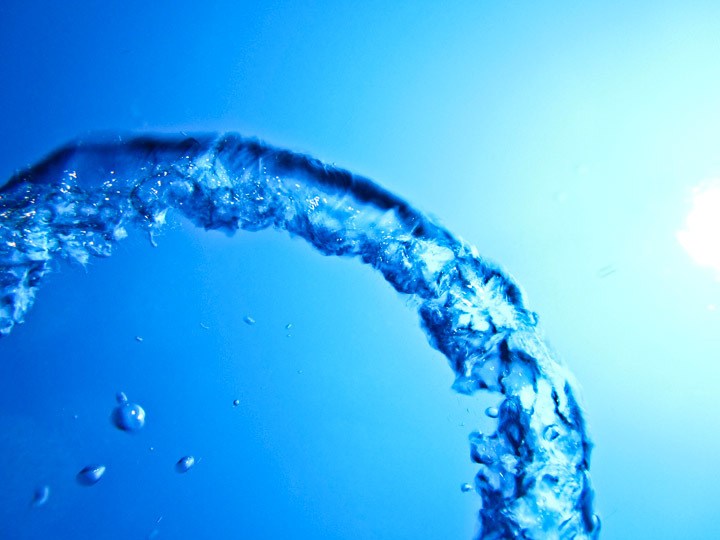 Have you been diving in the Mediterranean? Where should I go next?

Back to Thailand and Straight to Sail Rock!

Underwater Wanderlust: Announcing my role as a PADI AmbassaDiver