What’s to Love in Lima?

Leaving the jungle after almost two weeks was a shock to the system. When I stepped off the plane in Lima I felt a sensation that I had pleasantly forgotten for the past twelve days — cold. I arrived in the darkness of night — always a somewhat disorienting experience — and fell asleep soon after, trying to appease my bewildered, frozen toes with three layers of socks.

The next morning, a new chapter of my Peruvian adventures began — Brooklyn bestie Zoe arrived on a red eye from New York! After plenty of pleading, she managed to wrangle three weeks off of her intense job at a publishing house in order to join me for a trip we’ve talked about since meeting at Pratt. Within moments of her arrival we were sitting back and catching up on gossip, as if all our girl talk occurred at 8am in the hostel gardens of South American capital cities. 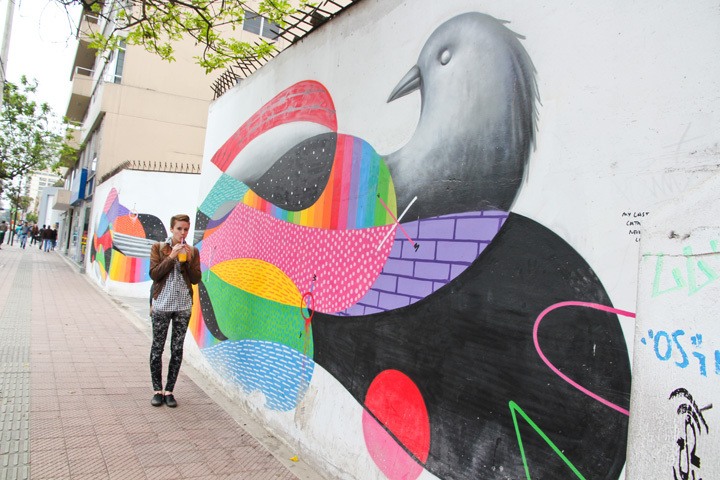 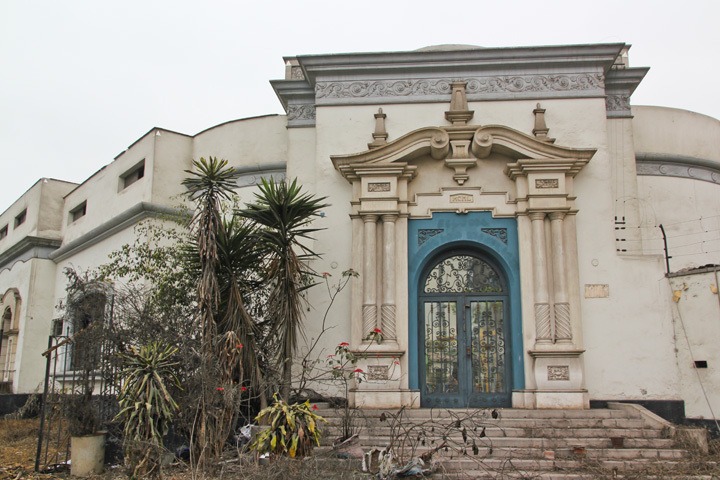 Logistically, the vast majority of trips to Peru will start in Lima. Yet most travelers evacuate the metropolis as soon as the next plane, train, or bus allows — this is not one of the world’s beloved cities. In fact, I often heard it described as a city impossible to love. Naturally, I took that as a challenge.

Lima was not the first place I’d heard dismissed in such ways. I’ve seen many a backpacker turn their noses up at Phnom Penh — a city I can’t seem to get enough of. Yet many world wanderers loathe Vientiane — a conclusion that, despite my best efforts, I landed at as well. I was determined that Lima land in the Underdogs I Rooted category. 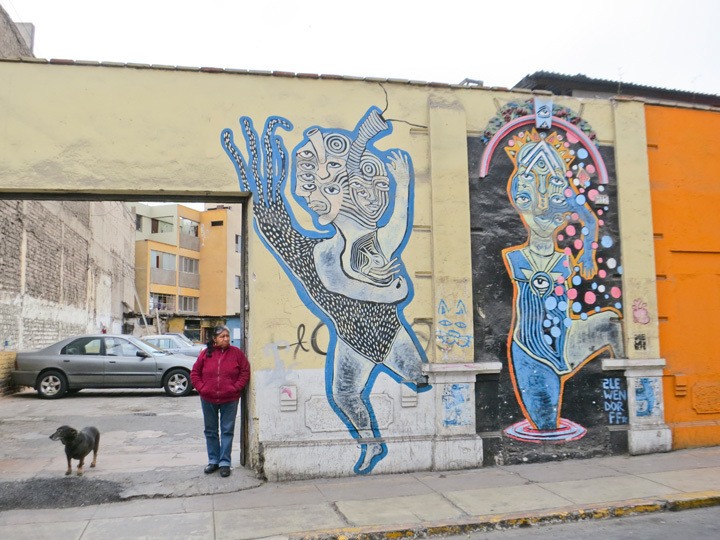 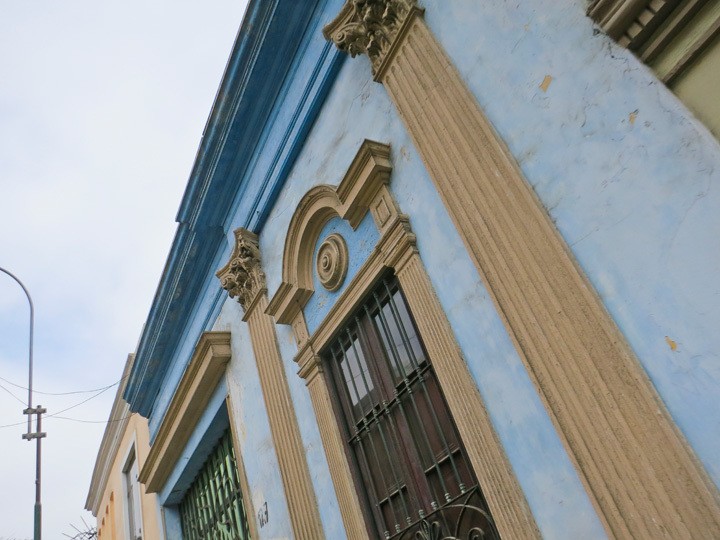 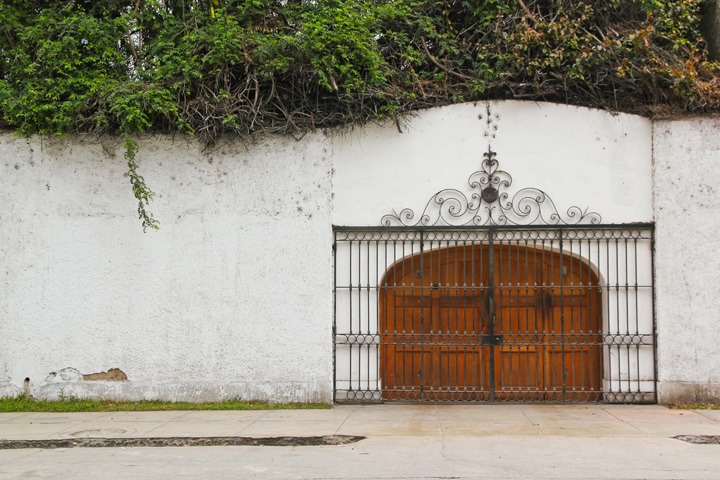 Yet I would’t say Lima was fully cooperating with that plan. As Zoe and I set off to explore that chilly Saturday morning, we couldn’t help but notice there was a certain — how do I put this? — je ne sais quoi about the place, and I mean that in the opposite way that people use to describe places that are indescribably charming. The skies were coated in a think blanket of perma-gray, and as we walked we saw more concrete than people.

Still, we managed to find endearing examples of historical architecture and quirky  samples of colorful modern graffiti. And contrary to grave reports of Lima’s notorious crime from locals and visitors alike, I never felt unsafe pulling out my camera. 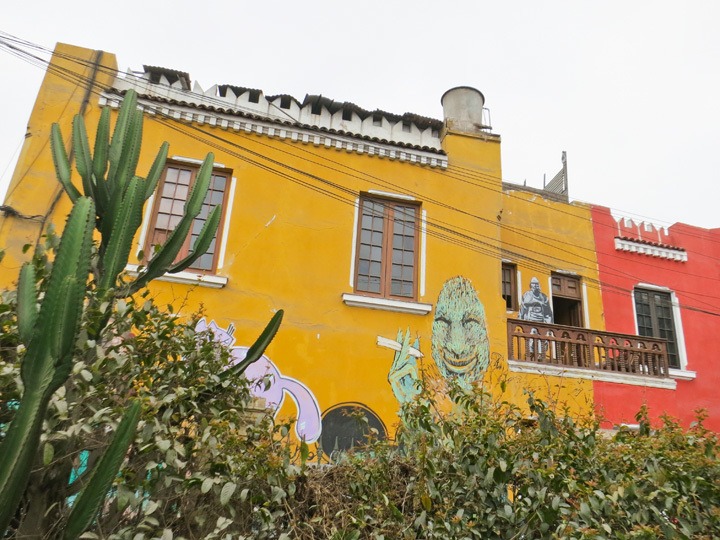 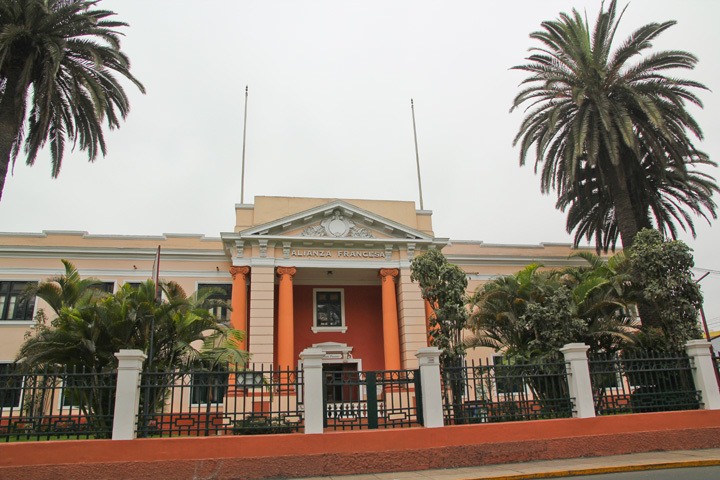 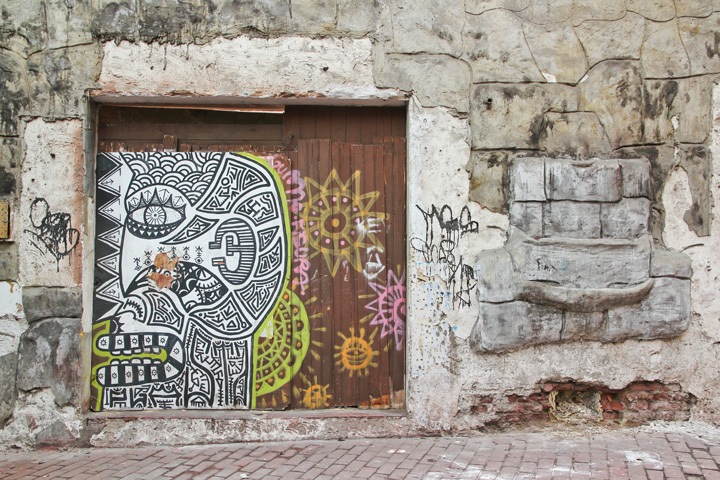 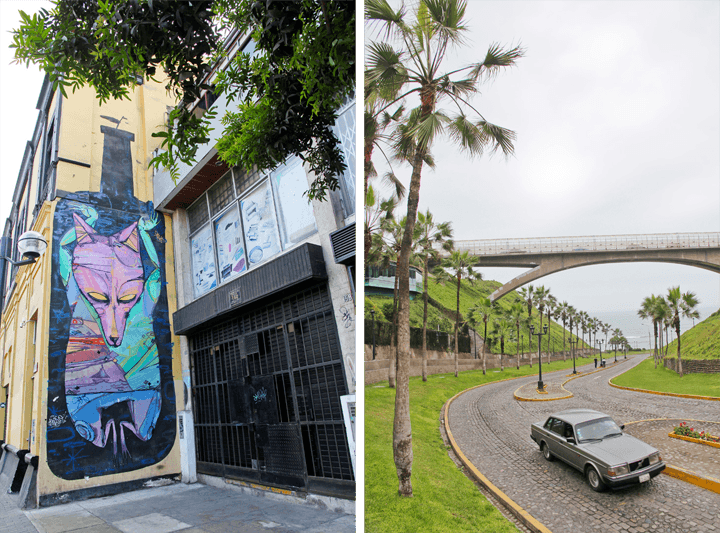 In our determination to find something to like about the city travelers love to hate, we headed towards the area most will grudgingly admit is the least offensive of the bunch — the coastline of the tony Miraflores district. After meandering through Love Park, where the rainbow-inspired mosaics contrast with the gloomy skies beyond, we cut down the steep cliffs towards the water. We parked ourselves on the rocky beach and watched Saturday surfers brave the frigid waves. 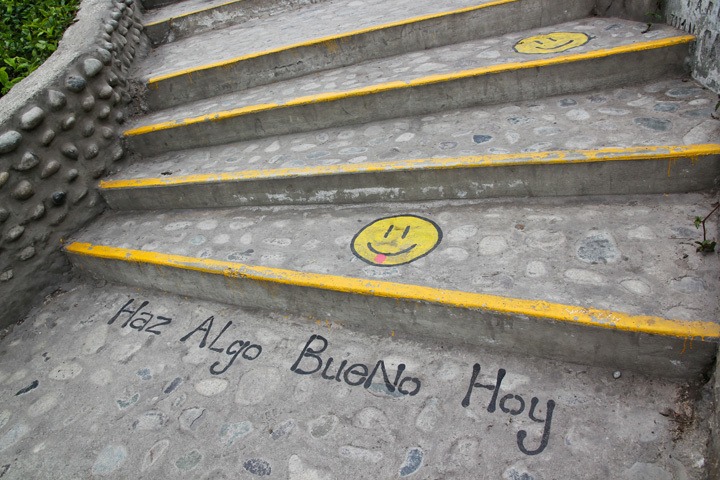 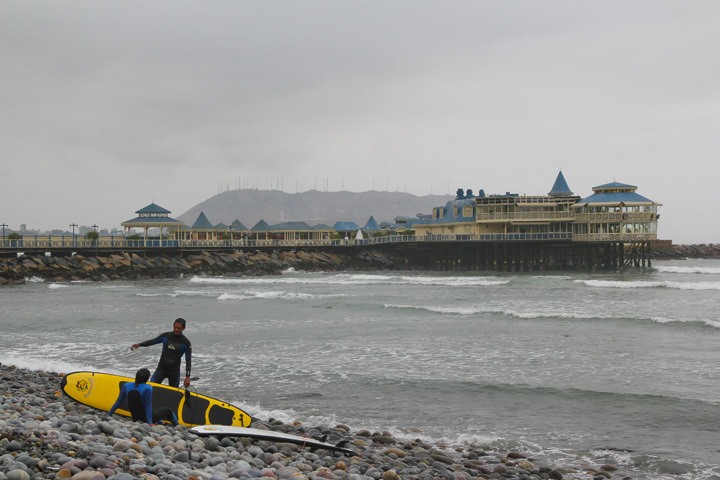 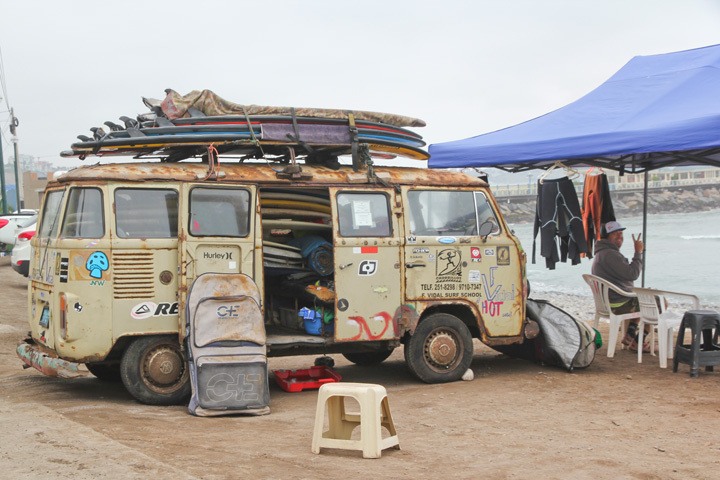 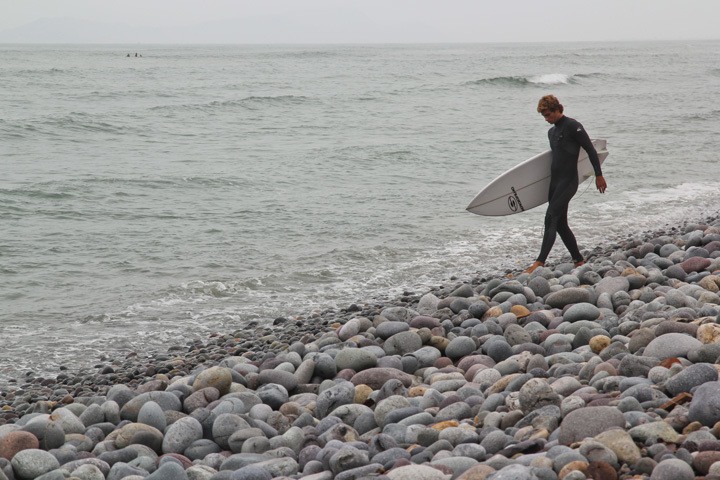 I was starting to think that one of Lima’s biggest problems was timing. The city’s peak months for both actual pleasant weather and general summery attitude are December to March — the exact months that the Andes and the jungle are plagued by rain. Hence, not many international tourists make a point of visiting Peru at the brief window of time when Lima is showing its best colors. There is something undeniably pleasing about a city in which vintage VWs are not an uncommon transportation choice — but doesn’t everything look better beneath a ray of sunshine and in front of bright blue skies? 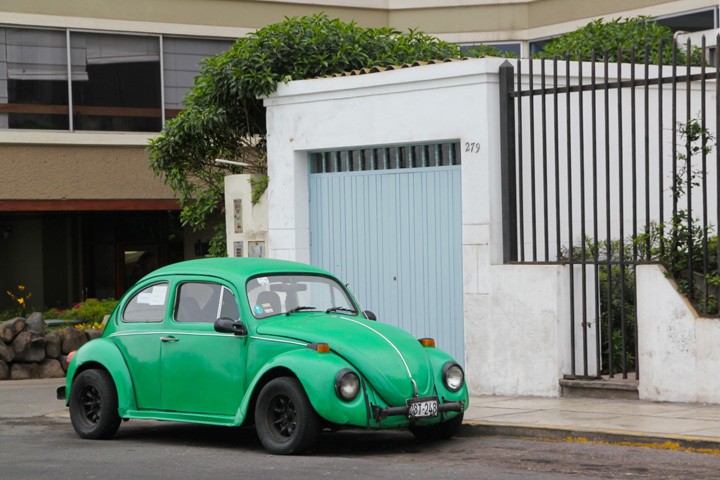 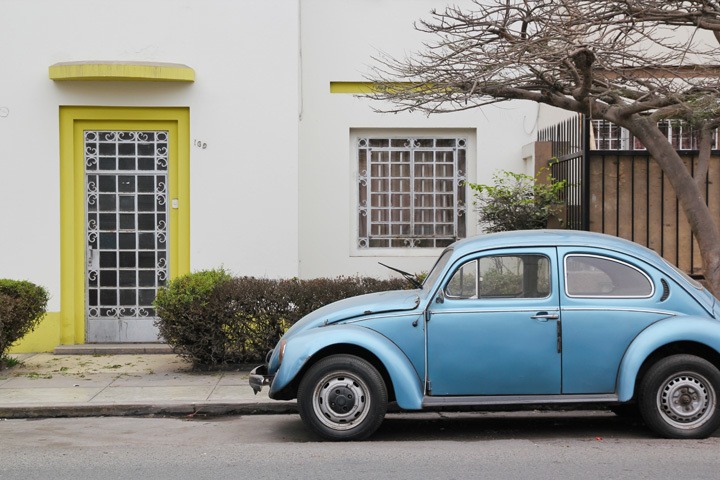 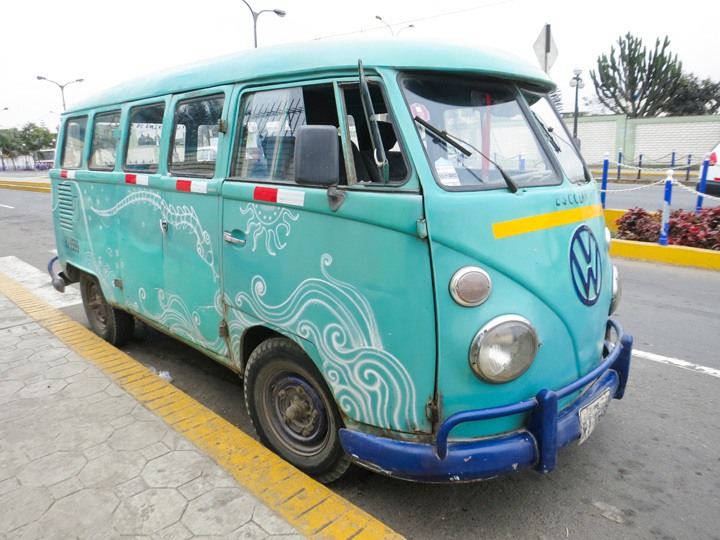 I felt we needed some insiders’ guiding. By chance, I had ripped a page out of one of the travel magazines I was reading en route from Iquitos about famous photographer Mario Testino’s favorite spots in his hometown of Lima. We hopped in a cab to Barranco to check out Testino’s gallery, MATE, and then try one of his restaurants picks. MATE was fantastic – it was filled with Testino’s own private, very modern collection, including collaborations with Keith Harring and other famed artists. I can’t believe that we would have missed this gem had I not happened to flip past that particular page in that exact magazine.

Without a map or smartphones, we wandered the streets of Barranco fairly aimlessly, hoping intuition would guide us to LA73, the dinner spot that Testino recommended in the same article. We both loved Barranco immediately — it was warm and historic where Miraflores was cold and modern. We stumbled on a colorful hipster night market, where we bought tres leches from a cute girl who used her iPhone to show us where the restaurant was. Amazingly, we had been heading in more or less the correct direction. 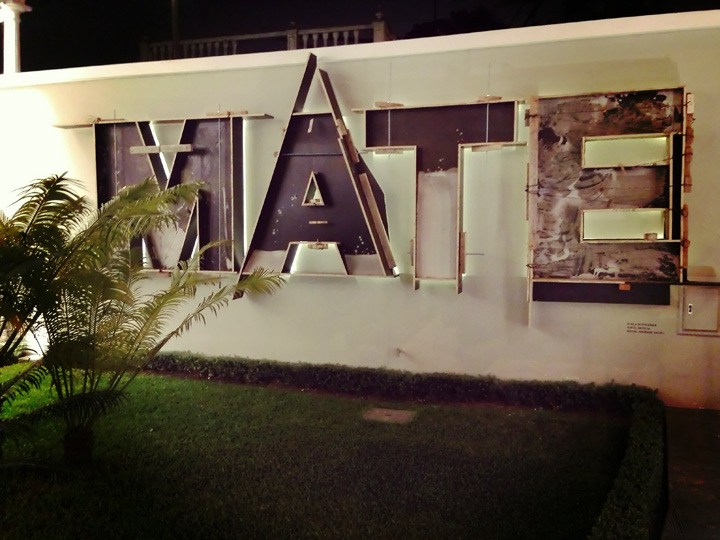 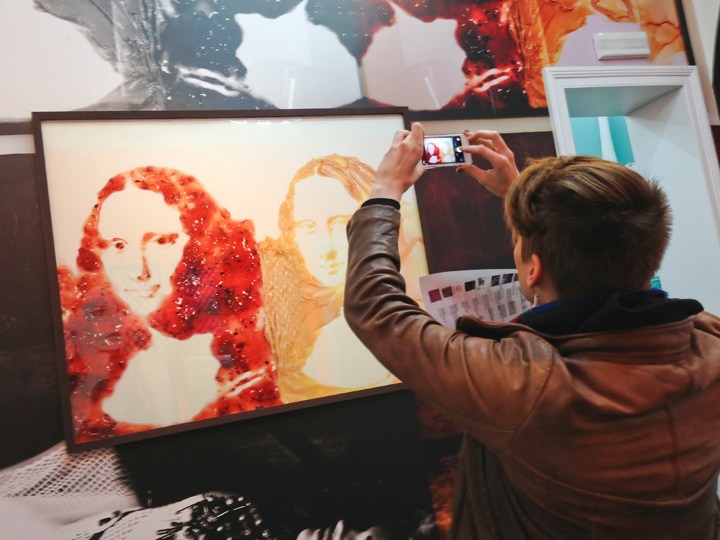 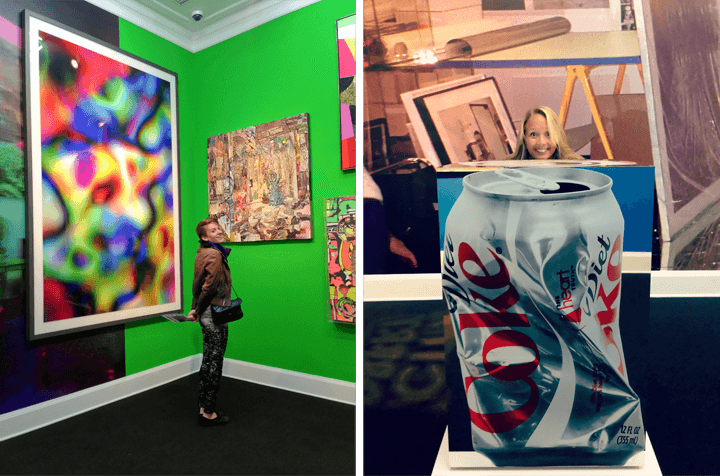 LA73 was exactly what we had been hoping for — the Lima equivalent of the kind of place we’d swoon over in Brooklyn. We were the only non-Limeños there, and giggled while trying to decipher the menu, which was entirely in Spanish. Ordering was a success, in spite of the language barrier — everything we ate was fantastic, my favorite being an appetizer called choclo con queso, basically corn and cheese drenched in butter. Yes, please! 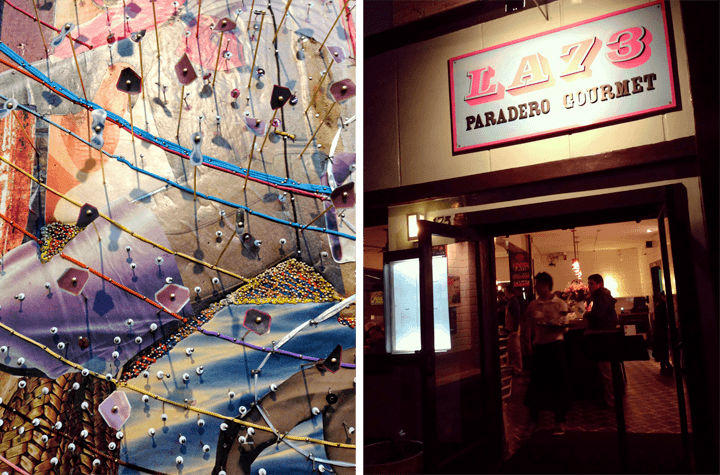 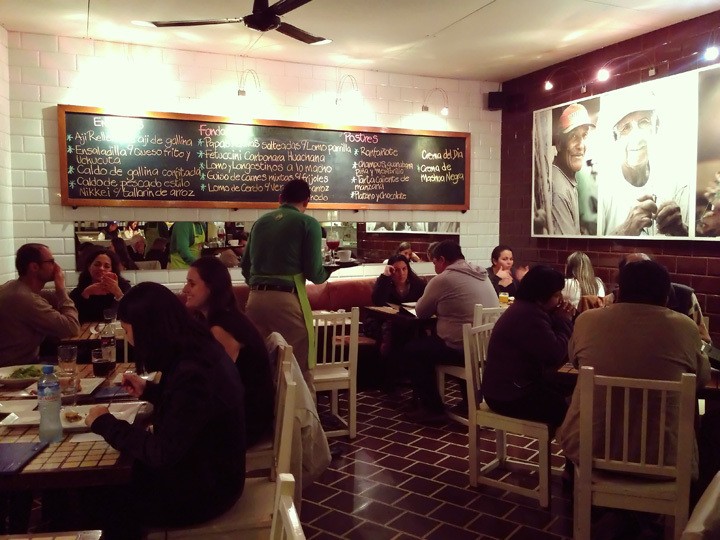 Actually, if you do hear an enthusiastic word about Lima, it tends to be about the city’s dining scene — many foodies make pilgrimages here to do little more than eat. Our three days in the capital were more about action (in my next post, you’ll read about the activities that kept us busy, from a bartending lesson to a biking trip.) Yet one of our last meals was again too good not to share. While wandering through our beloved Barranco one last time, we stepped into Twist Burger Bar, and passed a lovely afternoon chatting with the seasoned traveler/manager and noshing on simultaneously delicious and adorable mini burgers. 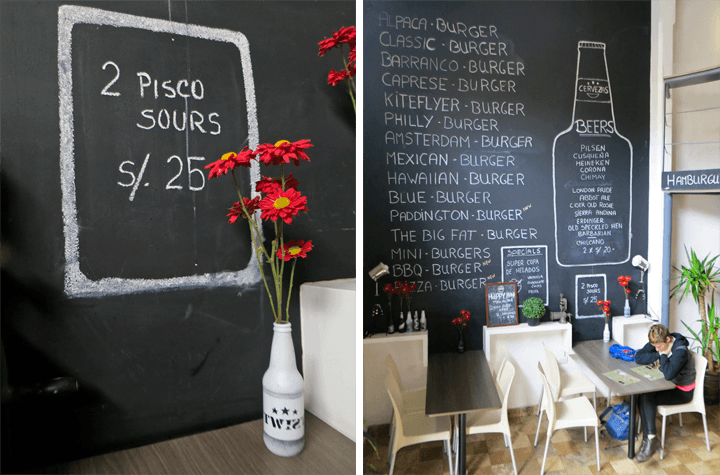 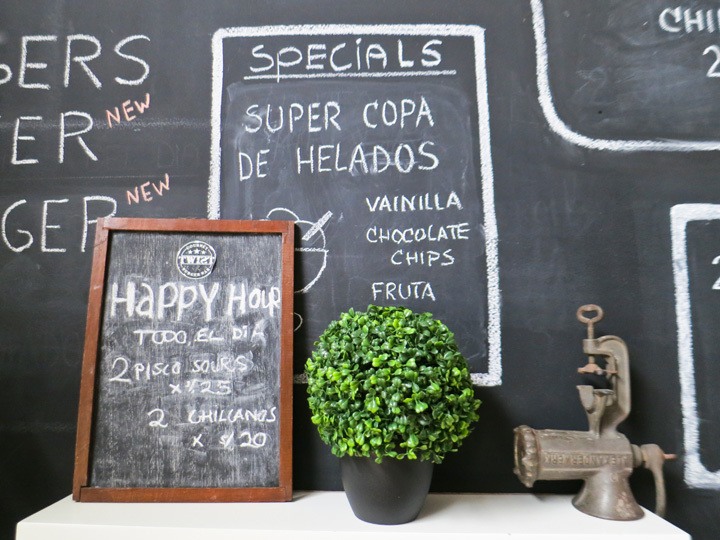 So, what’s to love in Lima? After three days in the city, our feelings were a bit ambigous. We loved the tours we had taken (stay tuned!) and thoroughly enjoyed several good meals. I swooned at some of the graffiti and the crumbling remnants of colonial buildings. Yet it was hard to get enthusiastic about a place where the sun literally never shone, and where we often felt that we could be on a concrete street corner in literally any major metropolis in the world.

Will I give it another chance? Heck yes. But next time — I’m coming in summer.

Where I stayed: Ekeko Hostel
Where I ate: LA73 (try the choclo con queso!), Twist Burger Bar (try the mini burger flight!), The ChocoMuseo (try the guilt free chocolate tea!) & La Lucha (try the pineapple mozzarella chicken sandwich!)
How I got there: Lima is a gateway to Peru for international flights, and is connected to pretty much everywhere in the country by bus. Cheap flights are available via Star Peru and Peruvian Airlines.
Bonus Tip: If possible, visit during the summer months of December-March!

My Travel and Blogaversary: Year Three