Badass on a Budget: White Water Rafting in Baños

Already, I’ve covered quite the array of adventures we tackled in beautiful Baños — biking the waterfall route, canyoning through the jungle, and surviving a fiery New Year’s Eve. But I saved the best for last. 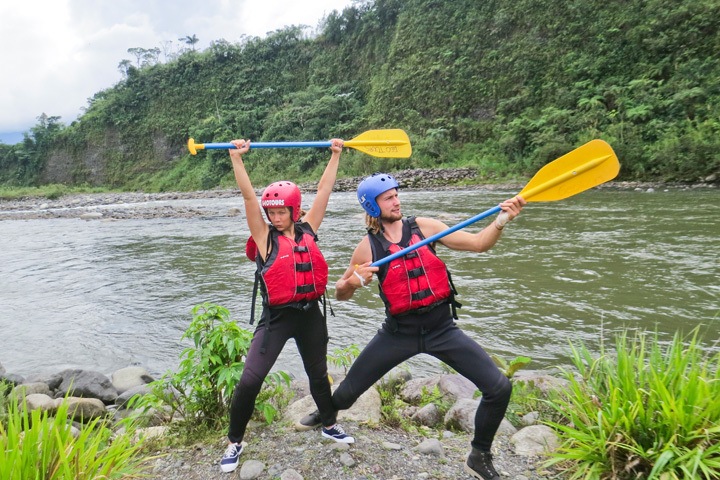 For thrills, for laughs, for value and for devastatingly fashionable attire, white water rafting was the best thing we did in Baños. I’ve tried rafting in a few places around the world — Thailand, Honduras, Indonesia, and now Ecuador. This was easily the best trip of the bunch.

At $30 for a half-day trip, I would say my expectations were tempered. There are two opposing fears vying for attention whenever I sign up for a white water rafting trip — one is that I will be way out of my element and in danger. The other is that I will be bored. Honduras leaned towards reckless endangerment, while Thailand and Indonesia inched more in the snooze-fest direction. I’m actually not sure which I am more afraid of. 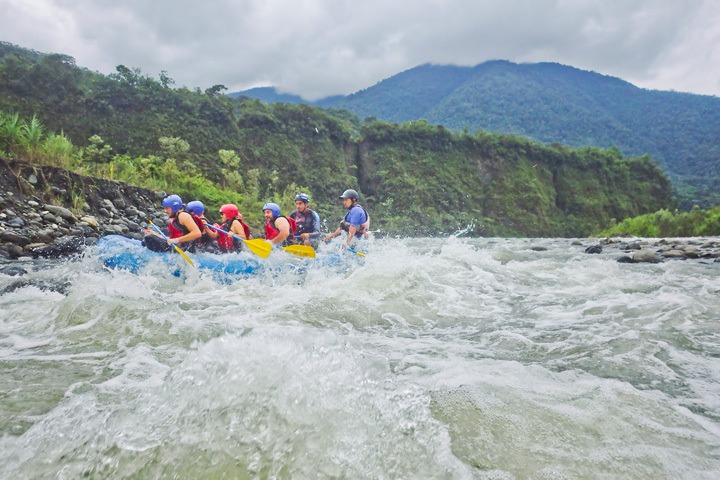 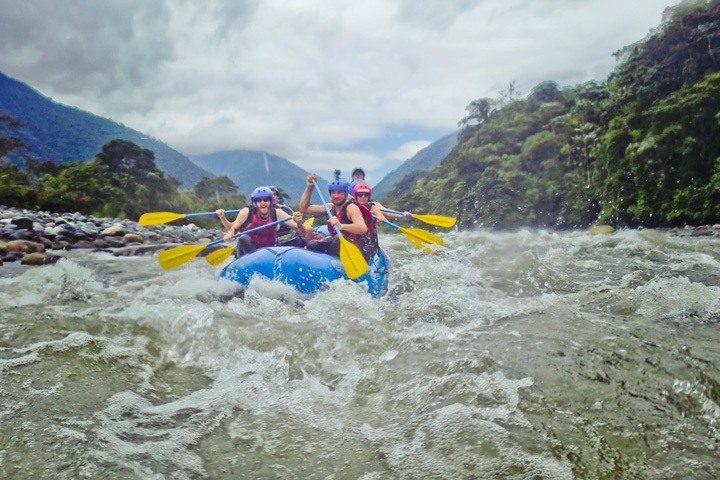 I had nothing to fear with GeoTours. When we inquired about full day tours, they told us that they were only selling half day tours because at the moment there weren’t enough rapids to make a full day tour interesting — I always appreciate when a company places honesty over income. And I was to be even more blown-away when I learned GeoTours employs some of the most highly qualified rafting guides in all of Ecuador, ones who work the off-season at rafting hotspots in Europe and North America.

Our day started with the most thorough safety-briefing I’ve ever received. Better yet? We were accompanied along the rapids by two safety kayakers, who not only made us feel super secure but also took the amazing photos you see featured in this post. 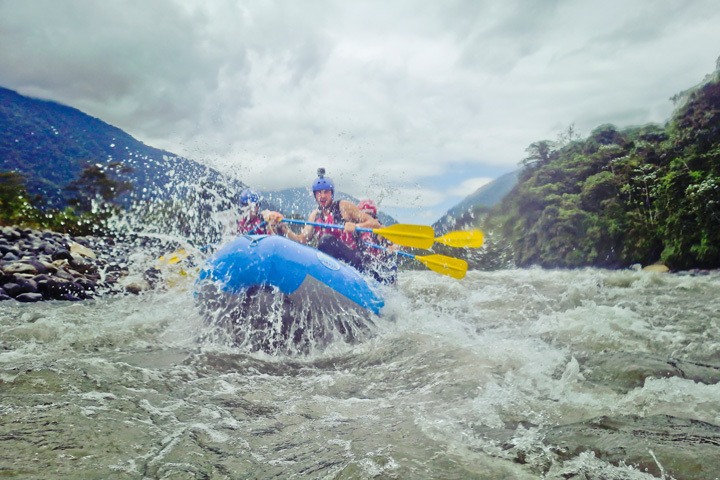 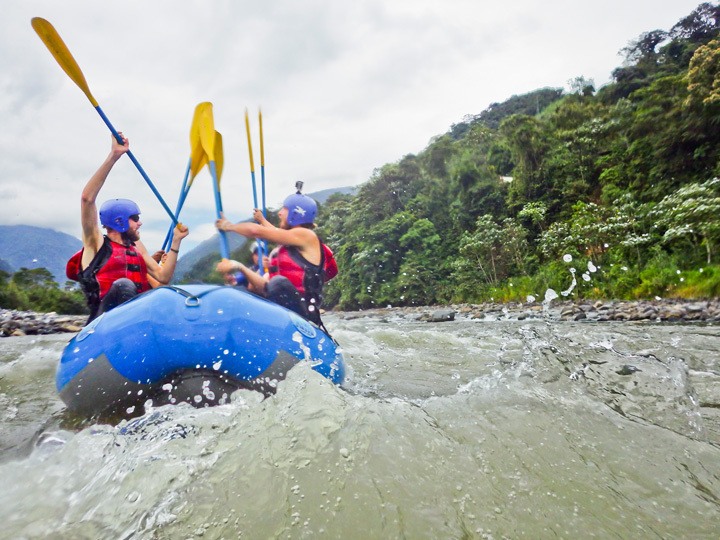 I admit, when that first baleful of water came slamming over the sides of the inflatable raft,  I gasped at the temperature and started doing a mental countdown of how many hours we had left in the trip. But soon I was too distracted with battling rapids and trying to keep the raft upright to think about silly little things like hypothermia.

This was none of the white water floating I’ve seen peddled to adrenaline junkies before. This was white water rafting. 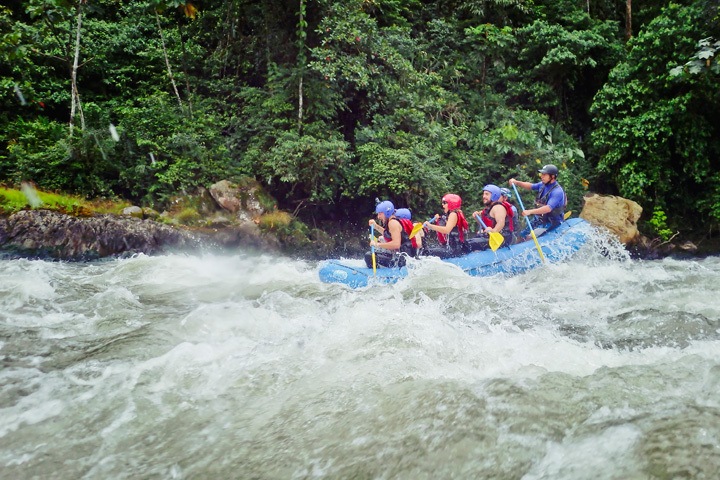 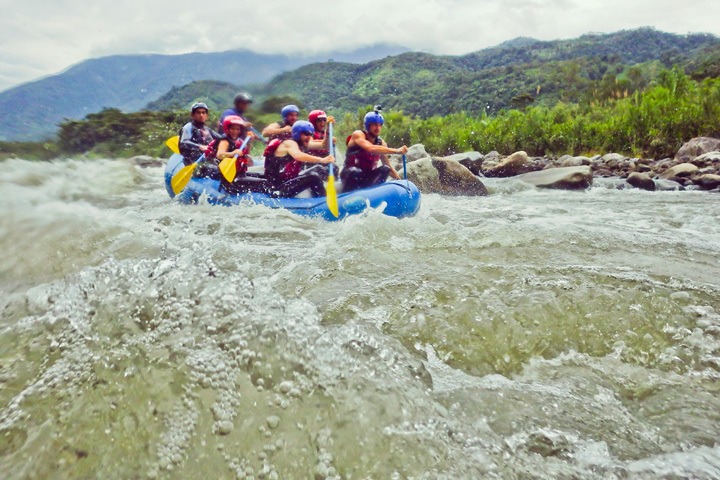 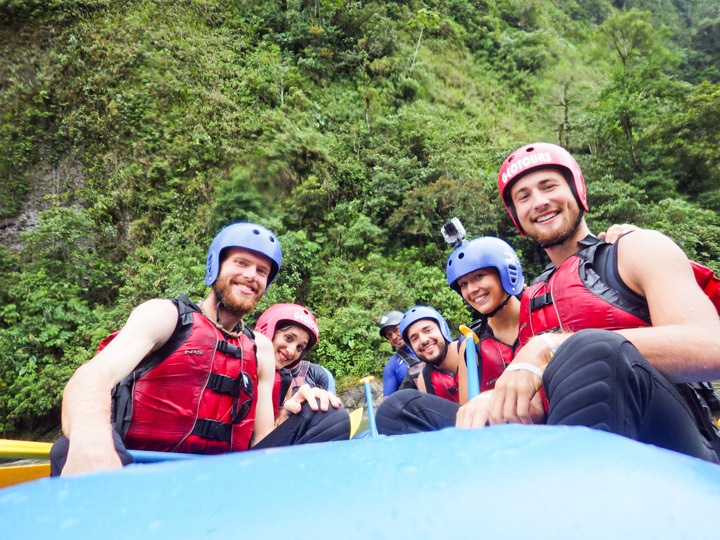 The safety kayakers were mostly earning their keep as photographers when our guide decided we should try to “surf” one of the rapids. I’m going to play it straight with you guys — I have no idea what that means. But I know that it resulted in six out of the eight in our group going overboard. Before I knew what was happening I was completely underwater, being pulled back into the rapid over and over while I gasped for air inbetween. While it felt like this cycle went on for minutes, I have a feeling in reality it was around ten seconds.

But then I felt salvation — the paddle of the safety kayaker reaching out and pulling me out of the vortex. I grasped the back of the kayak while a gulped air, careful not to overturn my savior kayak mid-rescue. When I looked up I saw the group far ahead of us — they had all floated downriver while I’d been hanging out in the washing machine. 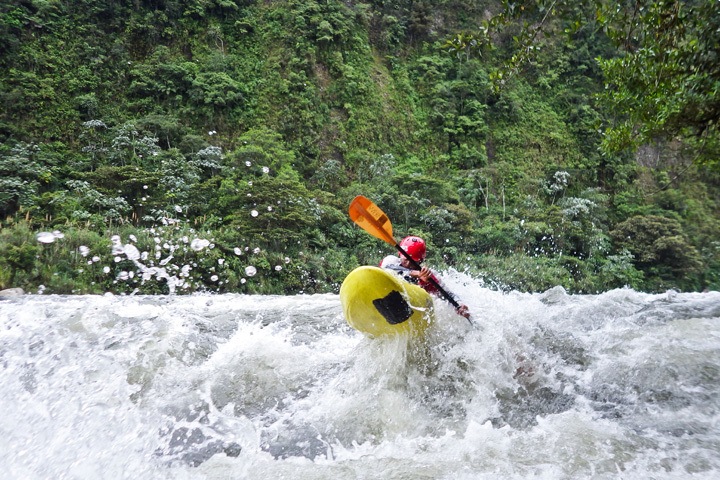 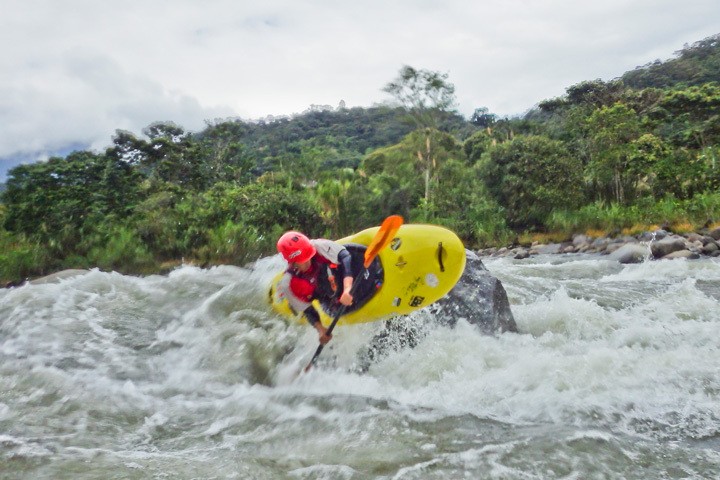 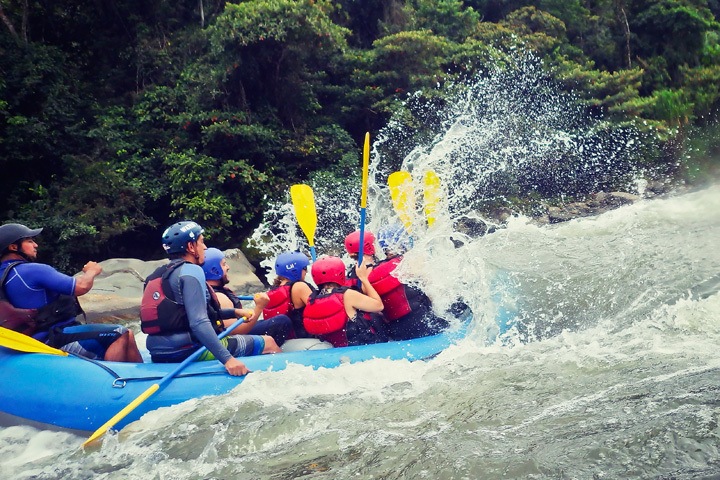 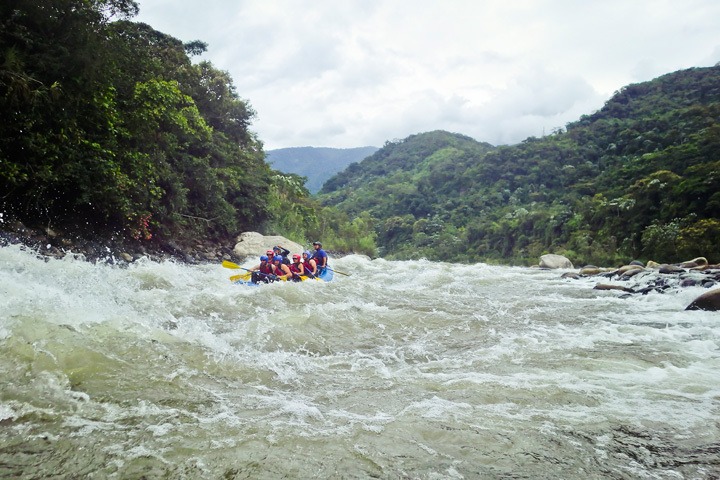 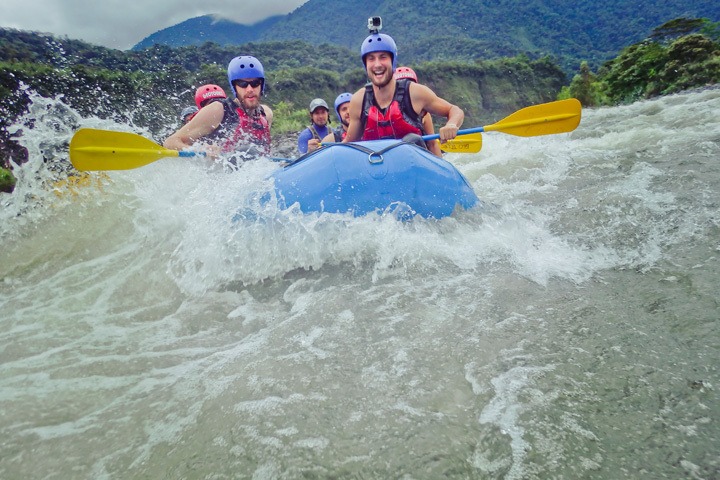 Yes, it was quite the day. We spiked our heart rates, we laughed, we captured amazing footage, we made friends (we ended up on an impromptu overnight road trip to Papallacta with two of our fellow rafters!) and our wallets didn’t put up a single protest at the price. If you’re a rafting or adventure enthusiast, don’t even think about coming to Ecuador without checking out the rapids around Baños. Just watch out for the washing machine. 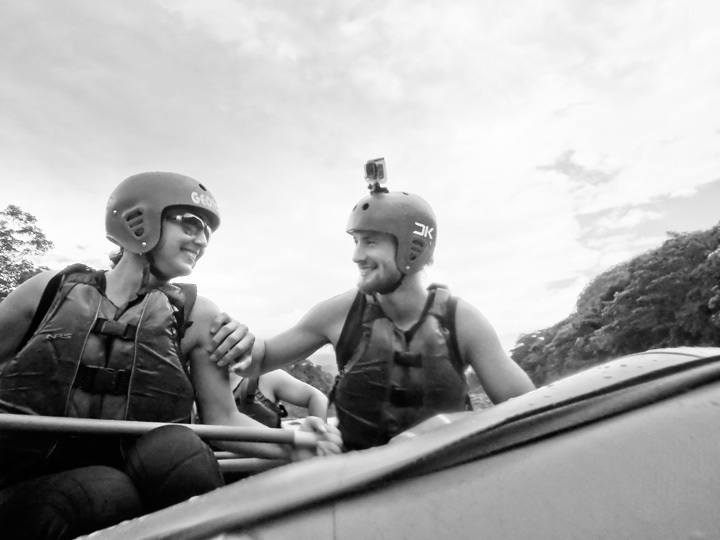 What’s the best place you’ve ever been rafting? And can you believe those prices?!

I’m A Belizer: The Best Snorkeling in Central America

Getting Our Guayaquil On

Photo of the Week 141 It’s Complicated: My Relationship with Quito
36 Comments...