Roatan is the tourist hub of Honduras, and there’s no denying its appeal. At 50sq miles it’s big enough to stave off “island fever” and small enough to feel like a community and always see the water. We stayed in West End, the popular backpacking and diving community spaced along a pleasant bay. However, a short boat ride away (or a forty minute walk if you object to the $2 boat fare) is West Bay, the resort capital of Honduras and home to a stunning white sand beach that Caribbean brochures are made of. This is where we were dying to see after a torturous three days away from the sea (ha!)

After doing some housekeeping of checking the internet, setting up our dives and buying some basic groceries we set out to West Bay.  There is a road but for walking we were told to just follow the water. At times we were literally walking through the water, at other times clambering over slimy seaweed covered rocks. We were starting to think we were never going to get there when we found a lovely beachside restaurant with a salt water pool. 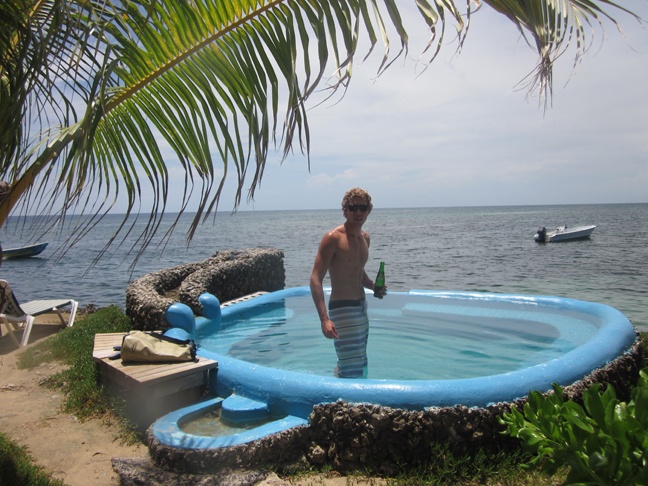 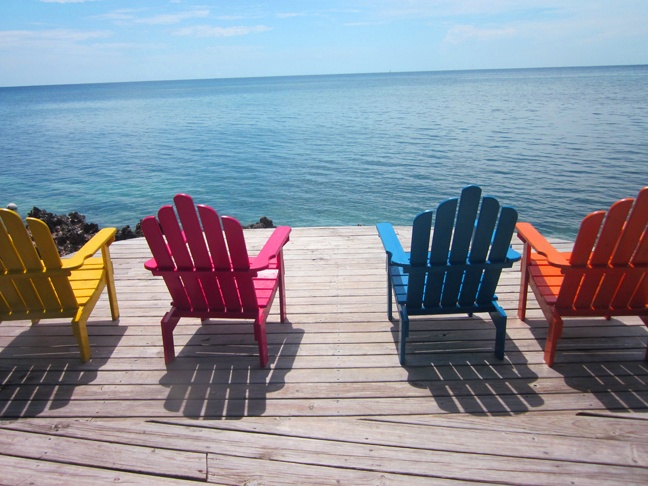 After refueling on sodas we walked out the other side of the walkway and were greeted with this amazing view: 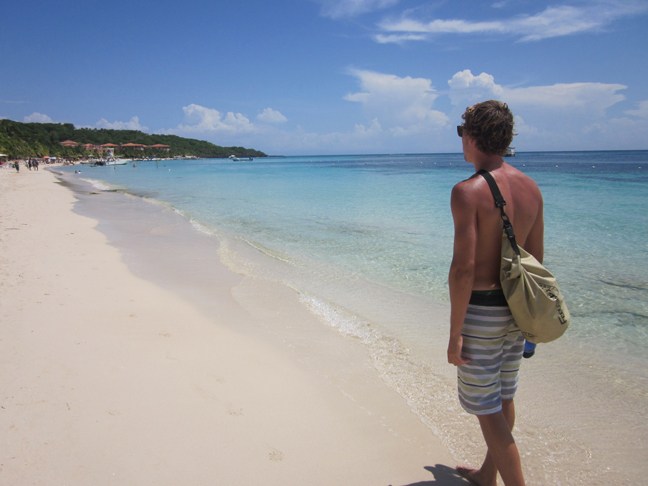 West Bay was not at all what we were expecting. With visions of the madness of Seven Mile Beach, we were so pleasantly surprised to find the extent of the “development” was relatively unassuming resorts no taller than two stories and a modest number of cruise ship passengers bussed in from the other side of the island, identifiable by their blue striped Carnival towels.

I think this picture sums it up quite nicely: the amazing Caribbean waters combined with a surprisingly Thailand-esque landscape. 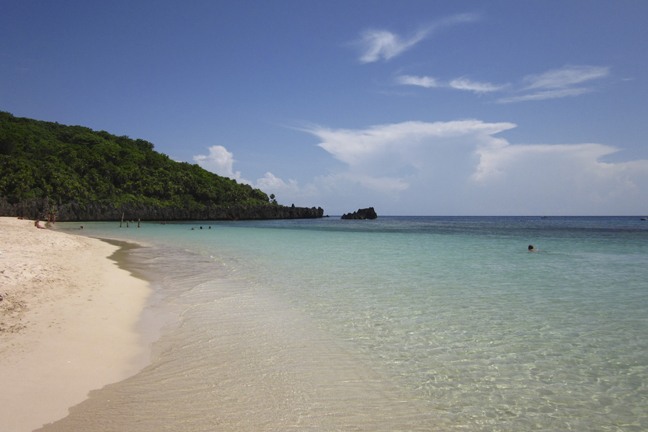 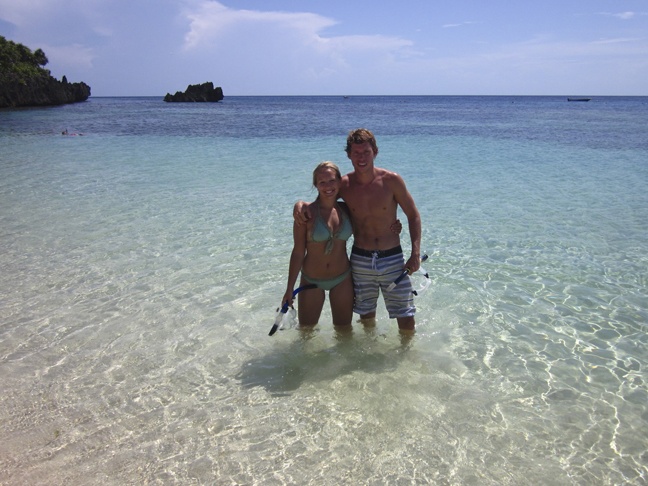 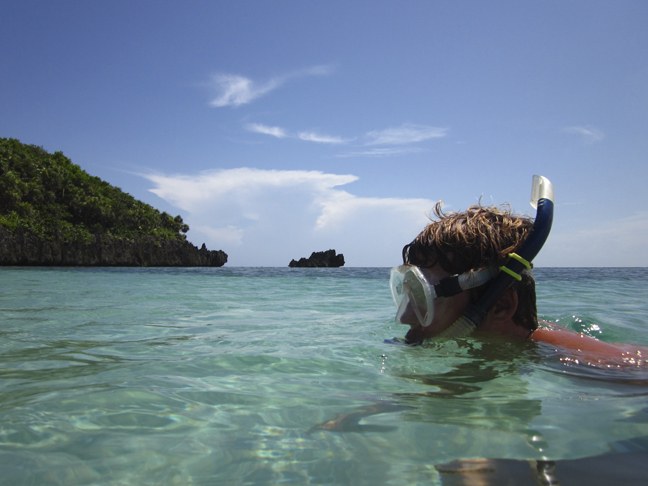 I had been feeling very smug and self congratulatory at our decision to bring our own masks and snorkels from Cayman when we saw the price the beach vendors were charging for day use. Now it was time to break them out and get in that water! I know a lot of divers get a bit snobby about snorkeling, like why bother when you can do the “real thing?” But I like bobbing along above the surface, feeling the sun on my back and pitifully trying to free dive down. And with the shallow water you can get some amazing pictures! It really was amazing snorkeling, tons of life and pristine reefs. It was the perfect way to spend the day and a great teaser for our dives the next morning. 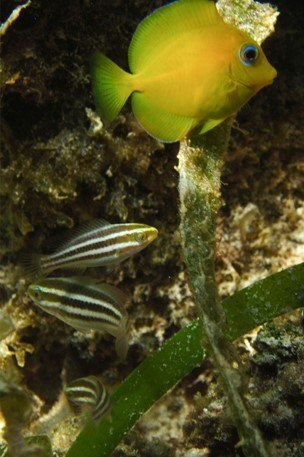 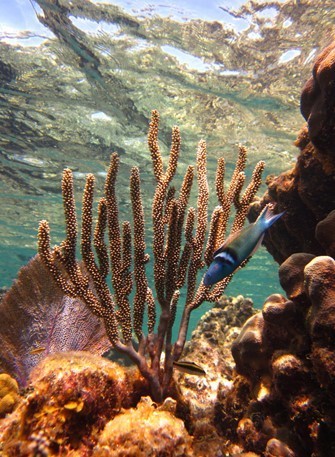 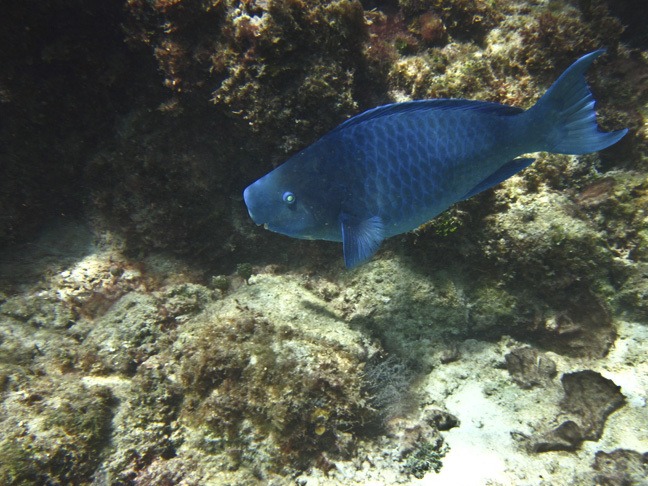 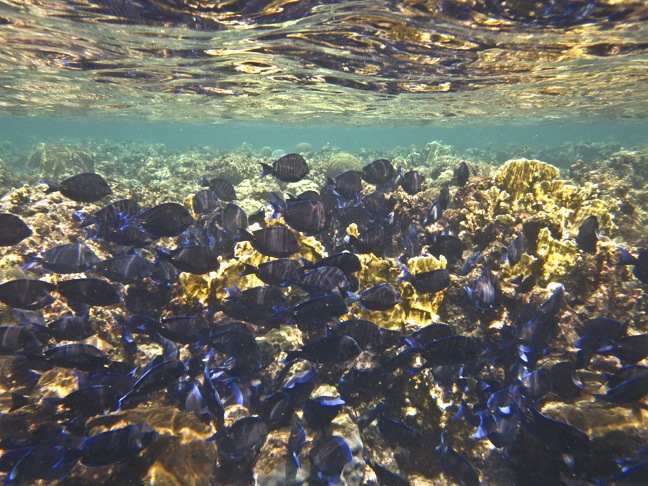 Next stop: even further underwater!