Five years ago, I wrote a picky-eating traveler’s manifesto, a confessional regarding my extremely limited palate, and a gentle plea to others to get their opinions off my plate. Five years is a long time, and recently, loyal readers started to pick up on hints at my bolder eating habits. “Maybe it’s time for an update?” they teased. Indeed, these days, I’m not quite as picky. 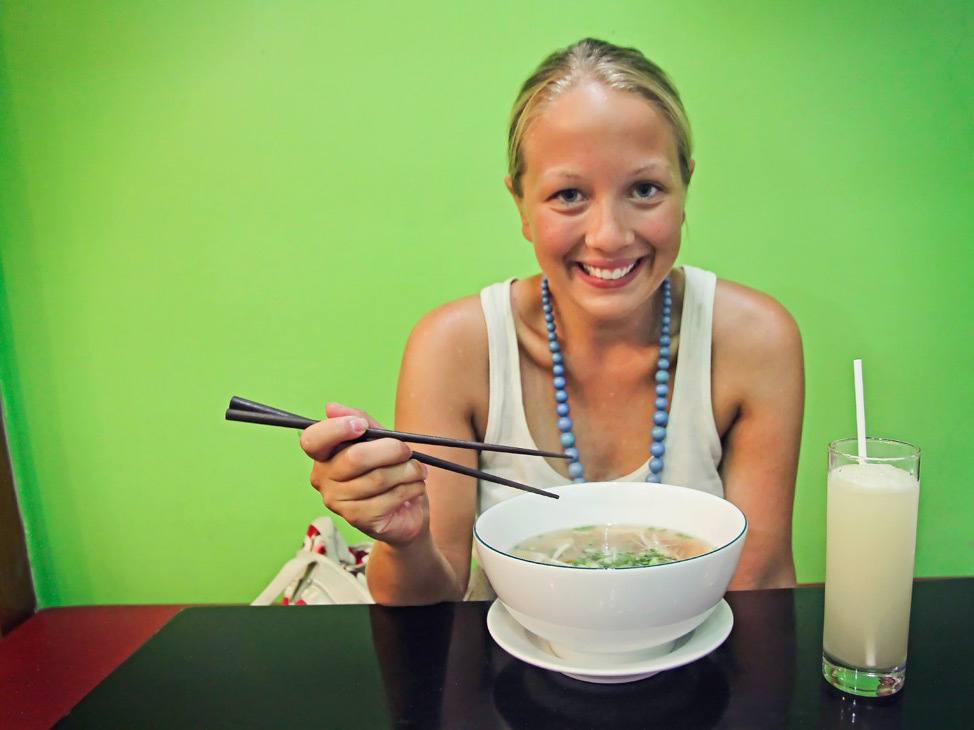 me, phở or five years ago

There are still a few major food categories and ingredients that I won’t entertain, including seafood, beer, mushrooms, coffee, olives, red wine, mayonnaise, sour cream, blue cheese, and any cut of meat with a name that includes a facial feature. I also still can’t stomach much spice, though my tolerance for it has increased marginally. The two categories that still cause the most headaches are seafood and beer, as seafood is often the primary protein source in much of the world (even the smell of it cooking can make me gag) and both are quite awkward to refuse when hospitably offered in social situation (being the only wine or cocktail drinker among a new group of friends who are buying rounds at the bar still makes me cringe). That said, beer isn’t exactly the healthiest of beverages to aspire to drink, and the more I learn about the environmental crisis and human rights horrors in the seafood industry, the less I care about ever finding a fish I could confidently order off a menu. At this point in my life, I’m generally pretty unapologetic about the list of things I won’t consume.

And that’s in part because the list of things I do is longer than ever before. It includes pretty much every fruit and vegetable under the sun (I still maintain that kale tastes like dirt though), beans (I specifically mention not eating them in my original post), hummus (my favorite snack with raw veggies), curries (massaman is one of my weekly staples), herbs like lemongrass and ginger (yum!) and even a few dishes from once off-limits cuisines like Indian (bring on the jalfreezi and saag paneer). Recently, I tried seasoned tofu for the first time and have even started occasionally ordering salads topped with it. If you just heard a thud while reading that sentence, it was my mother fainting and falling backwards off her chair. 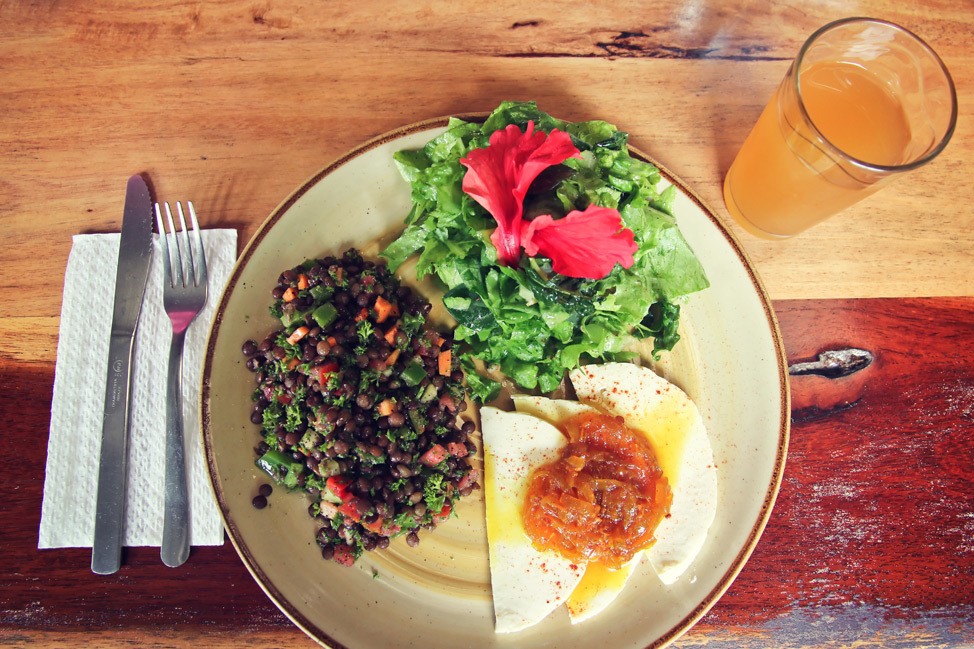 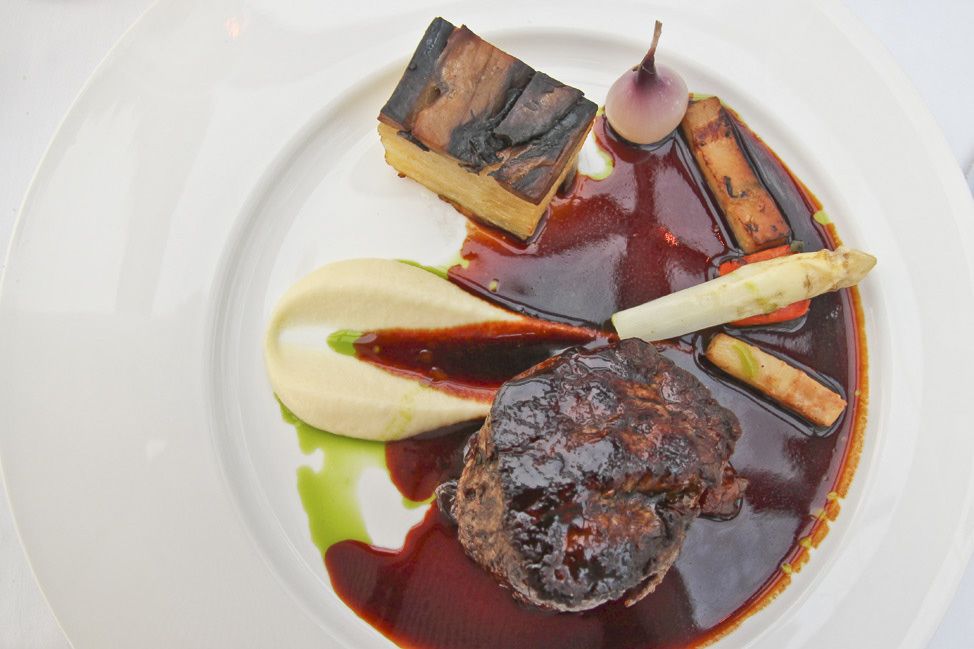 How did this happen? I think the change was brought on by a combination of age, travel experience, and the pursuit of a healthier lifestyle. I think it’s pretty standard that some pickiness will just be grown out of, as slowly enjoying a wider variety of foods with age is a common yarn I hear spun over and over again.

And though I resisted, travel slowly introduced me to flavors I either didn’t know existed, or didn’t know I was capable of loving. I realized that there were curries I could eat when a mild yellow version was the only thing served on a day-long dive trip in Vietnam. A summer in Scotland made me fall for hard ciders, while a road trip around Upstate New York finally introduced me to the wine of my dreams. My time in Central America set me up with the love of my life, avocados (I want to weep when I think of all the years I wasted not eating guacamole), and I believe it was in Indonesia that I finally accepted that occasionally mealtime meant pointing to various plates of unidentified vegetables and having them piled onto a banana leaf. (I am still very particular about the cuts and quality of meat I eat, which does still limit the street food experiences I’m able to enjoy.) 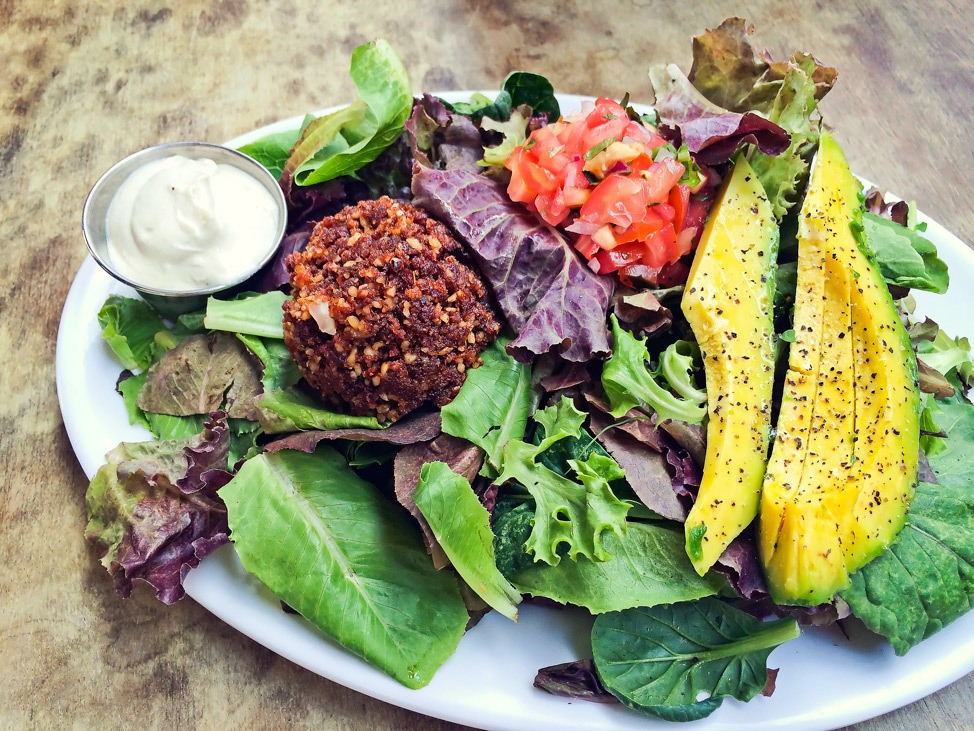 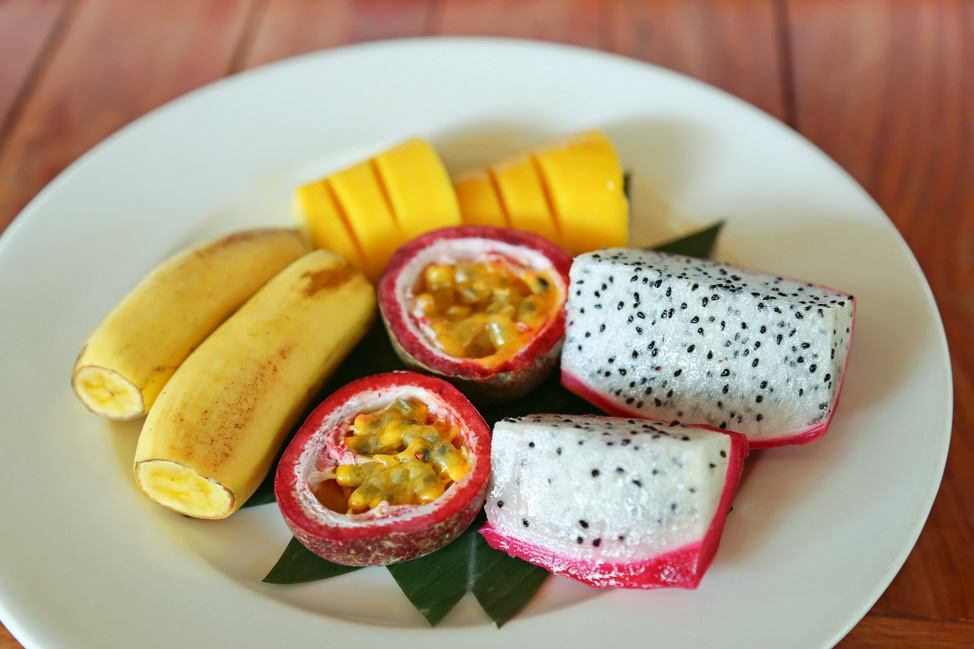 Finally, as my desire to be a leaner, healthier person grew stronger, I very naturally developed a preference for nutrient-rich super foods like cashew nuts, spinach and quinoa and started shying away from previous staples like white bread and white rice.

You know what has never worked? Being shamed into liking a new food. I loathe food bullies! What has worked is gentle recommendations from friends who are non-judgmental of my limited palate. A pressure-free “hey, I know how much you like ____ and so I think you might enjoy trying a bite of this ____,” has introduced me to many dishes I now love. 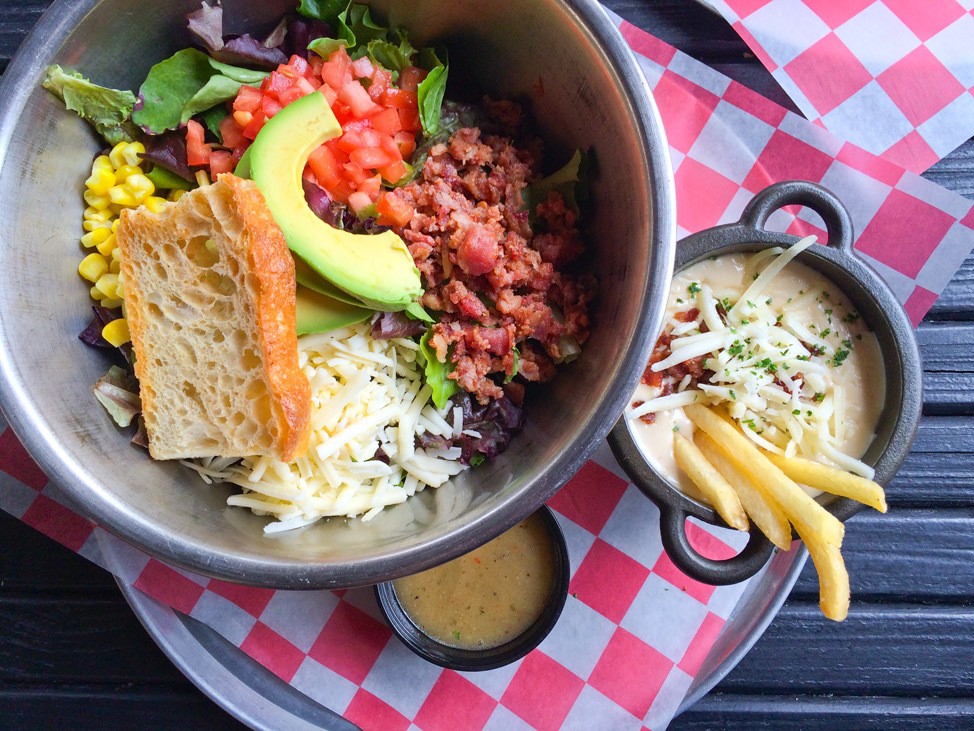 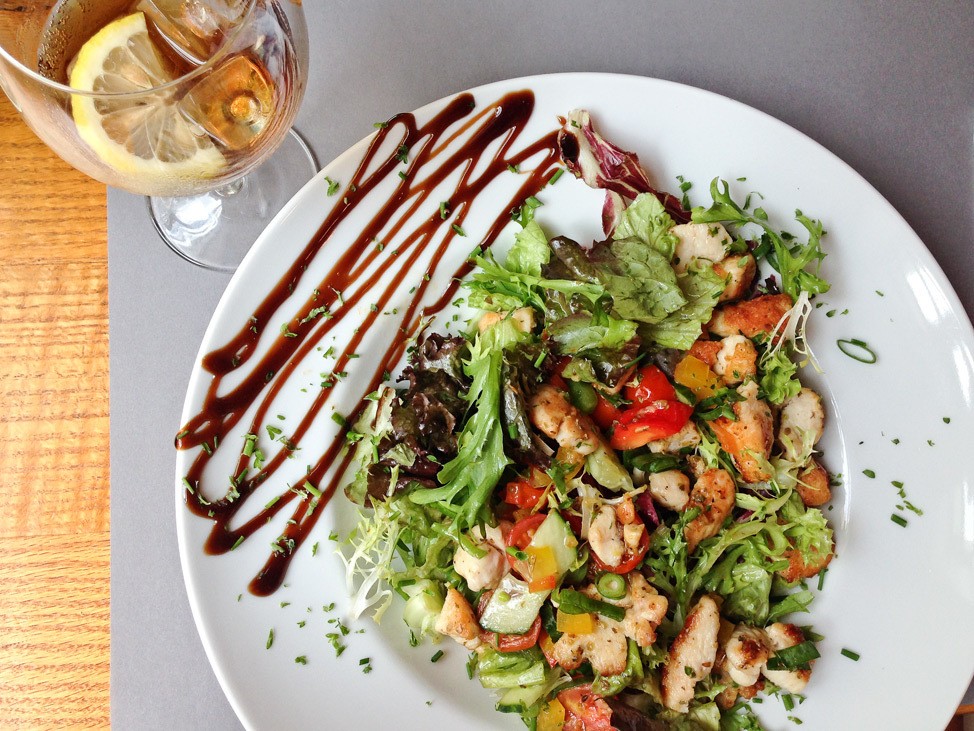 I wrote that first post because I wanted to vent and I wanted other picky eaters to know their limited palates didn’t have to hold them back from exploring the world. There are many travelers out there who consider food one of the most important aspects of their literal and metaphorical journeys – don’t sweat if it won’t be the most important aspect for you. Something else will! I wrote this post because I wanted to let picky eaters with a strong case of wanderlust know that they might someday surprise themselves with the things they order at a restaurant or reach for at a market.

And if you happen to see me there, enthusiastically tucking into a warm spinach salad with pork and pears (a recipe I pinned earlier today!), I’ll happily offer you a bite. If you decline, no worries – I won’t raise an eyebrow no matter what you order. 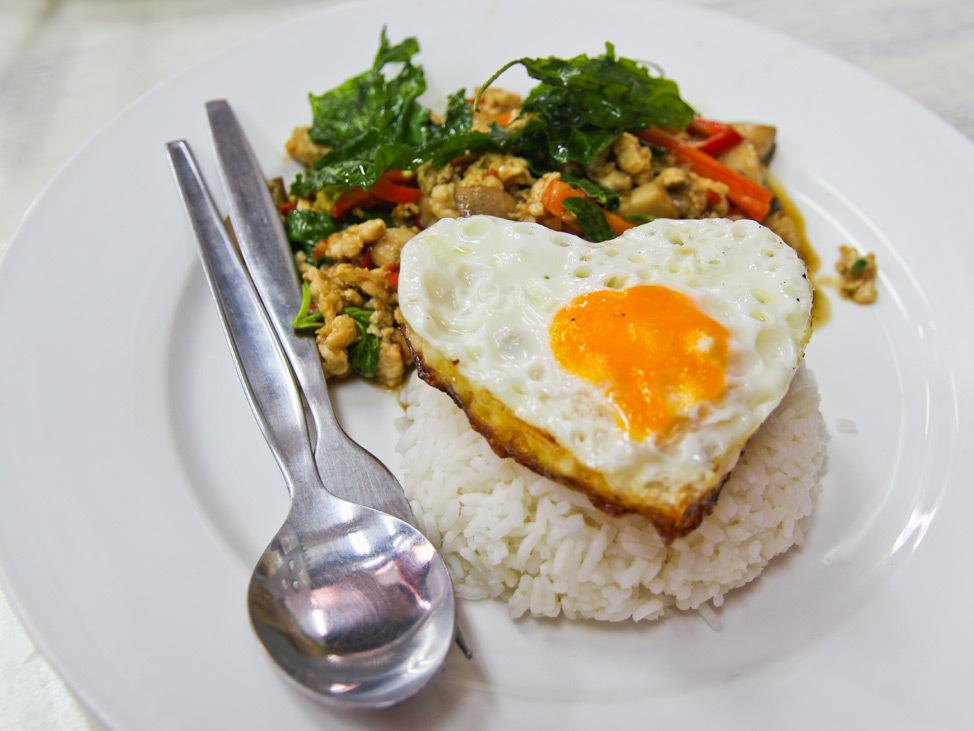 Any other current or reformed picky eaters out there? Holla in the comments and let’s talk survival tips!