Oh, my monthly roundups. They are so ridiculously out of sync with real time now (this post is basically one year late, ha ha) that I recently considered axing the series, but I decided to play catch up instead — so brace yourself for a couple of these coming up! However, now that I’m writing on multiple timelines they do serve as a nice roadmap of my archives for those who want to follow my travels chronologically.

Apologies for the delay, but I suppose better is late than never… right? ?

Oh, how hard it was to leave my island life! This was my final month in Thailand before jetting off to Brazil and a stateside summer, and it was a struggle to say goodbye. Aside from one hellish visa run and one giggle-filled girl’s weekend in Samui, I stuck close to Koh Tao and enjoyed my last bit of stillness.

This is a simple post for a simple month!

• One night in overnight transit 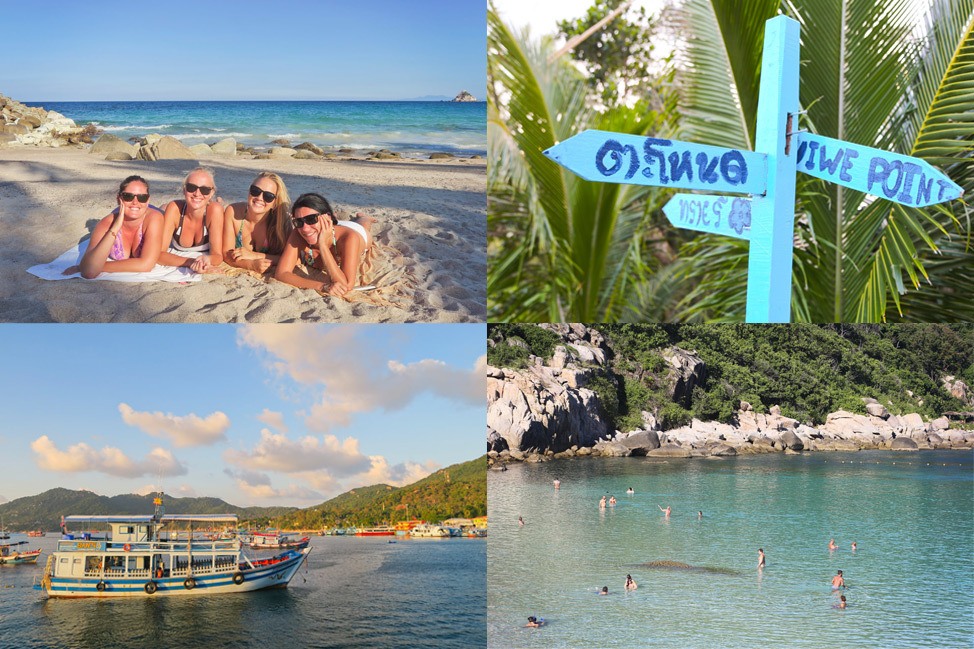 • Breaking my Diet Coke addiction! Long time readers know that I’ve long considered the stuff to be carbonated gold, and I spent years jolting out of bed and immediately heading out on a mission to source a can if I happened to find myself without it. I was well and truly addicted.

When I started thinking about doing a DIY health retreat, I knew I wanted to kick my ridiculous Diet Coke habit. But it took me months to psych myself up for it! I knew that there was nowhere better than Thailand to do it, since I don’t actually love the Thai formula for Coke Light. And you know what? It was raging success — so much so that I extended my initial four weeks to six! I took a million notes and learned SO MUCH from the process. Literally one of the greatest gifts I’ve ever given myself. It’s basically not travel related at all, but give me a shout if you’d be interested in a post about getting un-addicted from diet soda!

• Crushing my 5K time. Well, perhaps crushing is a bit of an exaggeration. But I did semi-train for a run for the first time ever, and I saw the results! I set a new best pace for myself, and had a blast crossing the finish line. It wasn’t just that final moment of euphoria though — I also cherished my sunset jogs with my running buddy Amy leading up to it.

• Easter Brunch. Our whole Samui girl’s trip was divine — not because we did anything super special (apart from the race, of course) or ate or drank anywhere especially noteworthy. But we were together, and it was our last big hurrah before my summer departure, and I just loved it. The highlight was our Sunday brunch complete with DIY mimosas and endless toasts to friends and upcoming farewells.

• Not one but two diving courses! A sidemount speciality and an enriched air certification were the perfect courses to take side-by-side. I learned so much, I got excited about diving on Koh Tao again, and I got to cap it all off with a group trip to Sail Rock surrounded by friends. I couldn’t have asked for better days in the ocean.

• Celebrating Sonkgran! My first Songkran years ago was just days into a heart-wrenching breakup with my boyfriend of three years, so suffice it to say that was pretty bittersweet. And I’ve been just missing the big day ever since in my comings and goings from Thailand. Finally, in 2016, I got to have a big wet and wild, happiness-fueled do-ver. Travel BFF Heather even flew in from Bali! Honestly, it was the best day I could have asked for. It’s one of the greatest holidays I’ve had the privilege of celebrating!

• Calling quits on Photo of the Week. It had to happen! I didn’t regret it for a second and I’ve really enjoyed focused more on my Instagram and Facebook since. (My newsletter has been far less successful, unfortunately.) It just took so much pressure off!

• Getting enough sleep. It says something funny about our society that I write here every day about my travels around the world but I’m almost embarrassed to say that I get 7-8 hours of sleep a night when I’m on Koh Tao because I know what a luxury that is.

I’ve spent years with various degrees of sleep deprivation due to anxiety and extreme scheduling. Not that both those didn’t flare up occasionally over my time in Koh Tao — and not that I didn’t have the worst mattress on the planet — but overall it was the most well-rested half a year I’ve had. 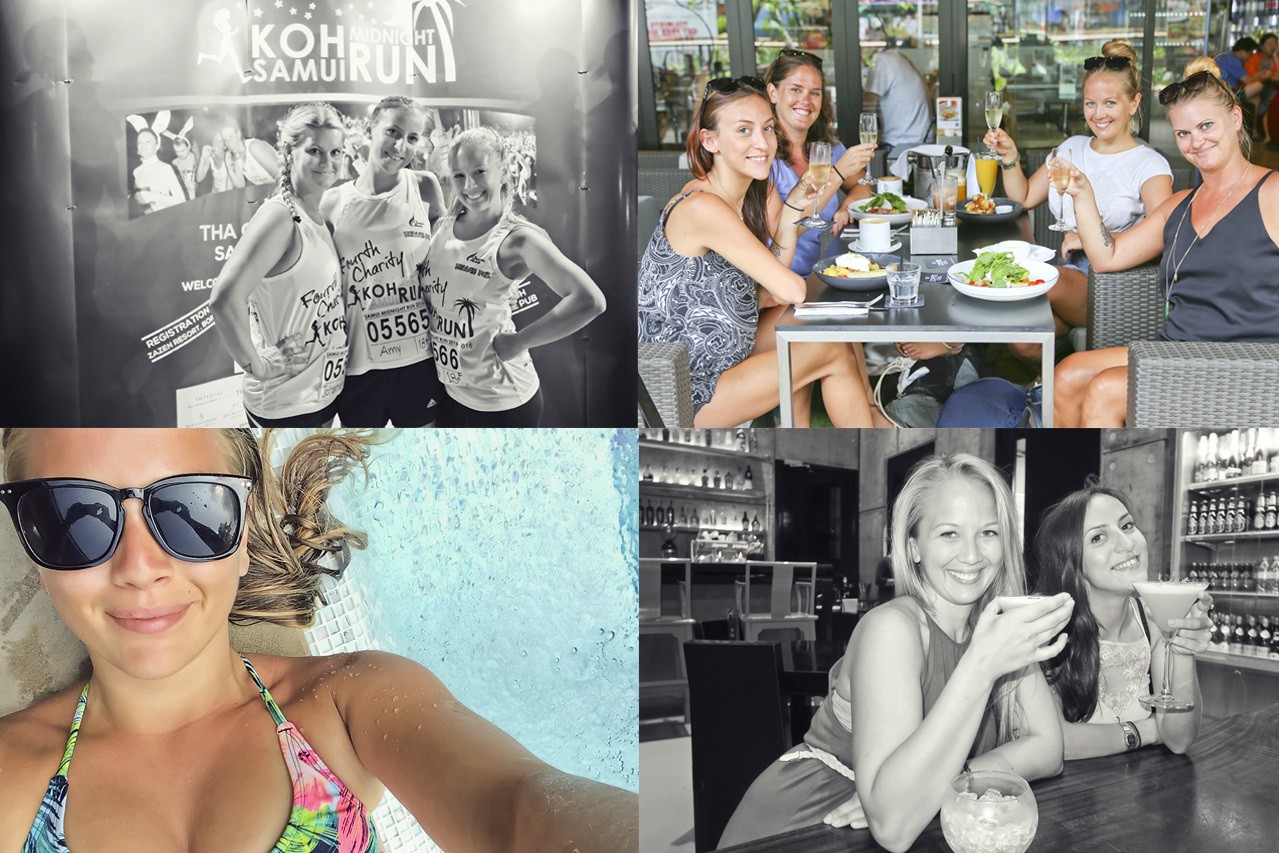 • Another hellish visa run to the Burmese border. Paying to spend twenty-four hours being motion sick and be bored to tears by a bureaucratic puppet show? I vowed then and there to never do another one — and so far I’ve stuck to it! (I take mini-vacations instead.)

• Our Samui hotel was pretty disappointing. After all the fabulous places we’ve stayed over the years, it was kind of a letdown to land somewhere so meh for such an epic trip — I really wanted to treat my girls to something special! Ah well, that’s what we get for booking last minute! We still had a blast.

• My Brazilian visa photo. Lol? I know it sounds like a funny thing to complain about, but I was legit horrified to learn that the awful passport photo I’d submitted with my Brazilian visa application was PRINTED ON THE VISA AND PASTED INTO MY PASSPORT. Of all the passport photos I’ve had to submit over the years, none but the original have actually ended up in my passport! Lesson learned: I’ll never settle for anything less than frame-worthy again. Tears were shed, guys. My vanity knows no bounds.

• The Boat Party… ugh. Honestly, this was so traumatizing of an event that this is the first time I’m mentioning it anywhere in public. And frankly, I’m still going to be super vague, because I’m always on edge writing negatively about anything pertaining to the Thai Government or authorities, considering the country’s track record of warmth towards free speech and criticism.

But basically, what happened was this: a yacht was hired for a private party of mostly long-term expats. We boarded the boat with much elation and enjoyed our fun at sea for about an hour before being approached by a police vessel which boarded the boat and forced it back to a pier other than the one we’d departed from. When docked, we headed for the end of the long pier — only to realize the police had locked it from the other side. We spent two hours in the hot sun with no water or access to bathrooms, portions of it on our knees with our hands over our head, while the police tossed the boat and tried to figure out what charges we could be held on. When we were released, we had to write down names, passport numbers, addresses, and more. It was incredibly traumatizing and I actually cried when we were finally freed. Anyway, that’s the short version — for the longer one, you’ll have to wait for an incredibly juicy chapter of the book I’ve finally accepted I’ll try to write someday.

• Leaving Koh Tao. Seriously, it never gets any easier. This was one of the best seasons I ever spent on the island, and leaving literally felt heart-wrenching. That said, a travel writer stranding herself on an island that is the isolation equivalent of being a 4-5 hour drive from the closest, most expensive airport and a 7-8 hour drive from the more reasonably priced one is not a sustainable business plan and I recognize that my time off the island is necessary for both my business and my mental health! Still, there are always things I long for when I’m away. 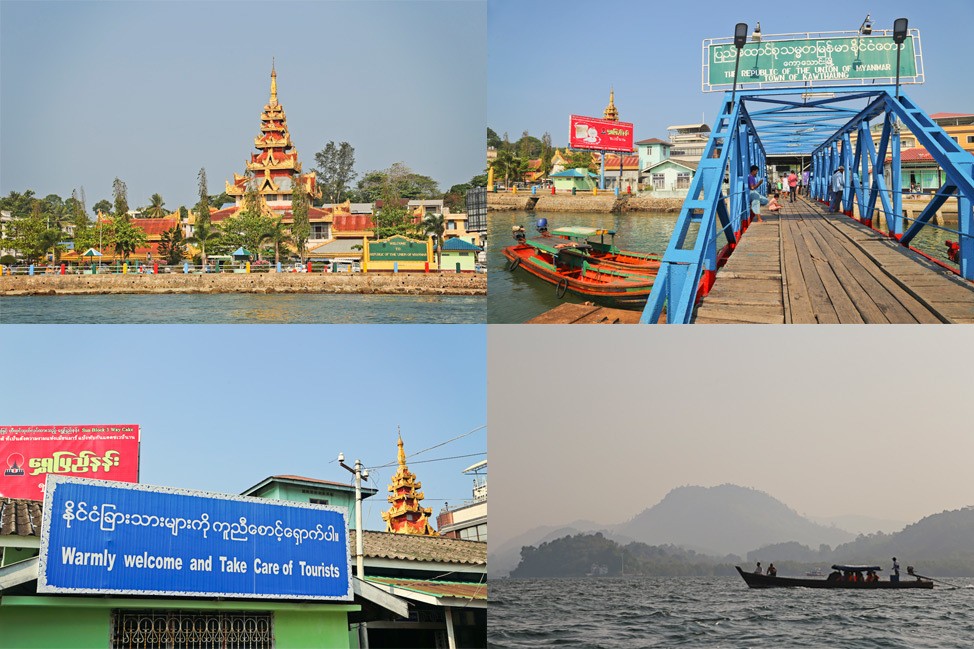 Best and Worst Beds of the Month

Best: Well I didn’t really travel much this month but I did soak up my last beautiful weeks of sleeping in my own apartment! Kind of a shame that I loathed, ya know, my actual bed.

Worst: Easy — my evening on the night boat with broken AC followed by a miserable motion-sickness inducing car ride to the edge on Thailand on my visa run. (Though frankly, the hotel in Samui was nothing much exciting either.)

Best and Worst Meals of the Month

Best: Our post-Songkran brunch at my friend Janine’s house! I made banana cinnamon pancakes and mango mimosas — hangover food in the tropics.

Worst: Sorry to be a broken record, but I’ll have to go with “whatever shitty snacks I compiled from a five-minute stop at 7-11 just over the Burmese border.” Yeah, I really hate those visa runs. 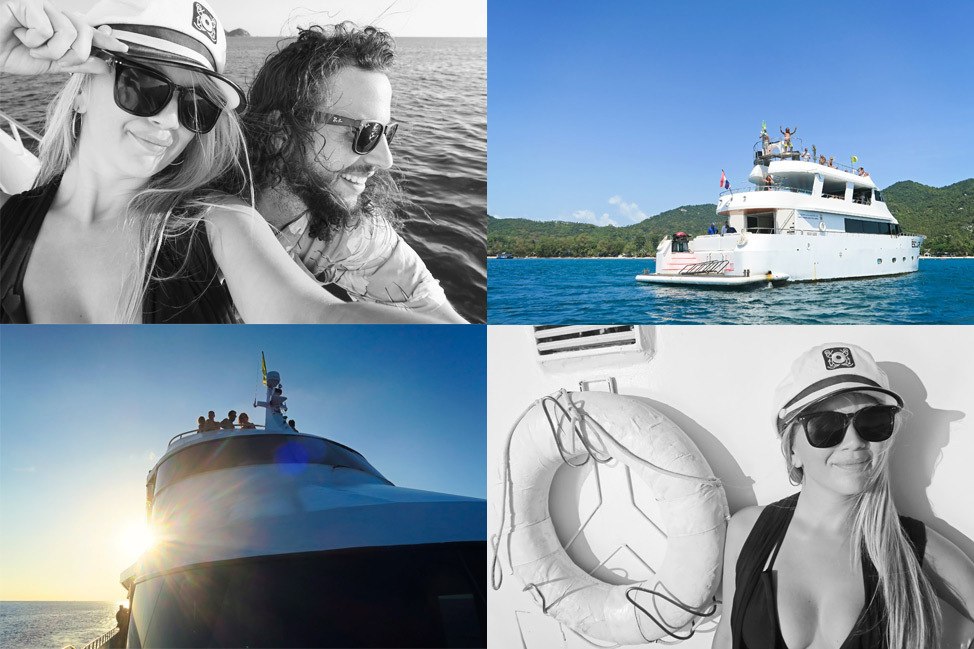 I had another nice and low-key month of expenditures (much needed before the spend-storm that was Brazil!). While Songkran and our trip to Samui were mild splurges, my day-to-day lifestyle on Koh Tao is so affordable it can definitely absorb the blow of a few fun activities thrown in per month. In Samui I also used some built up hotel credit I had — nothing special for being a blogger, just normal loyalty programs anyone can use! — to cover the majority of the cost of the rooms.

Unusually for me, two of my biggest splurges were clothes and accessories — new bikinis from local Koh Tao designer Flip Flop and Treacle, and some new jewelry from local island jeweler Amy Jennifer Jewellery. Had to send myself off in style!

Hallelujah! I doubled my income from the previous month thanks to a few big campaigns coming in with my regular blog partners, as well as a successful month for affiliate income. Again — right before Brazil, I seriously needed it.

Between my 5K, the training for it, and trying to use up all my gym and yoga passes before heading off to Brazil, I basically crushed it. Admittedly, Songkran was quite debaucherous, but overall 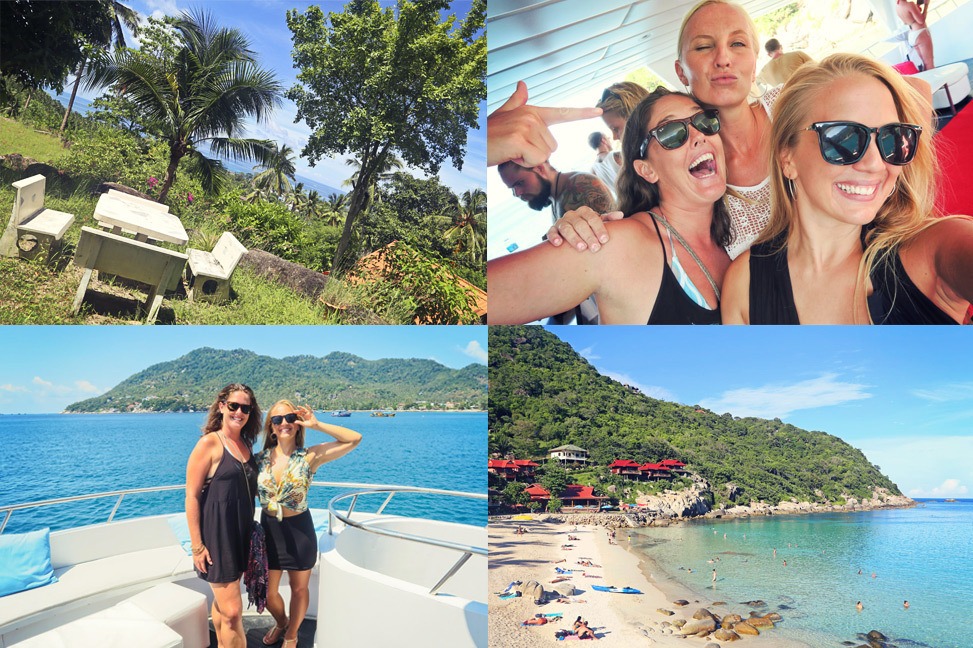 I simply couldn’t ask for better travel companions than all of you!

Since I left home for my Great Escape, I’ve been doing monthly roundups of my adventures filled with anecdotes, private little moments, and thoughts that are found nowhere else on this blog. As this site is not just a resource for other travelers but also my own personal travel diary, I like to take some time to reflect on not just what I did, but how I felt. You can read my previous roundups here.

The Best Airbnbs in Brazil Out On the Dunes: ATV Adventures in Jericoacoara
16 Comments...