Our time in Cambodia had sadly come to an end. With only a few days left on our visas, we were back in Phnom Penh. Our main reason for coming was picking up some new visas, since you all voted to send us to Vietnam! But you know us, we had a few other interesting things on our agenda…

We had always planned to be in Phnom Penh on this specific weekend in order to attend Water Festival. The celebration caught the attention of the international community last year after a stampede on a bridge tragically claimed over 300 lives. So clearly, this year was already going to be a fairly subdued affair. Then, the recent horrific flooding prompted officials to cancel the water boat racing- the festival’s main event- in order to redistribute funds to aid programs.

None of the above stopped millions of Khmers from flowing to Phnom Penh from every corner of the country. The streets along the riverfront were in gridlock. Parks were packed seemingly shoulder to shoulder. An ornate traditional dancing show played in the background on a massive main stage, being filmed and broadcast to the rest of the country. Illegal gambling and found-object carnival games took place on street corners. The smell of grilling street food filled the air. Behind it all, the palace was lit up and so, so beautiful. After all the hardship that last year has brought on this country, I felt so lucky to be able to be able to attend what is the biggest and most important celebration of the year in Cambodia. It was a night I will never forget.

Unfortunately, locals advised that my camera would be whipped off me faster than I could read the Lonely Planet Cambodia’s Dangers and Annoyances section, so I’ll have only my words to remember this night by. Here are some photos from years past: 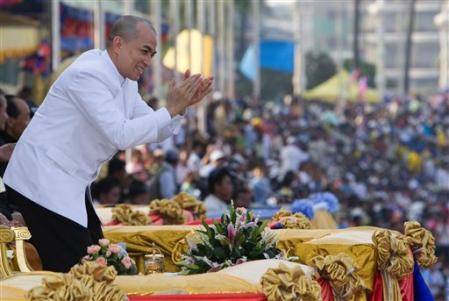 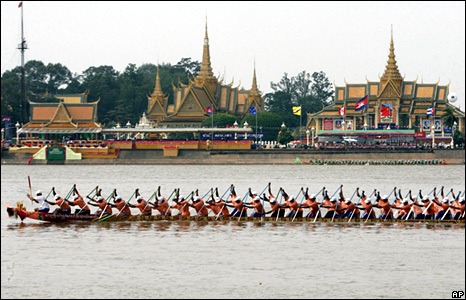 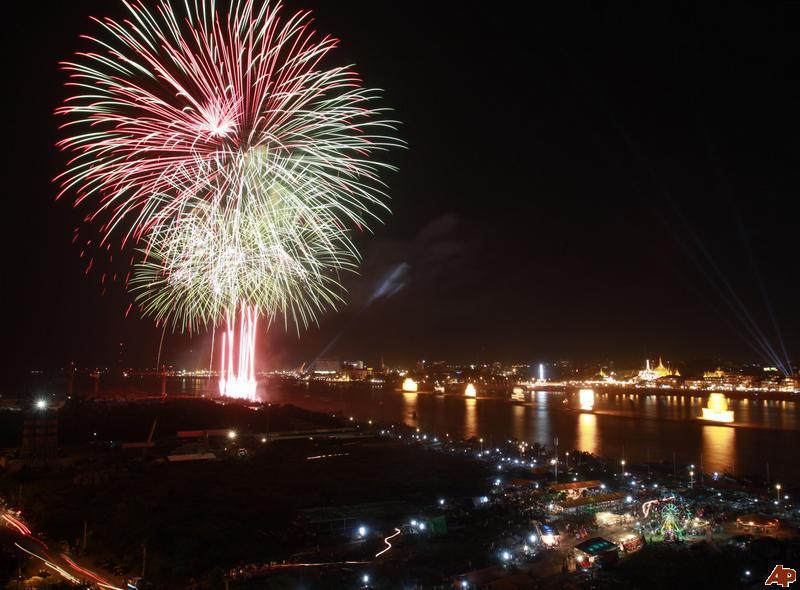 A Taste of Home

While wandering the streets this particular weekend we stumbled upon two particularly personal landmarks- both a totally explainable Statue of Liberty replica (miss you NYC!) and a Montessori school. Montessori is a education system that, in terms of my childhood, meant calling teachers by their first names, not sitting in desks, and basically playing with blocks, which apparently teach kids way better than worksheets can. We also had this event called International Day each year where we all picked countries and prepared for months for the event, which was similar to a science fair in setup, only with more international baked goods. I credit my Montessori education with basically any academic success I manage to achieve, so I was pretty excited to know that one exists in my favorite city in South East Asia. We’ll just go ahead and blame my public school education for any typos you see here. (Just kidding, proud Shaker High alumni here!)

Anyway, it was great fun to see these two relics of my life back home, way across the world in Cambodia. 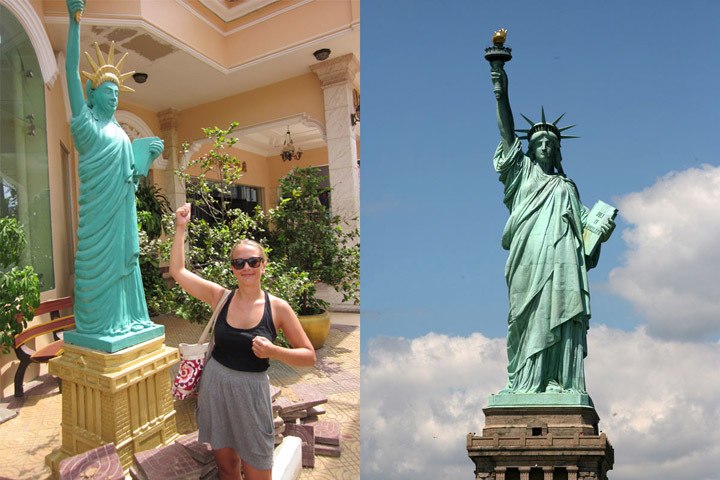 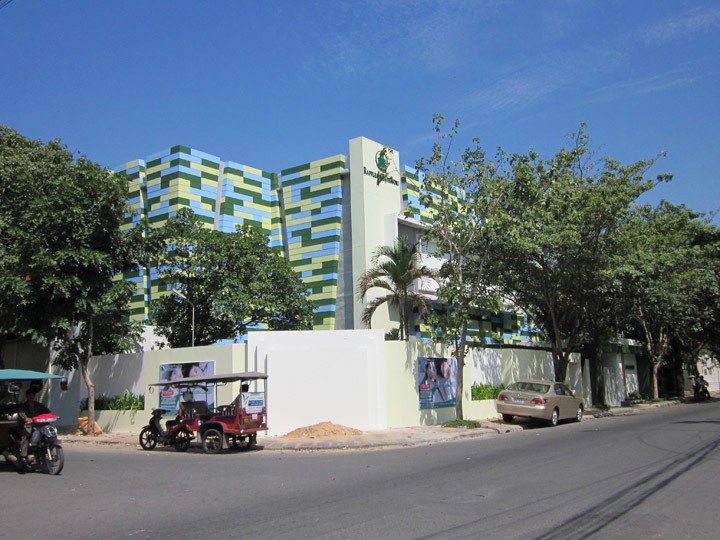 One of my favorite “off the radar” things that I like to tell travelers heading to Phnom Penh about is Sorya Shopping Mall. The mall itself is pretty sub-par, lacking interesting stores or a decent food court. But those that soldier on to the top floor will find a hidden gem: the best views in the city from an open-air deck, and local kids breaking it down at a super popular roller rink. 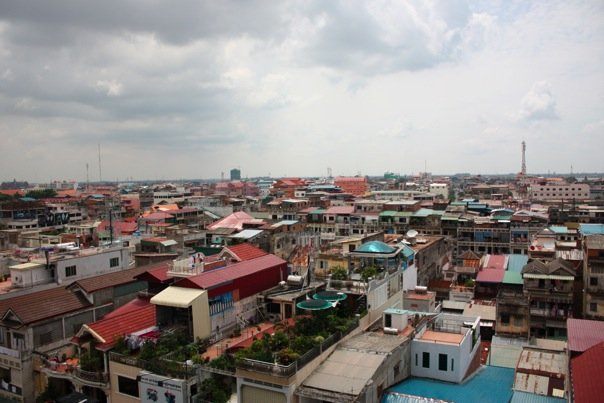 This was the third time I found myself on that roof, listening to horrible covers of Western pop music while watching Khmer kids show off their impressive moves on the ramps. 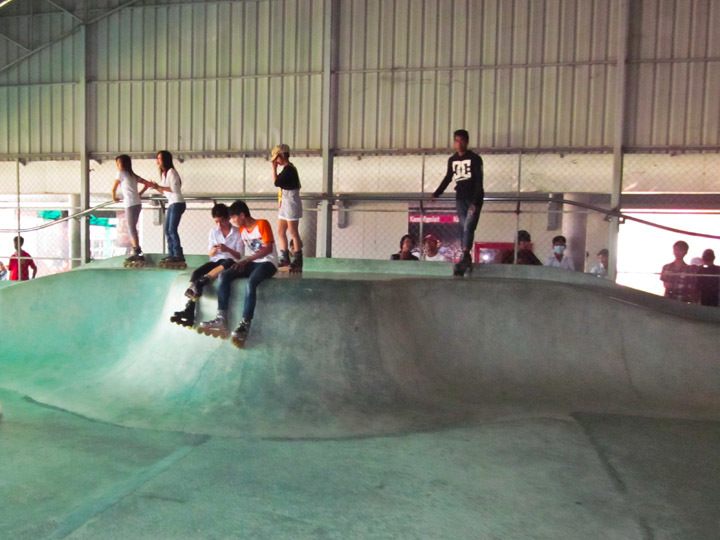 But that just wasn’t cutting it anymore. I hadn’t been skating since Guptill’s Roller Rink was the spot for cool kid’s birthday parties, but I was feeling fairly inspired by the jumps and twirls and backwards skating I was seeing. 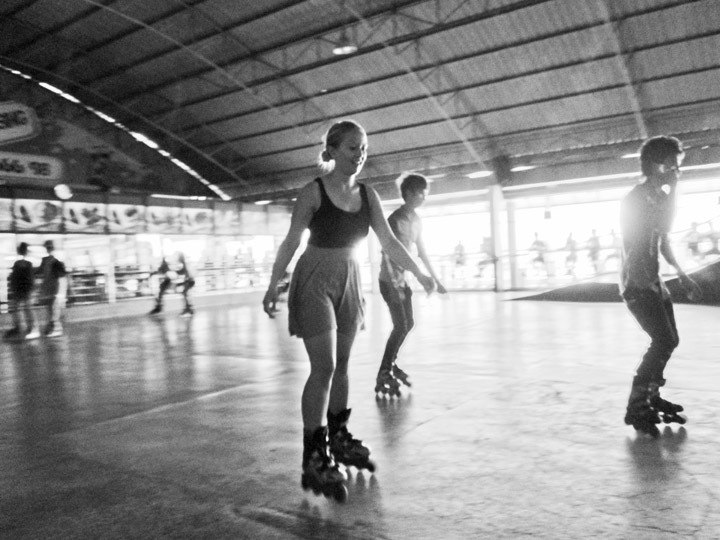 After paying our whopping 3,000 riel (75 cents) skate rental fee and hopping in the rink, Mark and I made quite a stir. We were two of very few falang even in the mall, and certainly the only two skating. A few times Mark came up behind me and tried to push me and was totally startled when he was  latched onto by several laughing kids forming a “skate chain.” Skating up on the roof of Sorya Mall, overlooking Phnom Penh, I felt like a kid again. 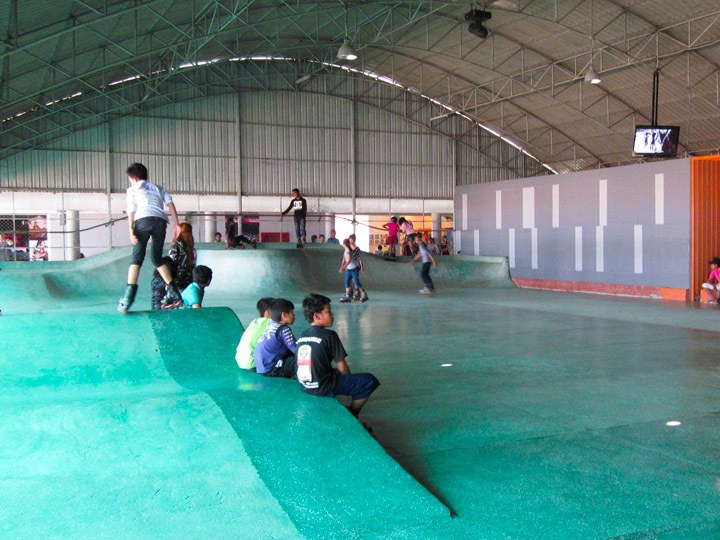 When we were out of breath from skating and laughing, we went straight to snack bar to drink soda out of glass bottles and watch the rest of the show. It was such a hilariously perfect afternoon. 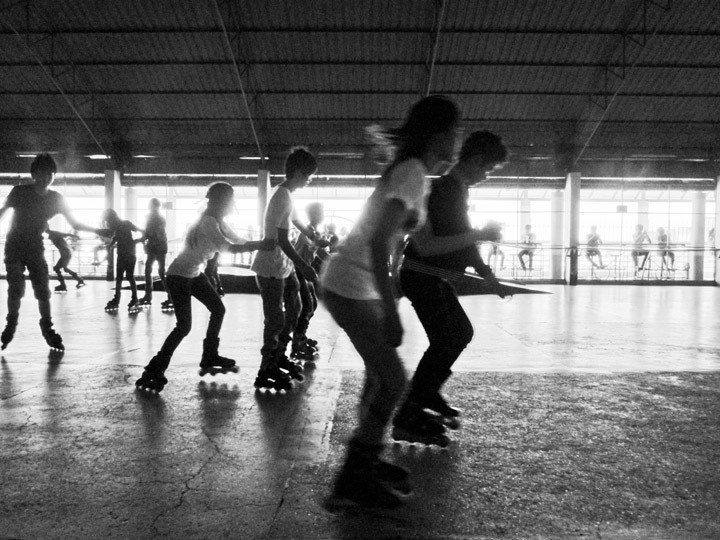 It’s weekends like this that are my favorite parts of travel. We didn’t attend any major attractions, didn’t take in any great sights. But we had a lot of laughs, a healthy dose of local culture, and discovered things that no guide book could tell us about.

What happened next will have to wait for tomorrow, as it most certainly deserves a post of its own…

Where to Stay in Sihanoukville Photo of the Week 28
16 Comments...