Getting Witty in Istanbul

See what I did there with that title? Set myself up for failure. Being witty on demand is harder than you might think. Go ahead. Try it.

Arriving in Instabul was a shock to the senses. After a week of being pampered and catered to on our cruise, we were thrust back into the real world, which required navigating a language barrier and new currency while trying to arrange a cab ride to our accommodation. After several blank stares from cab drivers we finally called the hotel who told us to hand the phone to a driver. He listened, nodded solemnly, and moments later were being swept away in a cab. Now that’s service! When we arrived the hotel manager came out to welcome us and to make sure we were being charged the correct amount.

I don’t write a lot about the places I lie my head when I travel. In some cases, I’m staying with family and friends (Scotland), while in others, I’m staying in non-descript budget guesthouses (Malaysia). But the place we were about to arrive at is worthy of more than a mention. I’d say its worth about eight photos and about fourteen descriptive sentences, and a post of its own. Do you agree? 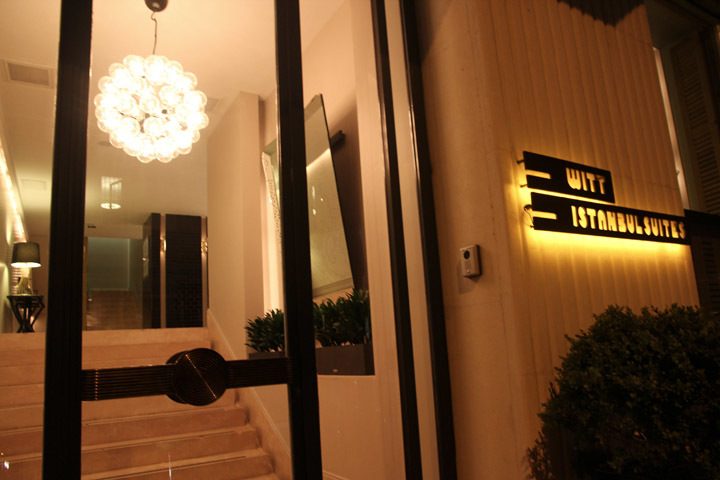 The moment we arrived at the Witt Istanbul, I was smitten. We had chosen the hotel on the recommendation of my very stylish and design savvy mentor at Melangerie, so it came as no suprise. Each night included a delicious hot breakfast served in this adorable front room. 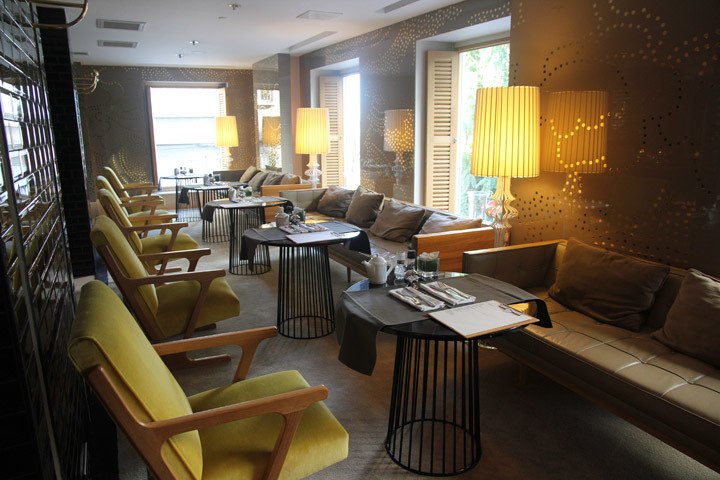 While the entire hotel was like a design magazine come to life, my favorite feature was the elevator, which featured a glass door with hand painted murals behind it. As you went up and down, a little cartoon strip came to life before you. 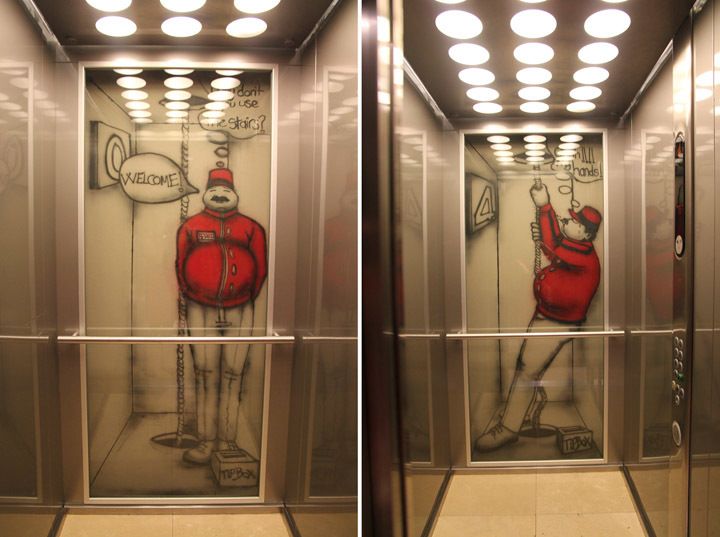 Then we walked in to the suite, and we just looked at each other and laughed. We agreed, this surely was the most beautiful hotel either of us had ever stayed in. Of course for me it was up against a bunch of seedy guesthouses, some smelly hostels, and a 65 foot boat with 28 people on it. So that’s not saying much. But my Mom has been to some pretty nice places in her years of traveling. 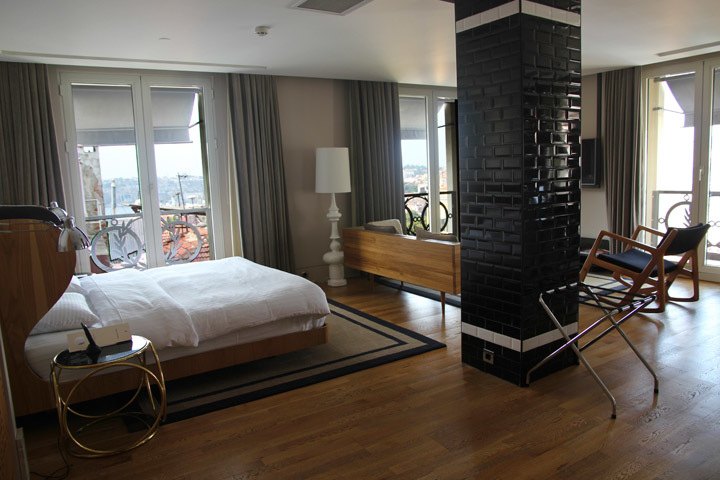 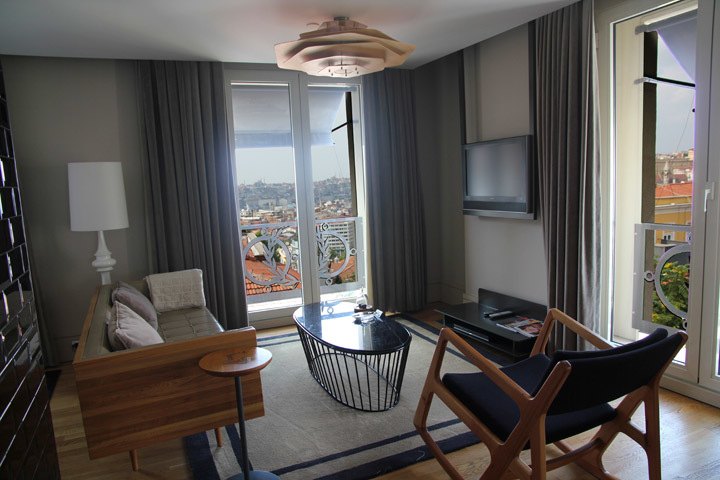 There was even a kitchenette, which was a nice touch though we didn’t use it. After being on an all inclusive cruise for a week, I had to remind myself that the sodas in the mini-fridge were not complimentary! 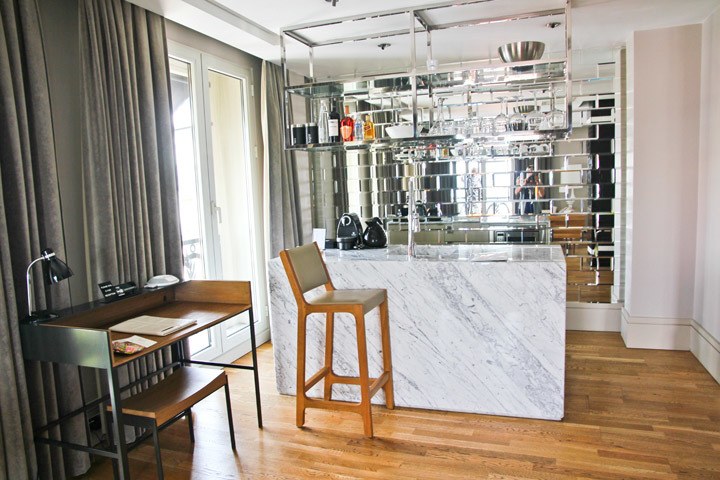 There were so many beautiful touches, from the textured wall above the bed to the miniature chocolate cakes left for us everyday. If only hostels could pick up the tradition of leaving presents in the room for you.

Even the bathrooms were chic! We basically spent the next hour or two just admiring out surroundings and exploring the hotel. 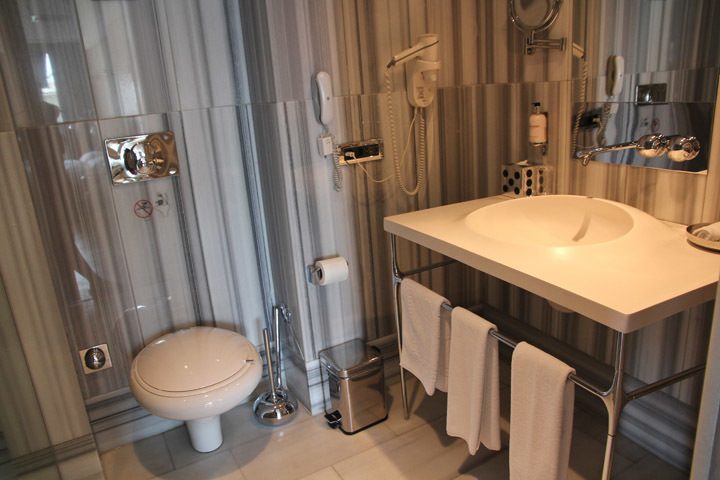 Eventually we were able to draw ourselves away from our room, as with only three nights in Istanbul we were going to have to move fast just to brush the surface of what this city has to offer…

Photo of the Week 16 Istanbul By Bus and Boat
20 Comments...