Last year when I rolled out my plans for 2014, I said that I wanted to build a life that involved “roughly a third of the year in the US with friends and family, a third of the year in my home away from home of Southeast Asia, and about a third actively exploring new places.” I’m happy to say that I stuck to that plan last year, and I’m all set up to do so again this time around.

One thing that made my heart swell while I wrote this post? How much of 2015 is going to be spent with my nearest and dearest. And while beyond the next two months, little is confirmed and much is up in the air, I’m absolutely tickled by the direction in which this year is heading. It might just be my best one yet. 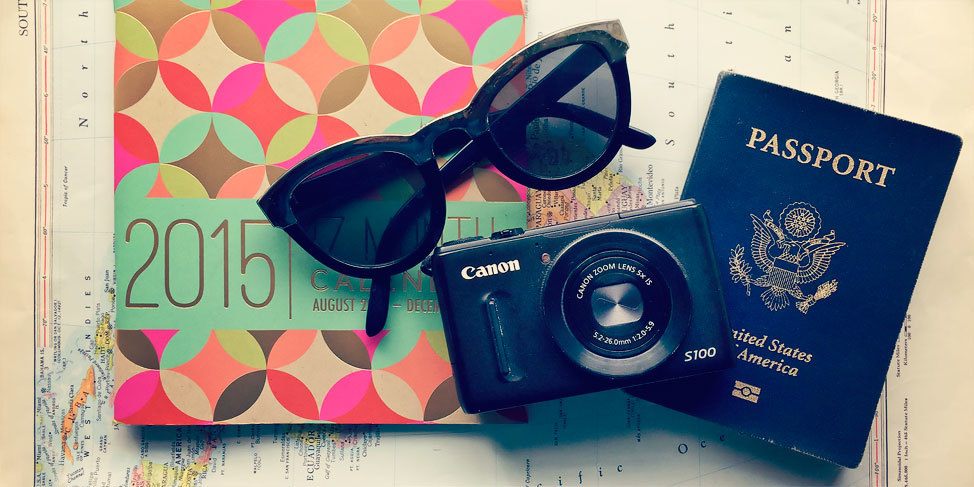 Startin’ in the South

I really agonized over how to kick off 2015. But if you follow me on Instagram or Facebook, you know where I ended up. I’m thrilled to be spending a week hanging with my baby sister here in New Orleans — and, bonus! Brooklyn Bestie Zoe and her sister are here too. I love this city.

This weekend, I’m heading straight for a state I’m long overdue to return to — Florida. (And via a free flight, thanks to my stash of Southwest miles!) I adore the Sunshine State and literally could not be more jazzed about this trip, which will involve eighteen days, four cities, five family members, two close friends, and countless hours of sunshine.

I’ll be starting with a few days in Orlando using more of my dad’s Disney points — thanks dad! — before heading up to my girl Angie’s hometown of Jacksonville for a few more. Next, I’ll take the train down to Tampa, where I’ll hang out with my aunts for a week — my dad and little sister are even flying in for a few days of fun. Finally, I’ll be joined by Hometown Hottie Michelle, who will copilot our road trip down Route A1A to Miami, where my cousin Eric is based. While I’ve been to Florida dozens of times in my childhood, I’m loving rediscovering it as a traveler. Please feel free to share any travel tips or must-dos for anywhere along the way! 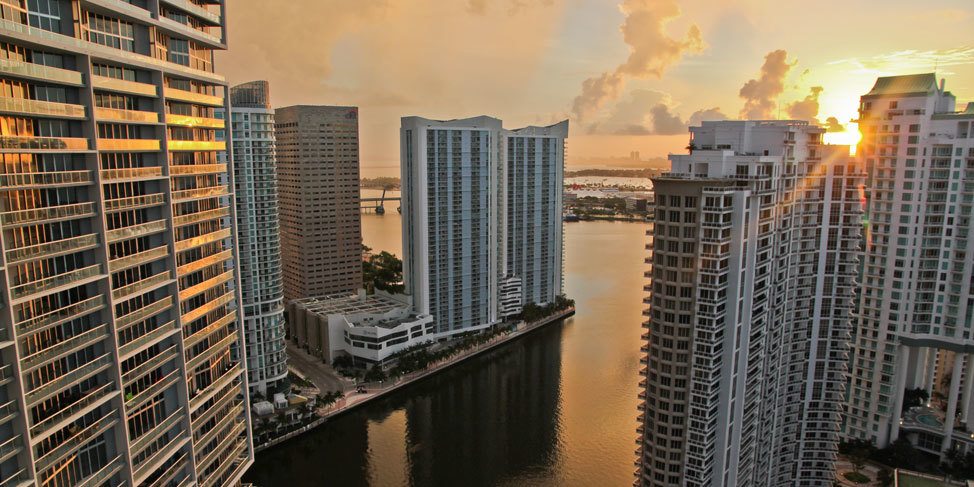 I’m bubbling over with excitement for this, and can’t believe I’ve been able to hold out on telling y’all for so long (though let’s face it — I’ve been hinting). Mid-January I’ll fly from Miami to Managua (another free flight, this time courtesy of my Aadvantage miles) — Central America here I come! I’ll be relaxing in Nicaragua for about a month before heading to El Salvador for Equilibrio, a new festival being hosted by a group of my closest Brooklyn friends. I’ll be hosting a writing seminar at the festival and look forward to soaking up all kinds of inspiring creative vibes.

Post-festival, I plan to explore El Salvador and Guatemala, or possibly return to Belize or Honduras. Aside from the festival and a week when I’ll be joined by my sister and cousin (who are teachers in different states, but just so happen to have the same spring break!), I’ll be doing this trip spontaneous and solo. I’m fired up to get back to my backpacking roots and go at my own slow pace, to work unselfishly, and to both enjoy and escape the Gringo Trail as needed.

And I’m going to cap this trip off in the most festive of ways — joining my girl Heather for Batabano — basically the Caymanian Carnival — in my old haunt the Cayman Islands! A relatively cheap and direct flight from La Ceiba, Honduras to Grand Cayman makes it the perfect pit stop on the way home.

Summer in the States

I happily plan to continue to my tradition of spending the summer months within North America, soaking up the good weather and traveling domestically to visit loved ones. Nothing is set in stone yet but I’m sure there will be heavy heapings of Albany, New York, and Martha’s Vineyard. Also in the works? Trips to Ithica, Philadelphia, Chicago, Nashville, Seattle, and Newfoundland (finally, a proper trip to Canada!). I’m also hoping to make it to TBEX North America, pending the date and location announcement, and am considering entering the Burning Man ticket lottery again.

It will be a busy four months! And it could have been even more hectic — I scrapped original plans to spend a month in Europe taking advantage of several enticing opportunities. But part of my Burnout Reduction Plan is saying no to even the most tempting offers if it means maintaining my sanity and remaining true to my top priorities — which in this case is dedicating my summers to family and friends. 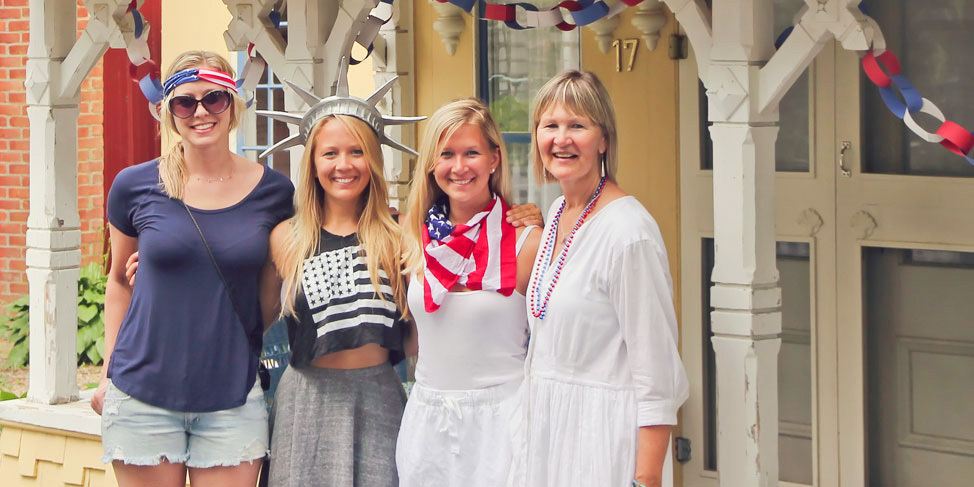 You know I can’t function without a flight to Bangkok in my future, right? I’ll be heading back to Thailand in early September and I plan to stay put in the region for about six months. (After which I’ll be popping back to the USA for a family reunion in Key West to celebrate my dad’s retirement and a major milestone birthday — I’ve never nailed down a trip so far ahead in my life, but you’ve got to when you’re juggling fourteen schedules!)

When I think about this time back in Thailand I daydream about happy days based back on Koh Tao, side trips to visit friends on Bali and Gili Trawangan, returning to Yi Peng festival in Chiang Mai, finally discovering Myanmar with my friend Anna, but mostly just large swaths of time sitting still. This is where I recharge. This is my happy place. 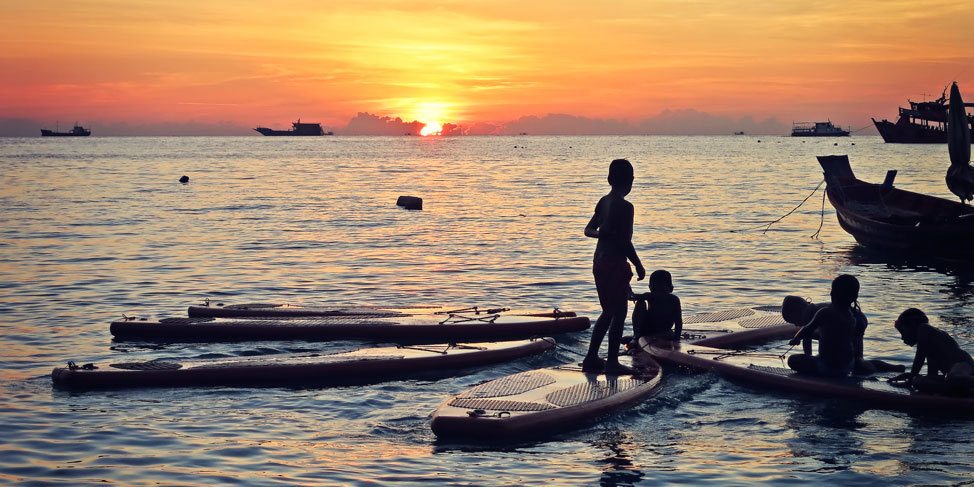 So, do you have any tips or tricks for me? Which trip are you most excited to read about?