Since I left home last June on my Great Escape, I’ve been doing monthly roundups of my adventures. As this blog is not just a resource for other travelers but also my own personal travel diary, I like to take some time to reflect on not just what I did, but how I felt. I also like to remind myself of moments, incidents and random thoughts that never made it onto the blog! You can read my previous roundups here: Month 1, Month 2, Months 3 and 4, Month 5, Month 6, Month 7, Months 8 and 9, and Month 10. 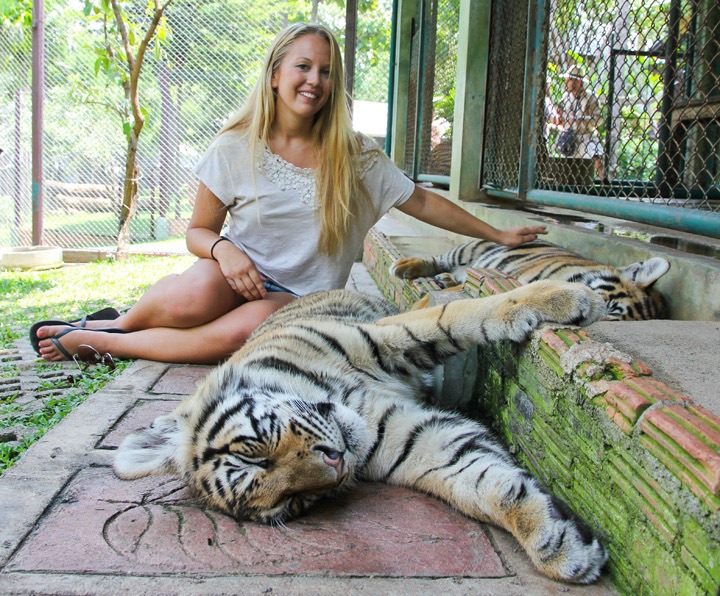 So, Month Eleven. It was a doozy. For those of you that are new around here, Month 11 is the one in which my three-year relationship came to an end, and I went from part of a nomadic duo to a solo traveler overnight. It makes for an odd month for a highlights and lowlights list, when all the highlights were shadowed with sadness and all the lowlights were made poignant  simply by the fact that I survived them. But that’s life sometimes. Never in my life have I lived this particular adage so purely.

Emotionally, the journey was epic. But physically I covered a fair amount of ground as well. I said goodbye to my beloved Koh Tao and spent two weeks exploring cities north of Bangkok —  virgin territory for this Thailand lover! 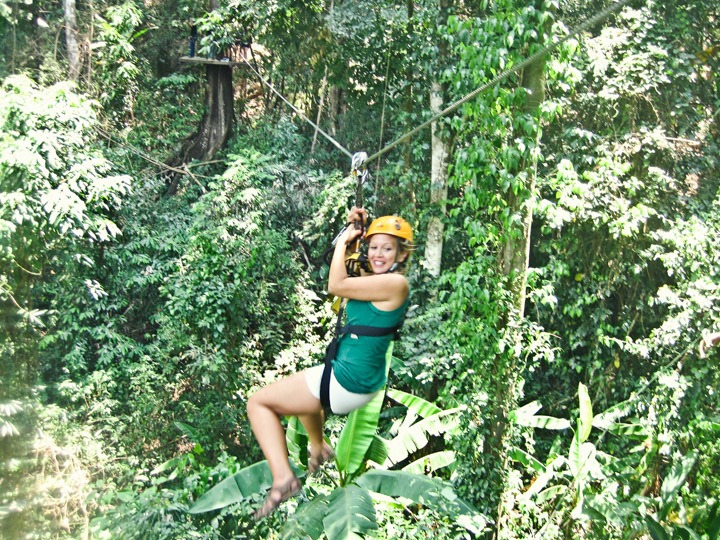 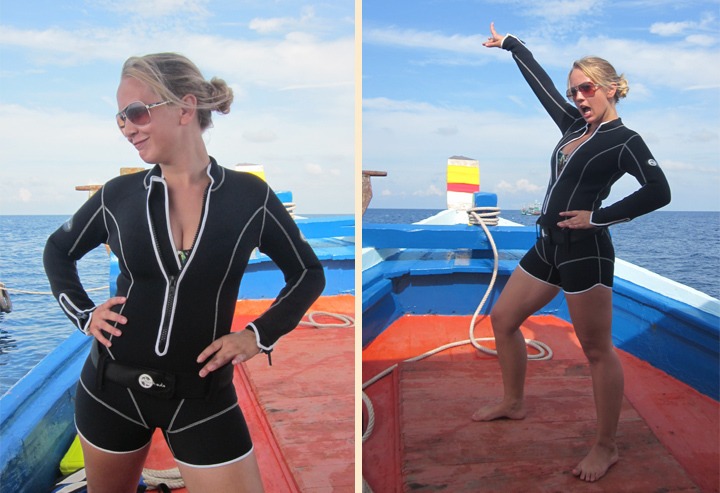 • It’s trite but true: when tragedy strikes, you find out who your real friends are. One friend took me in to her home, another checked in on me every single day, another helped me sell off my things, and another dragged me to the gym each afternoon and acted as my personal trainer. I always knew I was part of a special and amazing community on Koh Tao, but never before did I feel it so distinctly. While I wanted to do little more than lay in bed and watch Dexter like a zombie, my friends dragged me out to theme parties, dinners, and to even to Songkran. I’m grateful for that now.

• My last few dives on Koh Tao were epic. At this point I had left my job and so I was simply fun diving with my favorite ladies on the island. Great friends, a sexy new wetsuit, killer visibility and resulting beautiful photographs — what could be better? Of course as I said, throughout this month every moment of happiness had another side — on my very final dive on Koh Tao, my mask filled with tears as I said goodbye to the reefs where my diving journey first began.

• I was shockingly terrified to travel solo again. And so the moment when I arrived in Ayutthaya, having made it there in one piece, by myself, utilizing nothing but two dollars, the kindness of strangers, and public transportation, I was irrationally proud of myself. It was such a pure high in a period of real heartbreak.

• This might sound silly, but this was the month in which I realized I have truly acclimatized to brutal heat. April is the hottest month of the year in Thailand, and some unladylike sweating aside, I survived. I’ll always remember the day that I spent cycling around the ruins of Ayutthaya in the searing sun and returned to my guesthouse to the news that temperatures that day reached 36 °C, or 97°F. Once upon a time that kind of temperature would have left me gasping on the floor on the local 7-11 (air-con central in Southeast Asia) but on that day I had been basically unfazed while I hoofed across an ancient city.

• Everything about my two day stay in Lopburi was a highlight. Seriously, I love this little town. Sweet, small, and teeming with resident monkeys. Name me a more perfect place to pass through en route to Northern Thailand!

• In a similar animal-related vein, the absolute highlight of my time in Chiang Mai (aside from the obvious, hanging out with pals Wim and Dave) was playing with a baby tiger. The adrenaline rush of going face to face with a top predator of the animal kingdom combined with the reflexive awww that comes along with petting baby animals was impossible to top. 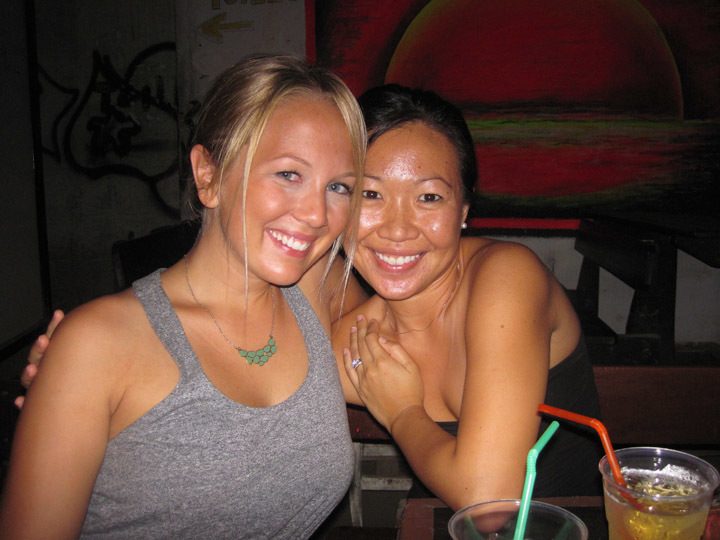 • My year simply did not have a lower low than this. I think I’ve said all there is to say on this topic, so I’ll just sum it up as this: my life exploded on that day. But I’m picking up the pieces, slowly and surely.

• I spent so very much of Month 10, back in New York, realizing how much I freaking loved my life in Koh Tao. I had this epiphany of gratefulness, and was kept up at night with excitement about getting back and eating at my favorite restaurants, dancing at my favorite bars, working at the job I loved so much and hanging out with my favorite people. Sadly, life blew up in my face within 48 hours of my return, and things were quite obviously not the same after. Ergo — there were a lot of unfulfilled hopes and a great mourning for the life I loved so much and maybe didn’t appreciate enough until right before I lost it.

• My emotional issues took a very physical toll. I couldn’t eat, and my borderline IBS was making me miserable. Though I suppose the upside of this is I lost all that weight I was whining about — I dropped 15 pounds in a month. On top of that, I was also having serious sleep issues. In fact, what finally pushed me over the edge to book a plane ticket home was a series of near-hallucinatory nightmares I had which left me terrified for nightfall. Here’s a little solo travel tip: refrain from sharing said hallucinatory nightmares with others, unless you would like to spend the next hour explaining that you do not in fact have malaria, and refusing insistent offers to take you to the malaria clinic. Not looking like a crazy person: Fail.

• This is kind of anti-climactic after I  just admitted that I didn’t sleep for three days because there were totally snakes in my bed, but I didn’t really like Chiang Mai. Despite spending time with my wonderful friends and doing some cool stuff like seeing the tigers and ziplining, nothing about the city captivated me. You win some, you lose some. 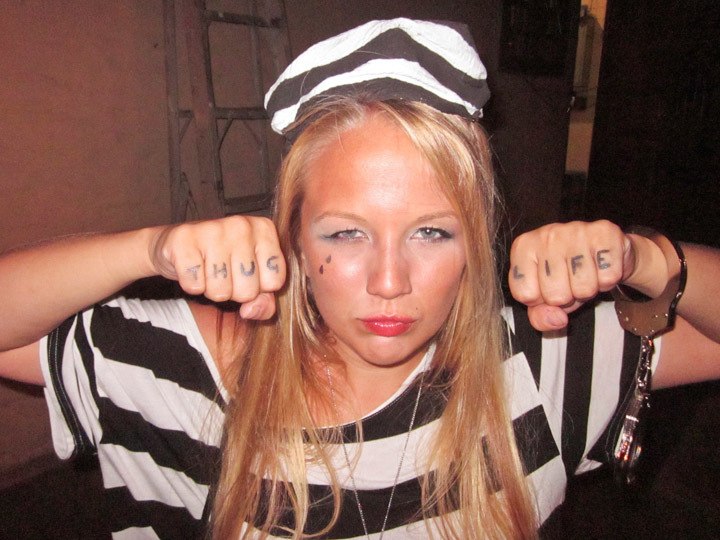 you guessed it: another Koh Tao theme party

Despite being an emotional wreck I somehow managed to once again increase my freelance/advertising earnings this month. And lucky that was, because I definitely engaged heavily in the travel equivalent of retail therapy — splurging frequently on massages, expensive cocktails, etc. 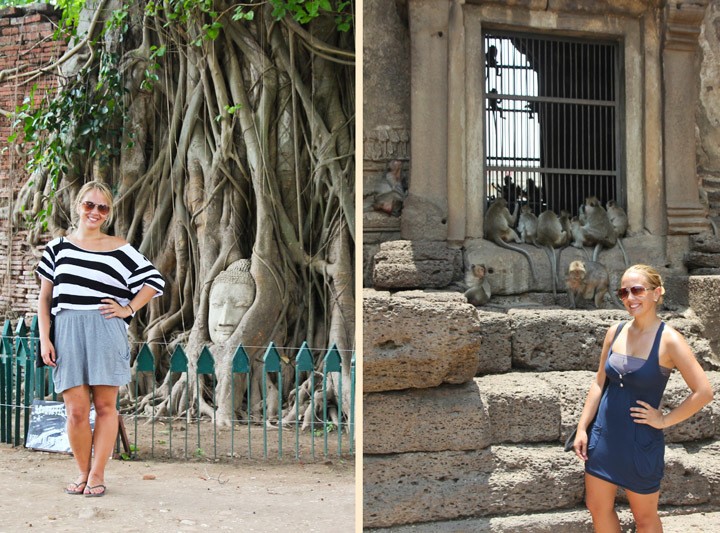 The final month of Year One of my Great Escape would bring me to a totally new country: Laos!

The Next Piece of Paradise

I ❤ Laos The Sights of Luang Prabang
13 Comments...