The Great Escape: Month 3 and 4 Roundup

Soooo. We’re back to catching up on the Monthly Roundups that I dropped the ball on. Since we are fast approaching the dawn of the Month 5 Roundup, I better wrap up 3 and 4 here.  So now for a little Alex in Wanderland time machine action…

Months 3 and 4 were blissfully spent living the expat life in Koh Tao. While it was nice to settle down in one place for a while, it was still a fairly hectic two months as I learned to drive a motorbike, re-entered the underwater videography world, crashed my motorbike, partied my butt off, moved three times, worked what felt like a million odd jobs, and most seriously, struggled with a fairly serious bought of depression.

Note: Once I’m caught up I decided to put these Monthly roundups in chronologically with my posting rather than on the actual monthly anniversary of my travel. That way they will make a bit more sense and I can link to relevant posts. 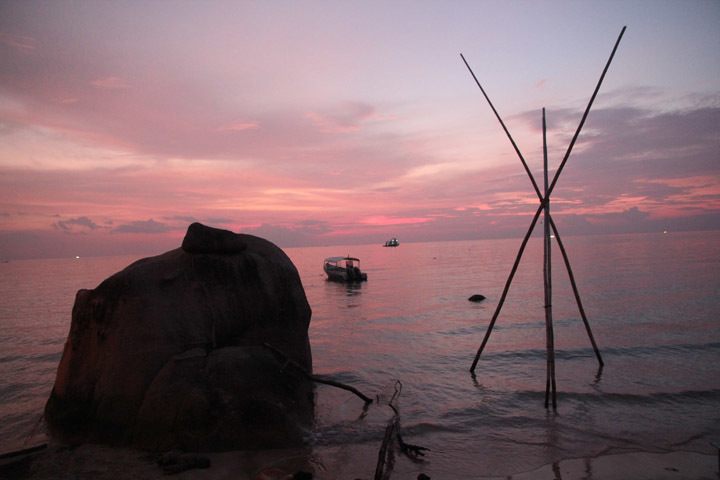 • Not only the highlight of my month but perhaps my year- diving with a majestic whaleshark at Chumphon Pinnacle. And getting to film it! It’s so corny to type that it almost hurts me, but it’s true: my mask was filled with tears and my heart was filled with joy.

• Exploring the setting for the book/movie The Beach at Ang Thong Marine Park… that movie first planted the seed of the idea to visit Thailand in me two years ago so it was surreal to finally be there!

• Getting back into diving. While I’ve been lucky to dive in both the Bahamas and Ibiza this year, I missed living in the Cayman Islands and being able to hop in the water almost every day. From diving the famed site of Sail Rock to the brand new wreck dive to the out-of-this-world UV diving, I had a bang up two months and did 30 dives!

• Getting back into work. While I had big plans to freelance this summer, most of the jobs I did were either super tiny or fell through. I was starting to think my whole working-on-the-road scheme was destined for disaster when I landed an underwater video job my first day in Koh Tao. I love the company, I love the people and I love the job and I hope to work for them again when I return. Additionally, I was able to pick up some worthwhile freelancing design and editing jobs and make some progress with this lil’ old blog! And the best part of being a productive, working member of society? Taking a day off.

• Enjoying physical fitness for the first time with the start of Muay Thai training. Not only did I find a workout that didn’t leave me staring at the clock, I even started enjoying the sport and attended two different fight nights in these two months.

• The ferry ride to Koh Tao after my jaunts to Koh Samui and Koh Pha Ngan– the perfect getaways. They were not only the perfect dose of modern society/fun girlfriend getaway, respectively, but also showed me that I had picked the perfect island- and it felt good to be home. 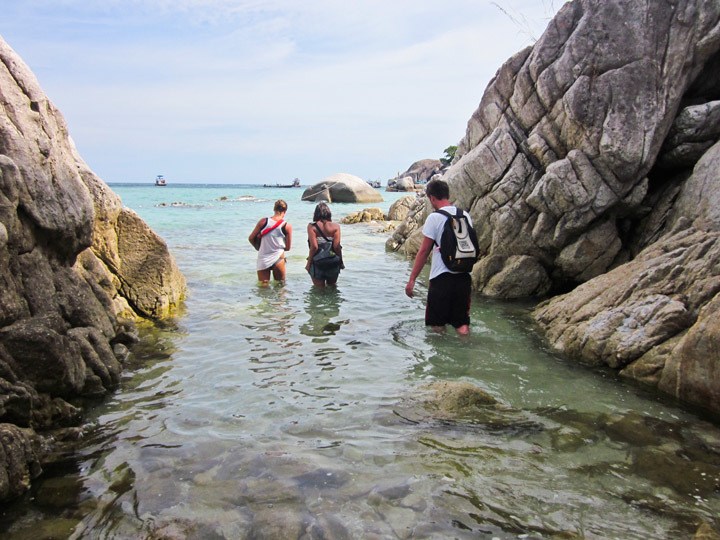 • Crashing my bike and the near crippling anxiety that ensued.

• Realizing that I’m going to have to learn to live with insects like this as long as I want to keep living in South East Asia. I’ve encountered two now, and I’m not ashamed to say that they truly terrify/sicken me.

• Working jobs I hated for the equivalent of three dollars an hour. At the time I felt like I was desperate for money but really I’m not that desperate, and I didn’t move to this side of the world to do miserable jobs. No more compromising for me!

• Working through a bought of deep depression, and not having the resources I would at home like family, close friends, doctors and medicine to get me through it. But when I finally saw the light at the end of the tunnel, and knew that I had gotten through it on my own, I felt great peace. 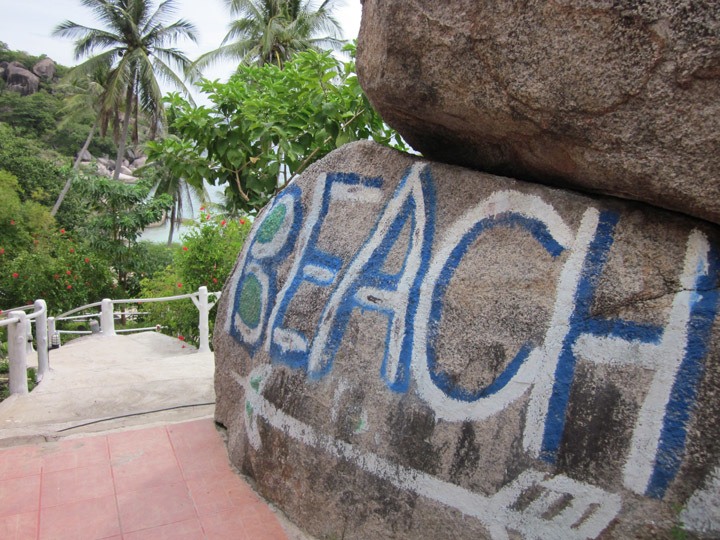 Unfortunately, I didn’t do a freeze on withdrawing cash and only work off my earnings like I had hoped I would. But I still had income over these two months and that put me in a great mental state. Hopefully now that I’ve purchased my bike and gotten a bit more savvy about the island, when I return I’ll be able to be even more frugal.

One last week on our Thai visas and then off to Cambodia to escape monsoon! We plan on retuning to Koh Tao around December for the high tourist season.

When The Traveler Goes To Art School: Travel Website

Angkor Wat by Bicycle Photo of the Week 21
12 Comments...